Here we have a well on the way, part built 3 1/2" gauge LMS Stanier mogul to the well known LBSC Princess Marina design.  This one looks like it's been a finished loco, stripped down for an overhaul which as is so often the way has not quite made it through to the end!  Along the way a few bits have seemingly been lost.  The cab, fittings, running boards and smokebox being the obvious absentees.  That said, what's there looks like it has a decent fighting chance of working!  The boiler has a few weeps on it and is certainly not something that we could economically repair here at the works and so it's priced sensibly for that lack of guarantees there!  We also have a spare Princess Marina boiler here in the works that could get you that step closer to a working loco.

The bottom end looks again like it was competently made, as does the tender, and once the gloopy red paint is dispensed with, we reckon that you could build up a decent loco from these foundations. 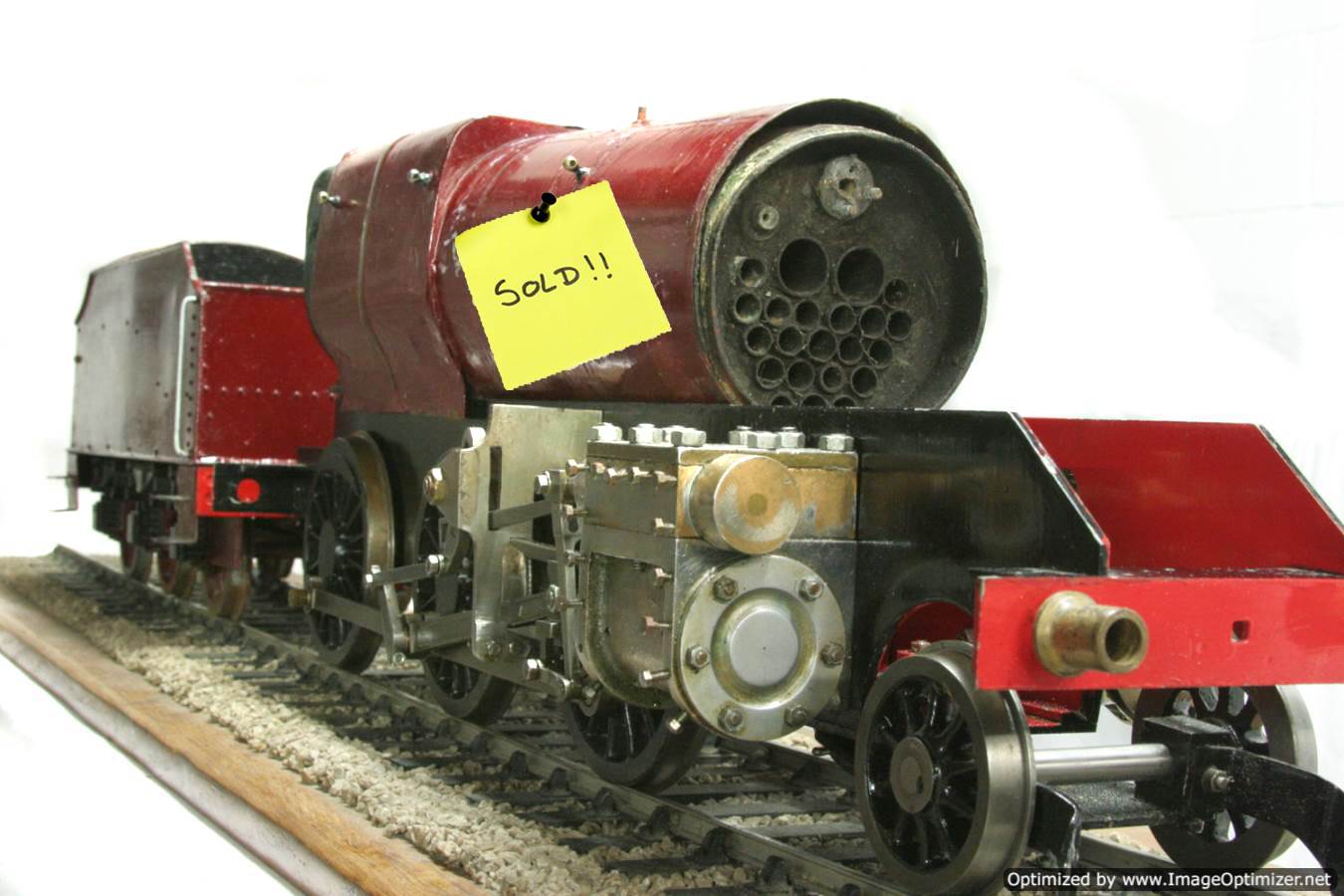