Here we have another beautiful and rare thing!  A 3 1/2″ gauge LNWR Bowen-Cooke George the Fifth Class 4-4-0 number 1681 ‘Ptarmigan’.  We’ve had this one in before a few years ago, and although it’s a slightly older model, it’s still in lovely mechanical condition.  The paint work is a little heavy handed, but not offensively so.  A published Henry Greenly design drawn for 3 1/4″ gauge, (we think from around 1912 or so,........we haven’t managed to nail the historic design details down fully!).  Either the builder, or at some point the re-builder has then re-gauged her to 3 1/2″ to make the loco usable in the now standardised model engineering world!  The model is particularly well detailed for it’s age, we’ve seen another one of these in Brian Hollingsworth’s book ‘LBSC his life and locomotives’, where he had done the same thing re-gauging one from 3 1/4″ to 3 1/2″.  This one is much more detailed and generally a much nicer build than that.

Sadly, as with a great deal of models that we come to, all records of it’s history and past have been lost along the way, so this model could of course have been built at any point over the last 100 years!  But judging from the general build we would suggest this to be a 1930s or 40s build that has undergone a re-build and re-paint some time in the 60s.  The good news as well is that as you can see from the photographs, this has been used as a runner,….. there is lead hidden everywhere!  It’s sculpted under the wheel arches, there is a thin sheet on the underside of the cab roof, it’s behind the sand boxes, under the boiler, and there’s a huge lump bolted to the underside of the ash pan.  It’s a heavy little thing for it’s size, and the previous owner or builder clearly wanted it to punch above it’s ‘apparent’ weight,….. which we reckon it will!

So, have a good look at the photos.  This is another one that has flicked our switch here at Steam Workshop towers,…… we can sort you out a hydraulic and steam test if you’re planning to run her, and we can of course re-commission her so she’s ready for you to just hit the track and play.  Lovely little thing, deserving of a new lease of life. 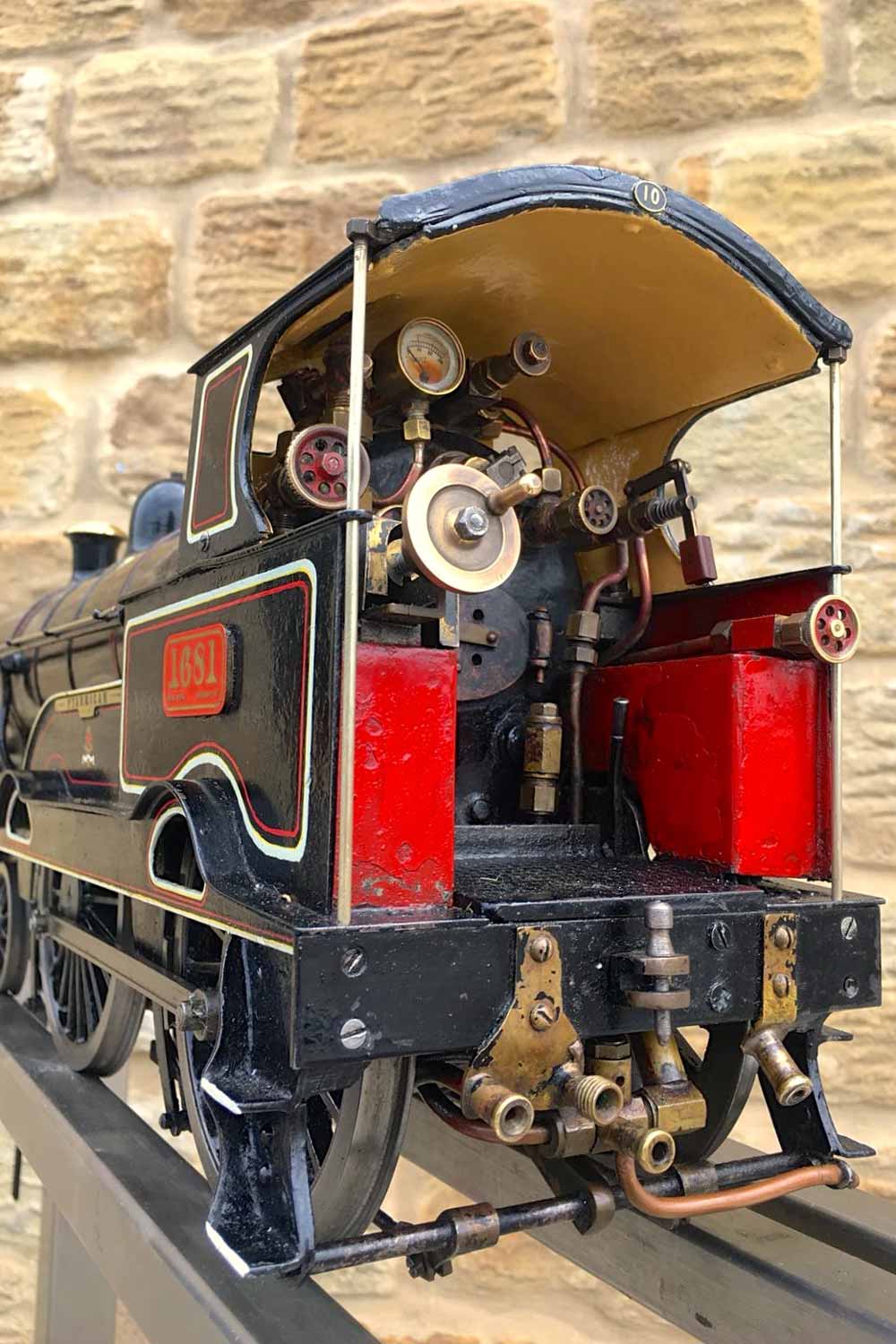 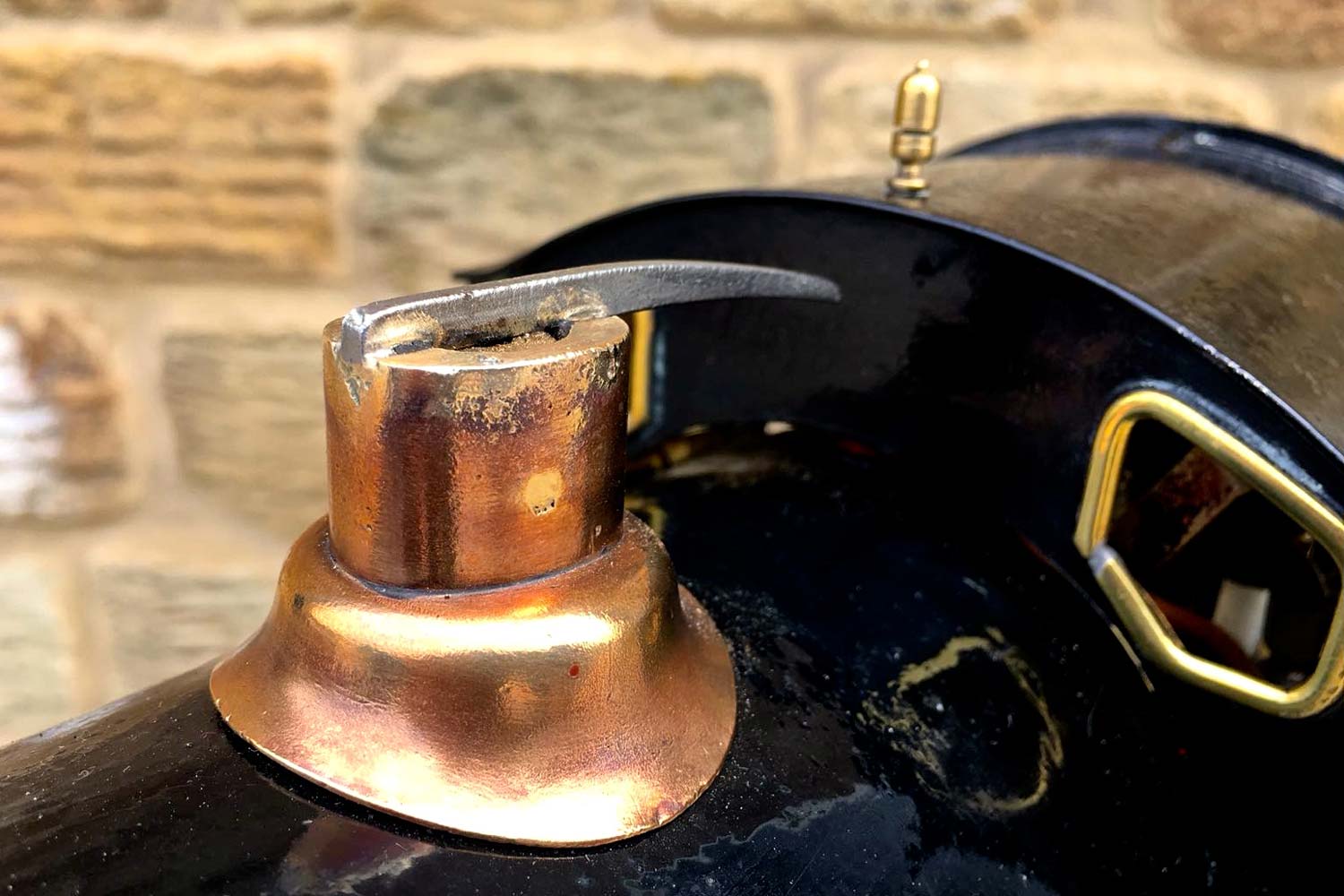 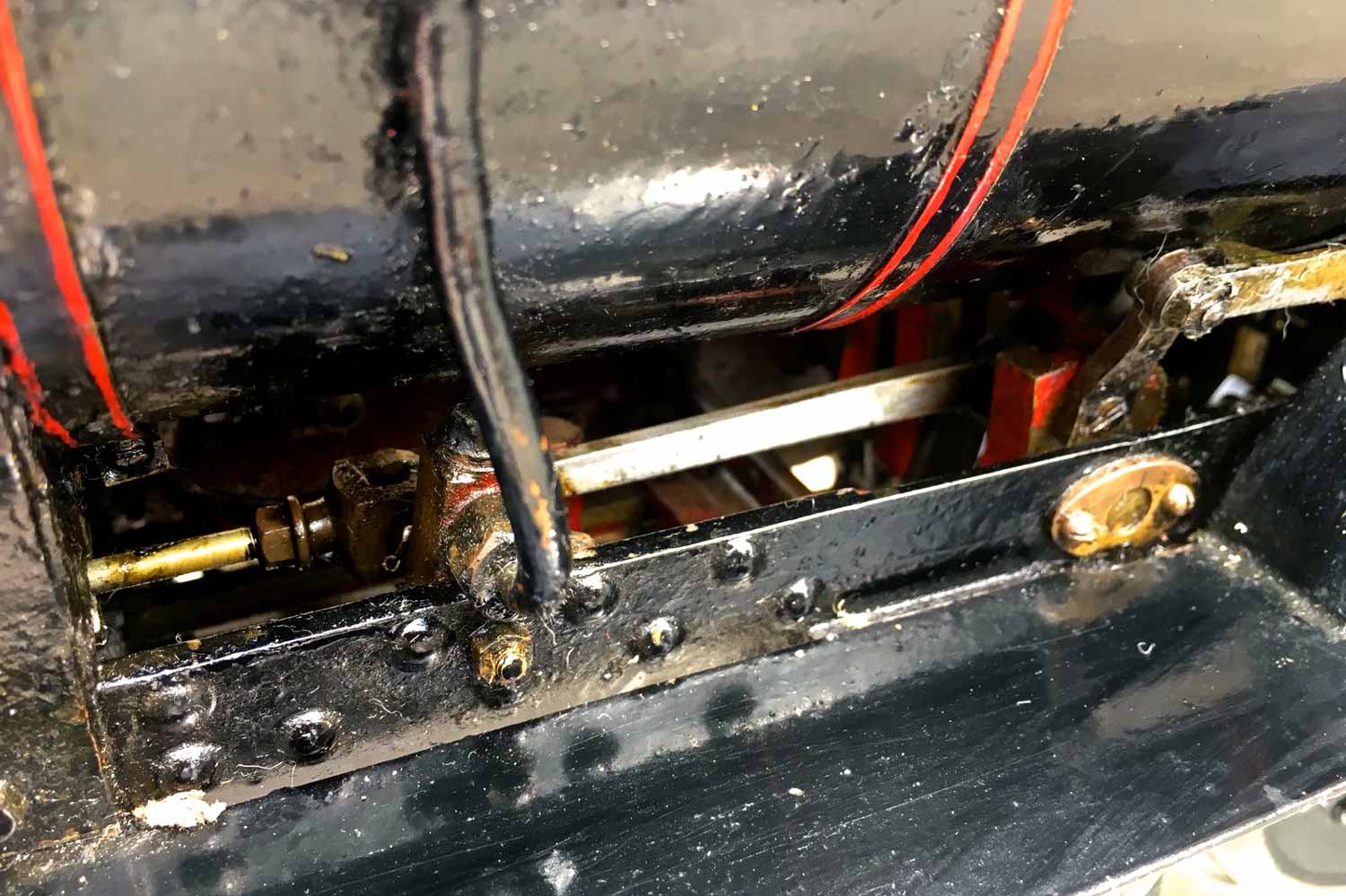 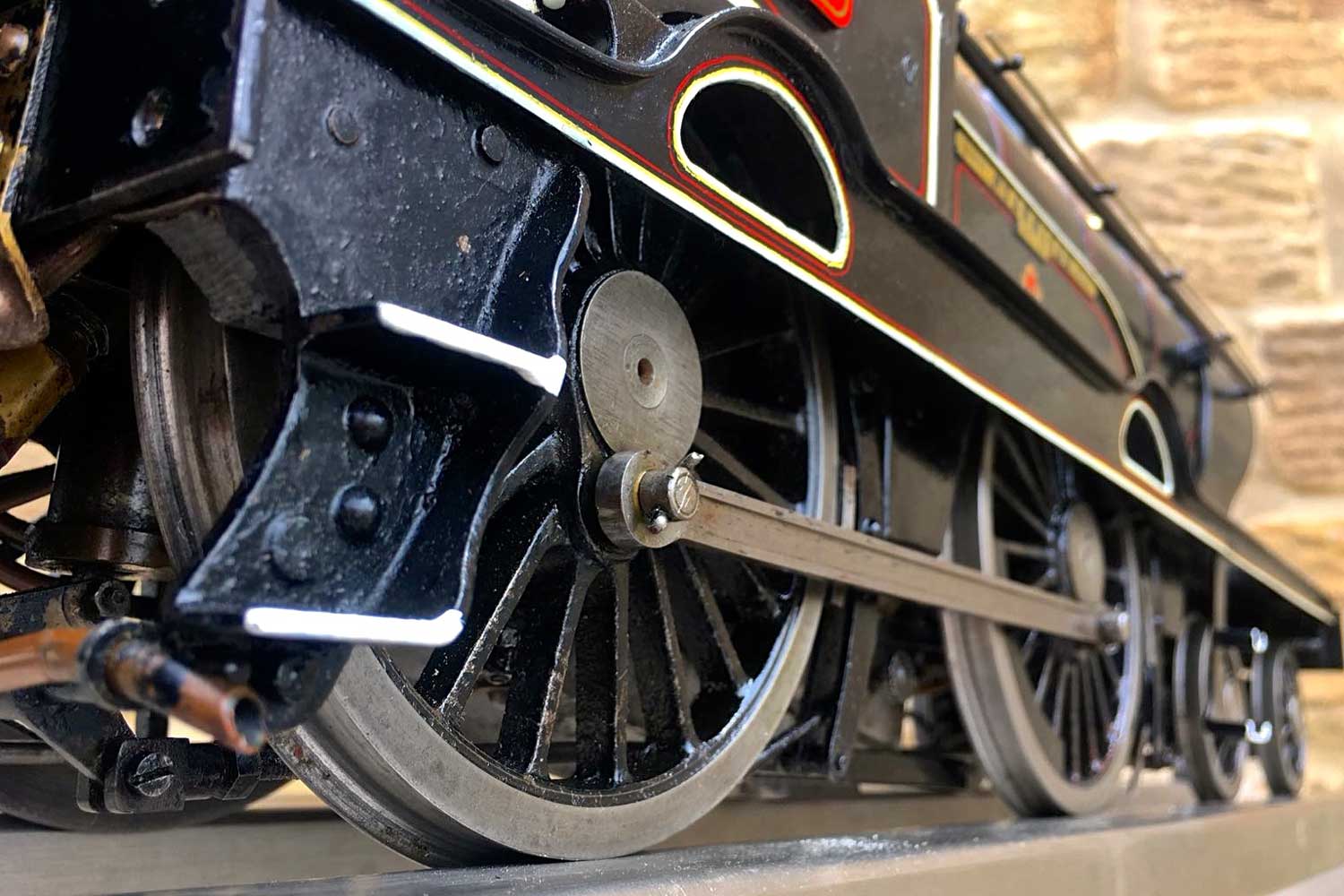 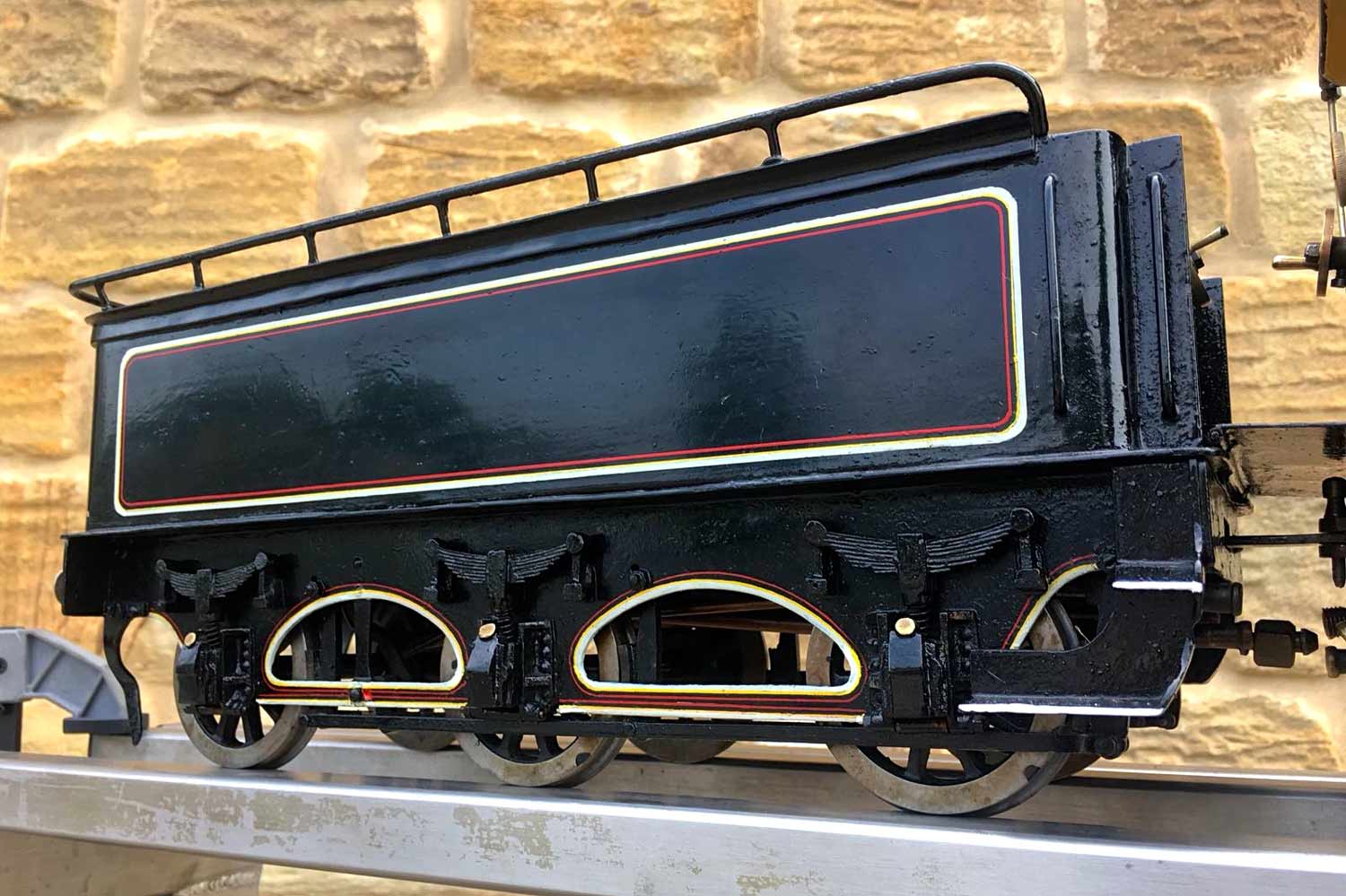 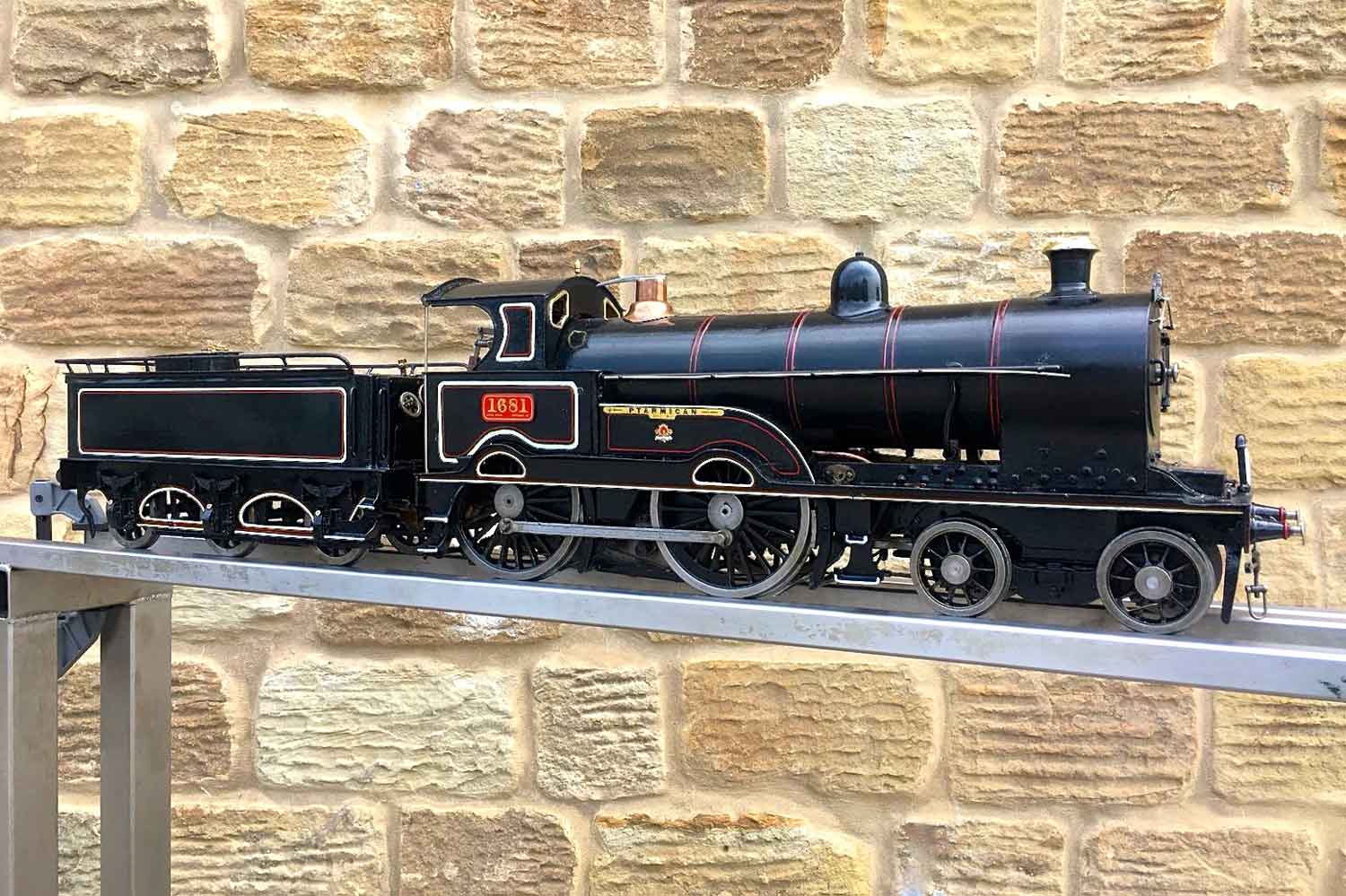 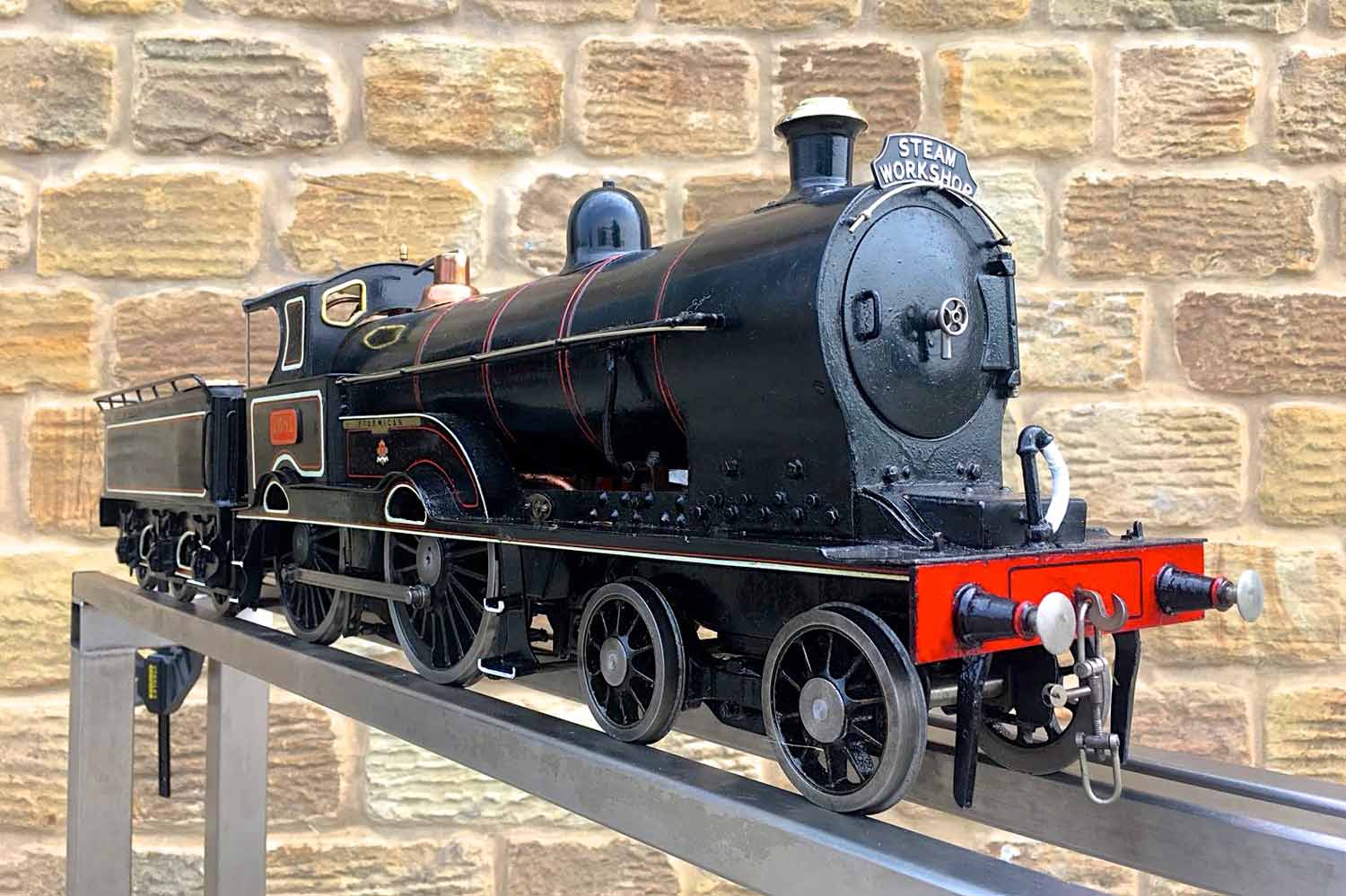 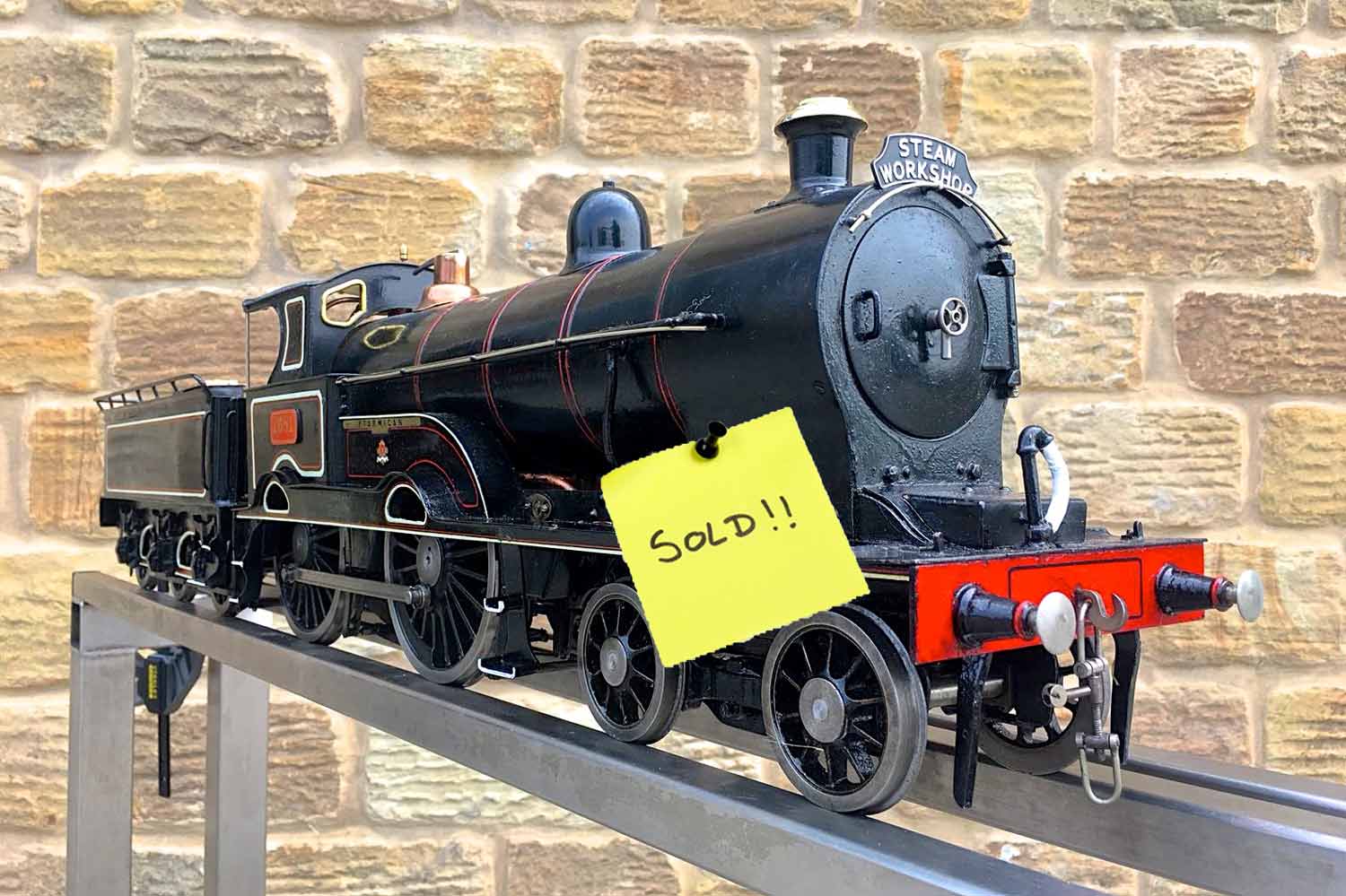 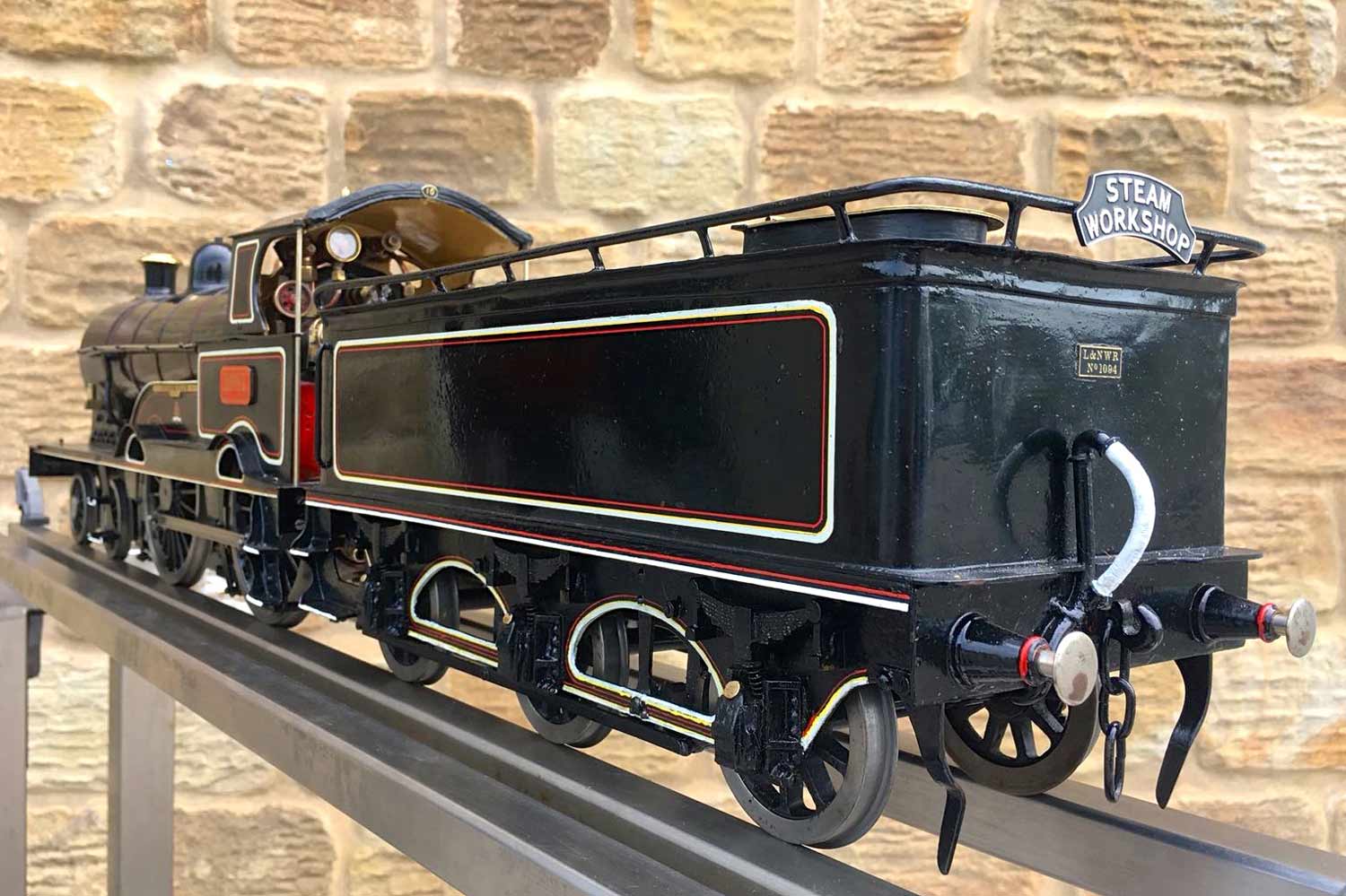 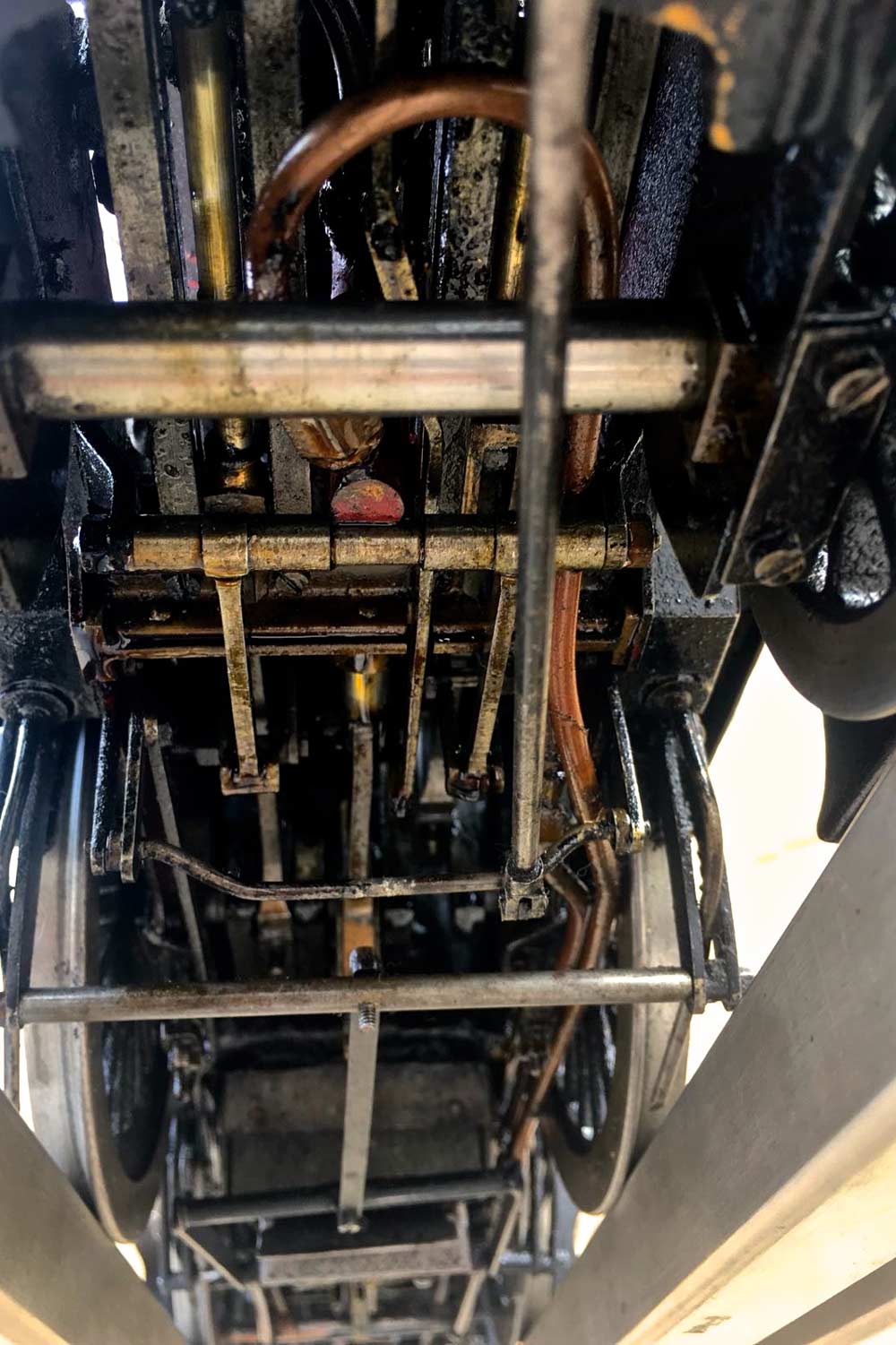 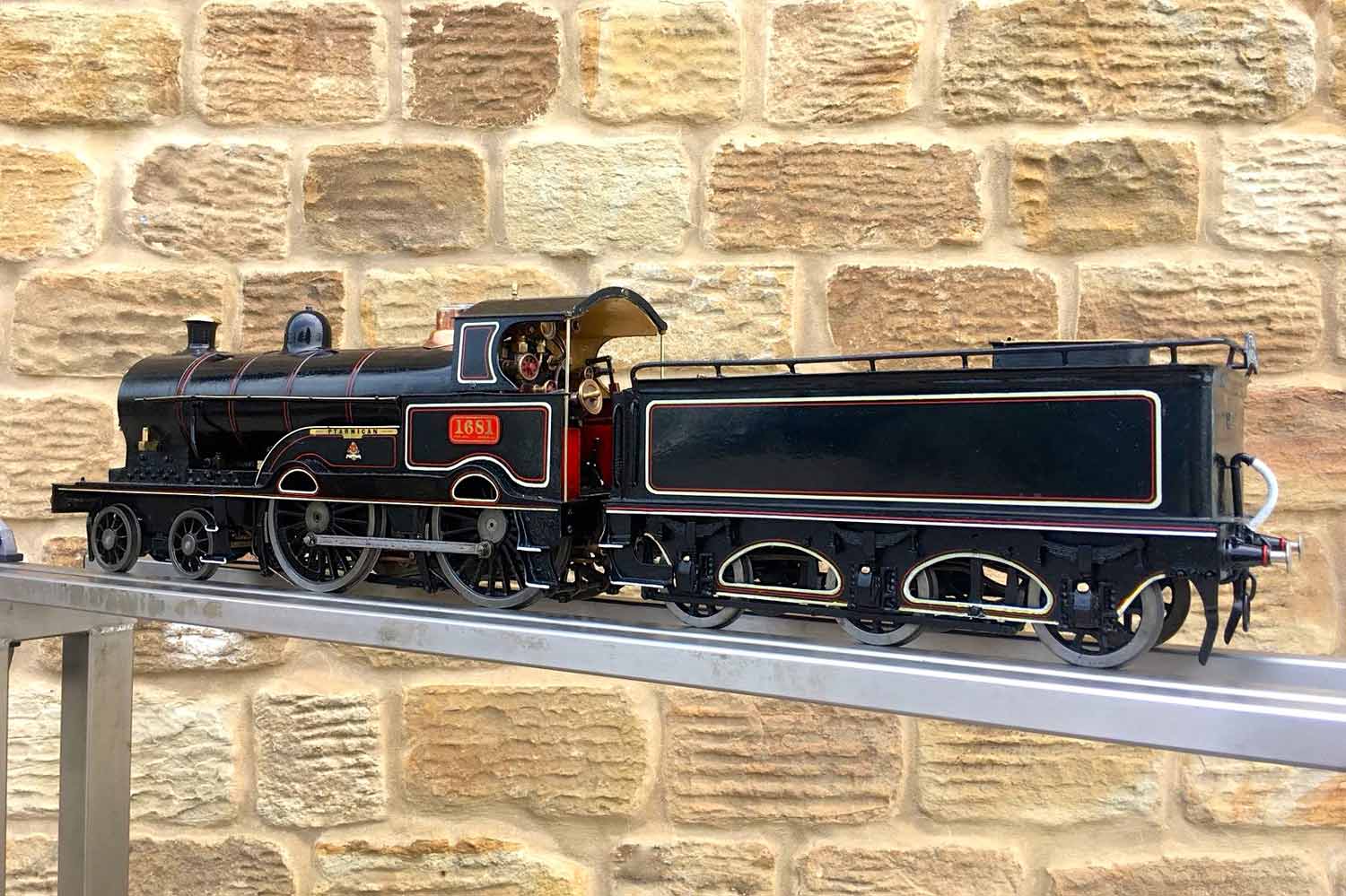 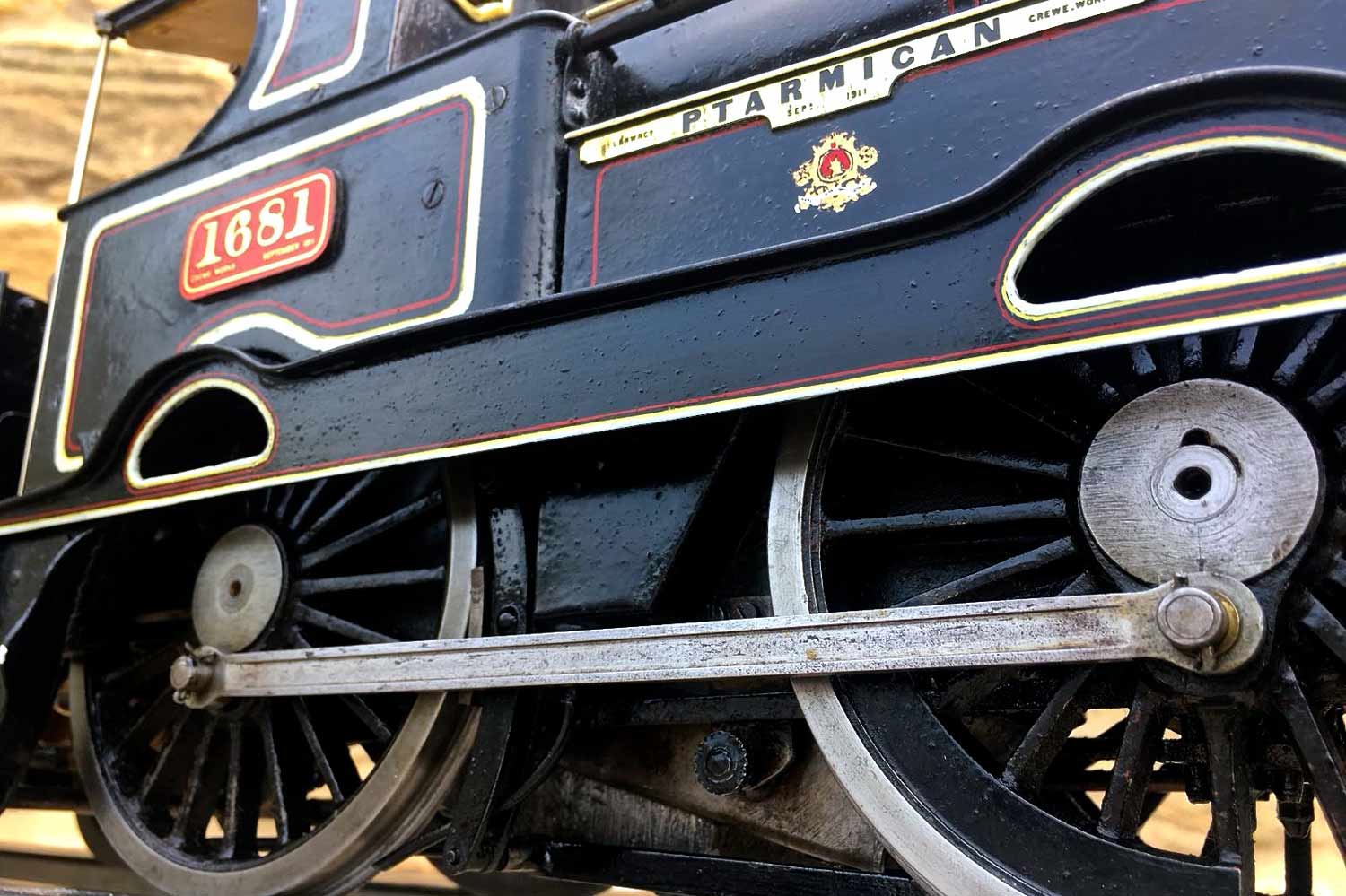 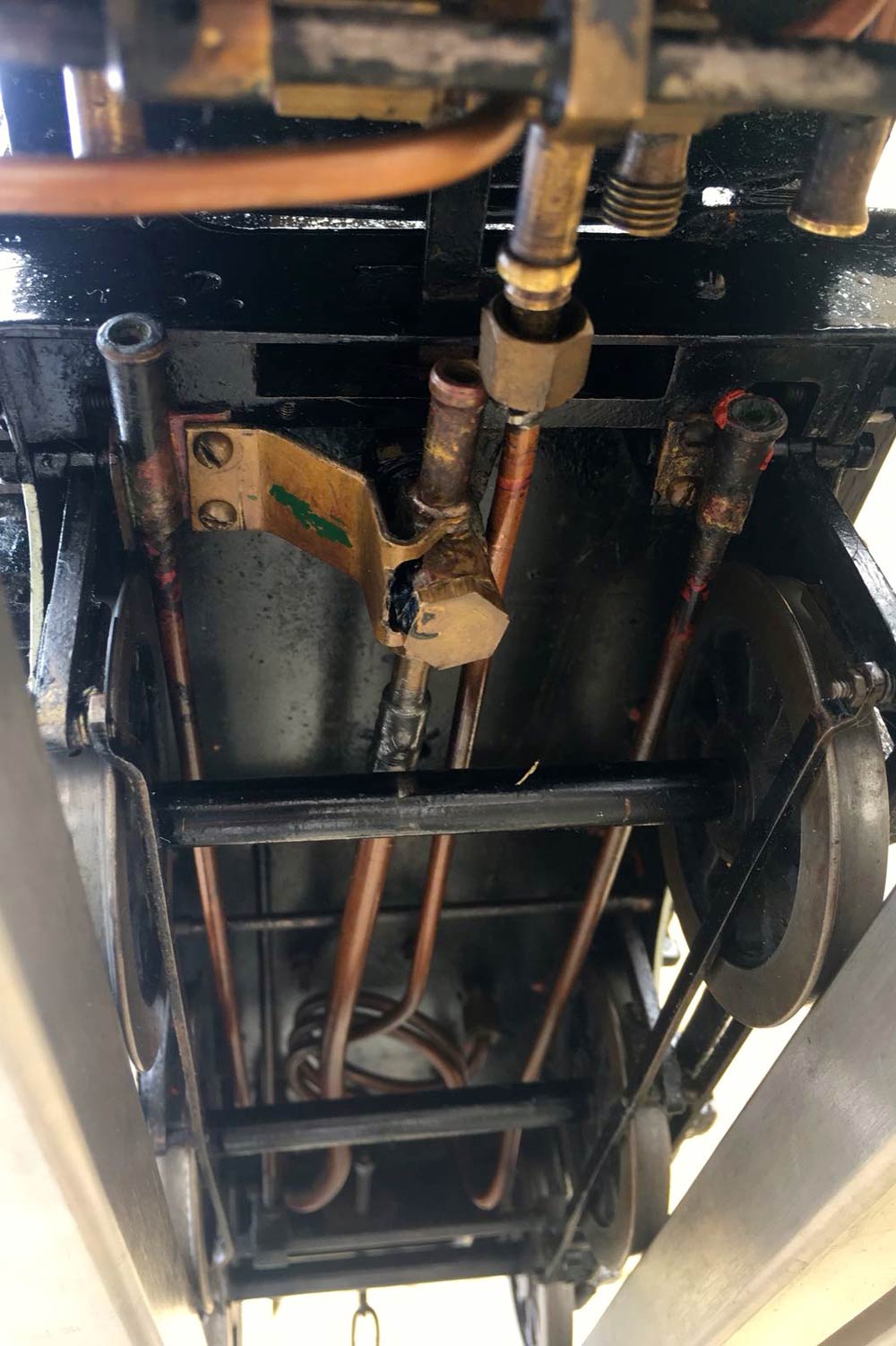 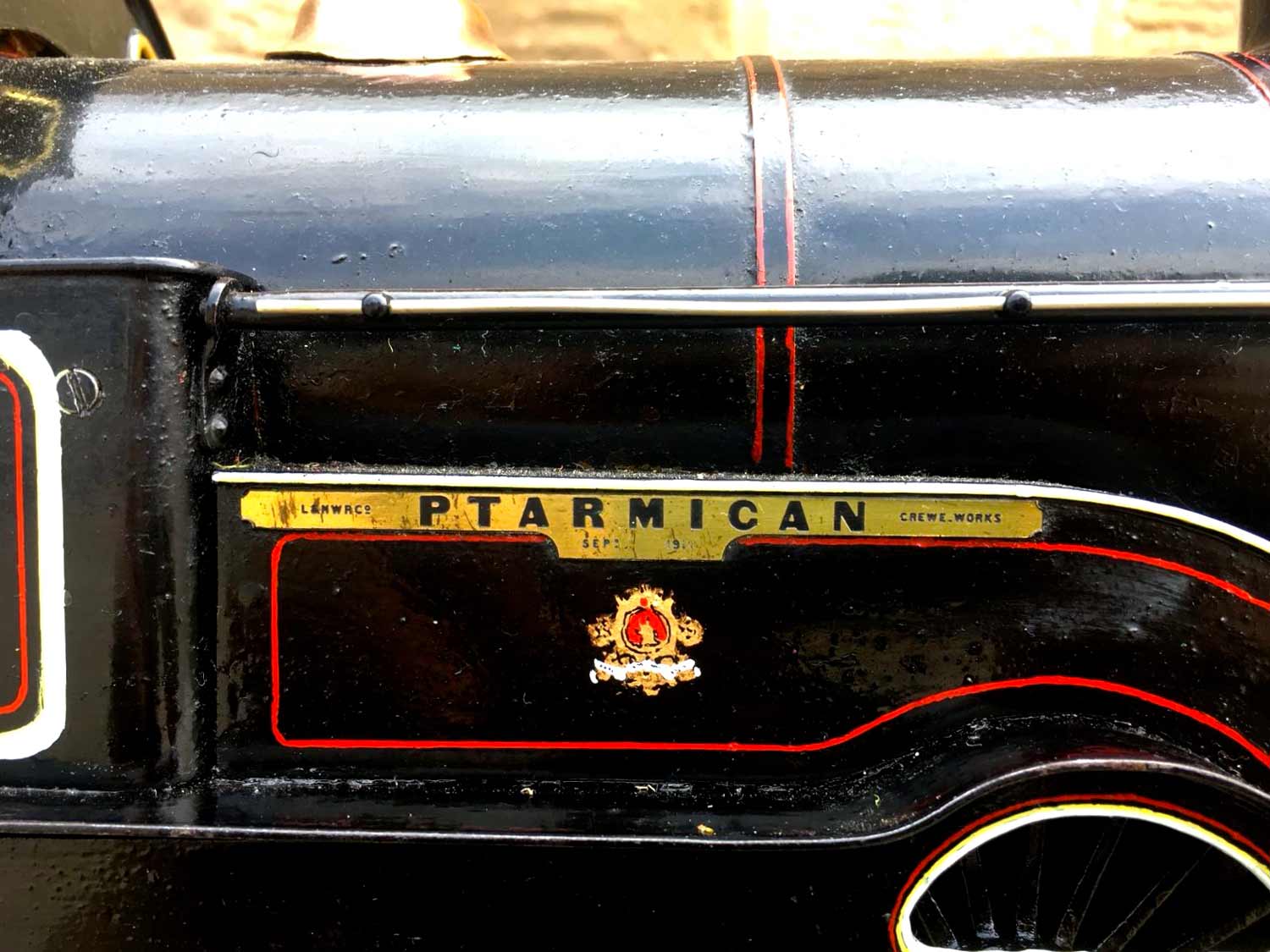 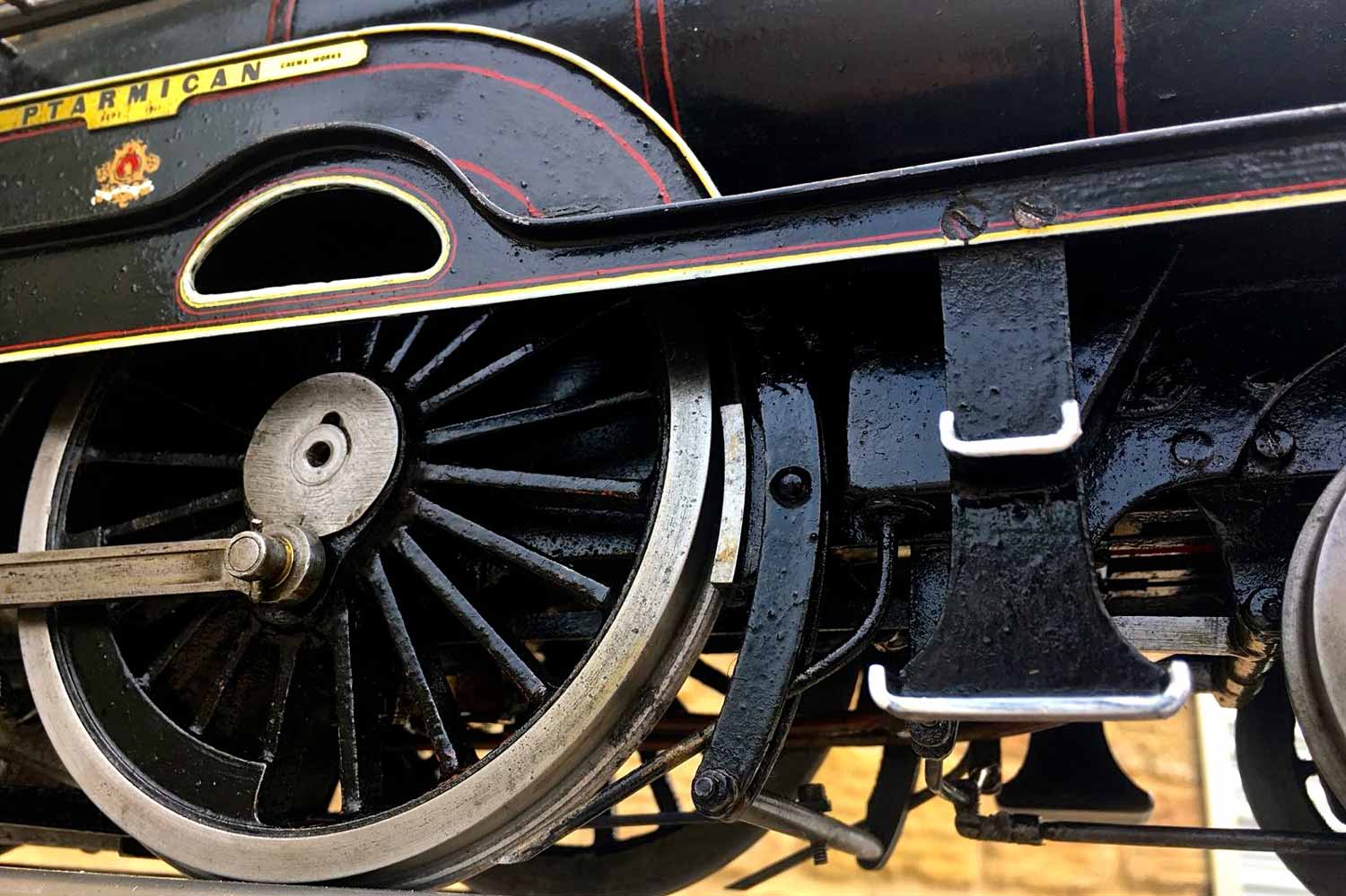 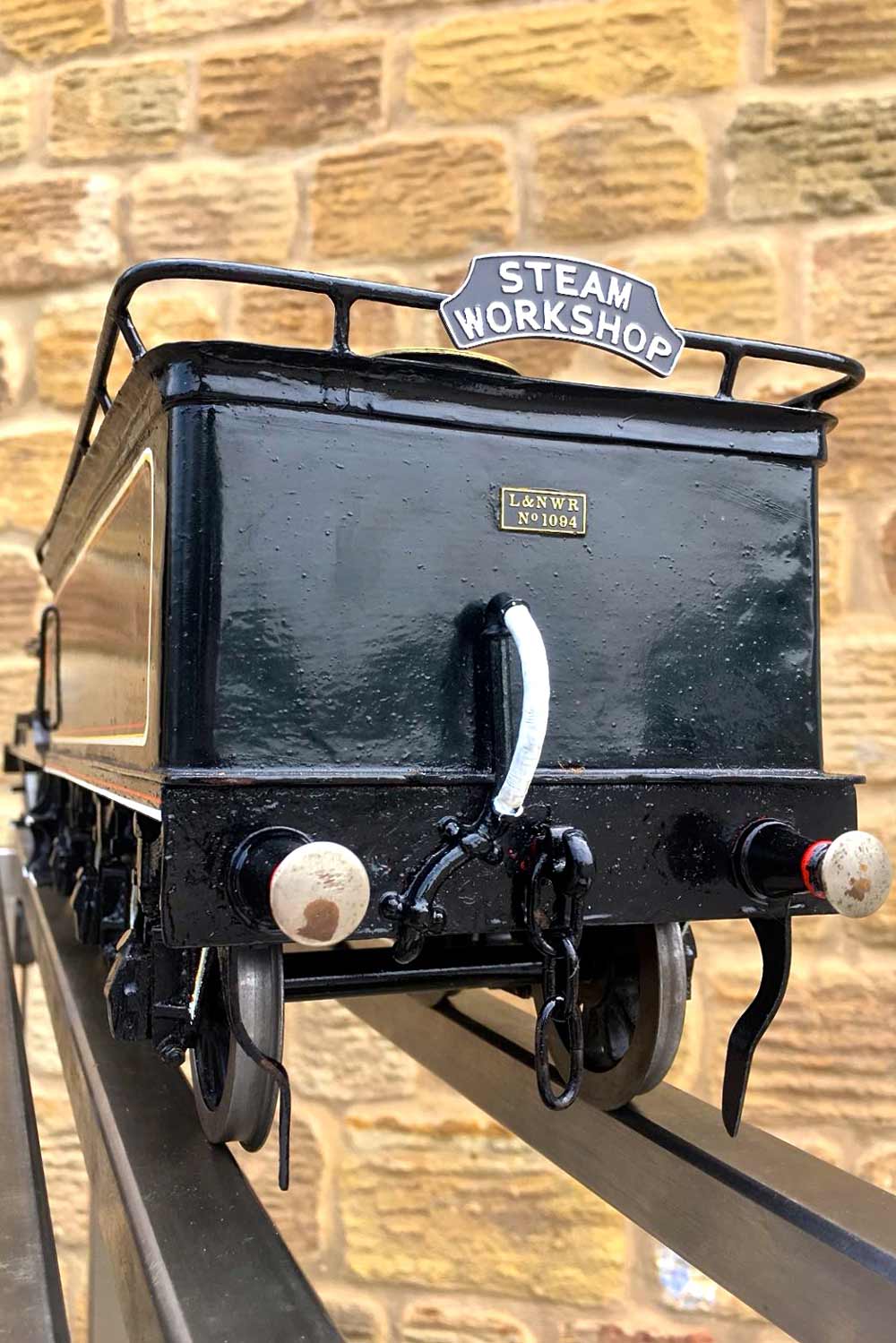 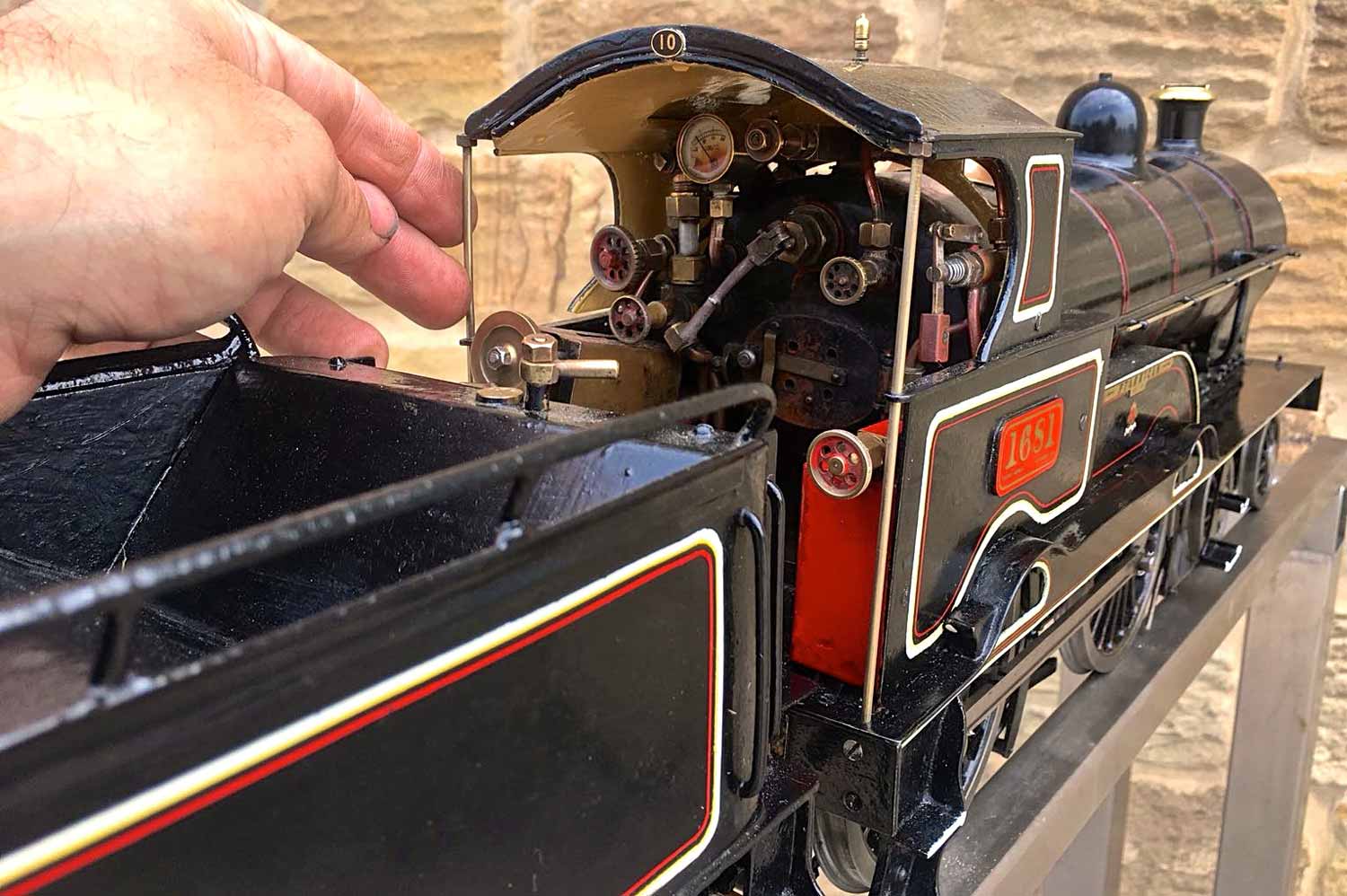 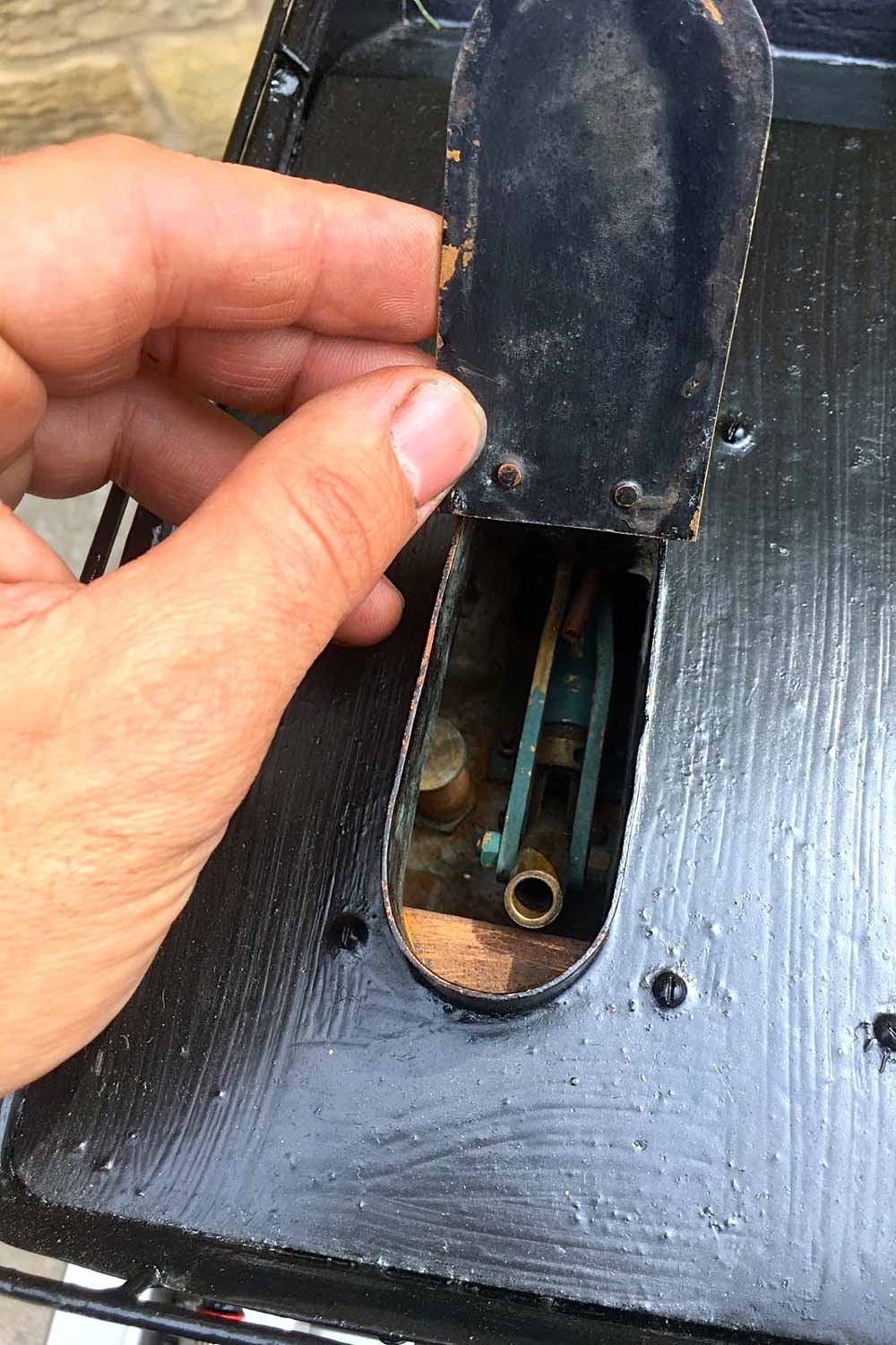 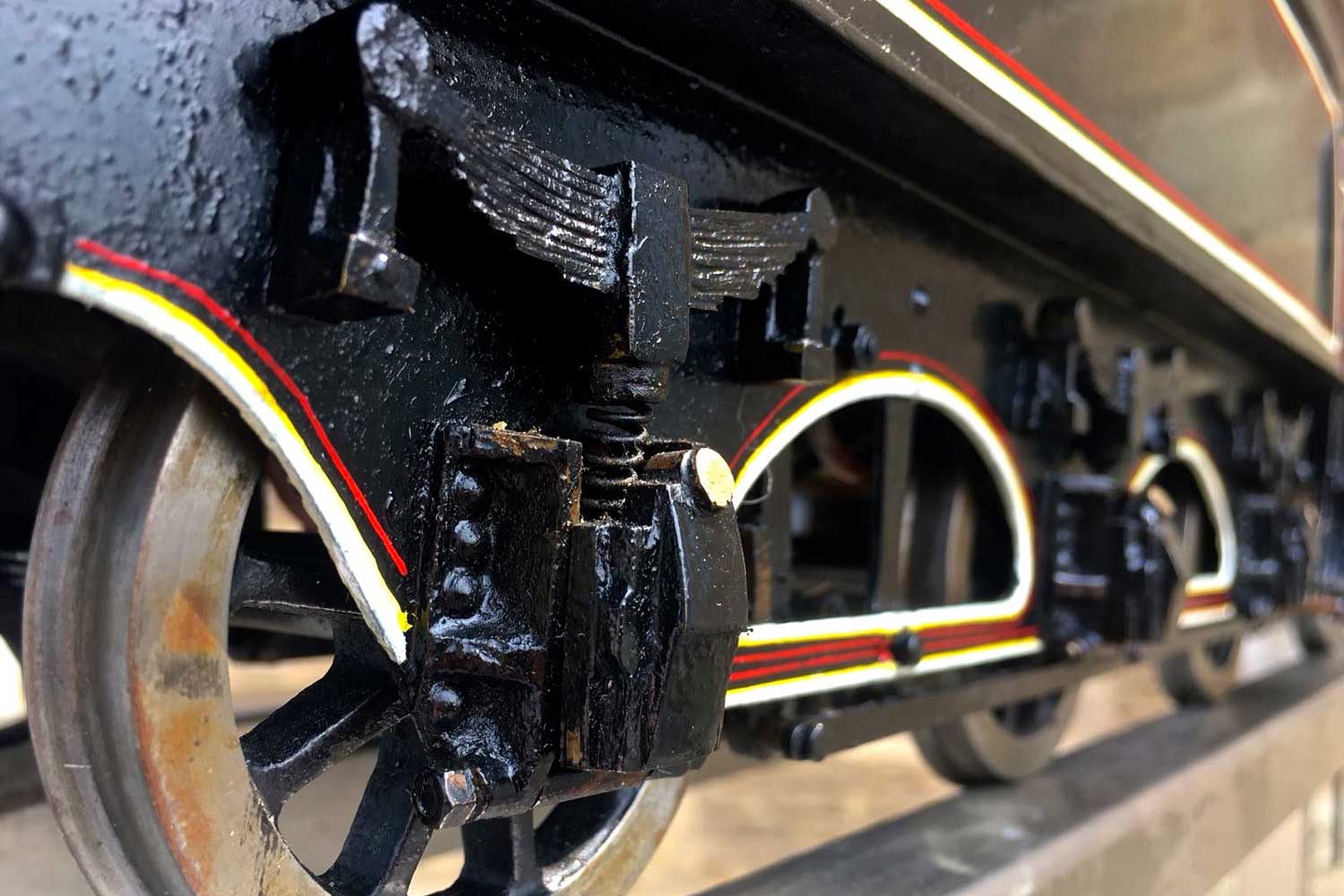 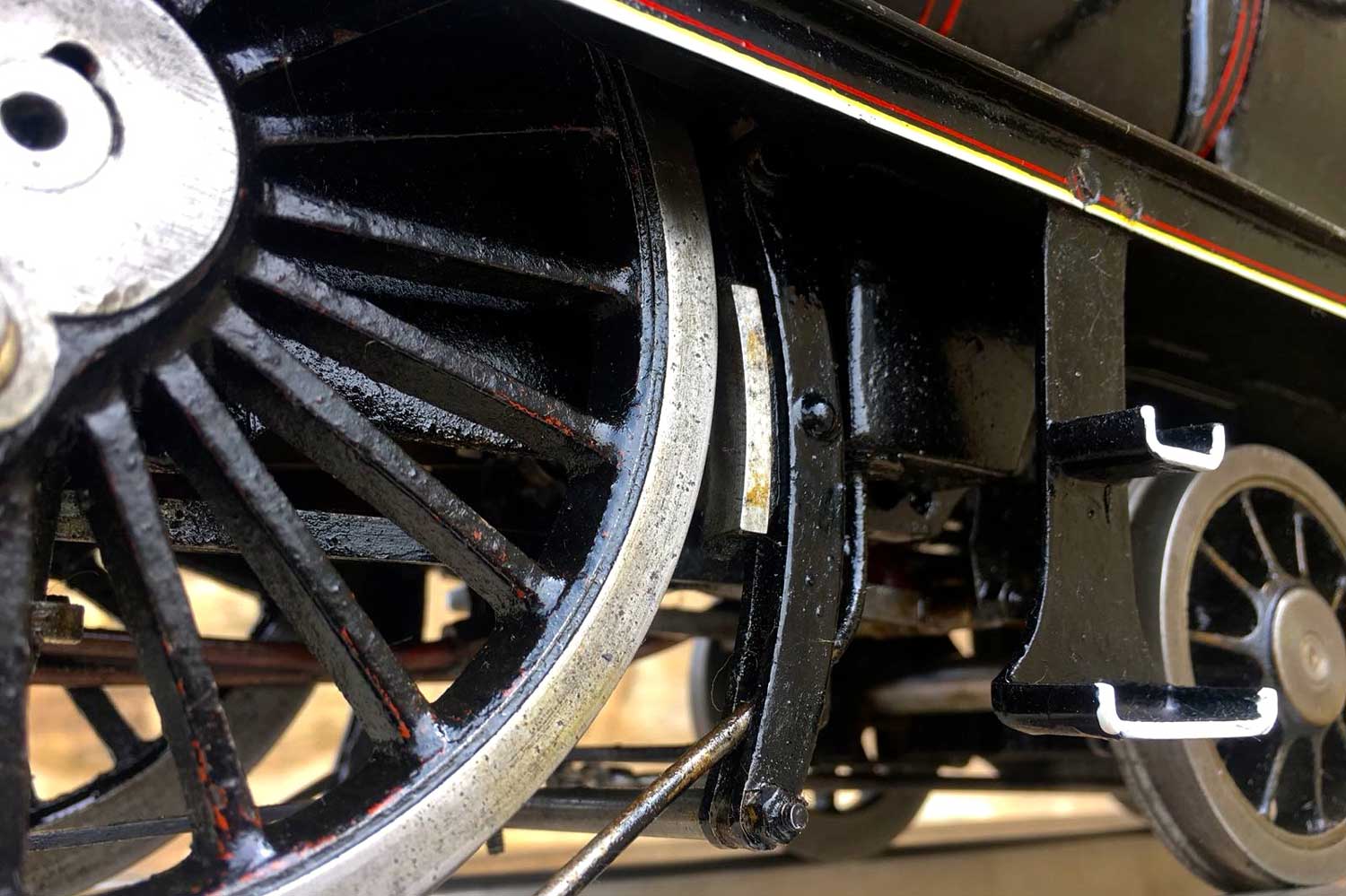 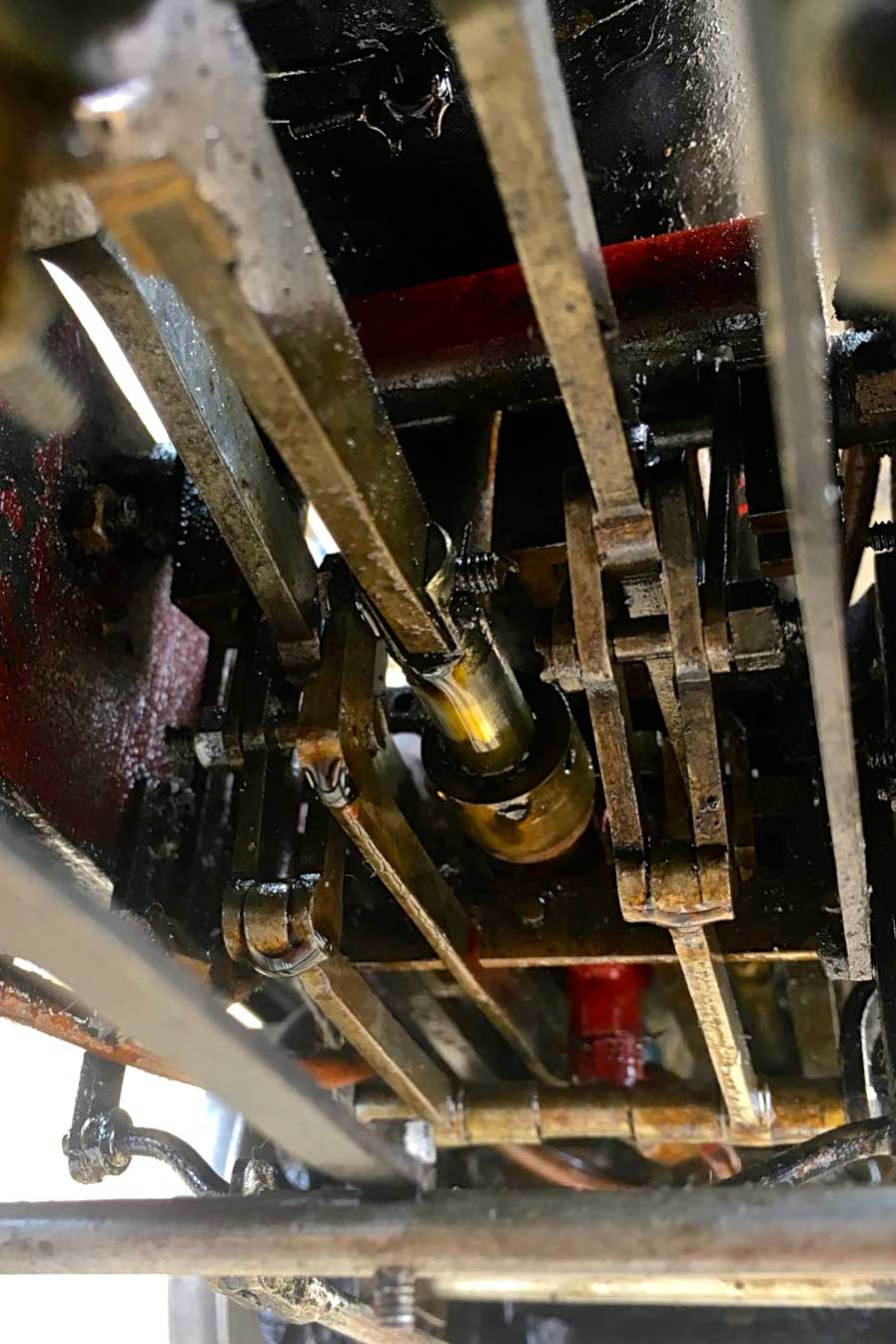 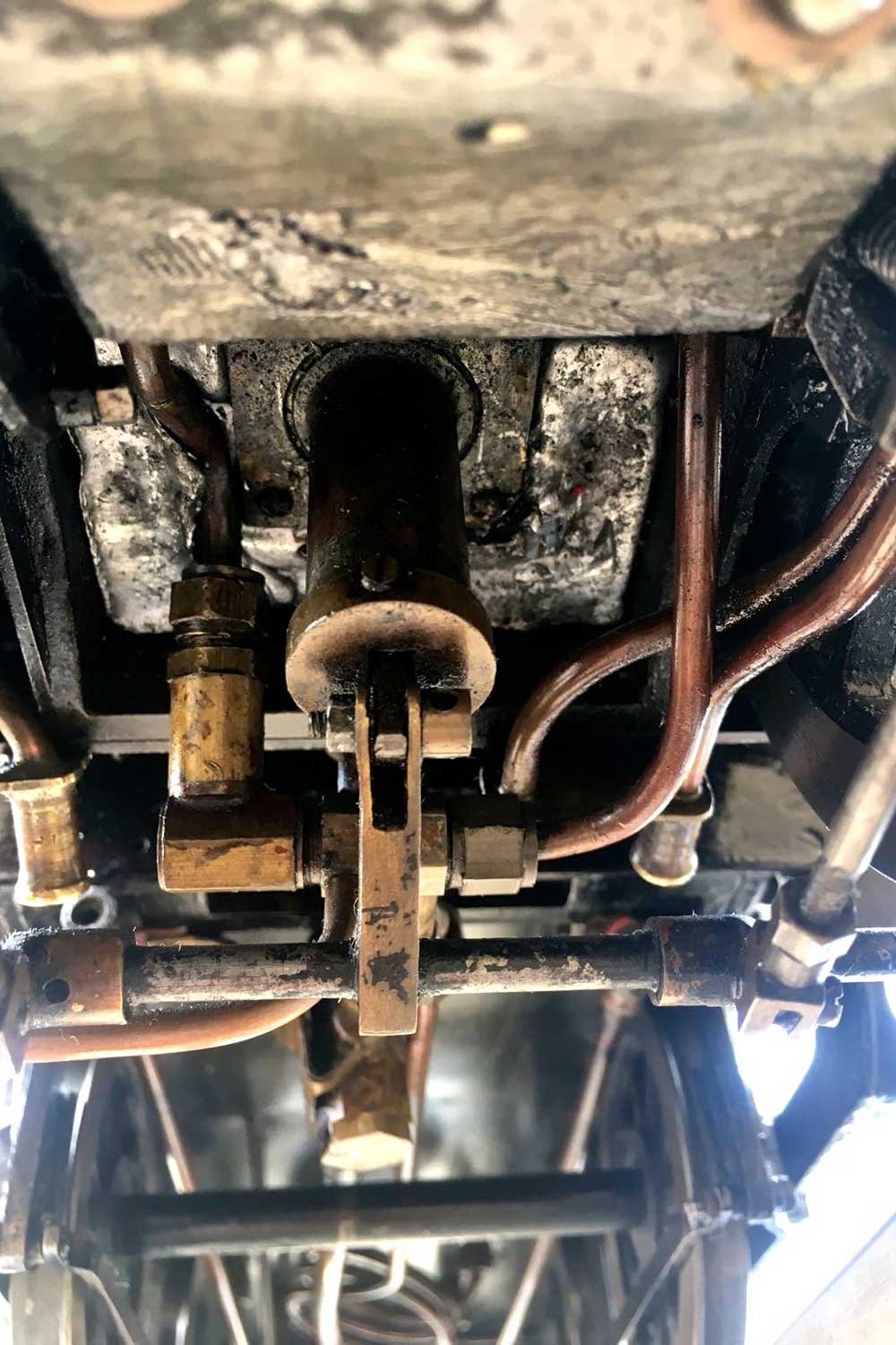 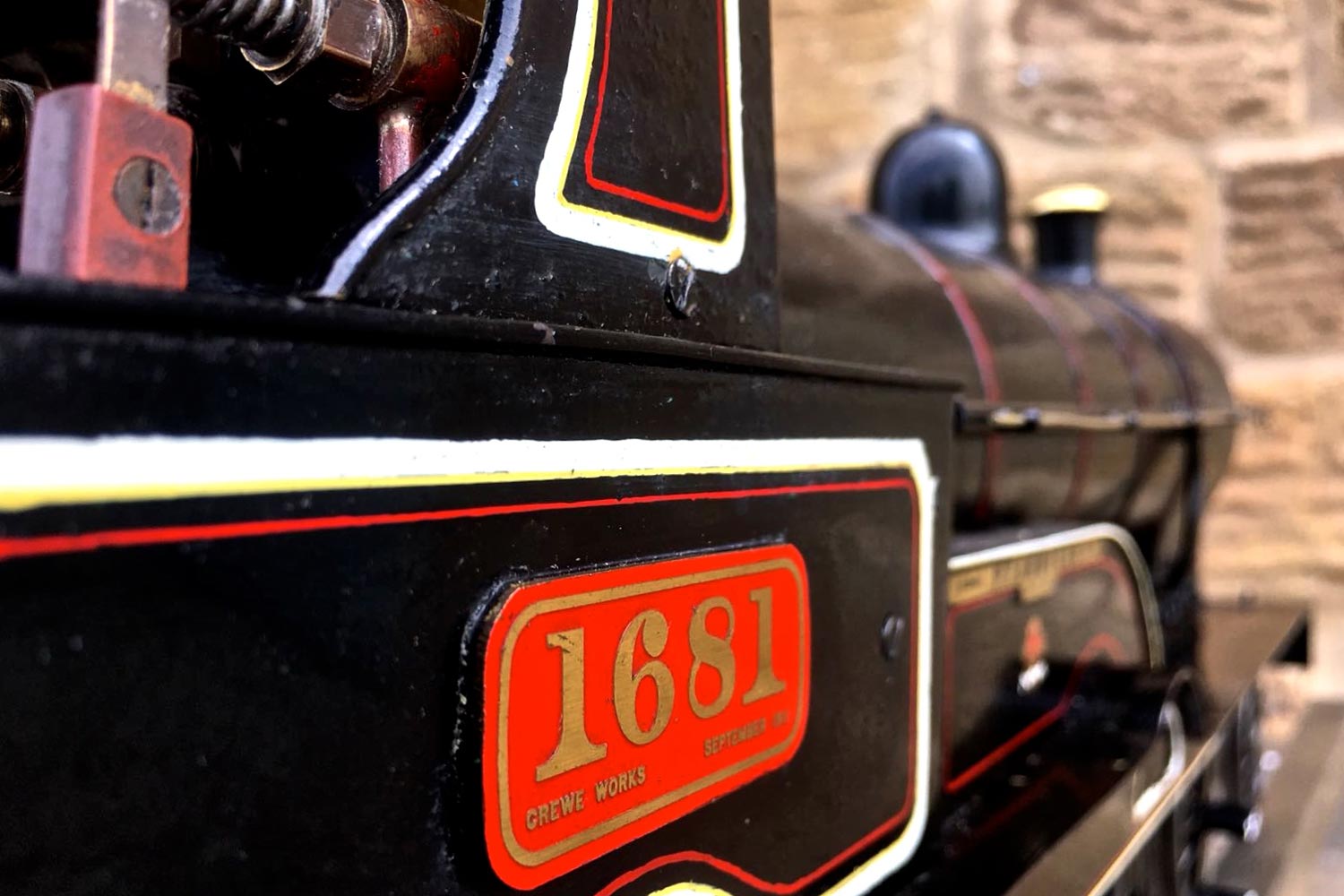 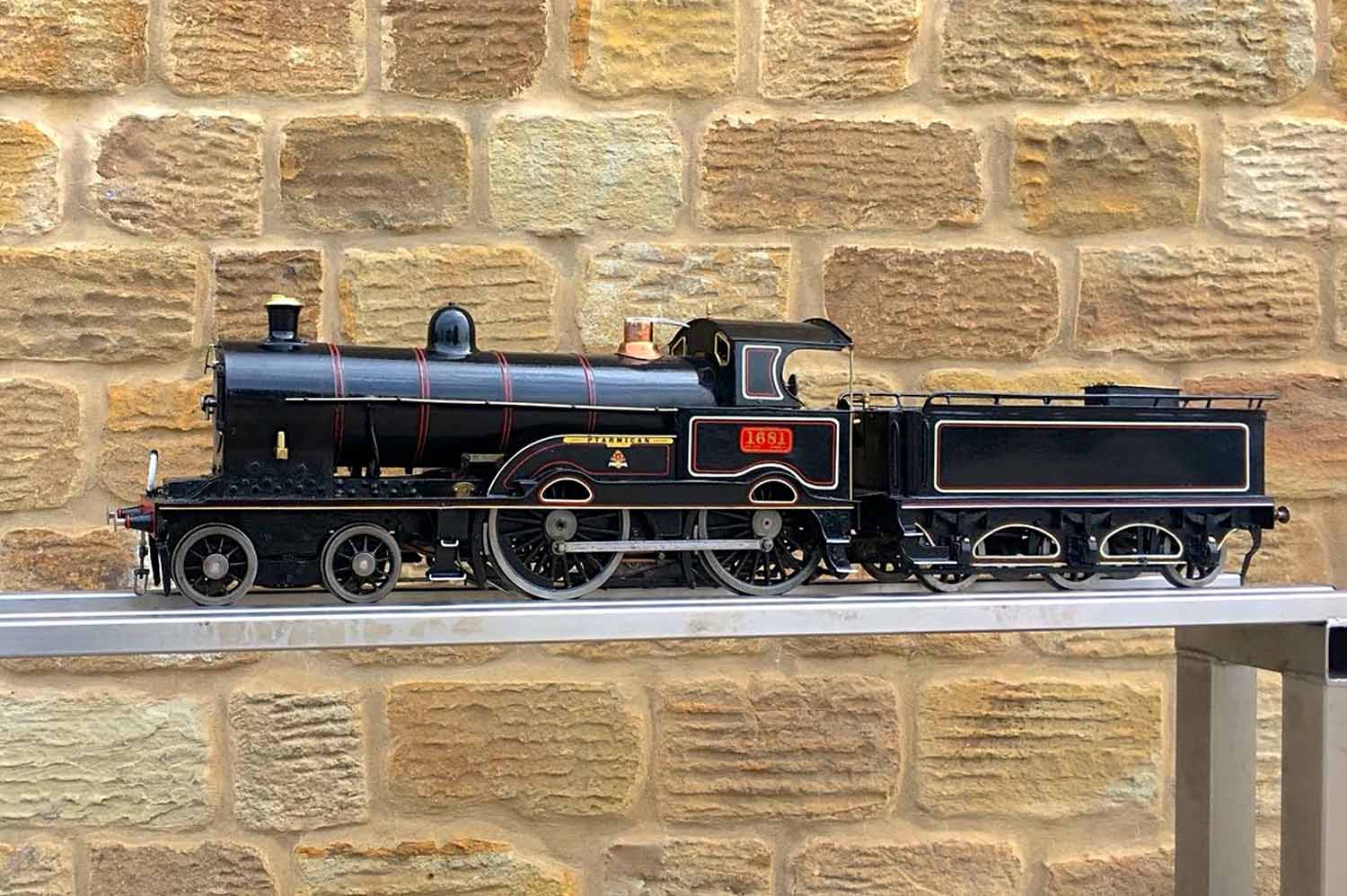 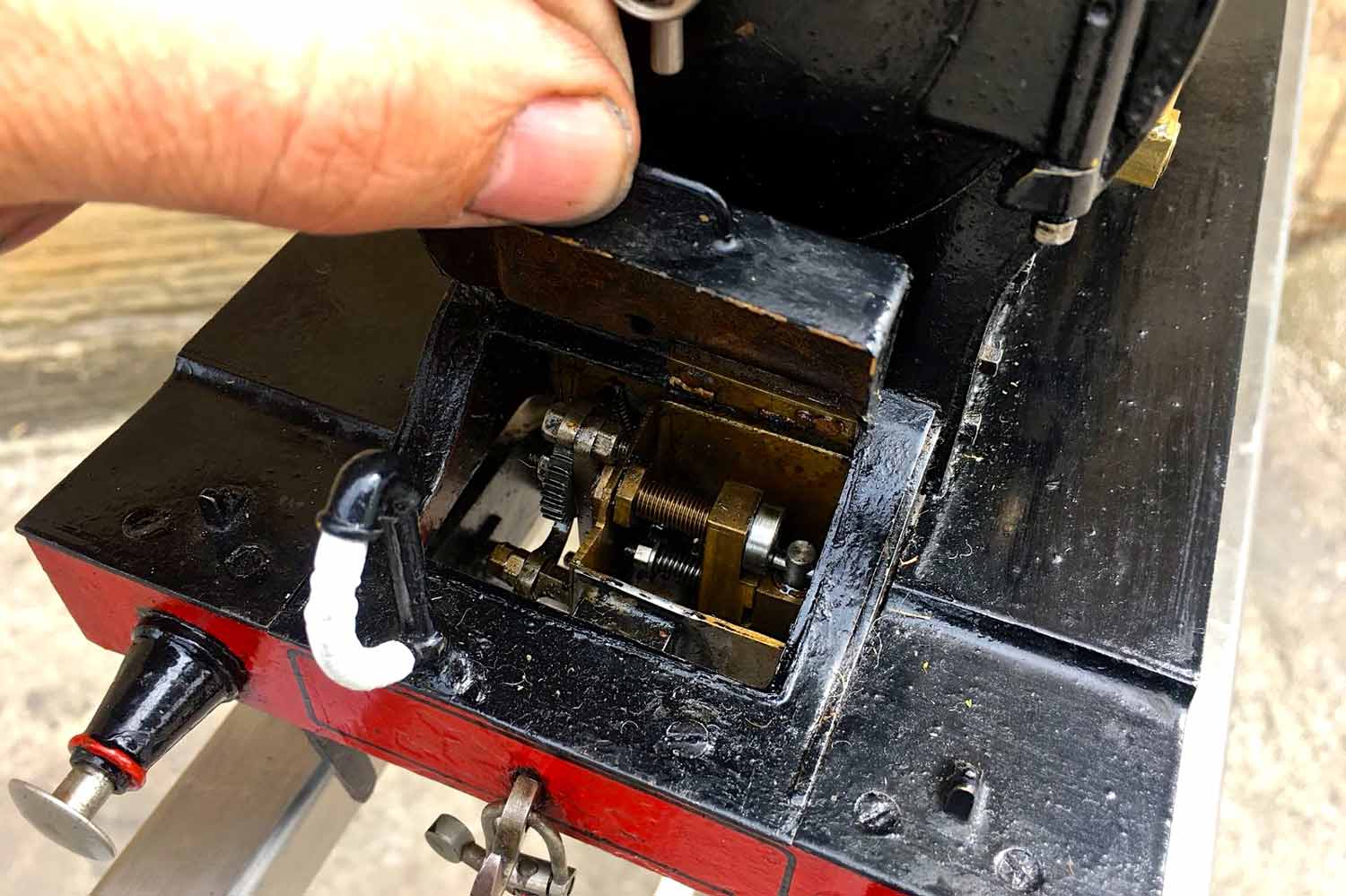 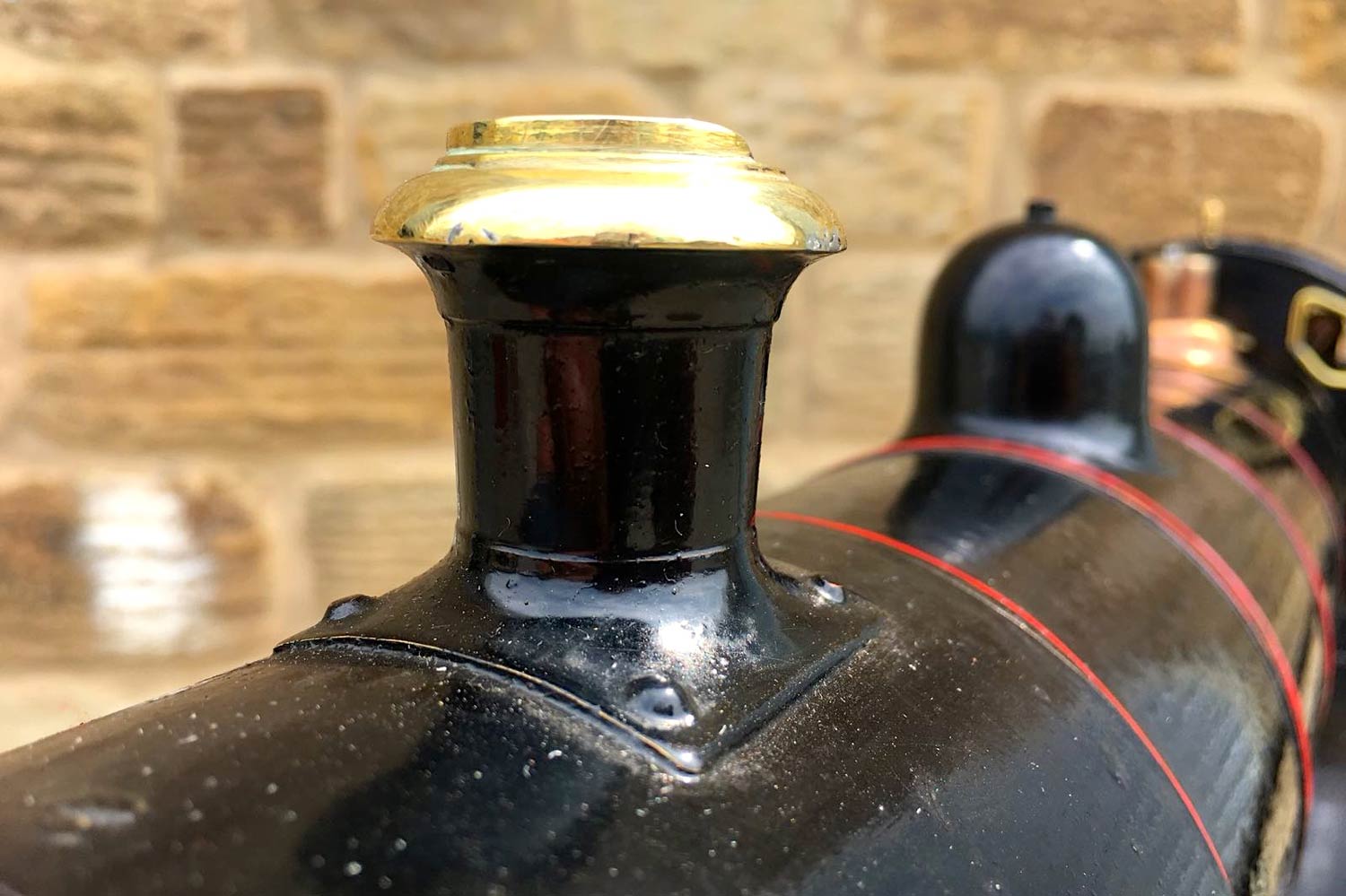 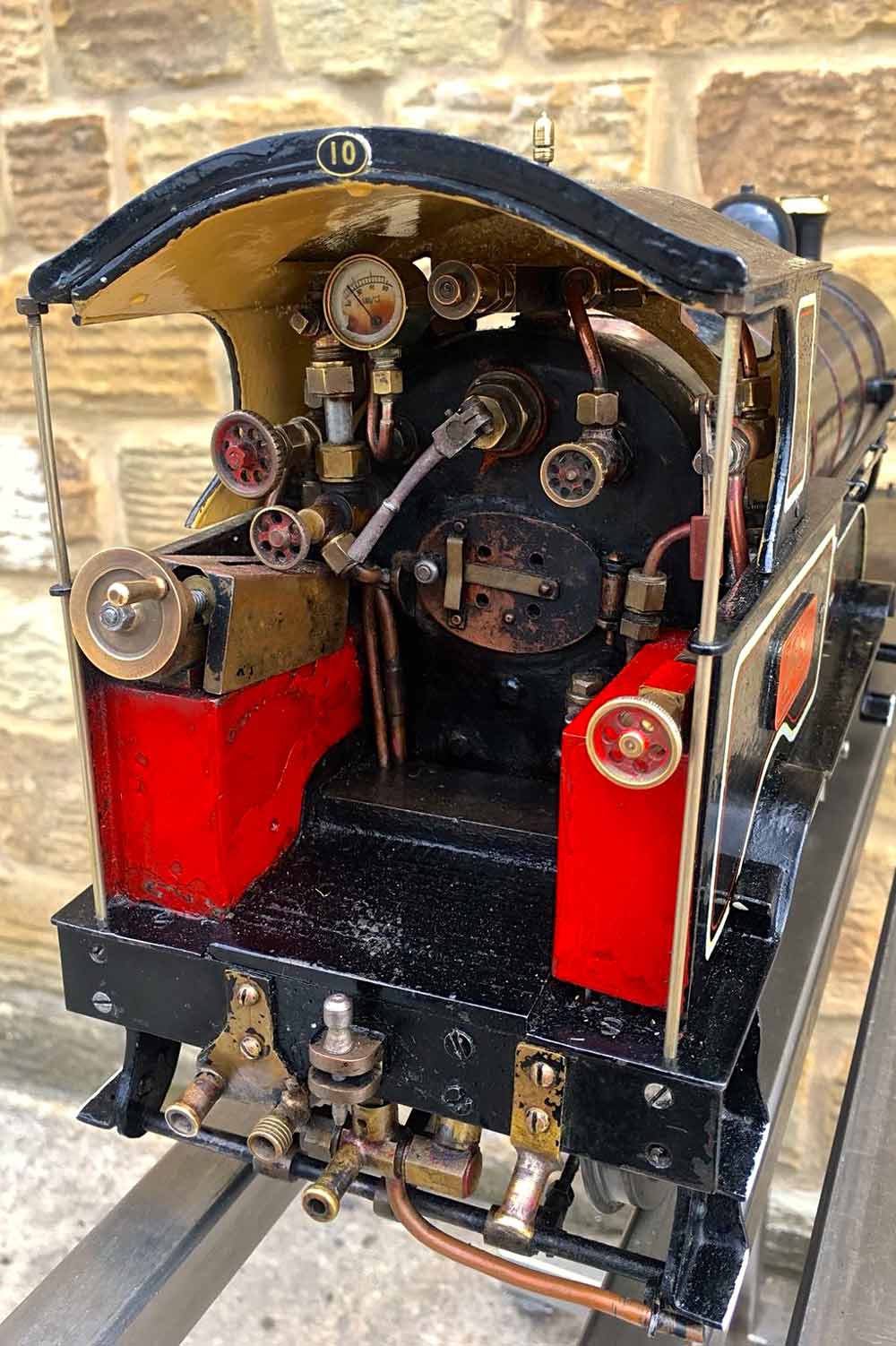 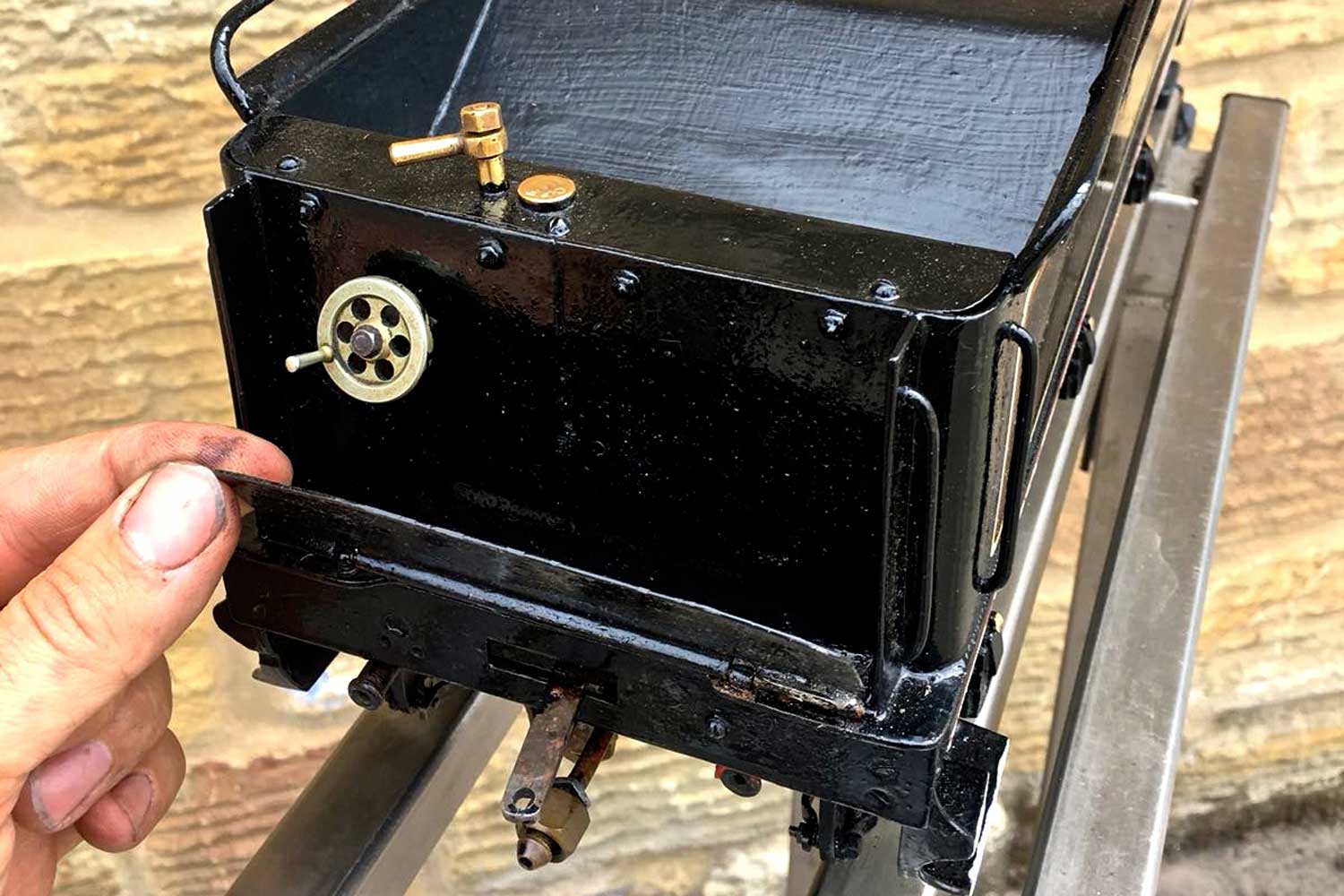 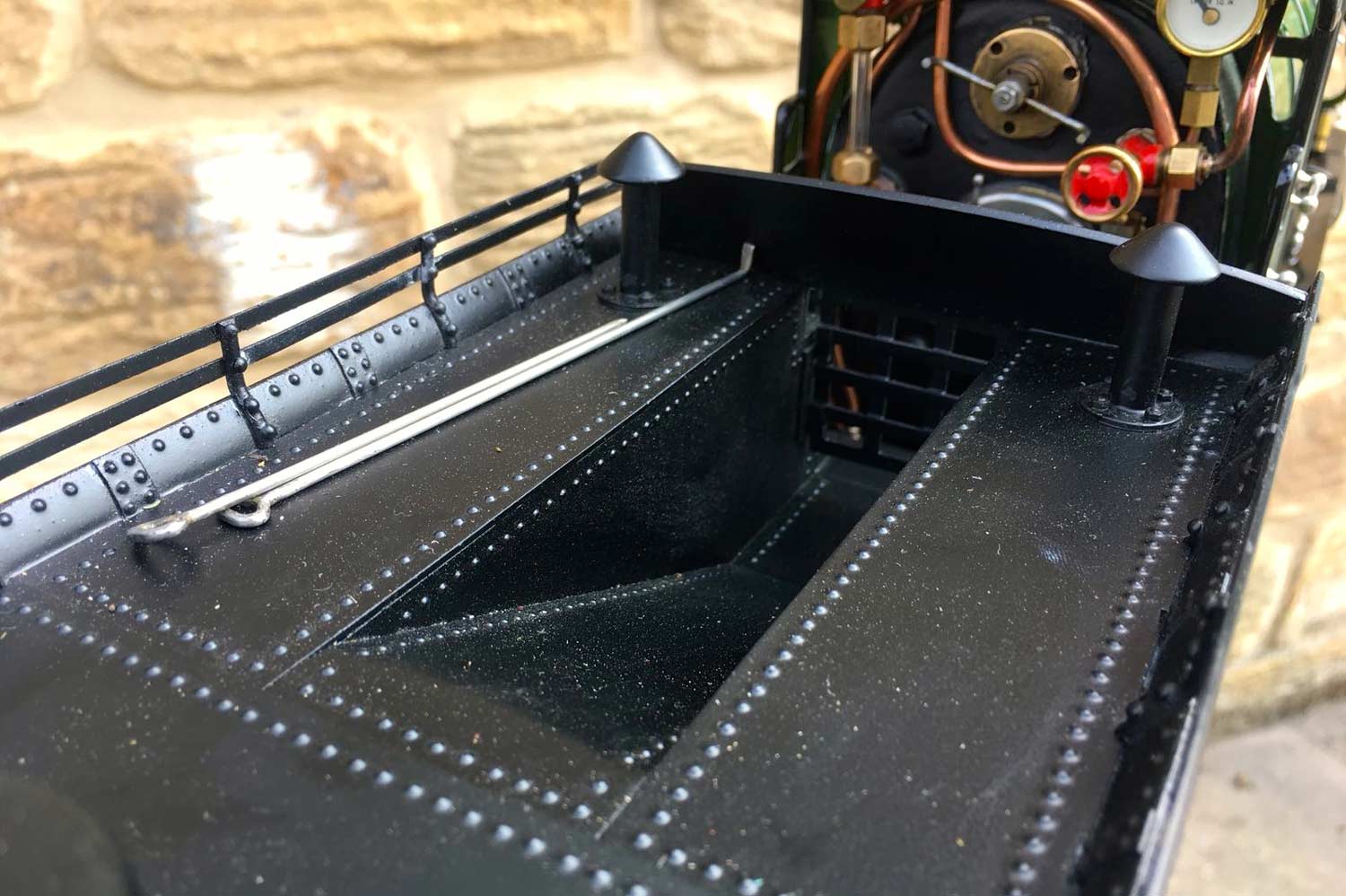