Here we have another rare bird.  This is a 3 1/4" gauge Caledonian Railway Pickersgill Class 60 4-6-0, professionally made by Carson.  Models of this prototype are rare in any gauge, and this one comes from the relatively early days of our hobby, the period before the gauges had fully cemented into place.  3 1/4" gauge, sometimes referred to as 'gauge 4' for some weird reason, was historically the largest gauge where meths firing was commonly used, with 3 1/2" being in general terms the smallest gauge where coal firing was the norm.  LBSC popped up in the 1920's with his 2 1/2" gauge Ayesha to prove to the model engineering world that coal was viable right down to the smaller gauges, and that preference gradually permiated the hobby, relegating liquid fueled engines to 2 1/2" gauge and below.

So to the model in question.  We've had a few 3 1/4" gauge locos come through that have been re-gauged to the now much more common 3 1/2" so that they can be run on club tracks, and in this case the conversion wouldn't be too much of a nightmare.  The cylinders need shimming out with an 1/8" plate behind each, and the wheels pressing off the axles, with again, 1/8" spacers behind them.  The motion brackets would need the same, but with any luck that should be just about it.  The Connecting rods will be close to the back of the steps, but there seems to be room to make the conversion possible without interfering with much beyond the bits mentioned.

The model has been un-steamed for some time, used as a display model in the previous owners house, and along the way the meths burner has been lost, as has the blower valve spindle, and the smashed gauge glass has been replaced with w rolled up bit of plastic just for show!  The hand pump is currently the only method of getting water into the boiler, which is pretty much the norm on the meths fired stuff, 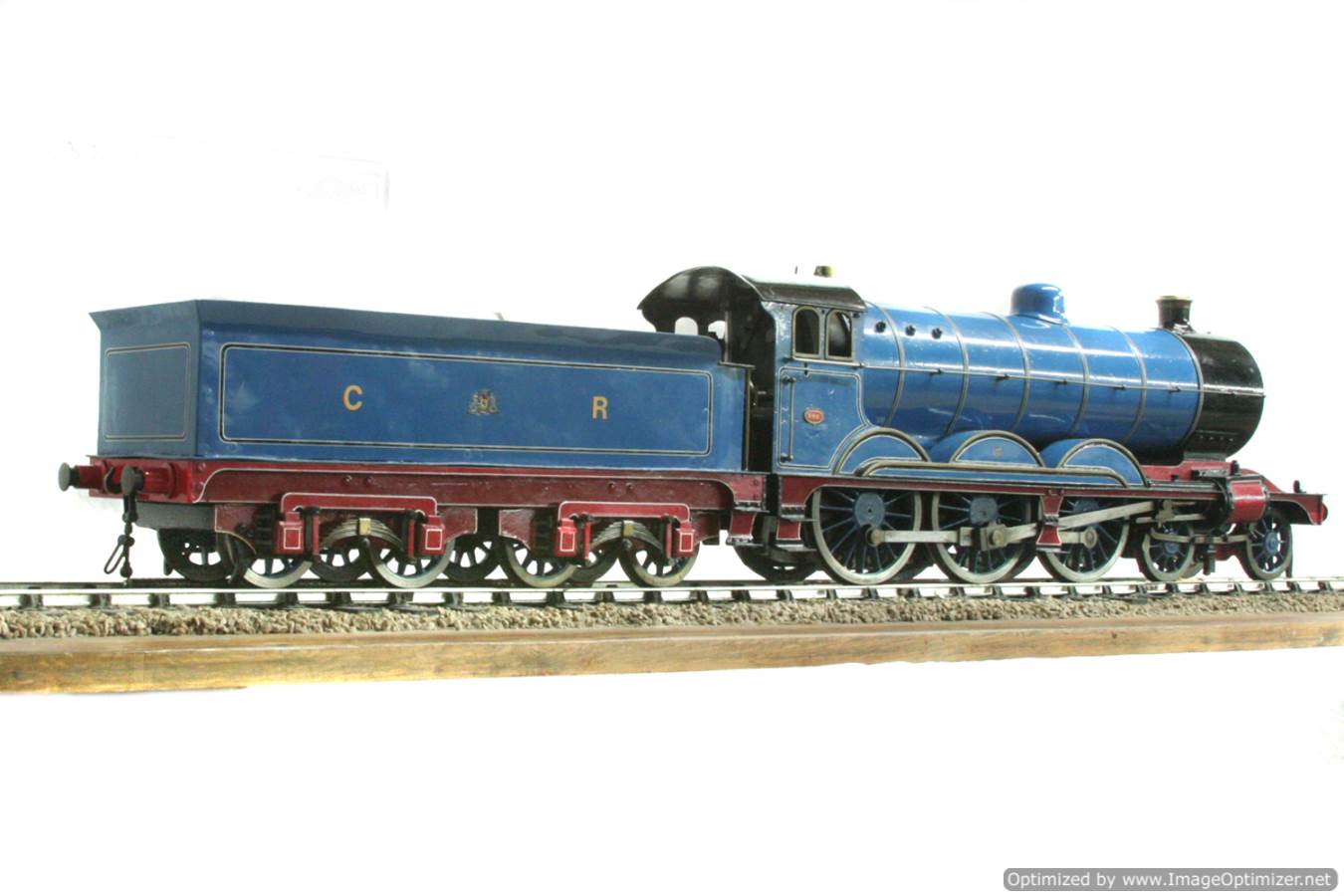 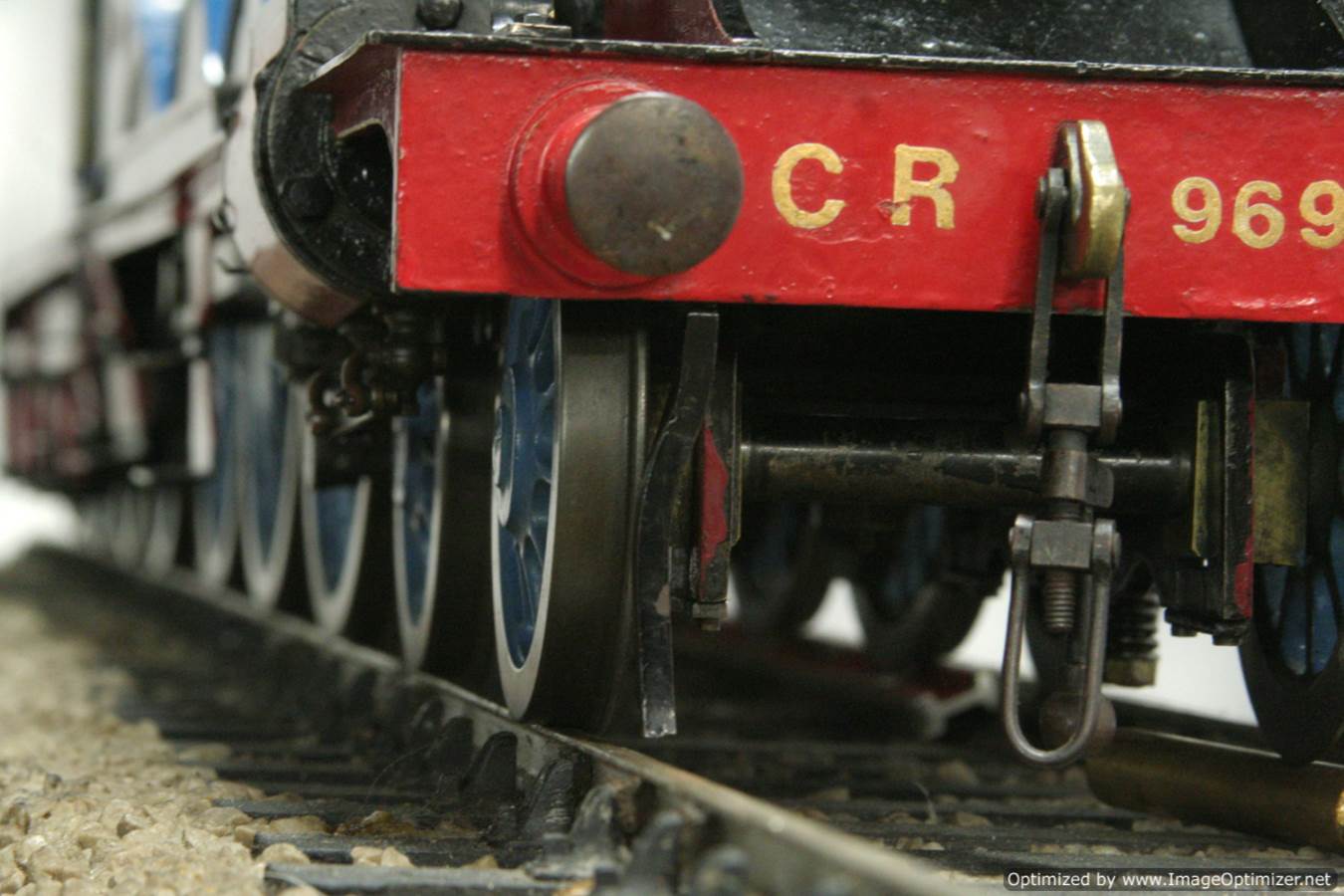 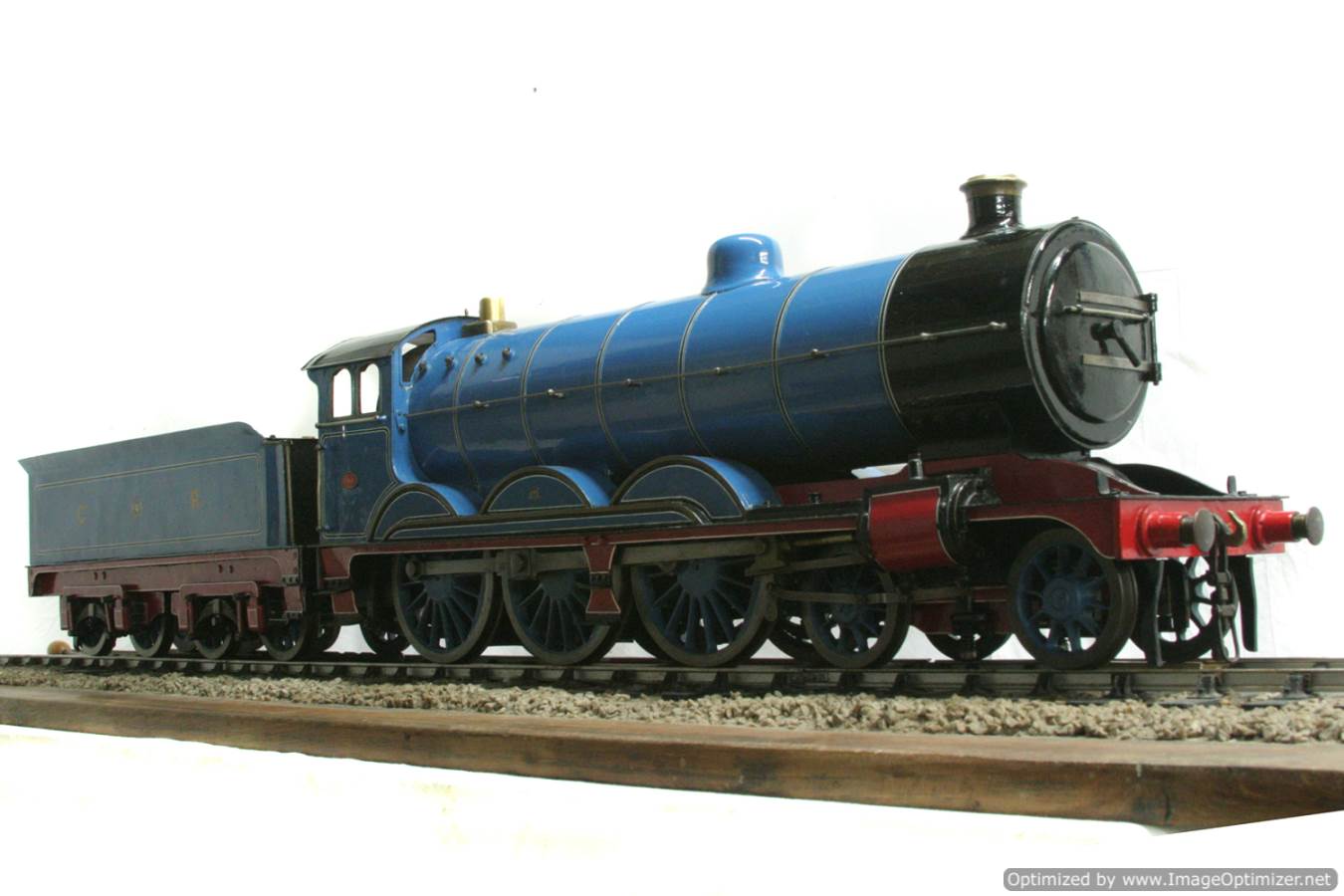 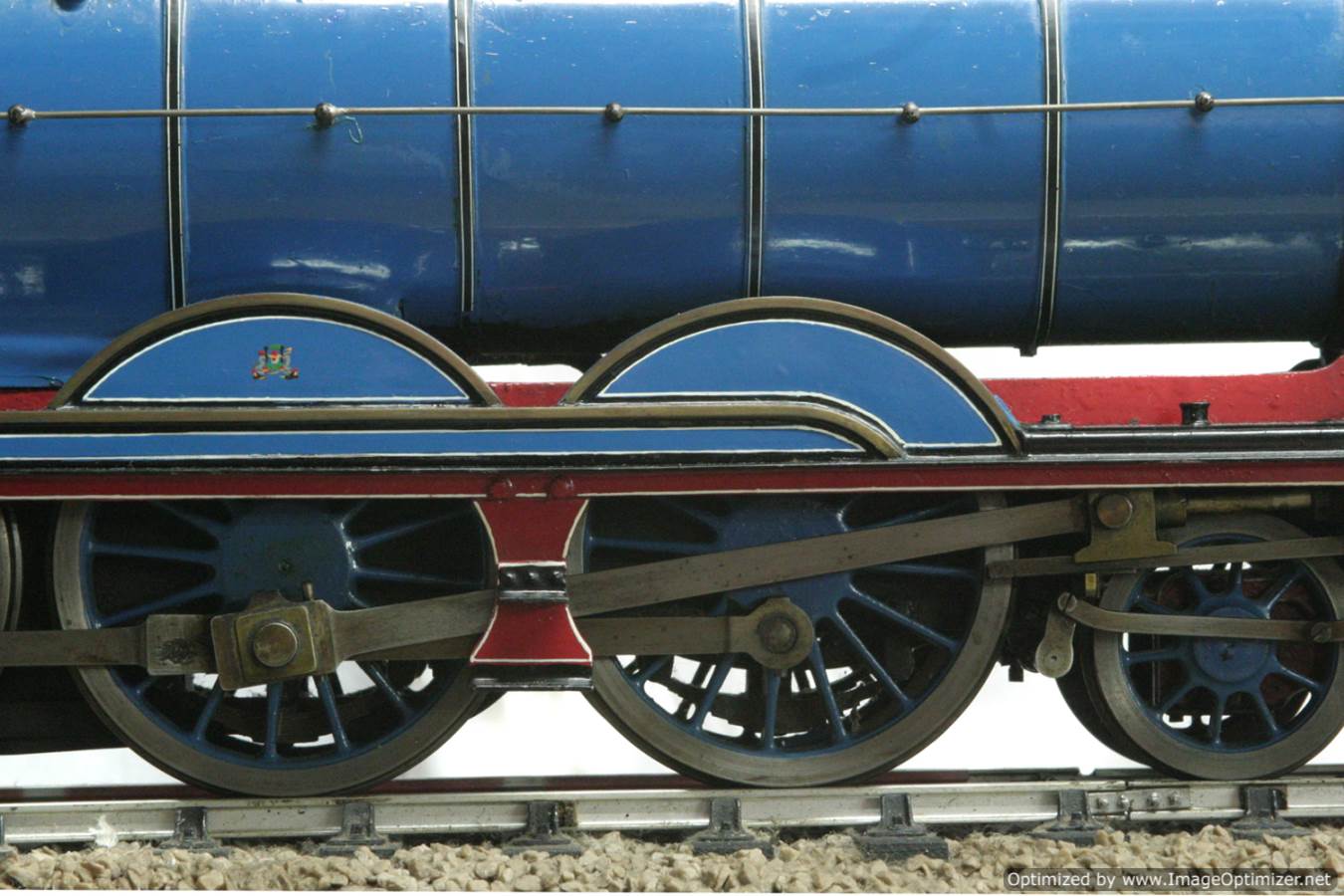 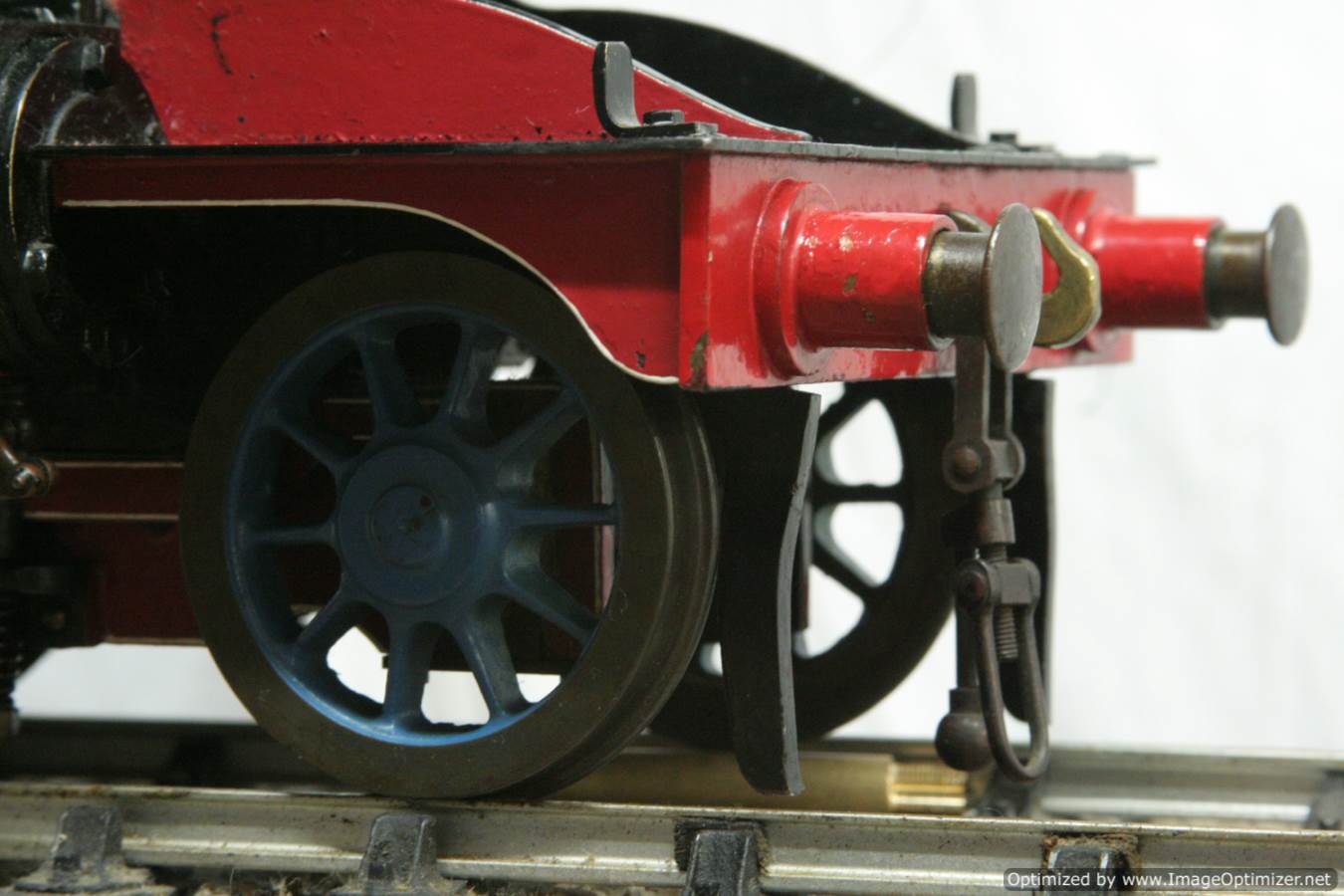 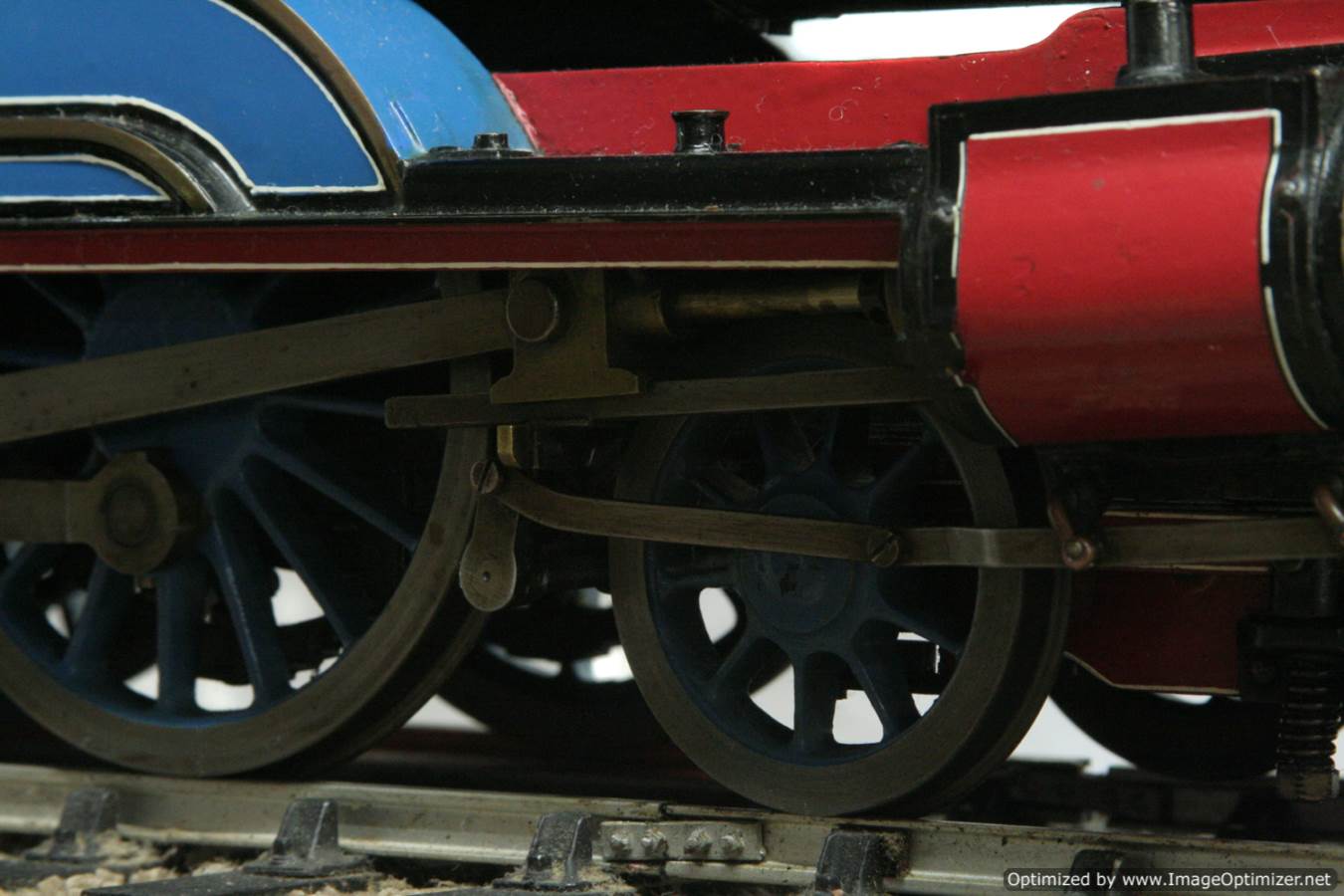 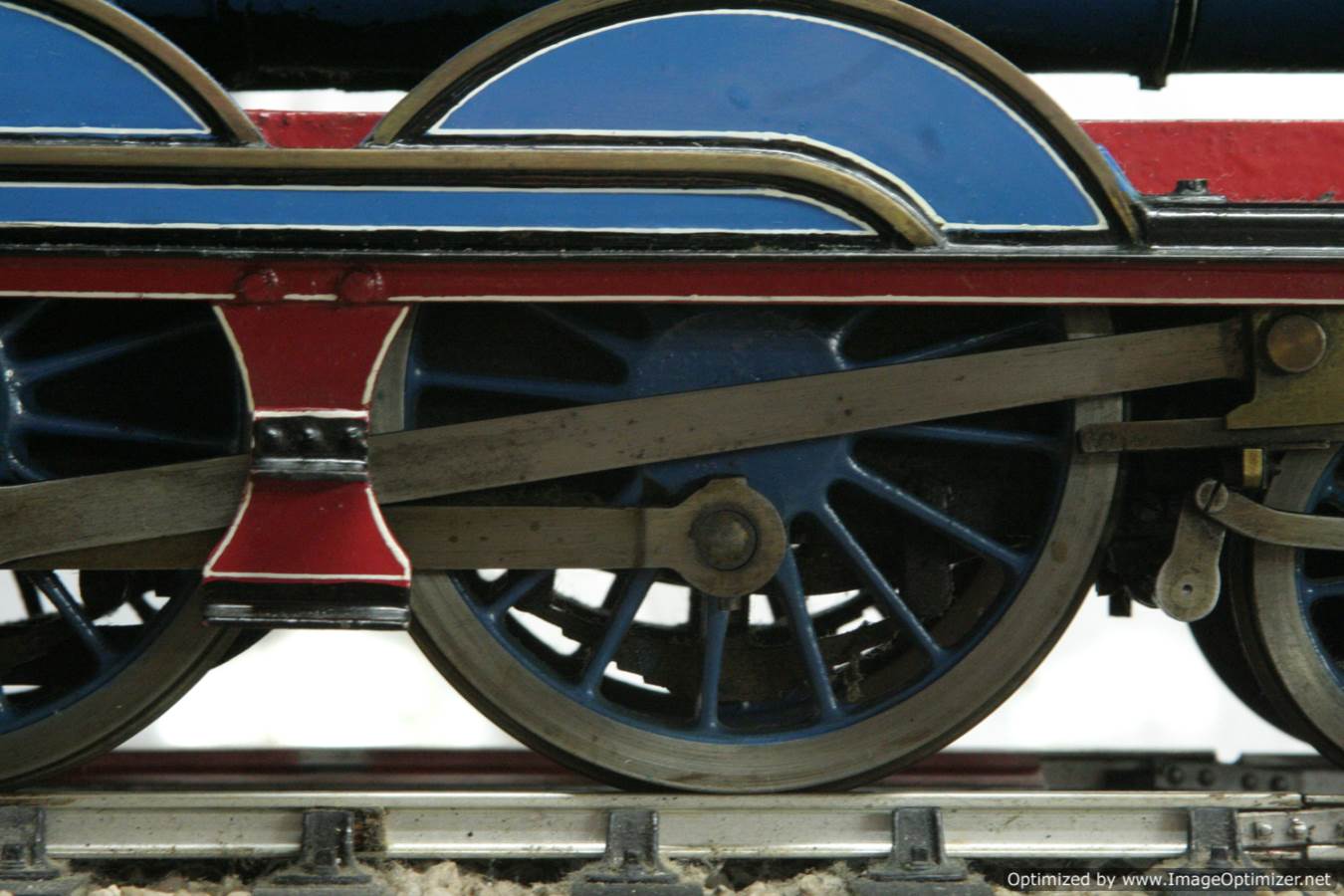 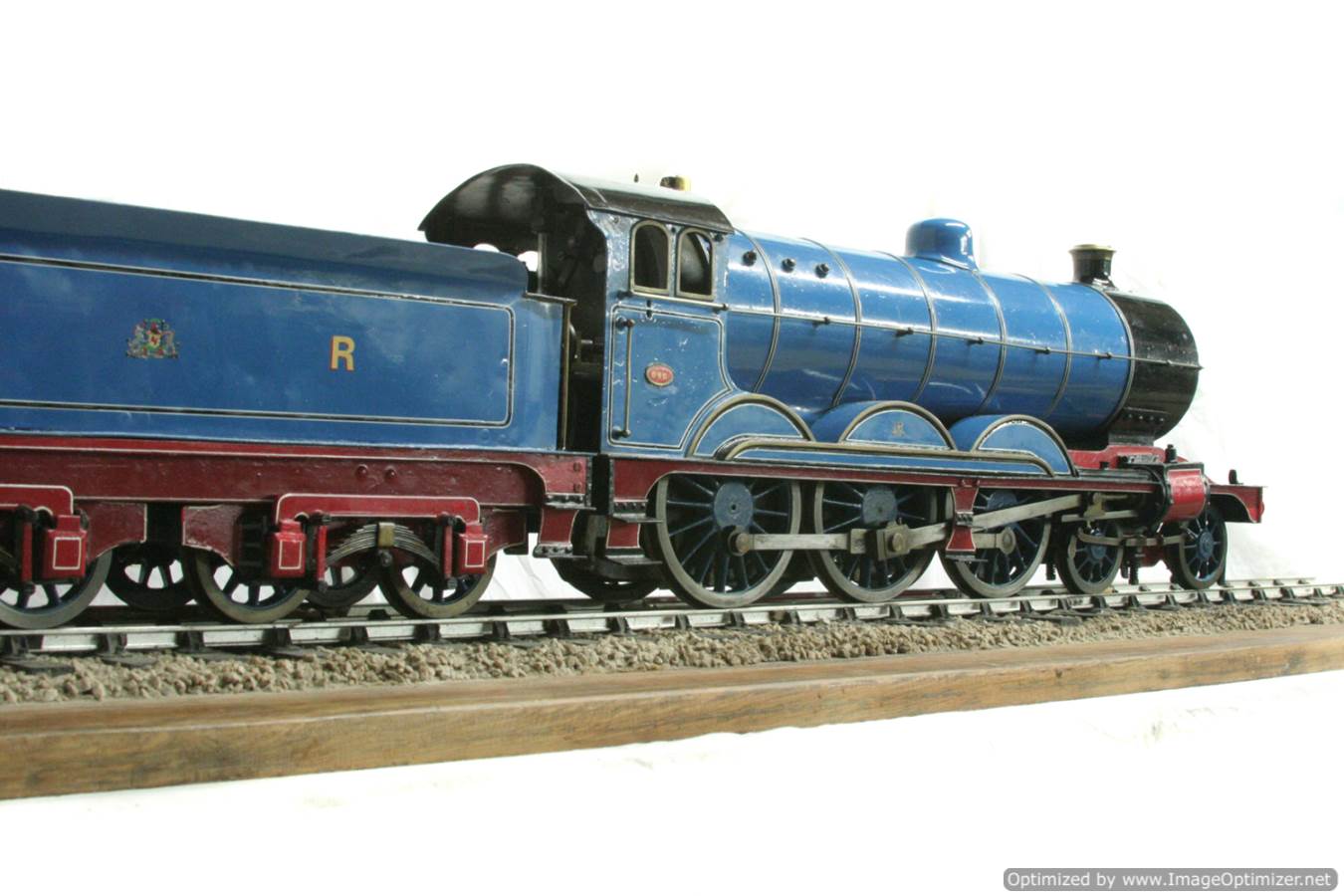 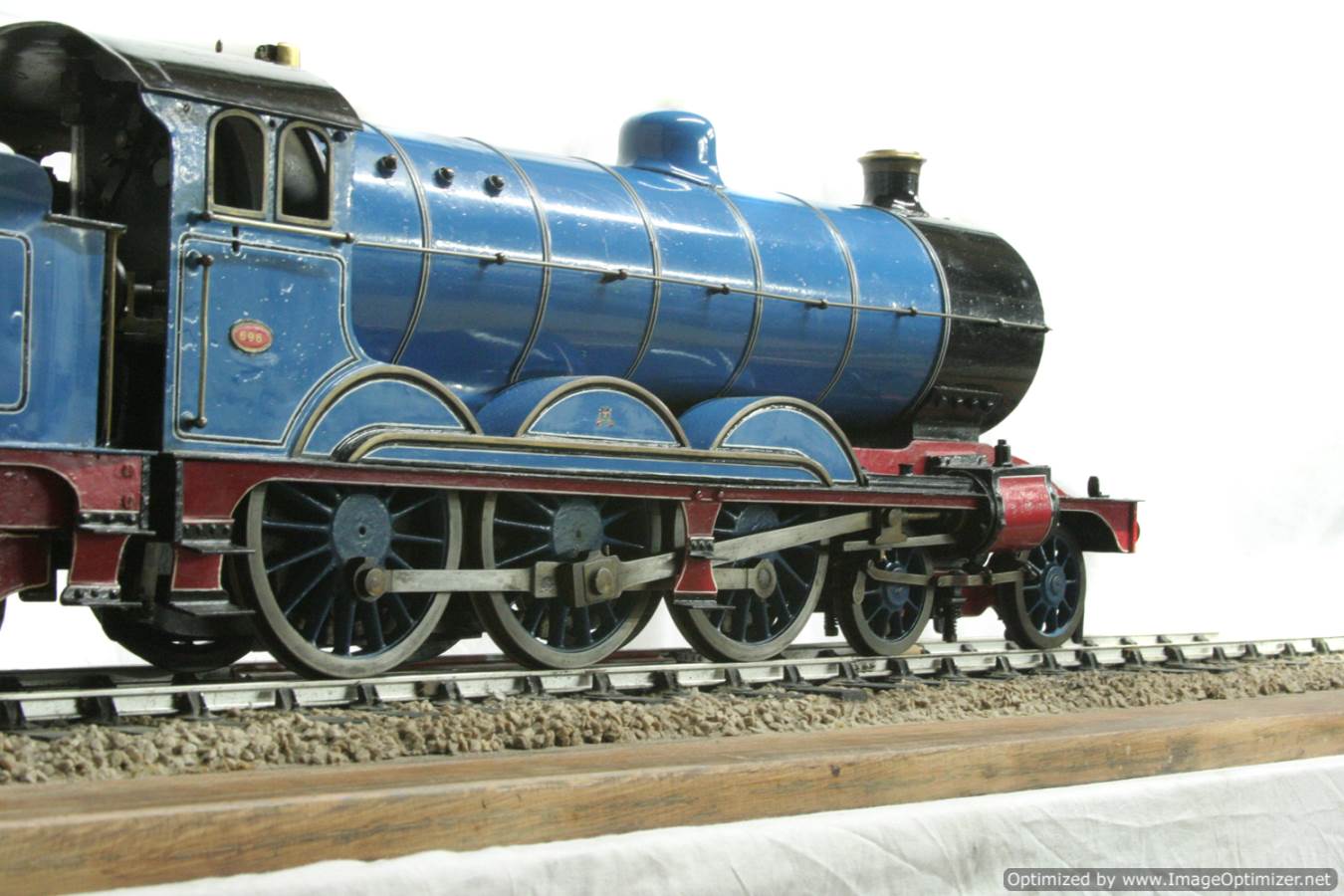 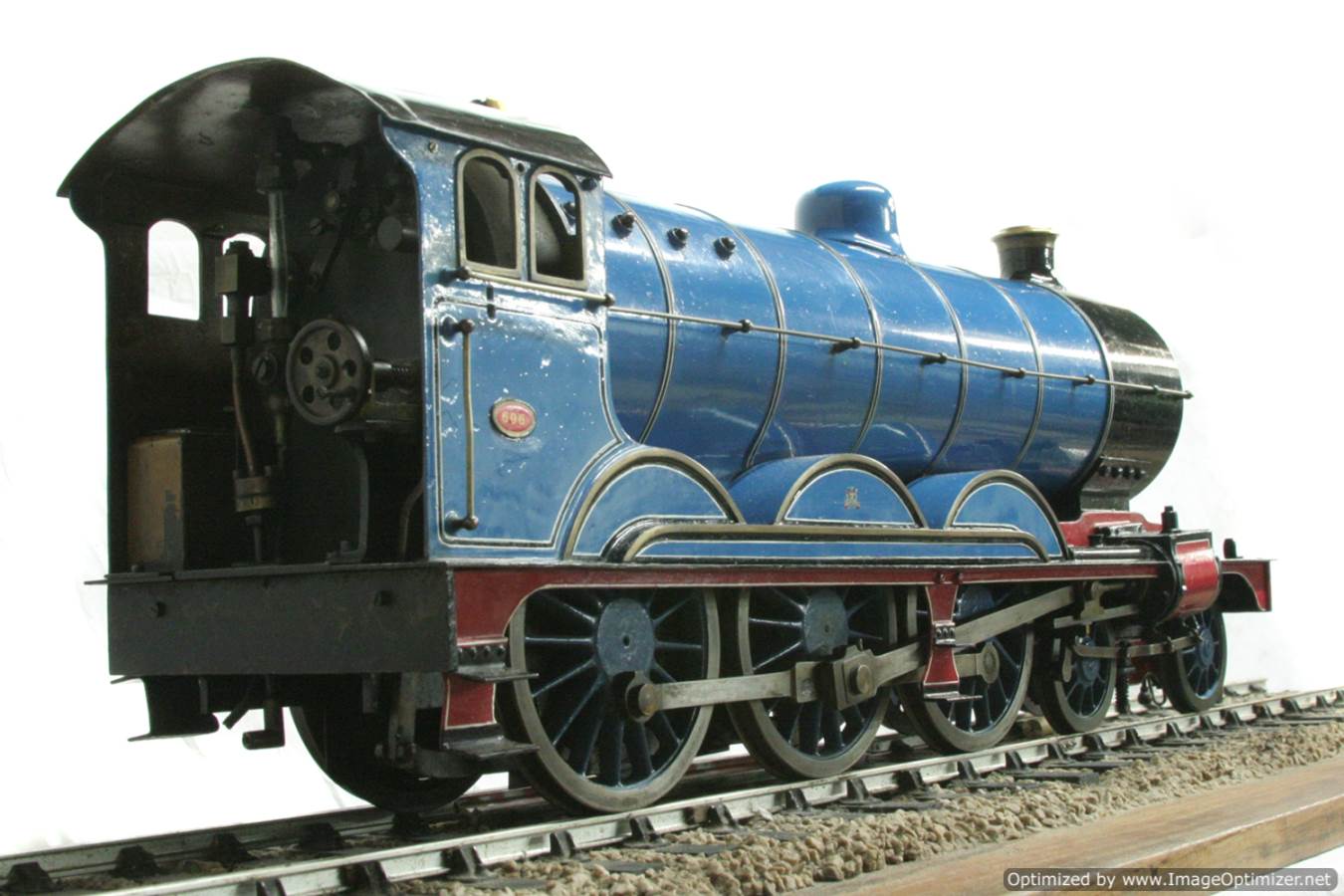 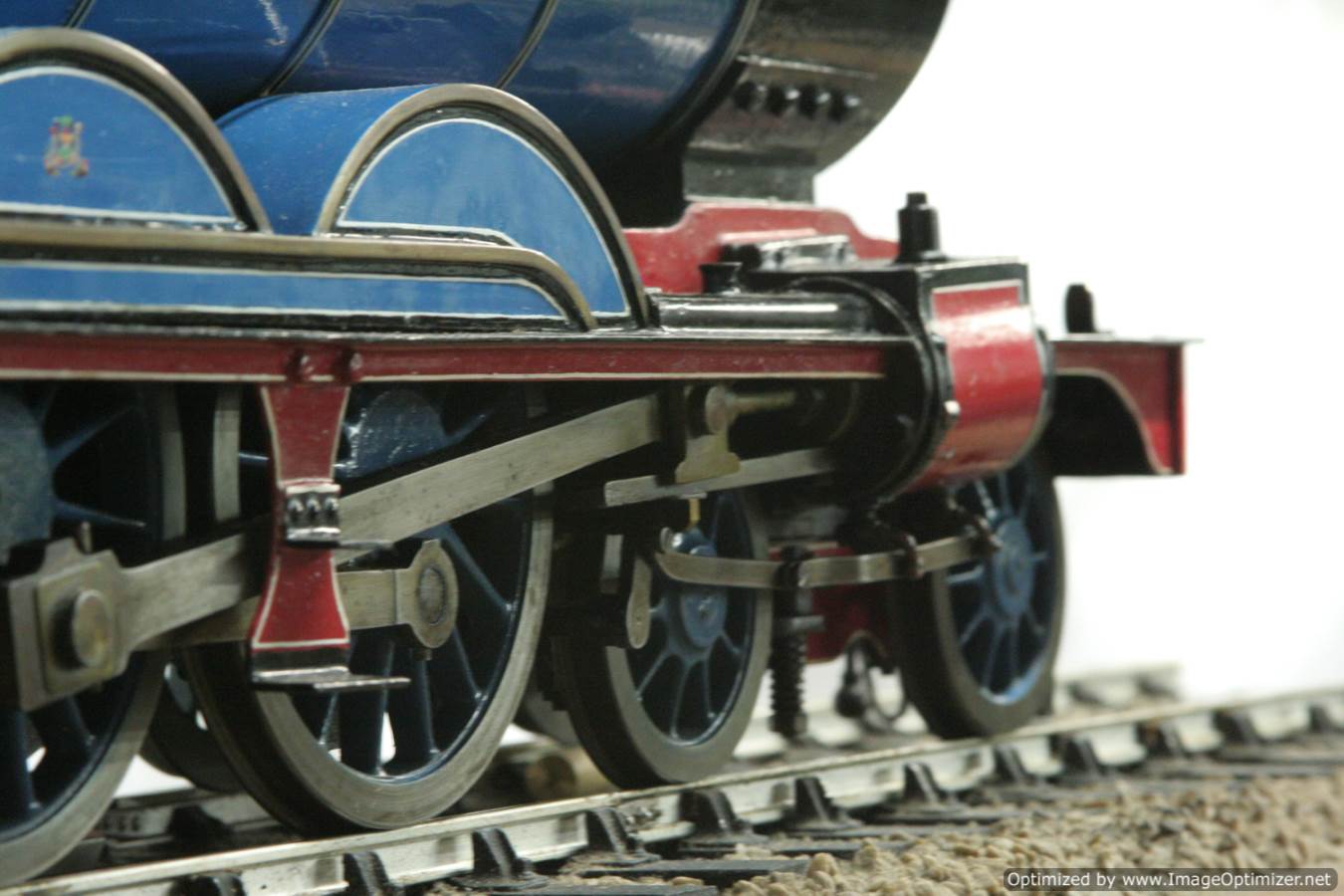 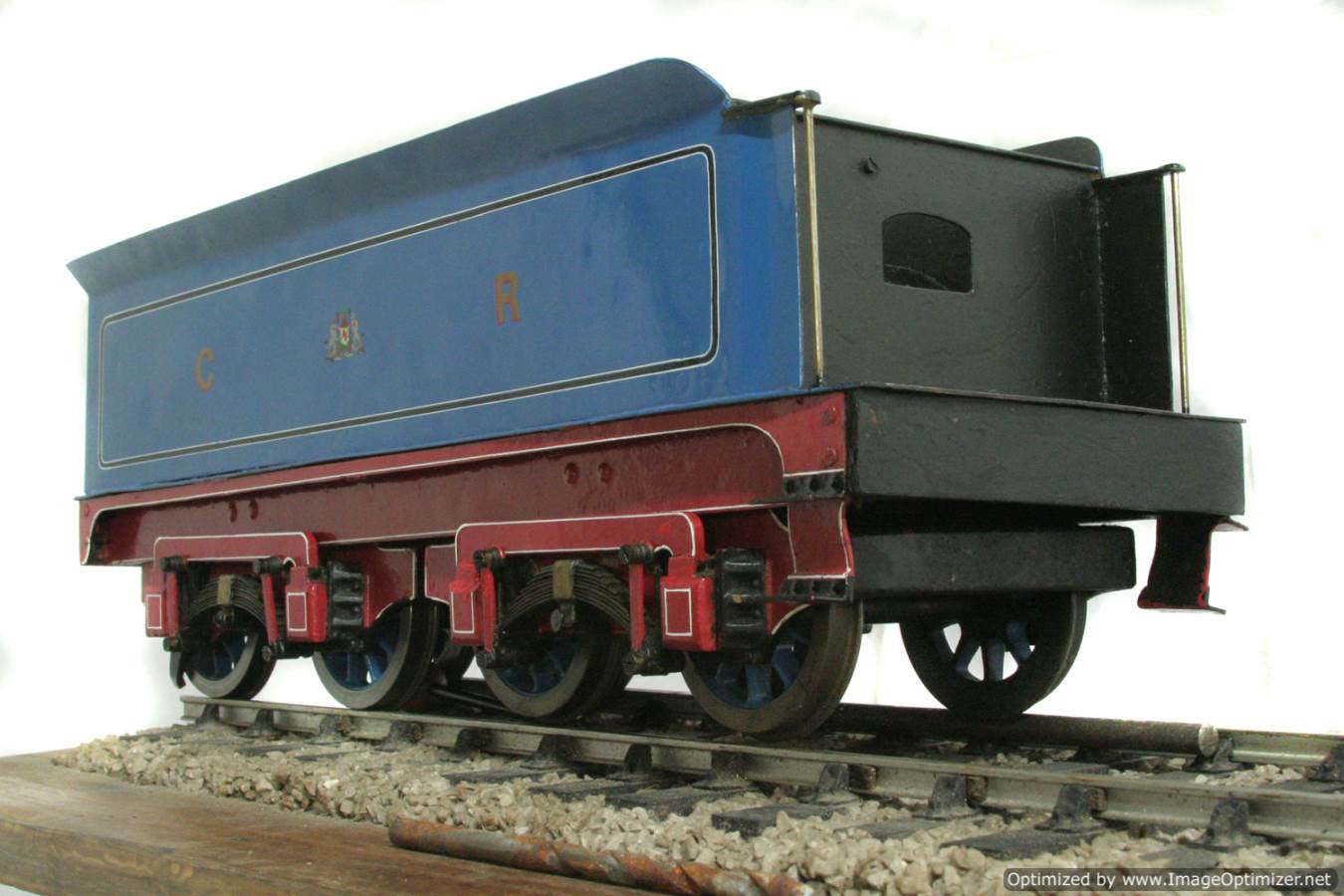 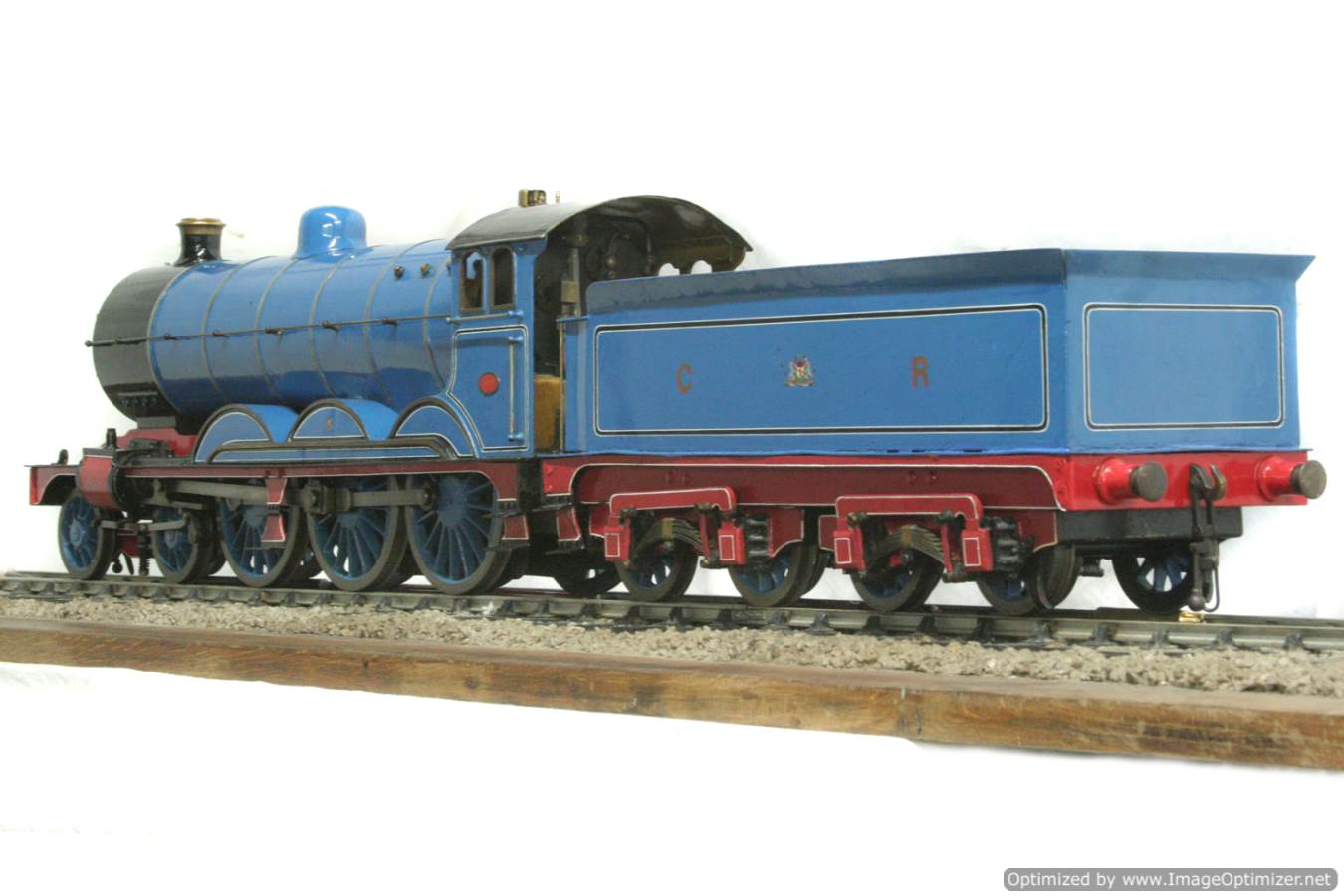 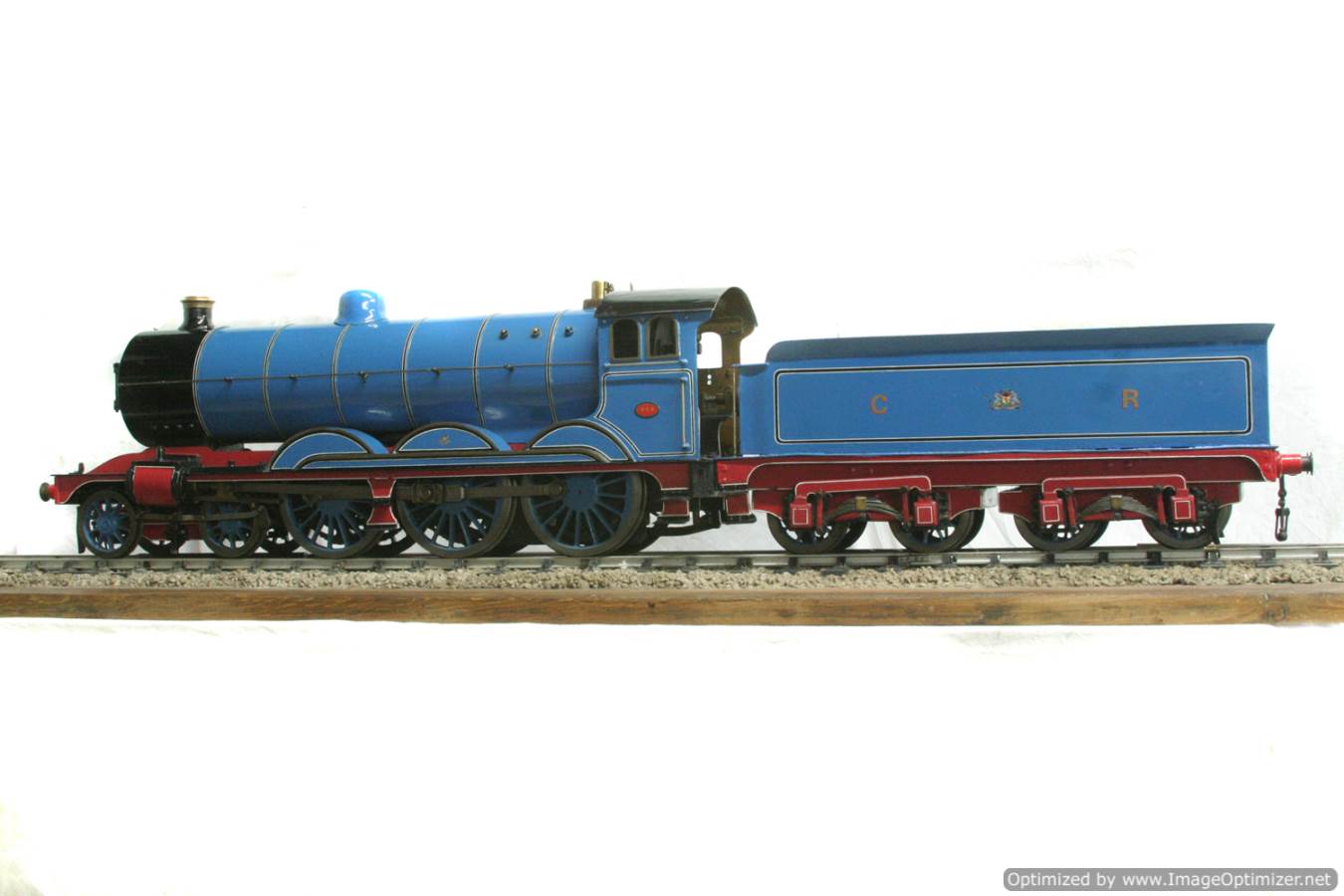 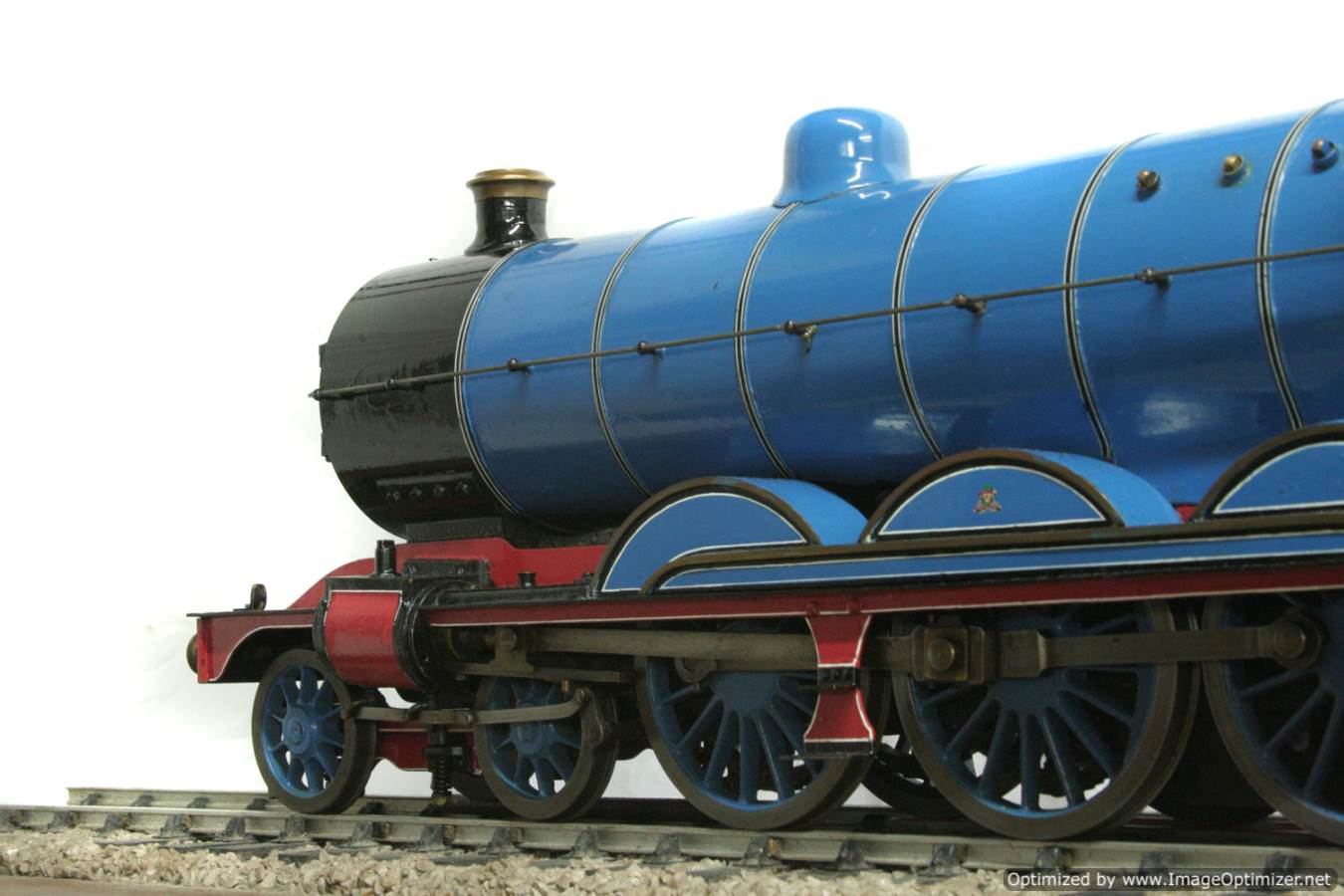 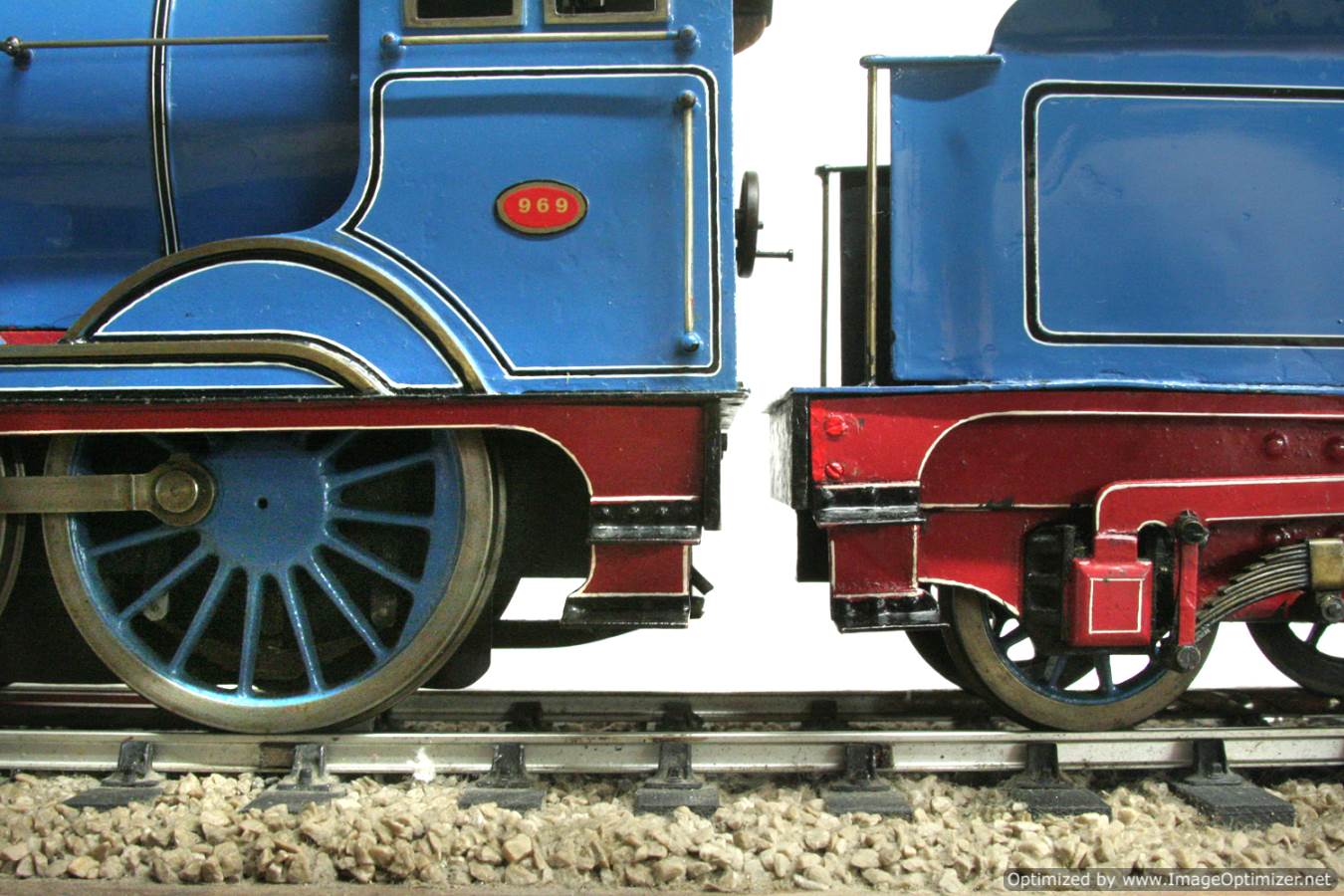 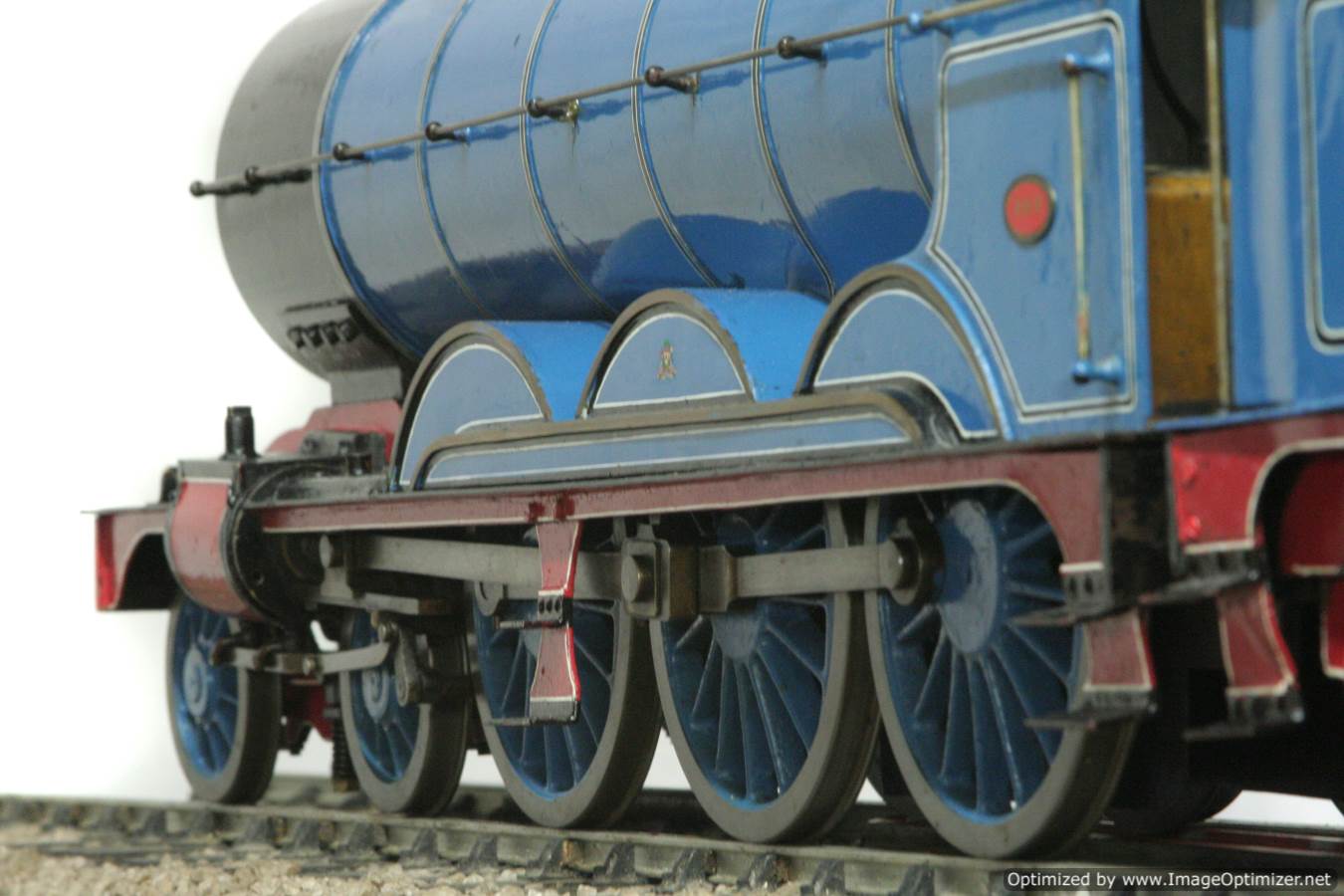 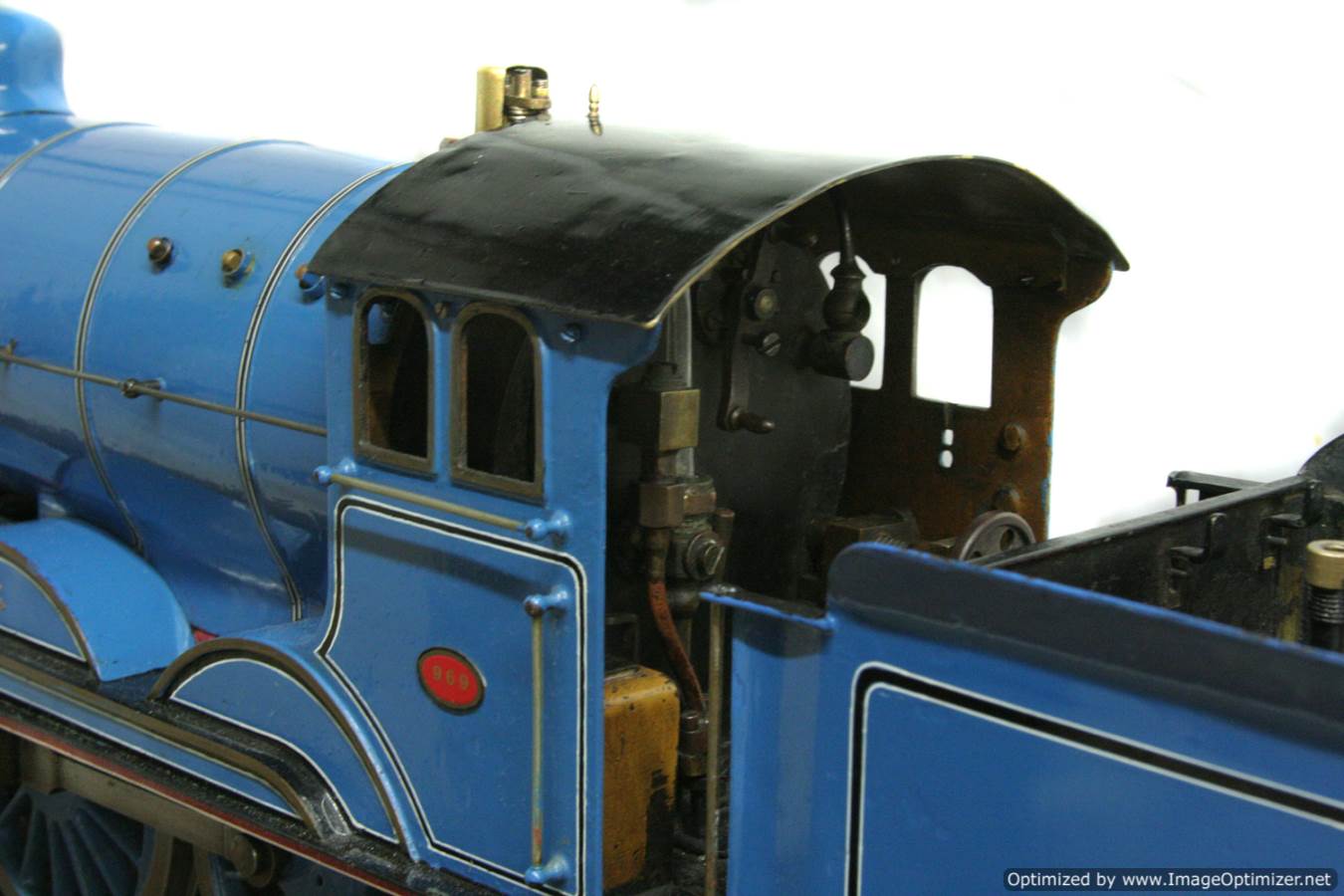 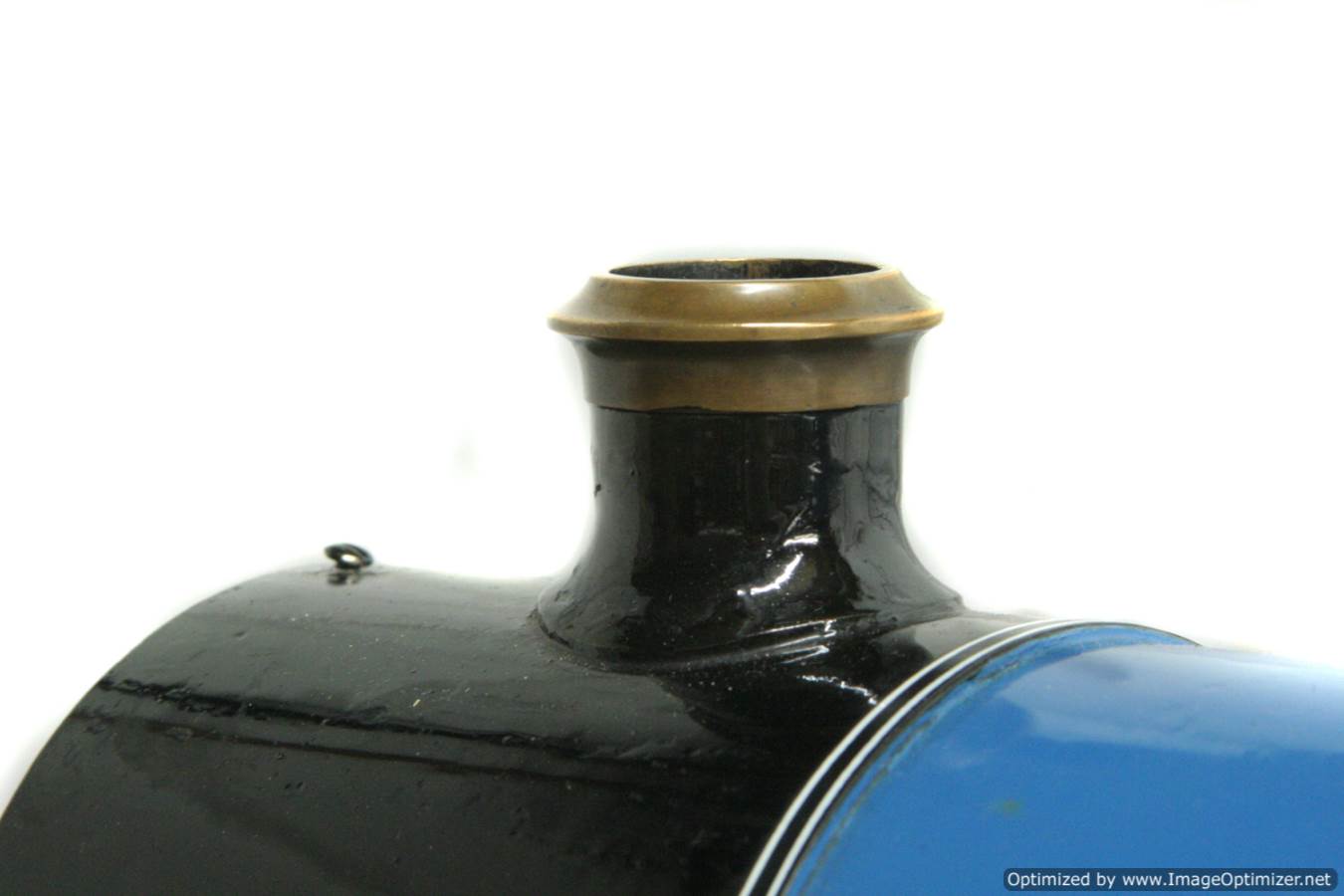 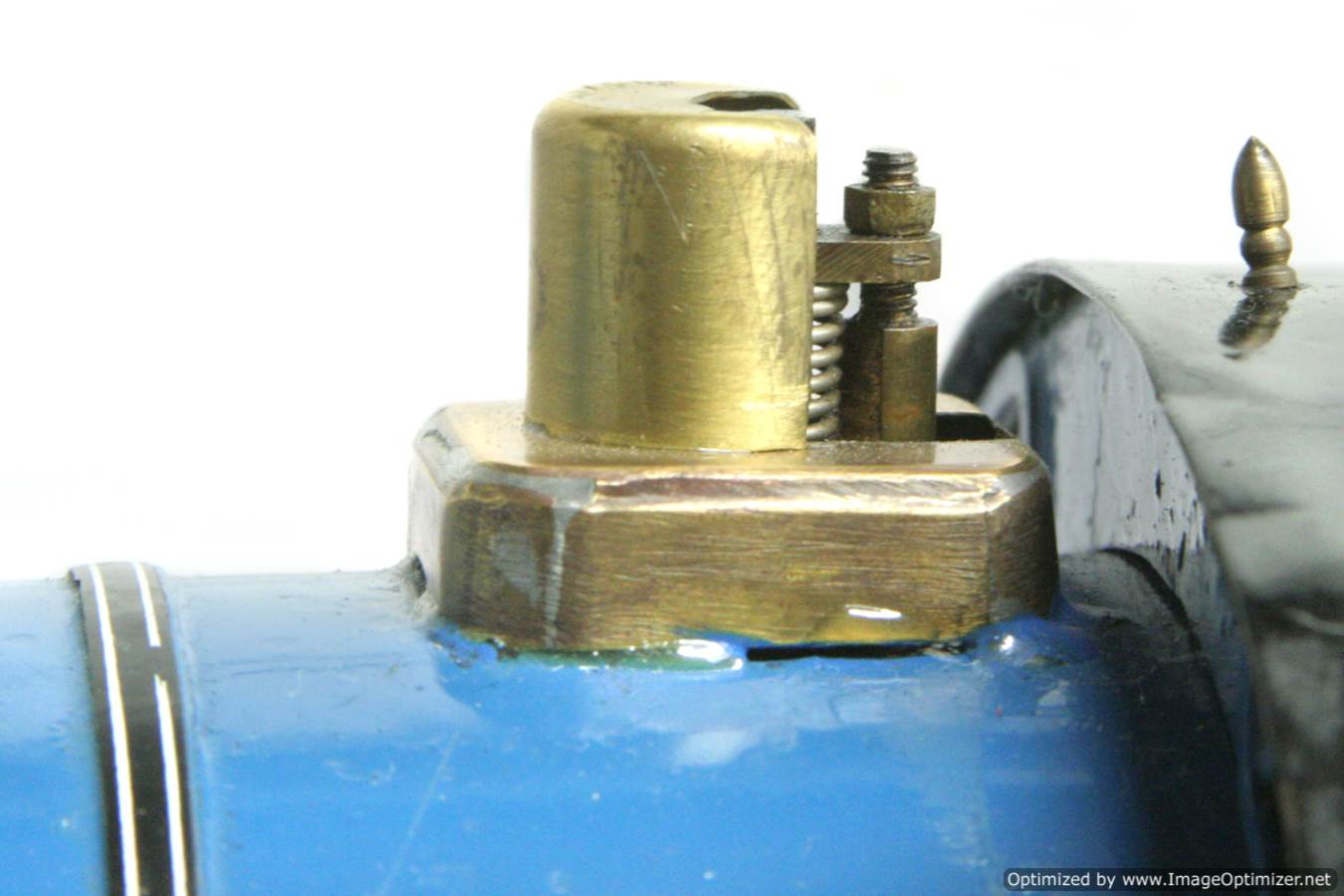 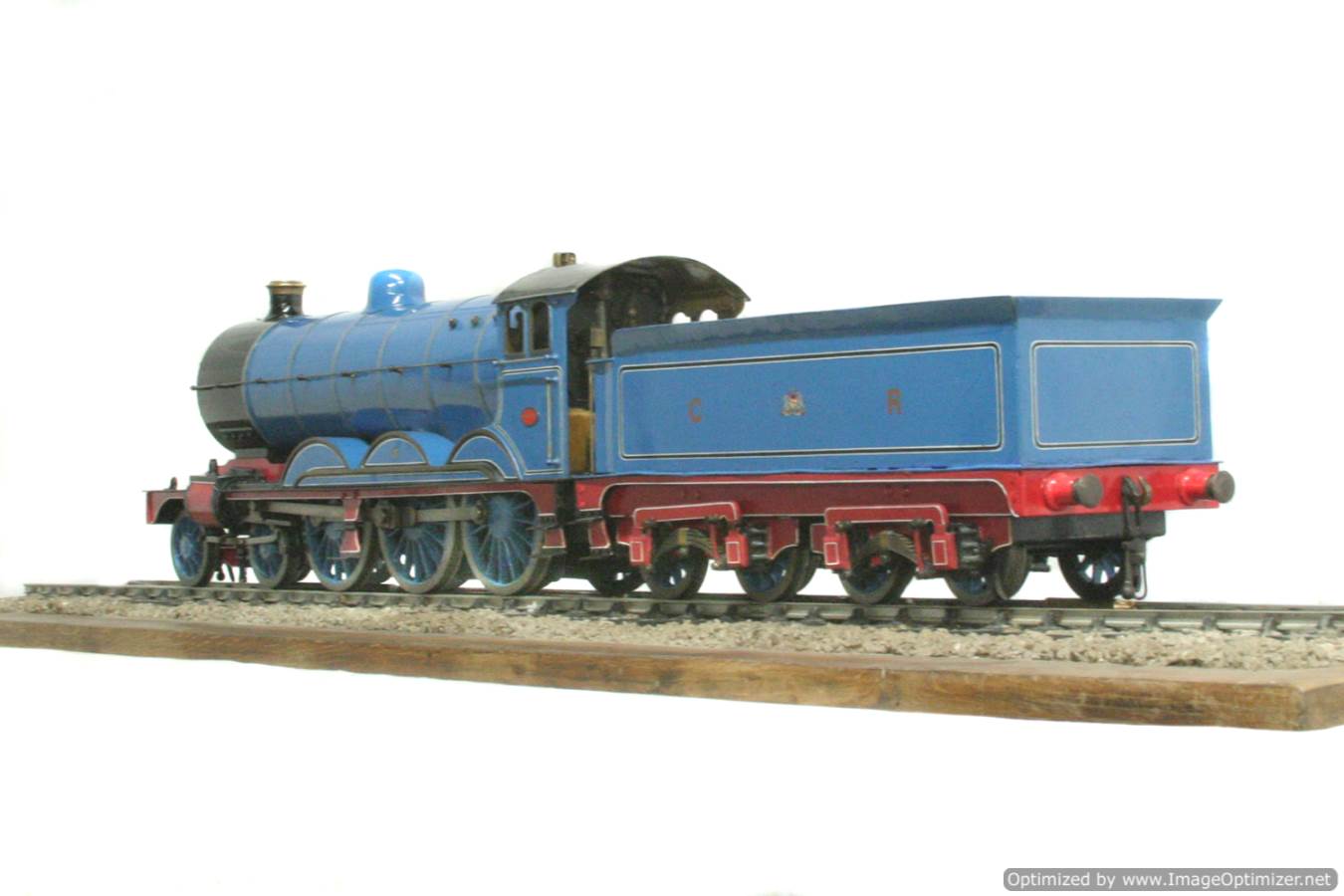 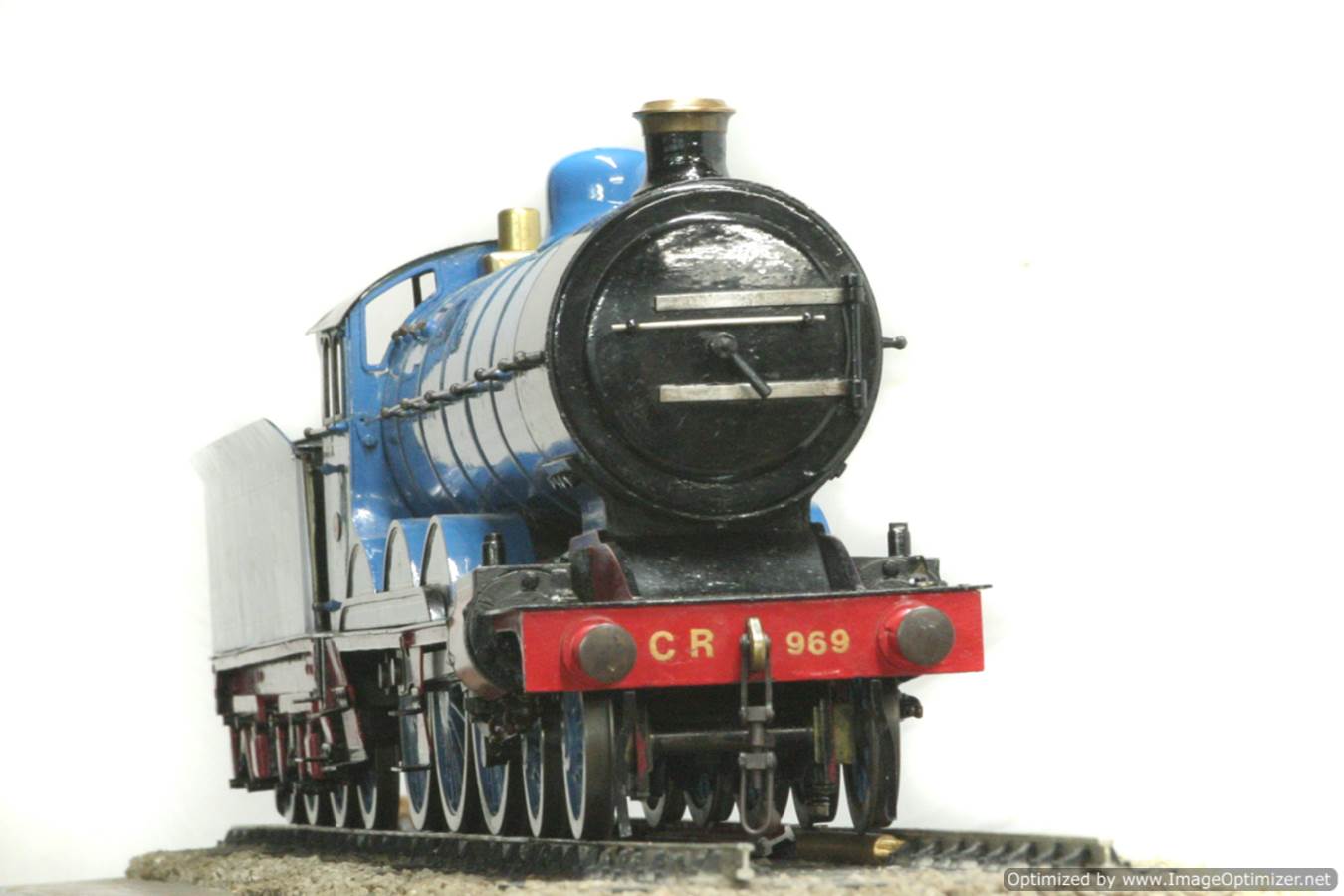 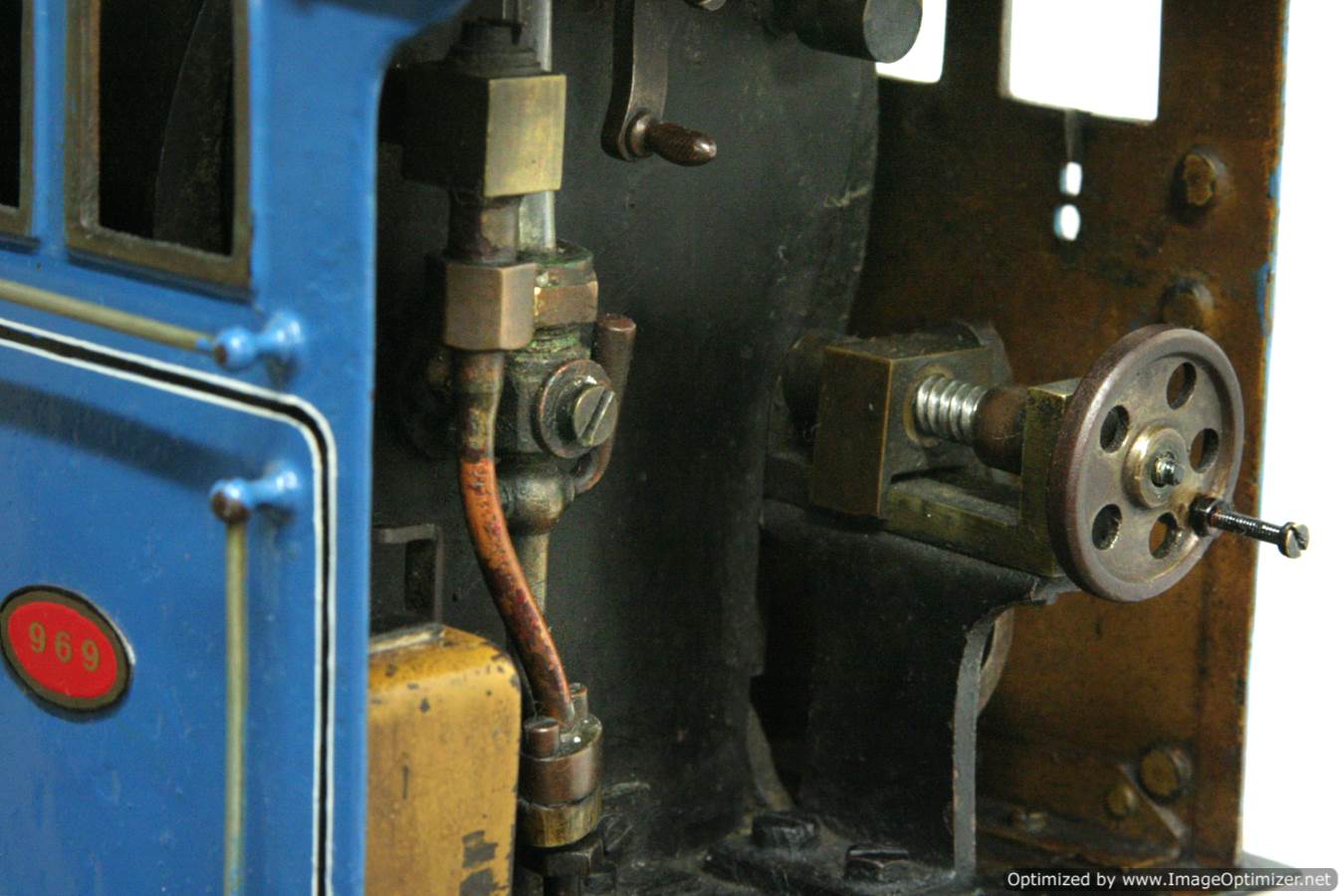 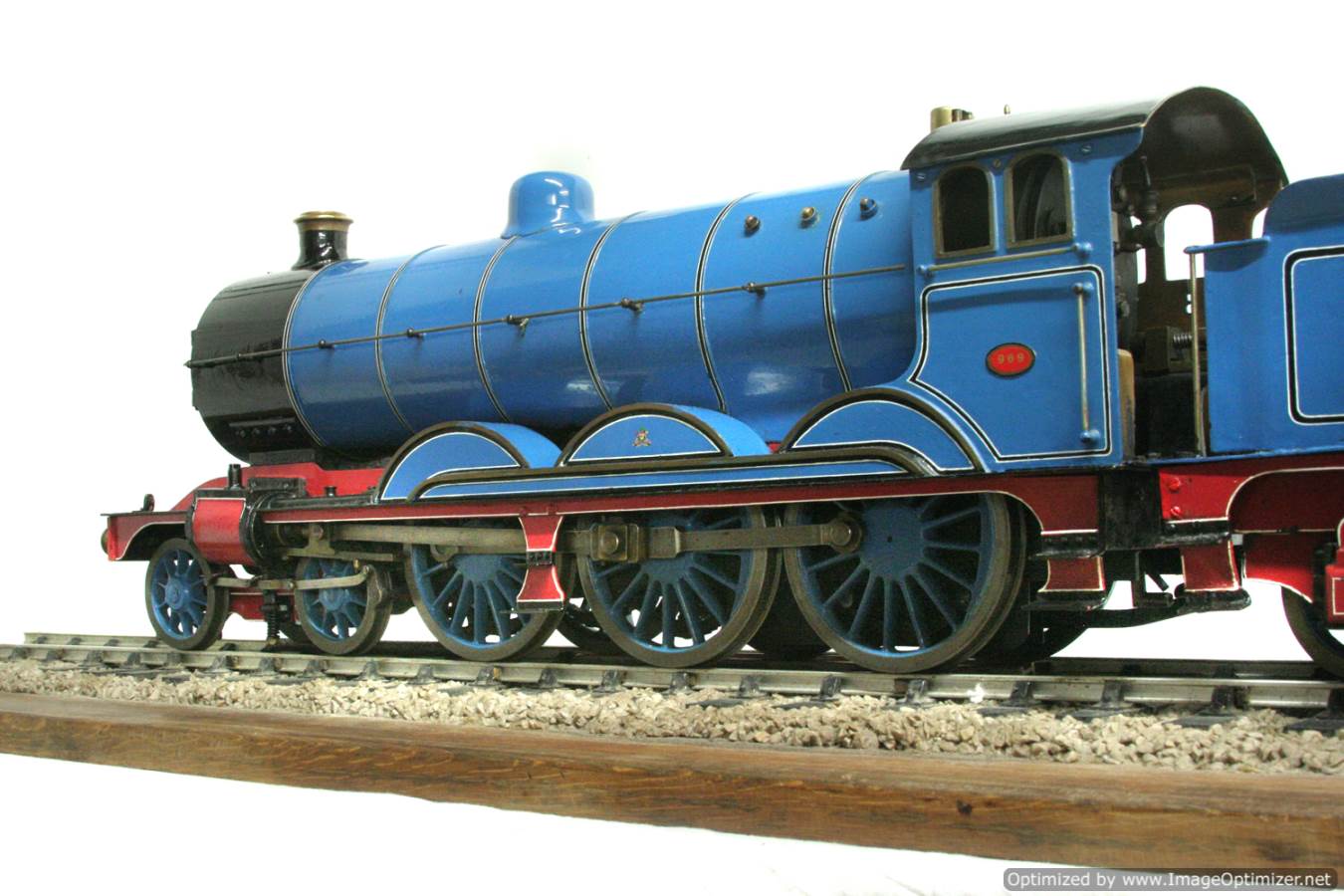 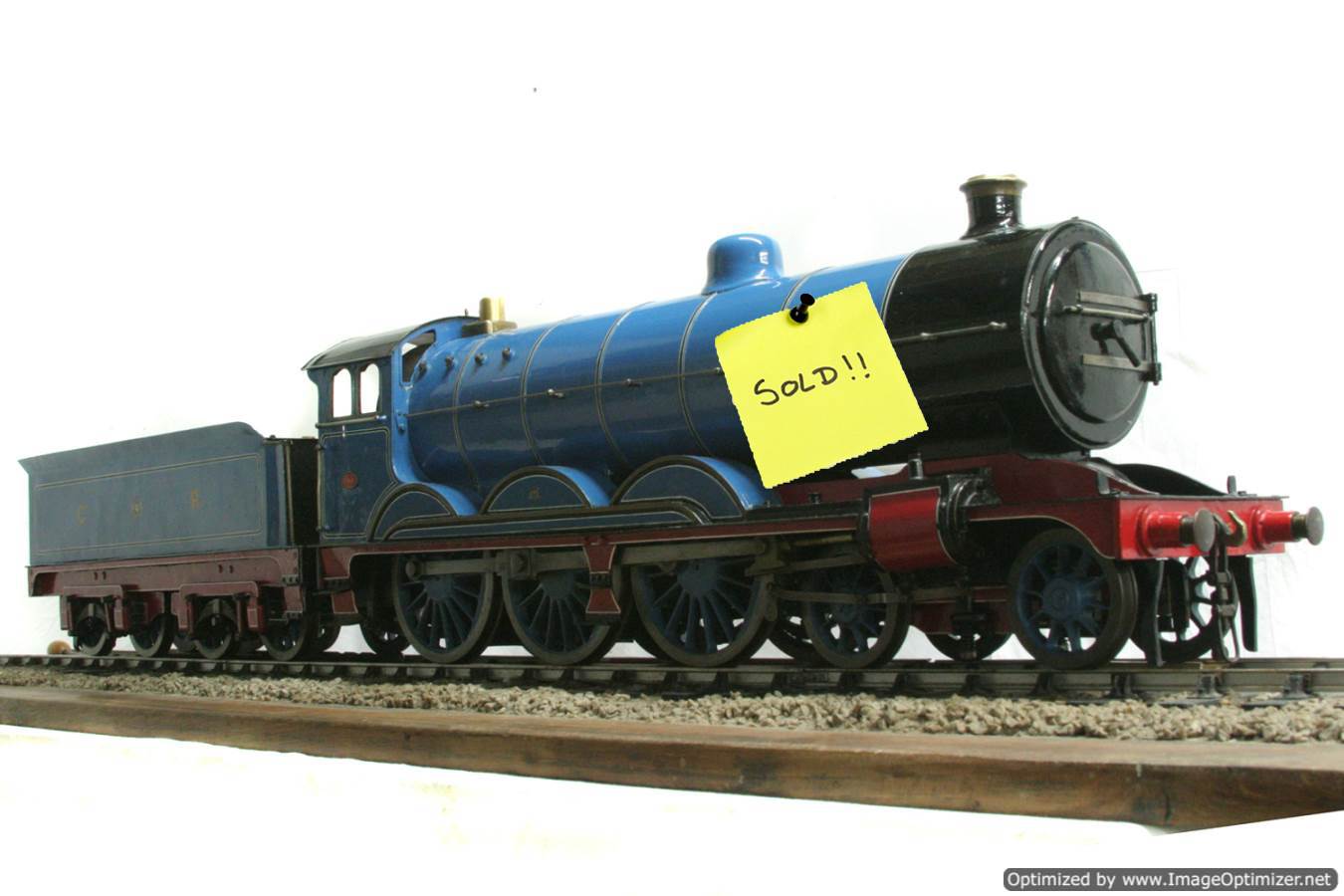