Well, what to say about this machine?!!

Firstly this is a 3" Burrell to the Plastow drawings.  It was built pretty faithfully to the drawings, and ran for many years until it's copper boiler expired, at which point the builder, in his advancing years decided that he couldn't be bothered with all that messy coal and water business, and that it would be far superior if he could just flick a switch, turn a knob and go for an impromptu trundle any time he fancied!  That,.... is what we have here!

The defunct copper boiler has been dreadfully abused, the backhead being hacked off with a blunt bread knife to make way for the insertion of a powerful little electric motor.  The drive exits the side of the boiler, and is then chain linked to a clutch mechanism on the end of the crank shaft.  It's actually a very successful set up, and you can therefore run the model in neutral as well as select one of the standard Plastow gears and go for a pretty convincing ride.

Now being a steam enthusiast, he presumably began to miss the smell and sight of the real thing, so rather cunningly he made a new, little gas fired water boiler, which he popped into the smoke box, running a pipe from a gas tank in the tool box!  This therefore is a fully electric, gas fired Traction engine that chuffs, and emits steam with the best of em!?

There being a plentiful supply of electricity, the lights all do what lights should, and because it used to be a fully standard and working steam model, the cylinder has good compression, so it sounds pretty close to the real thing as well.

It's certainly an odd-ball of a thing.  We were half tempted to re-boiler, repaint and offer it as a normal Plastow, but the general queue of projects amassing in front of it here at The Steam Workshop is making that an unlikely prospect for us.   A potential project for you though,... and if not, a pretty unique, ready to run, switch on and go toy! 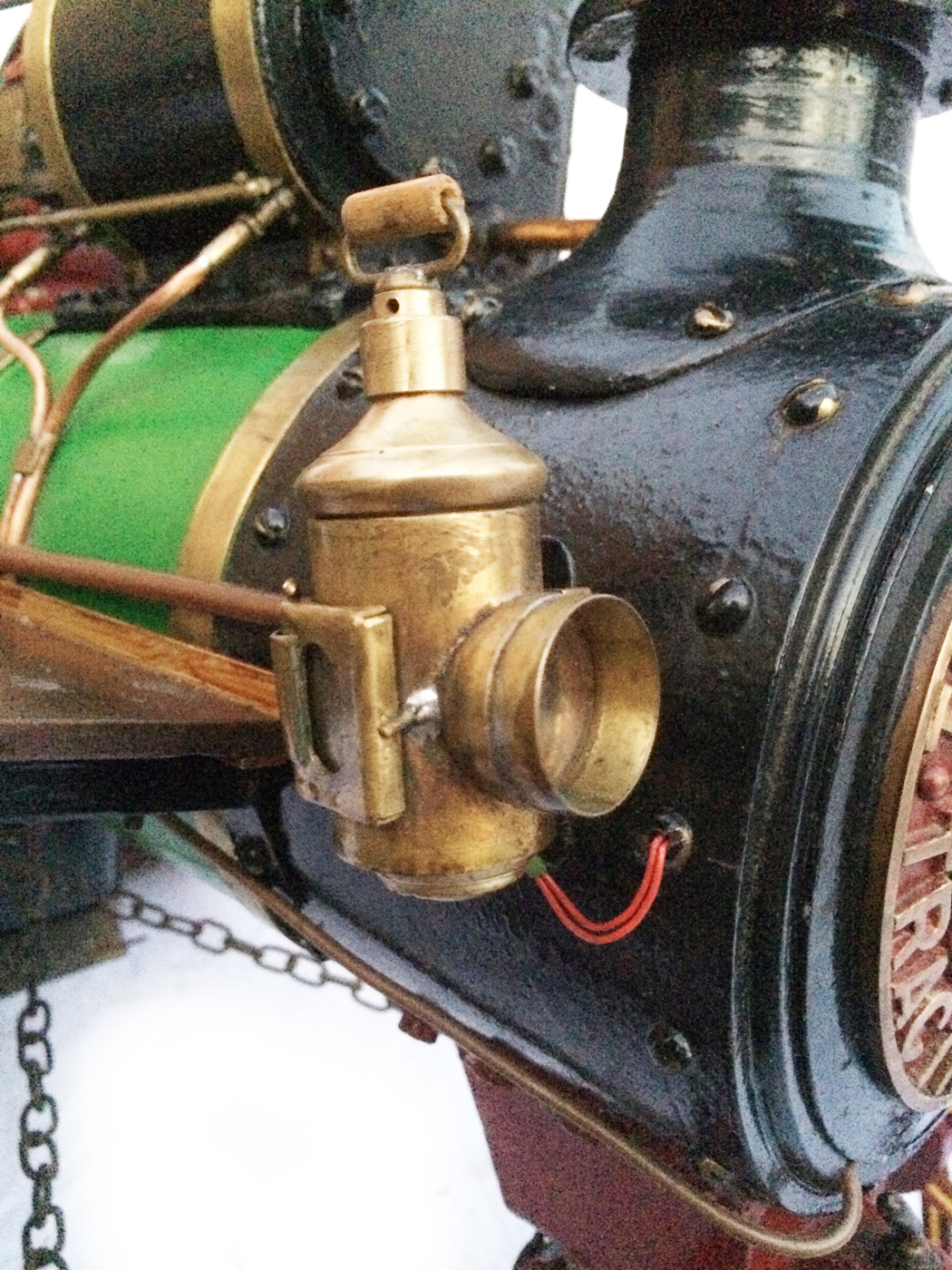 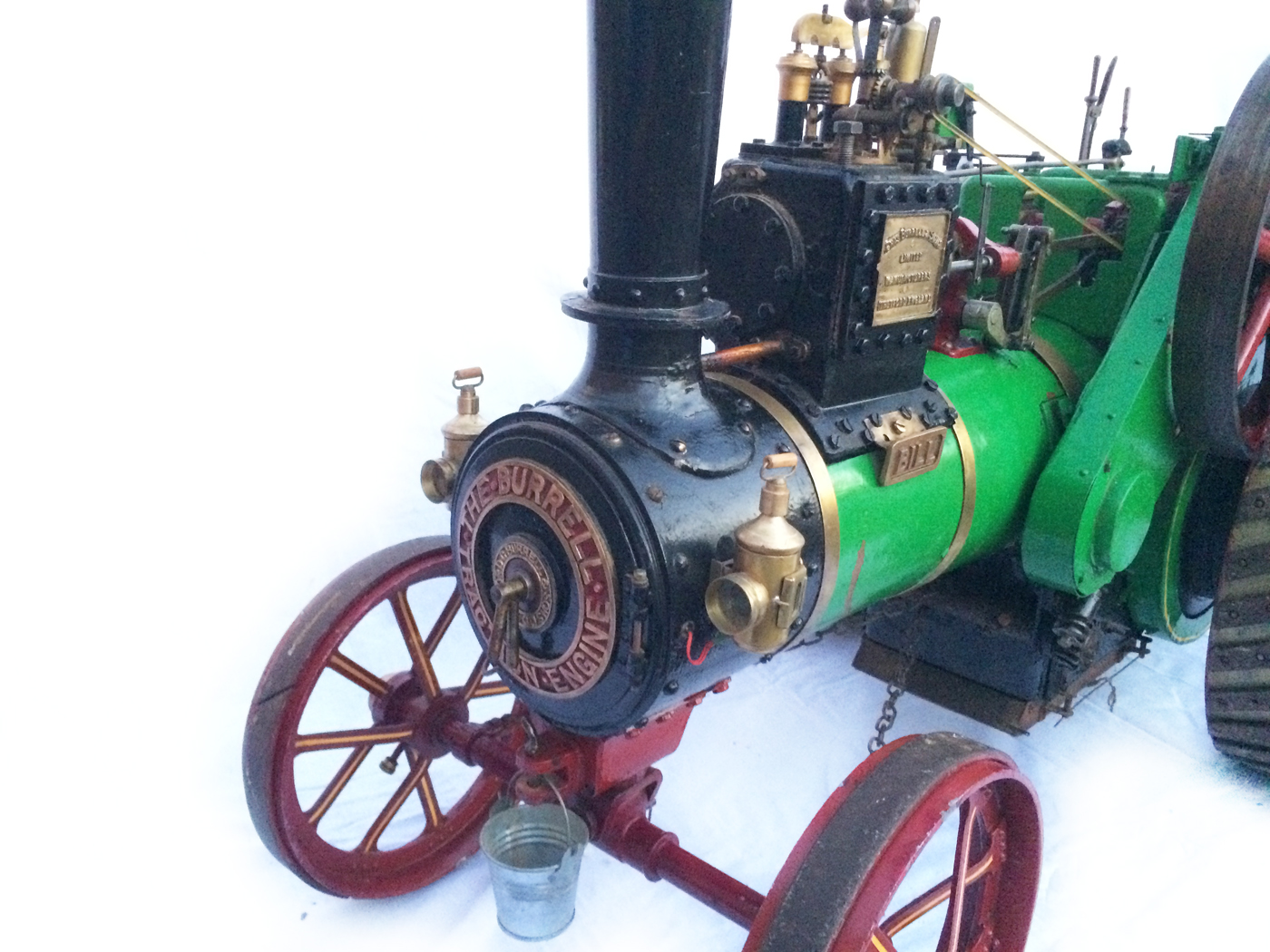 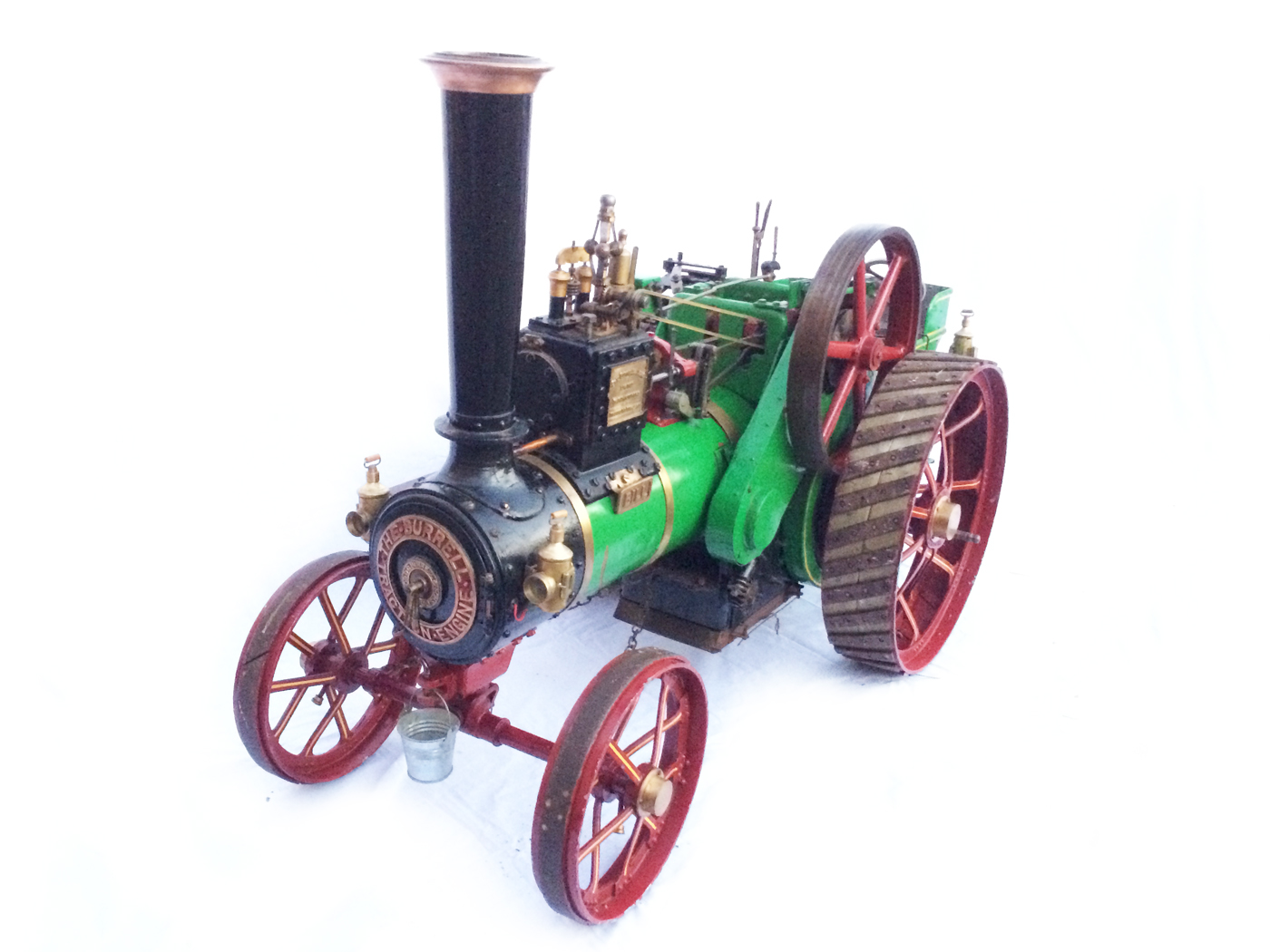 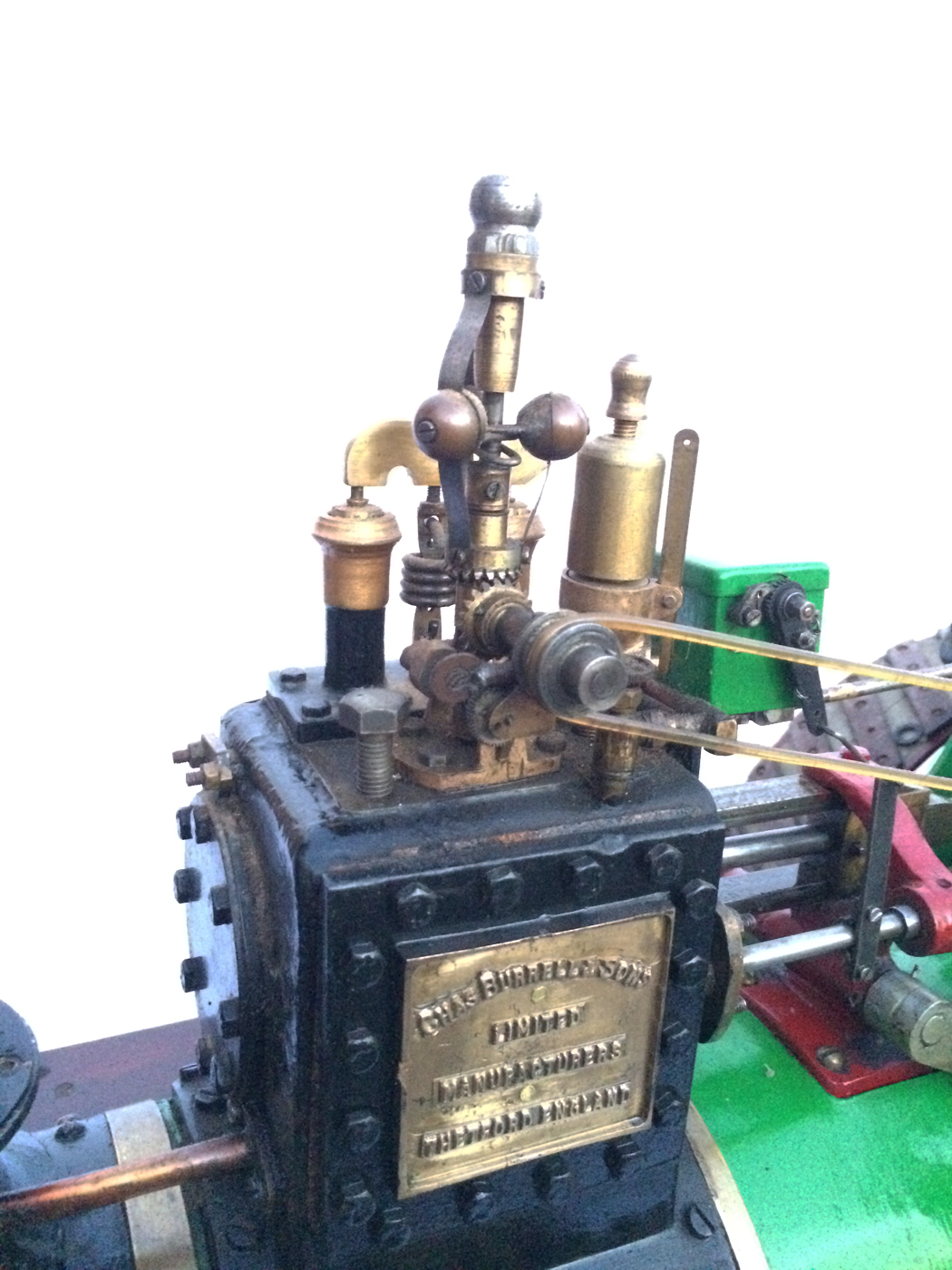 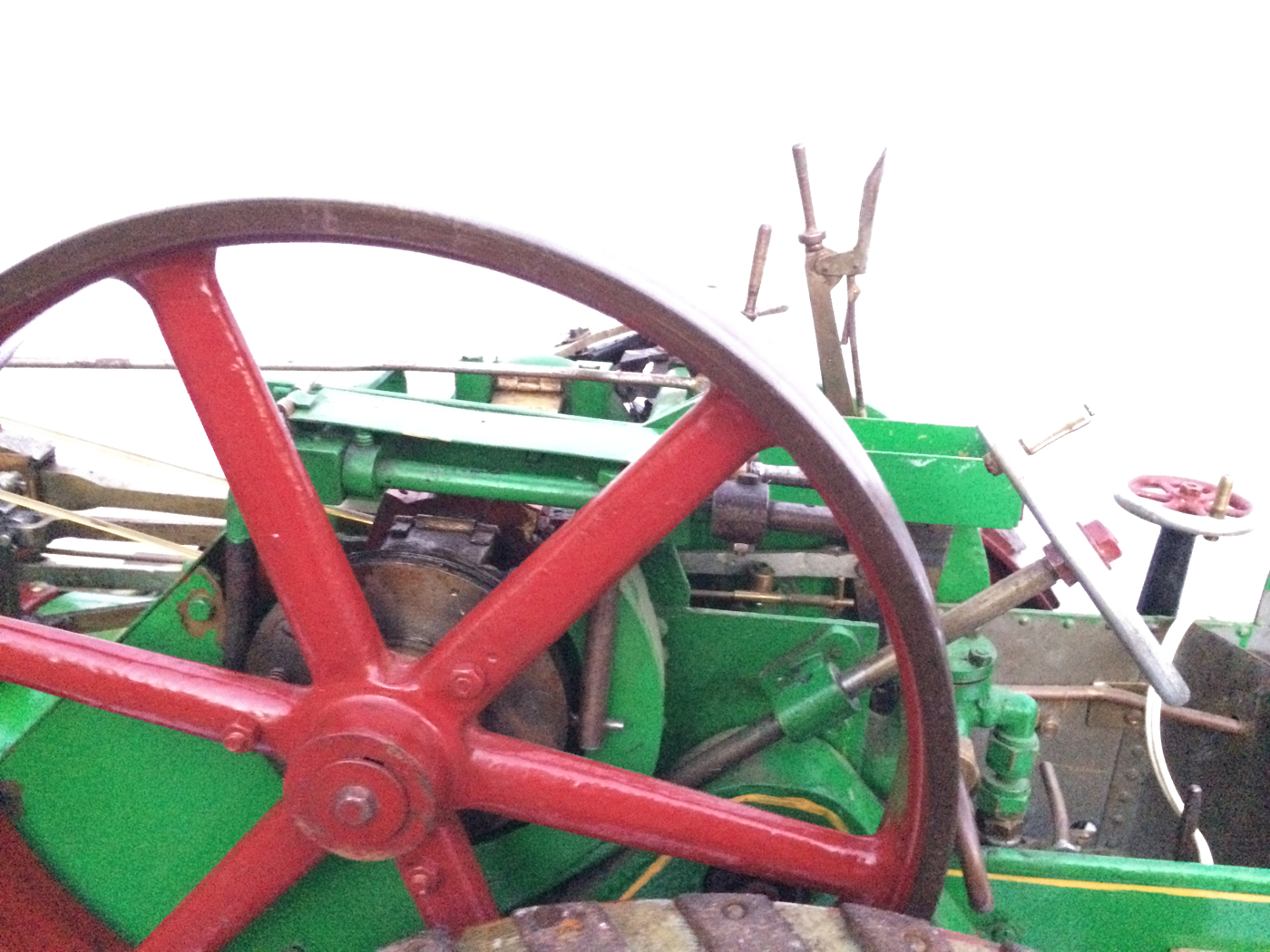 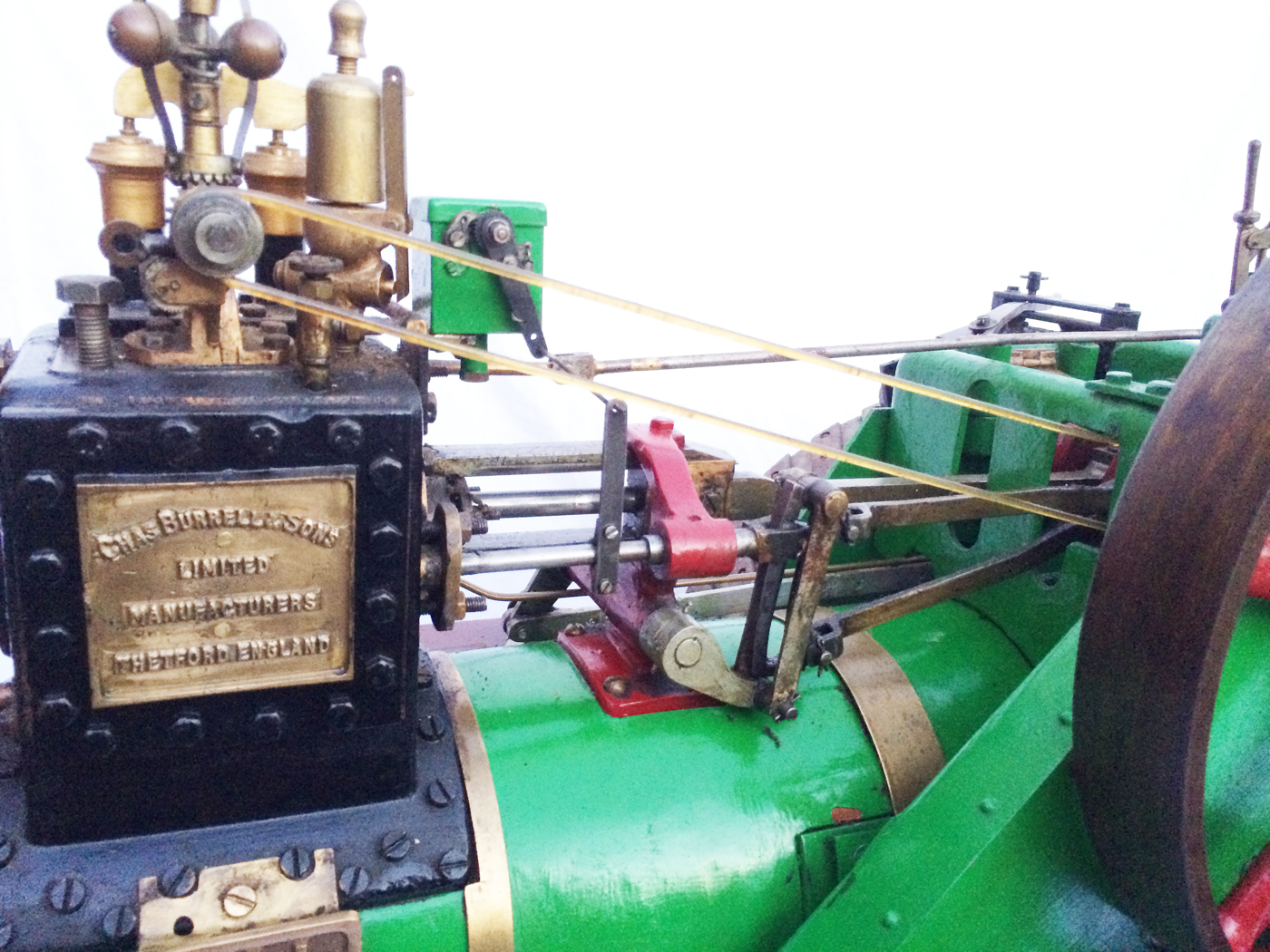 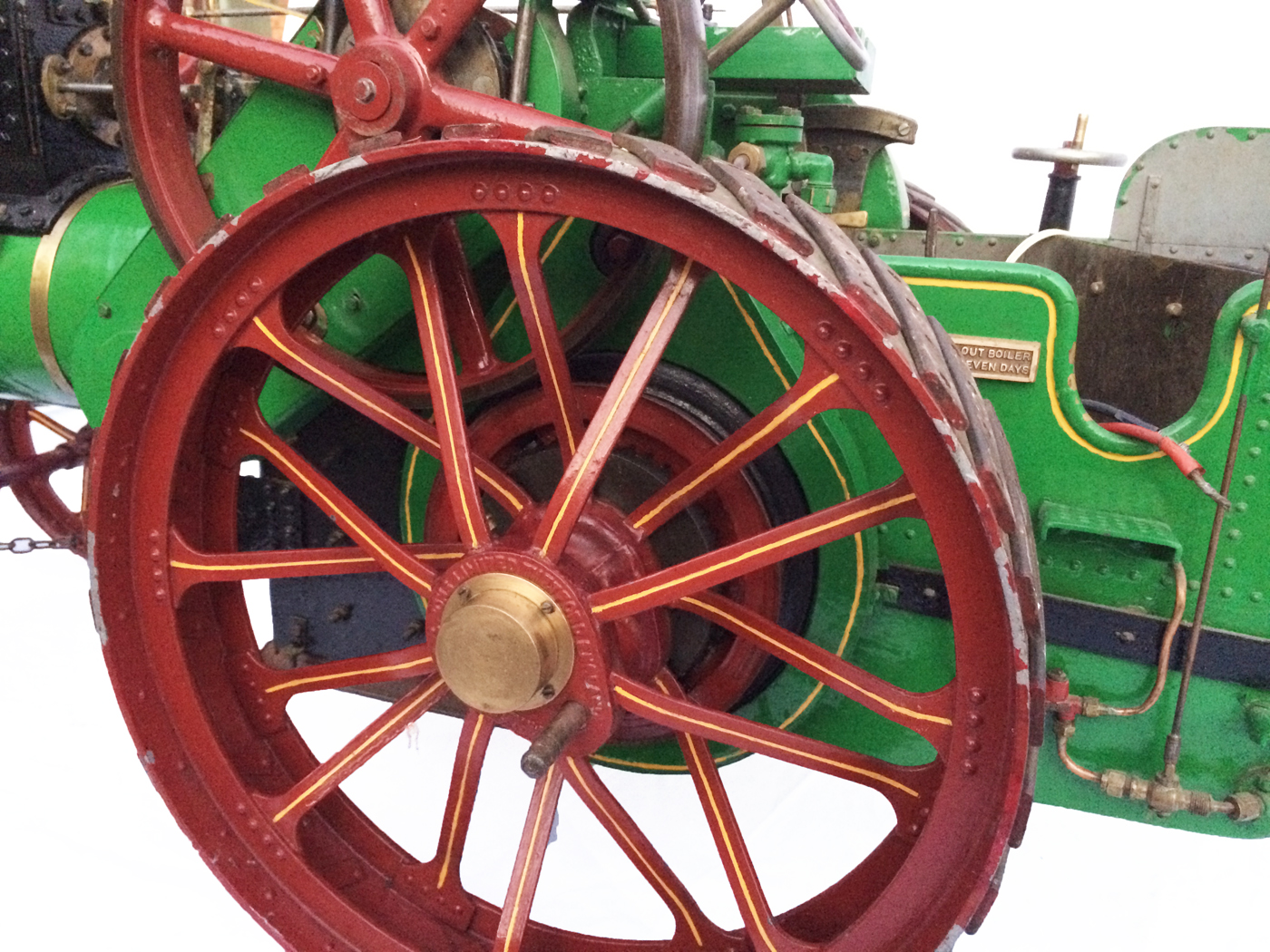 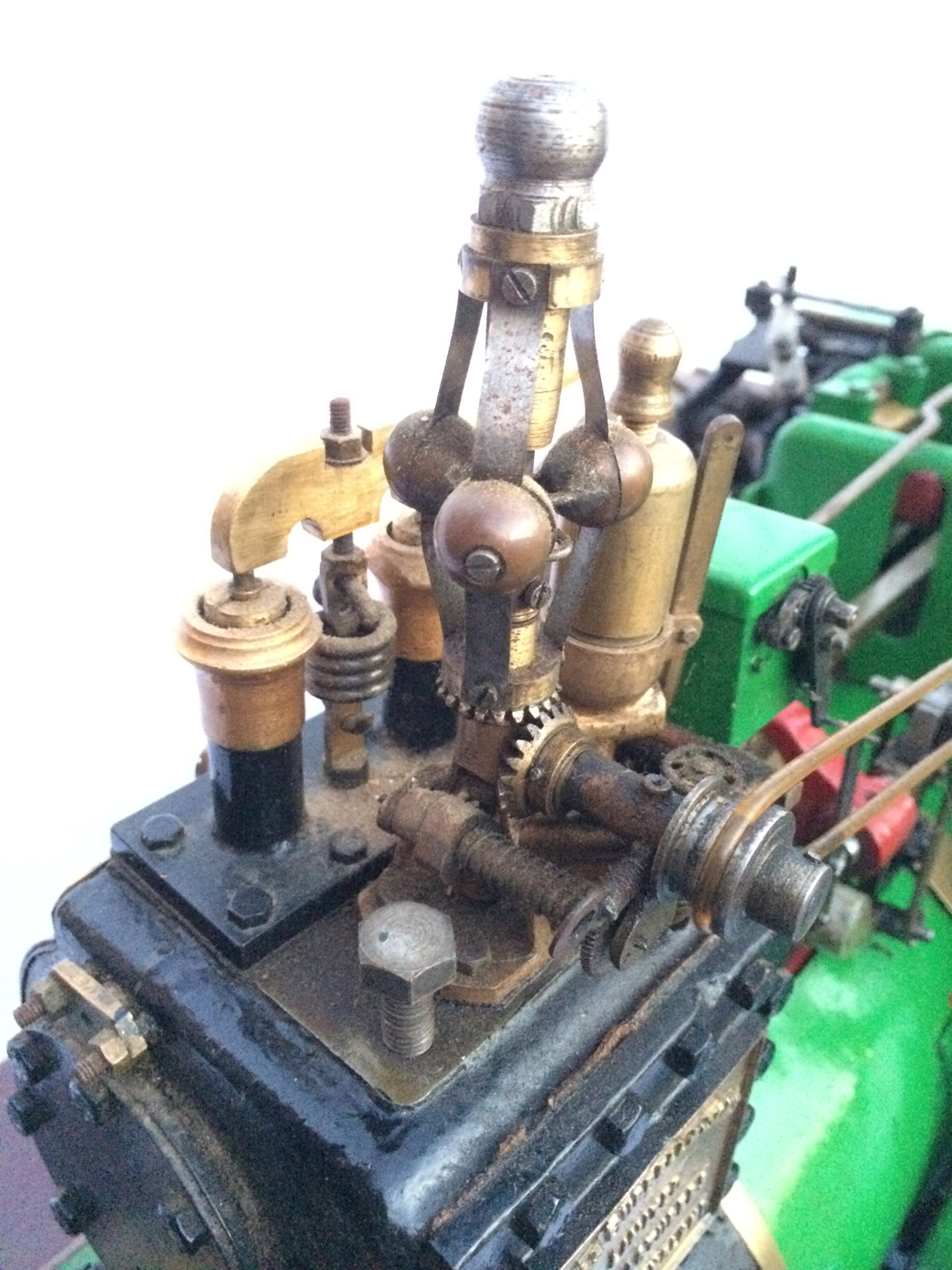 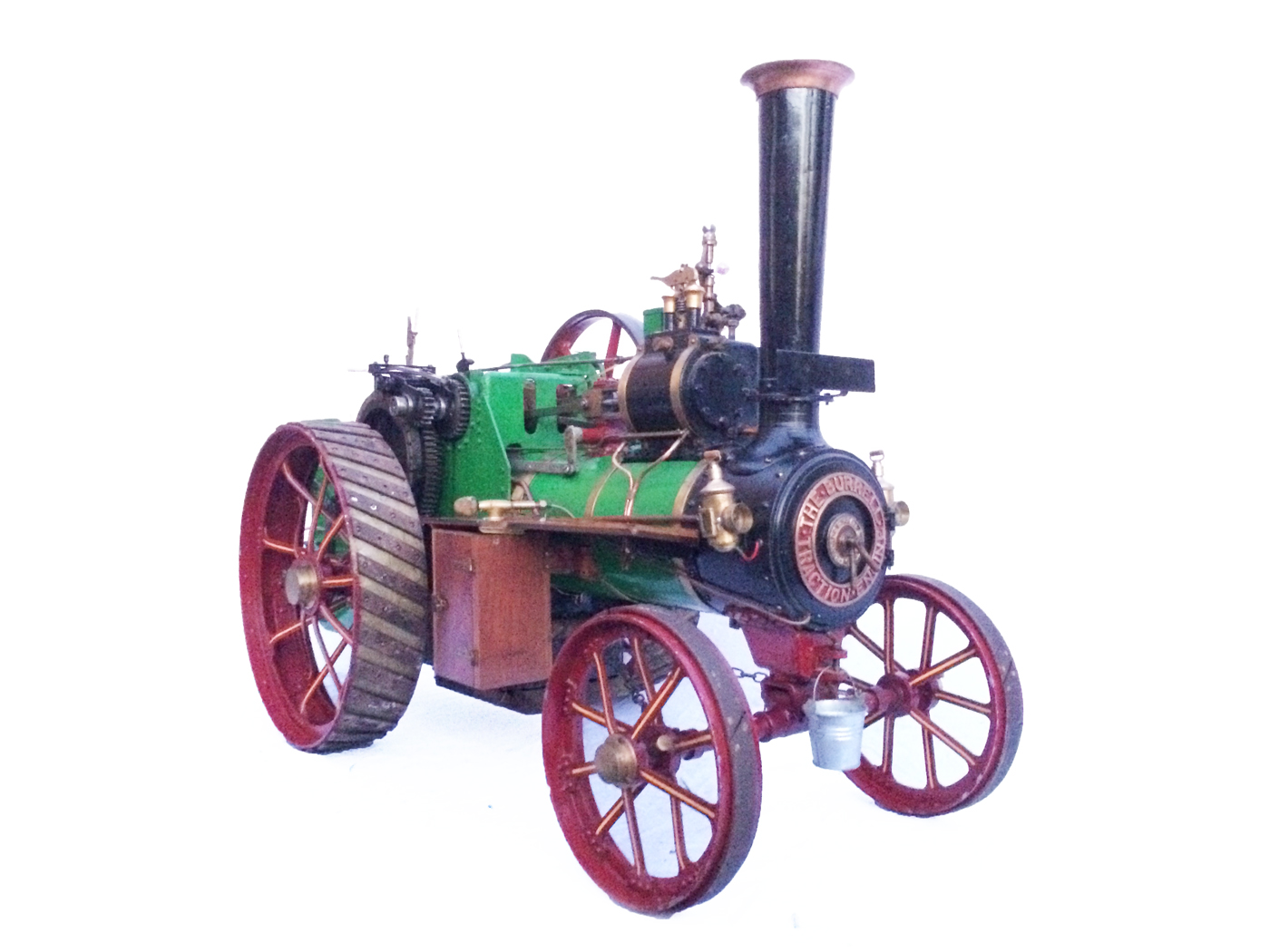 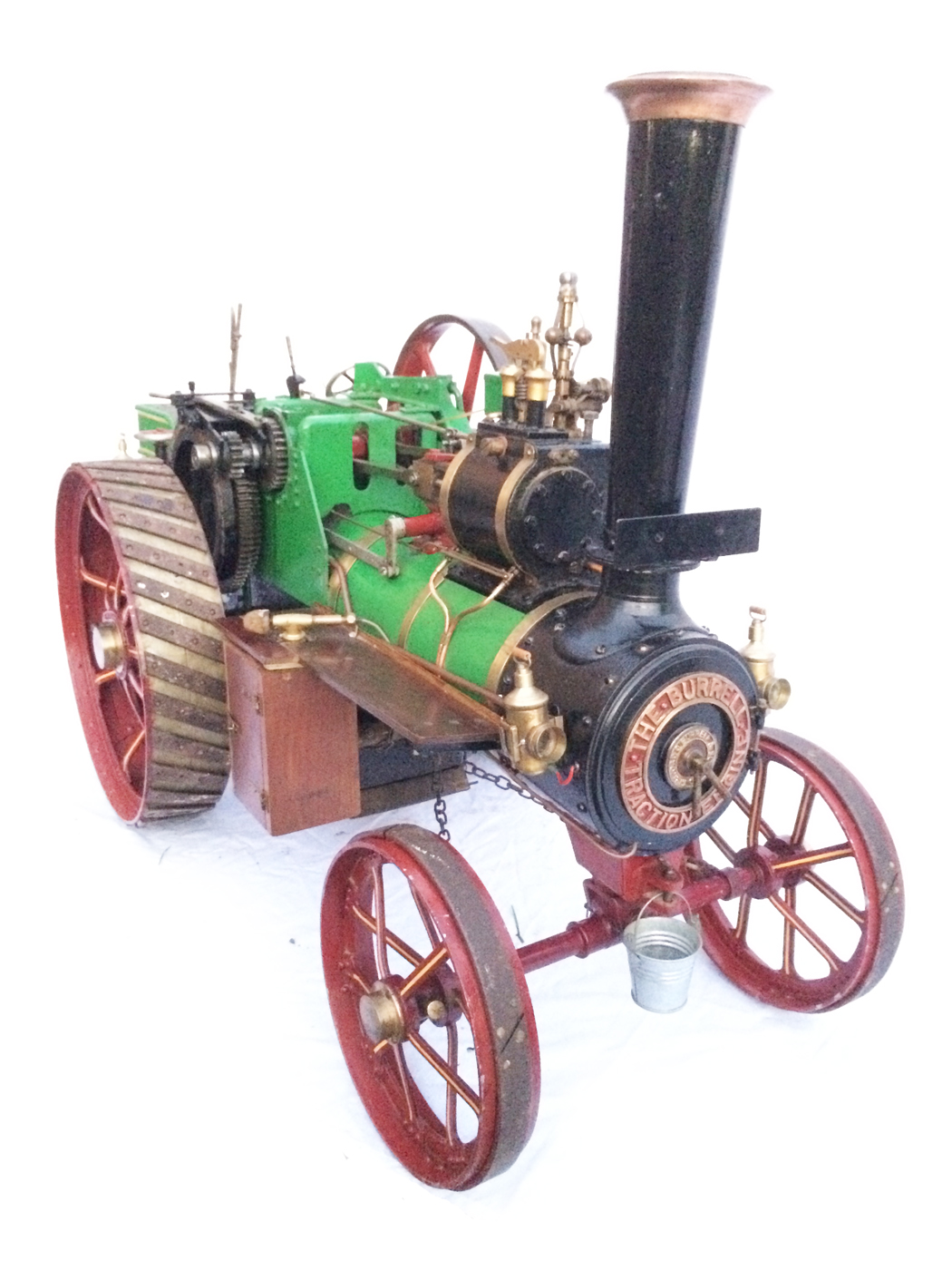 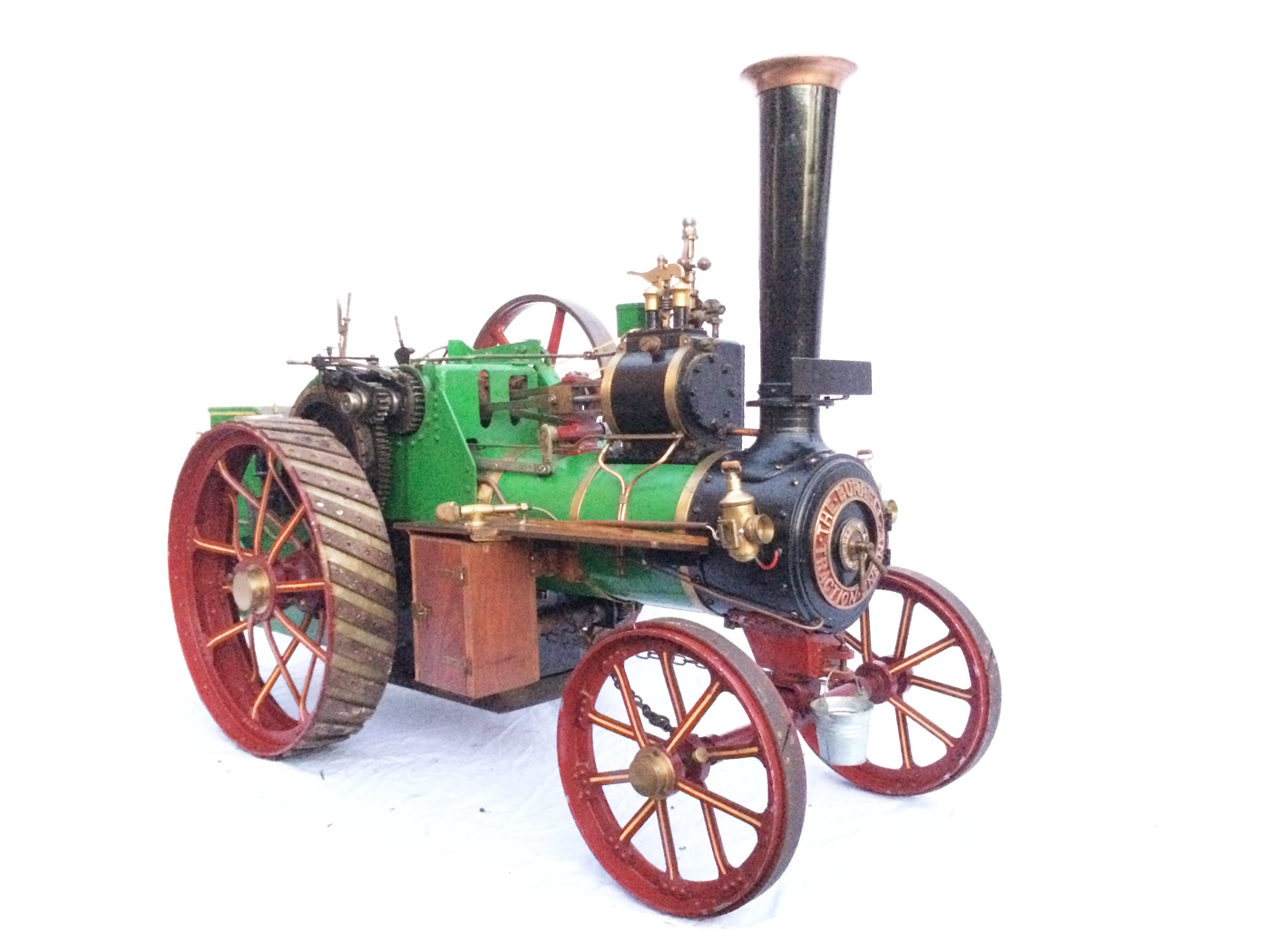 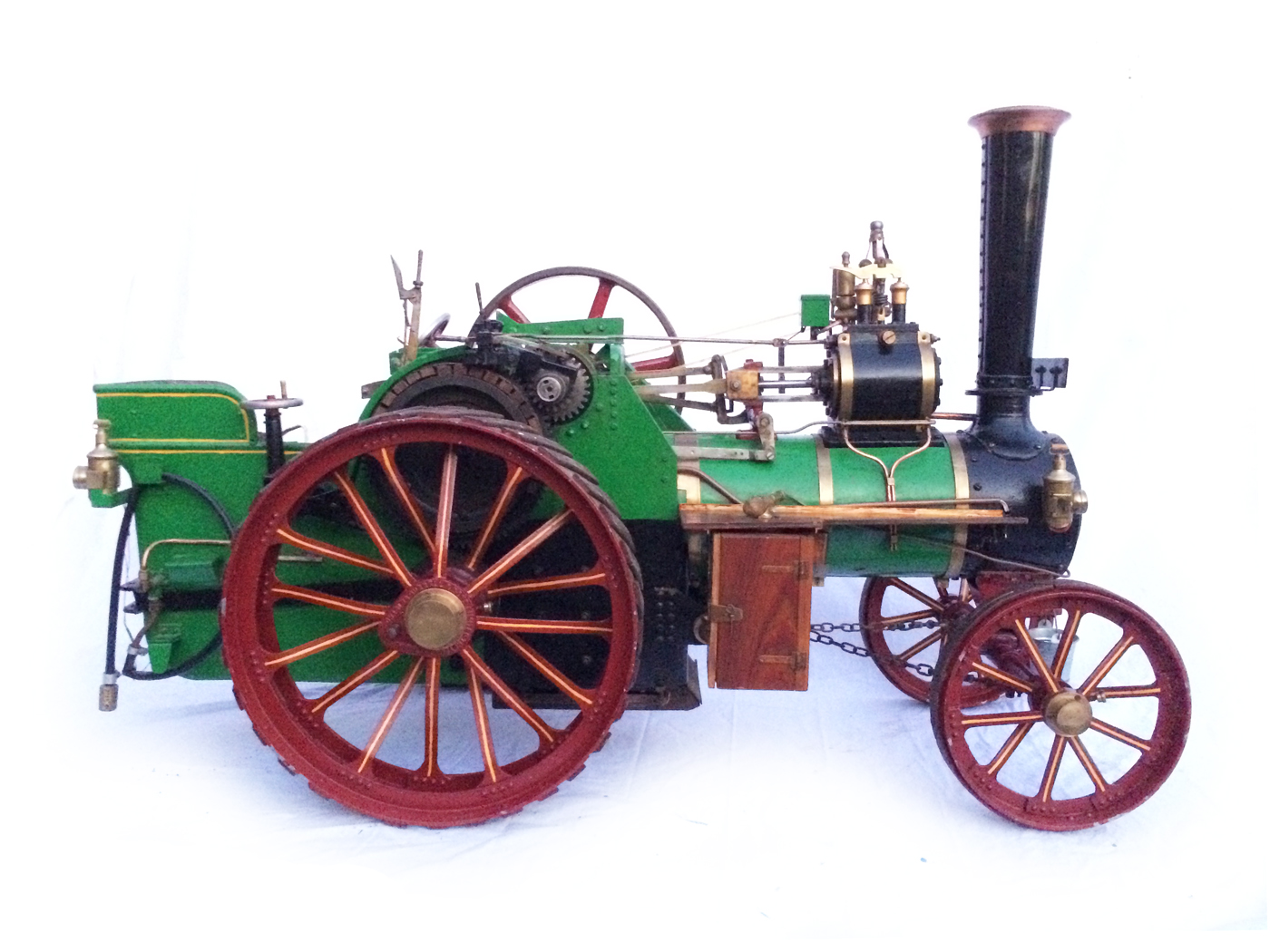 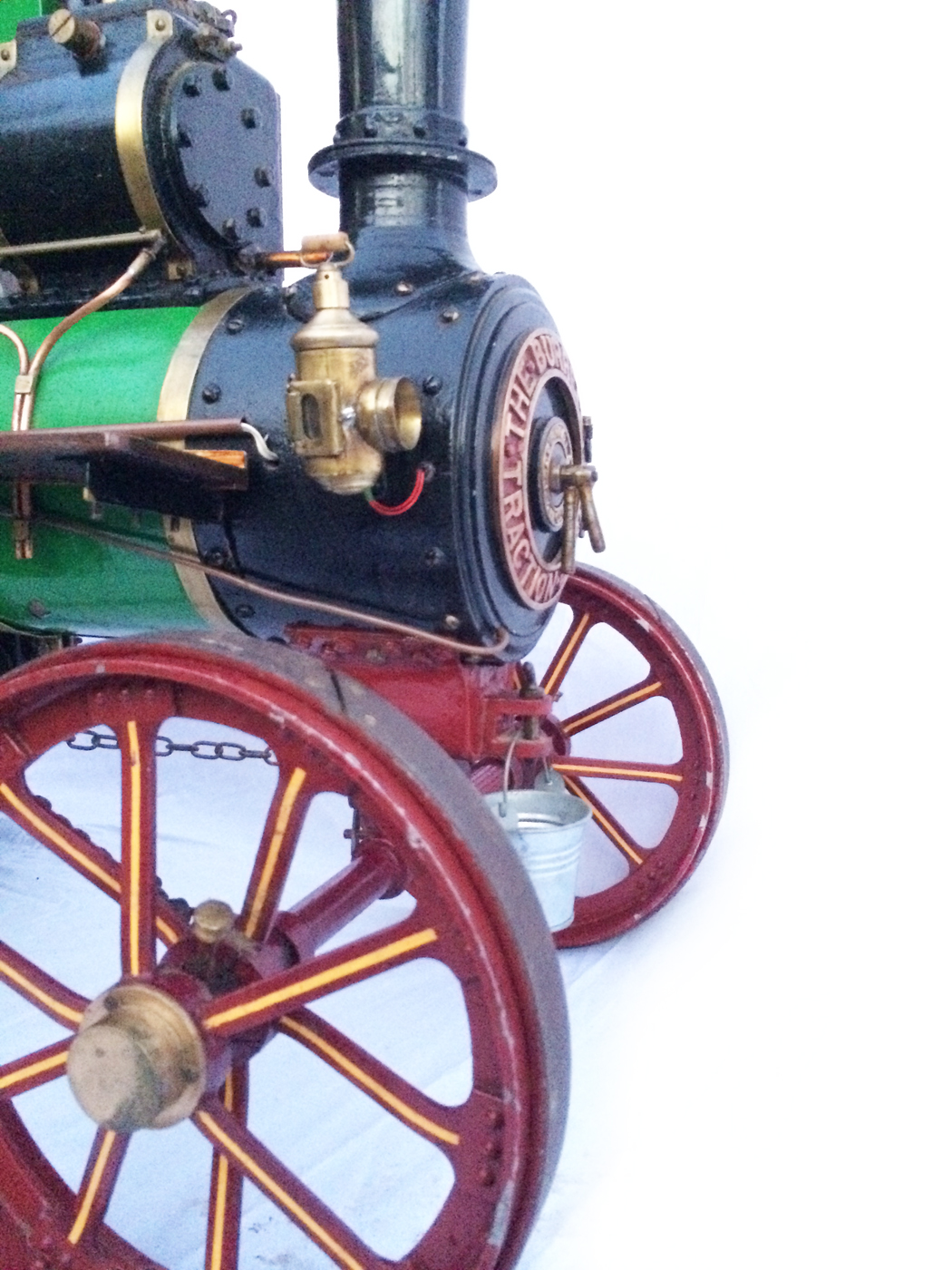 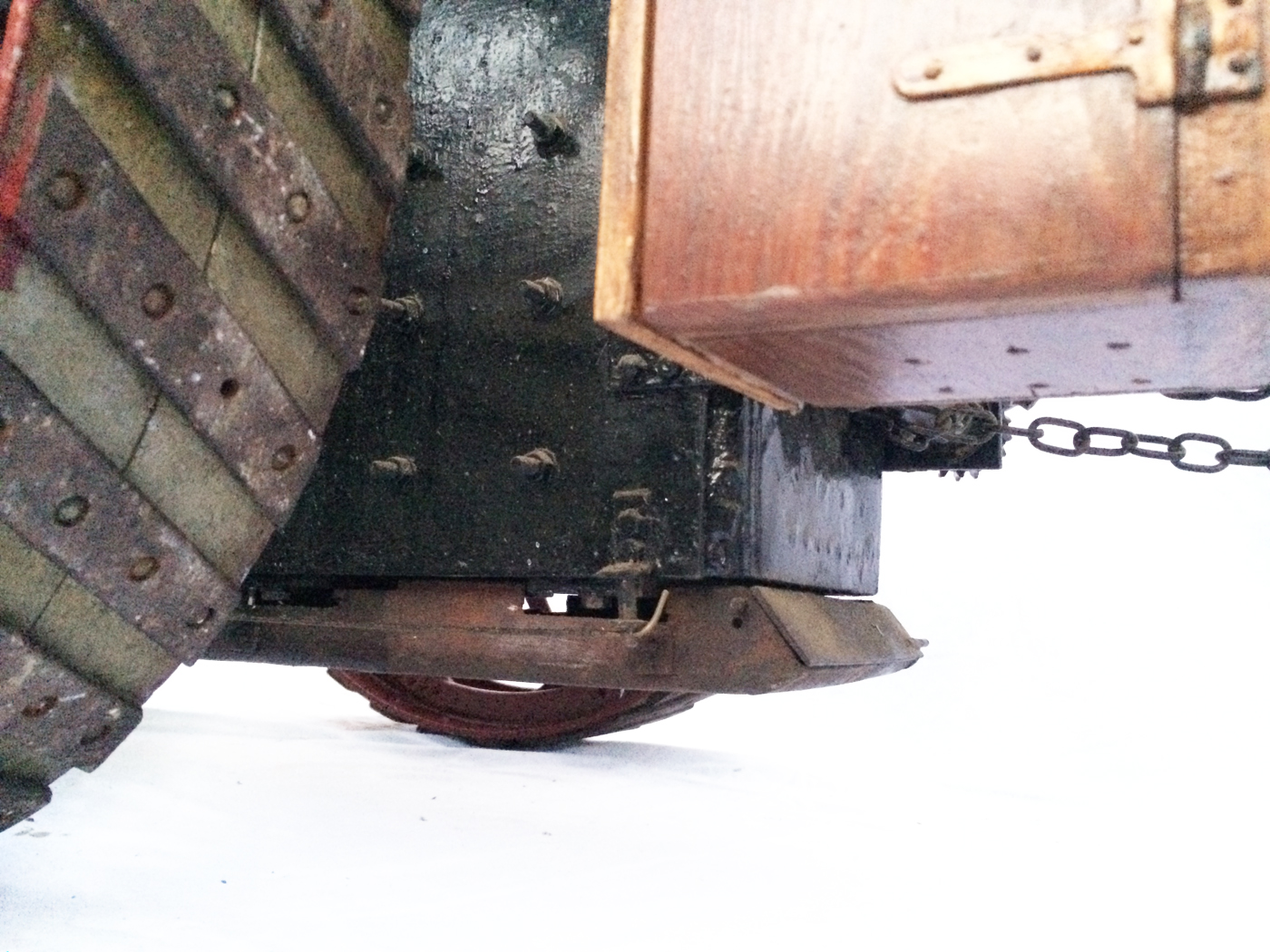 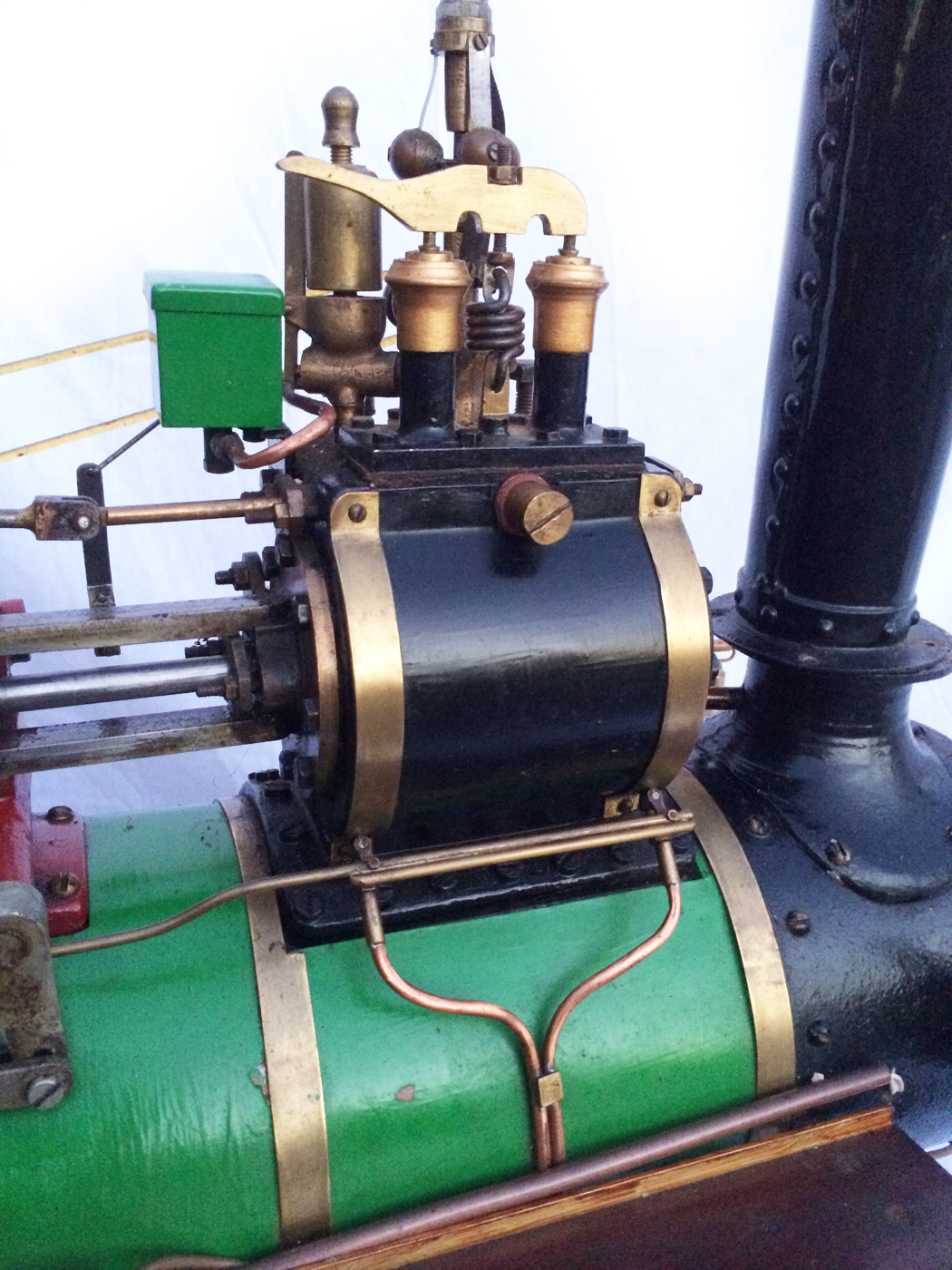 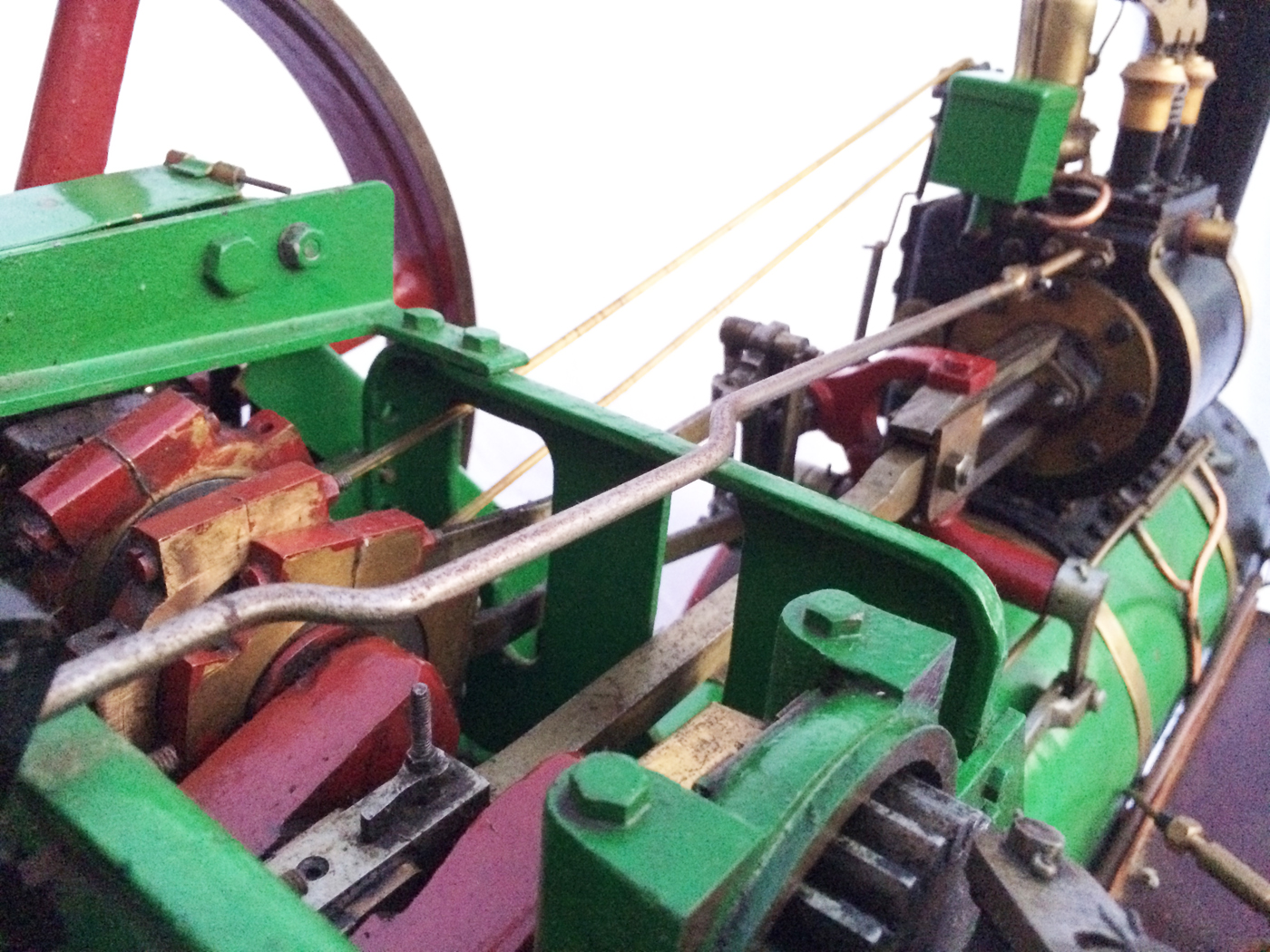 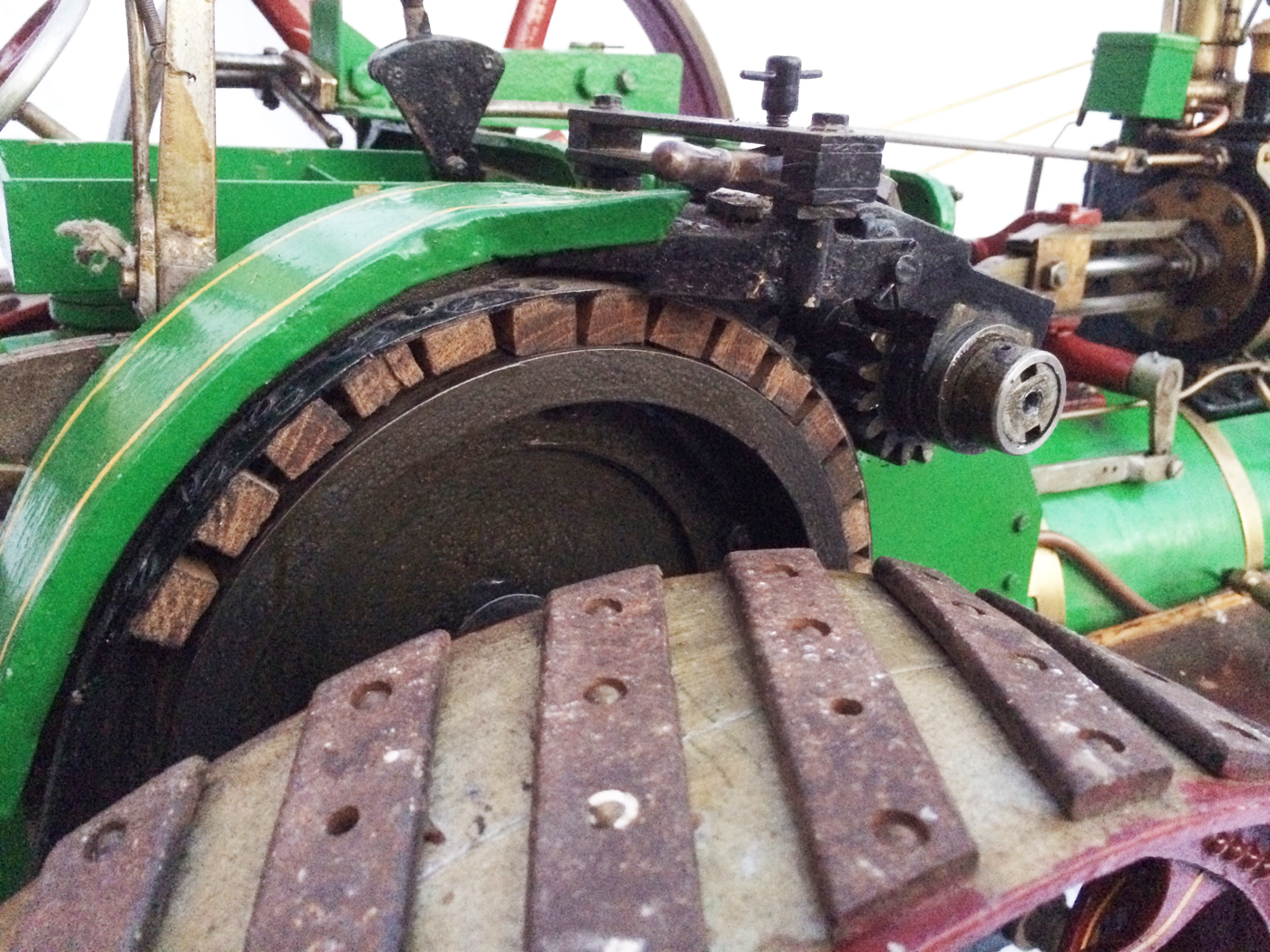 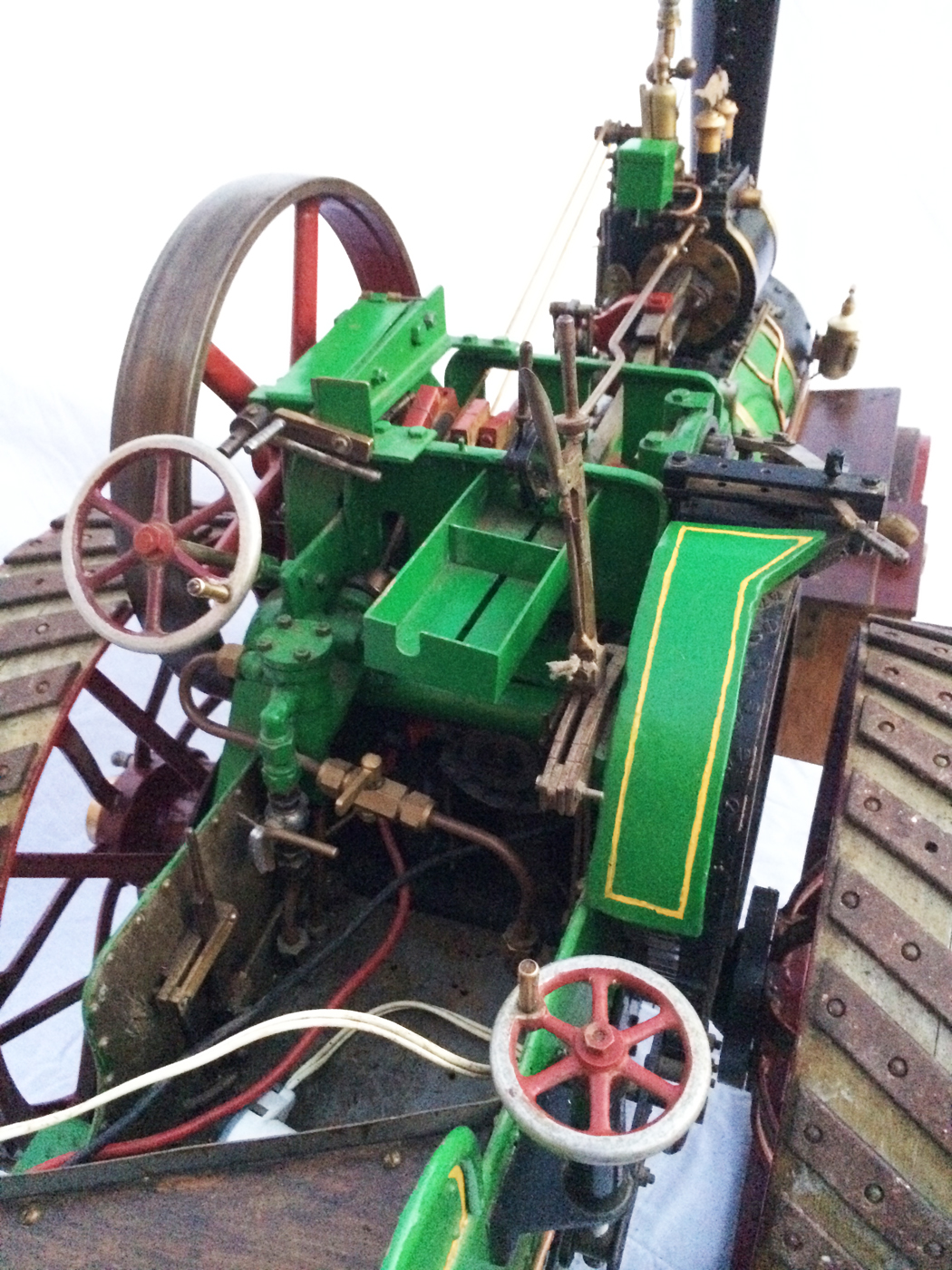 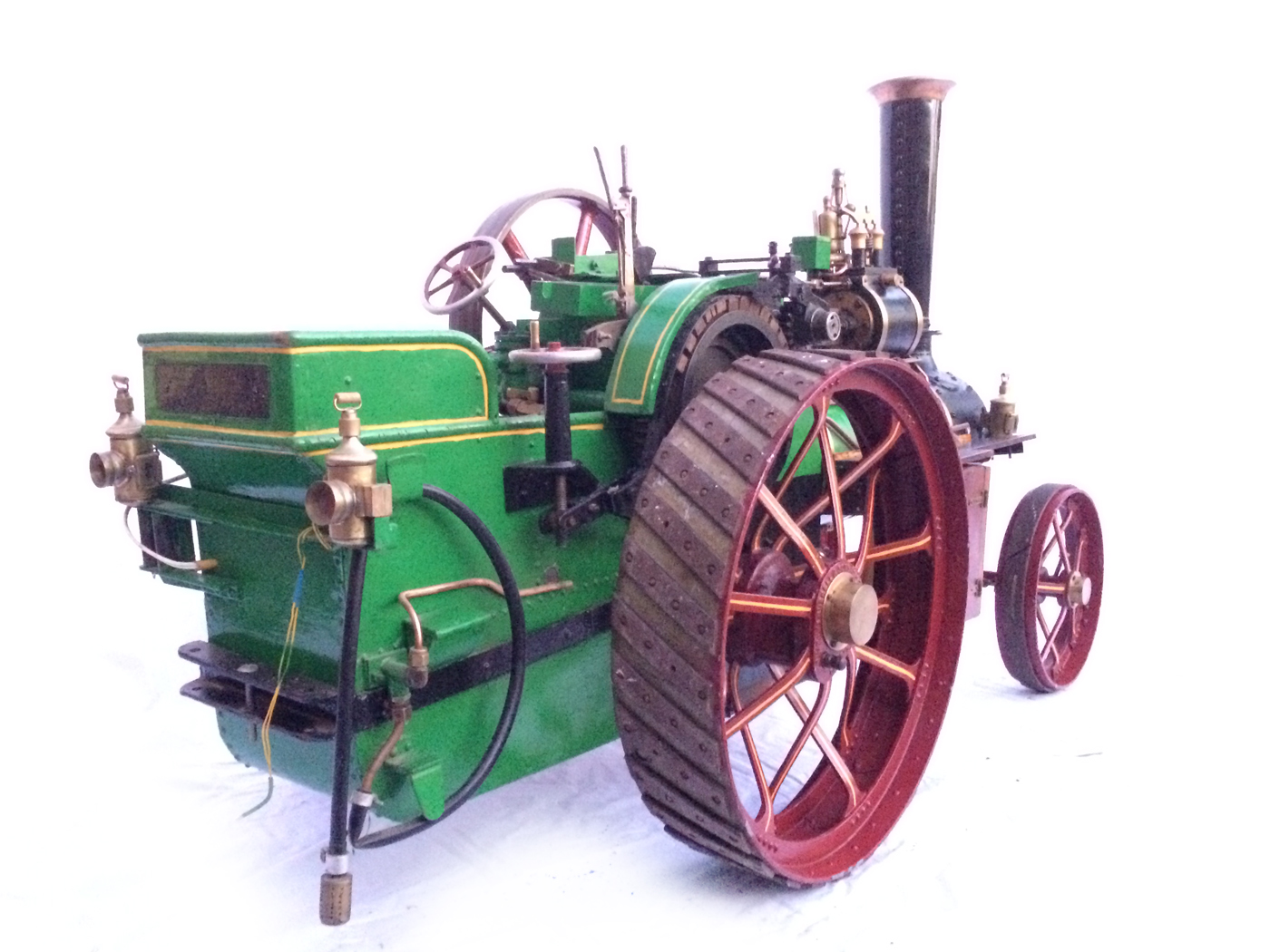 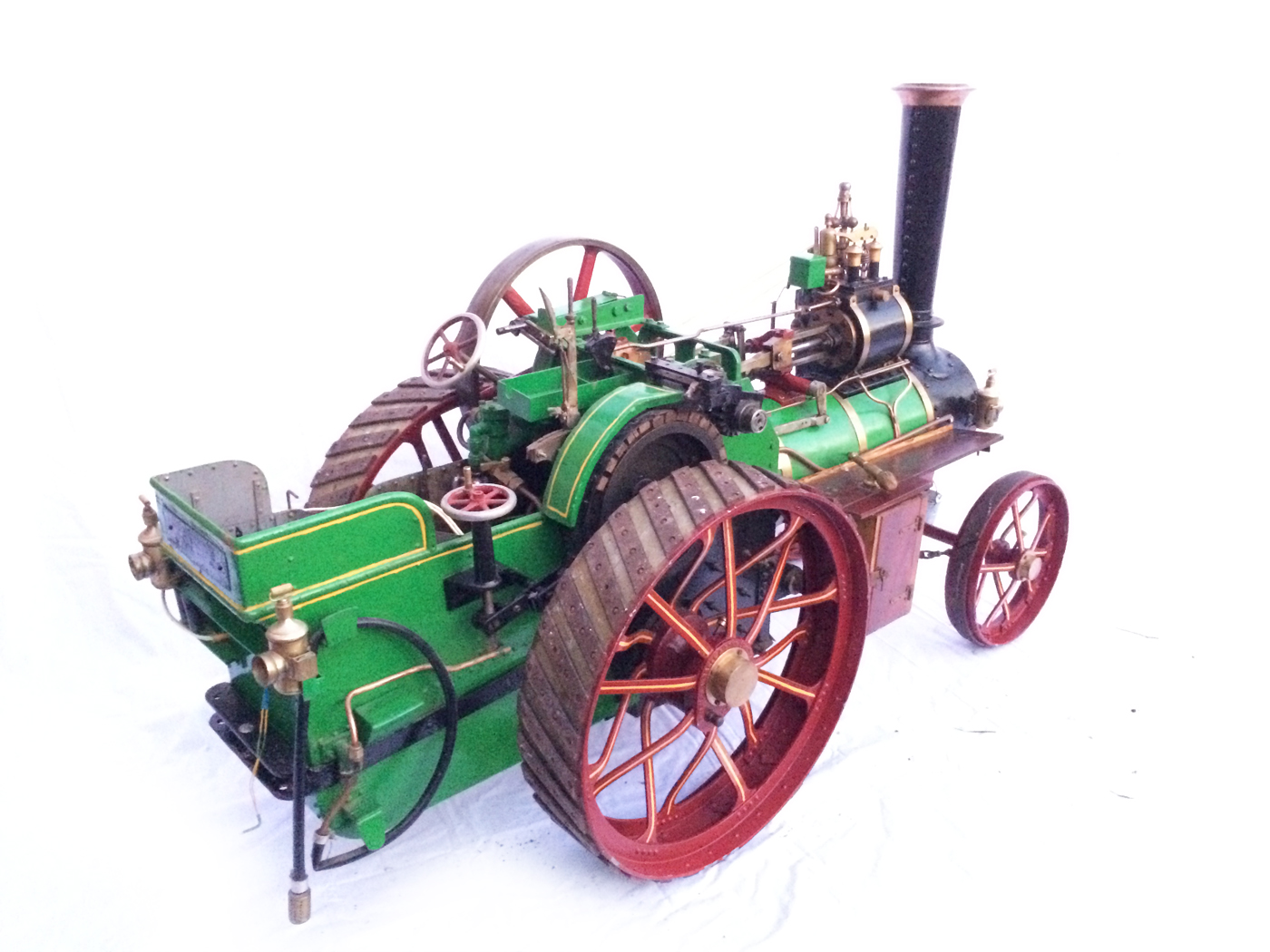 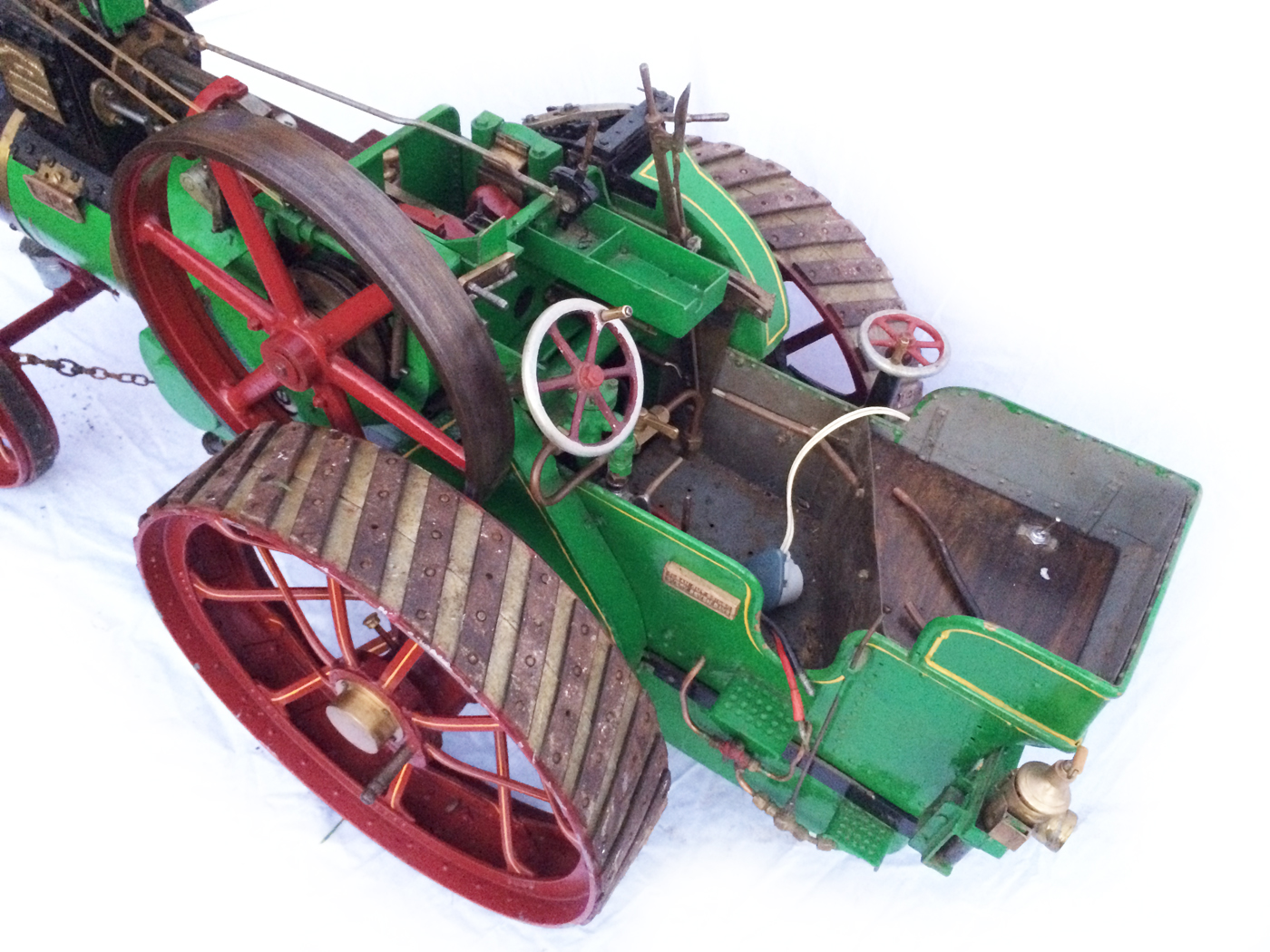