Are you sitting comfortably?  Then we shall begin!  So,.... it's 1932 and Stanier has just taken up his post as CME of the LMS.  Keen to make his mark on the locomotive fleet, when an order was placed by the traffic department for delivery of 40 more examples of the old Hughes Crabs, (them having proved superbly capable locomotives since their 1926 beginings), Stanier decided to introduce a taper boiler version, in line with his policy of using taper boilers on all new locomotive designs.  He and his designers set to work 'tweaking', and ultimately there were so many changes to the layout of the locomotive, such as higher boiler pressure and smaller cylinders, that it became a new design, the Stanier Mogul.  So far so good...!

However,..... along with the 5 Crabs fitted with experimental Lentz rotary-poppet valvegear, number 2856, nearing the end of it's original boiler life, and having been involved in a hydraulic lock wheel spin that resulted in a cracked cylinder returned to Crewe works for rebuild and the decision was taken to trial and develope the new boiler and cylinder combination in the original Crab chassis.  Sadly, no such thing actually happened in the real world,.... Stanier just went for it with the first 'new' Mogul 13245 emerging in 1933, controversial GWR top feed cover n all,..... but if he had indeed decided to rebuild an original crab as a test bed for his new boiler and cylinders, this model is a pretty good representation of that Hughes/Stanier love-child!

The model is constructed, I think from a Princess Marina base, but competently modified to resemble a halfway house between the Hughes Crab and the Stanier Mogul.  It's not just a cosmetic job as the cylinders are correctly inclined and raised from their Princess Marina position, and the appropriate valve gear modifications have also followed.

The builder very sadly passed away last year, but standard of model engineering that he achieved is absolutely superb, being as crisp and well made as any 3 1/2" gauge locomotive that I have seen.

The model is fitted with twin axle driven pumps and bypass valve, an injector and a tender hand pump.  There is a large mechanical lubricator under the front footplate, cab operated drain cocks, a quick release ashpan and grate for ease of operation and a lovely big pair of whistles hidden under the footplate!

It comes with a fresh 4 year hydraulic and a new steam certificate, and will be as well admired on your mantle piece as a fine example of model engineering skill, as it would be ticking round your local club track like a sowing machine.

A very high quality bit of model engineering for: 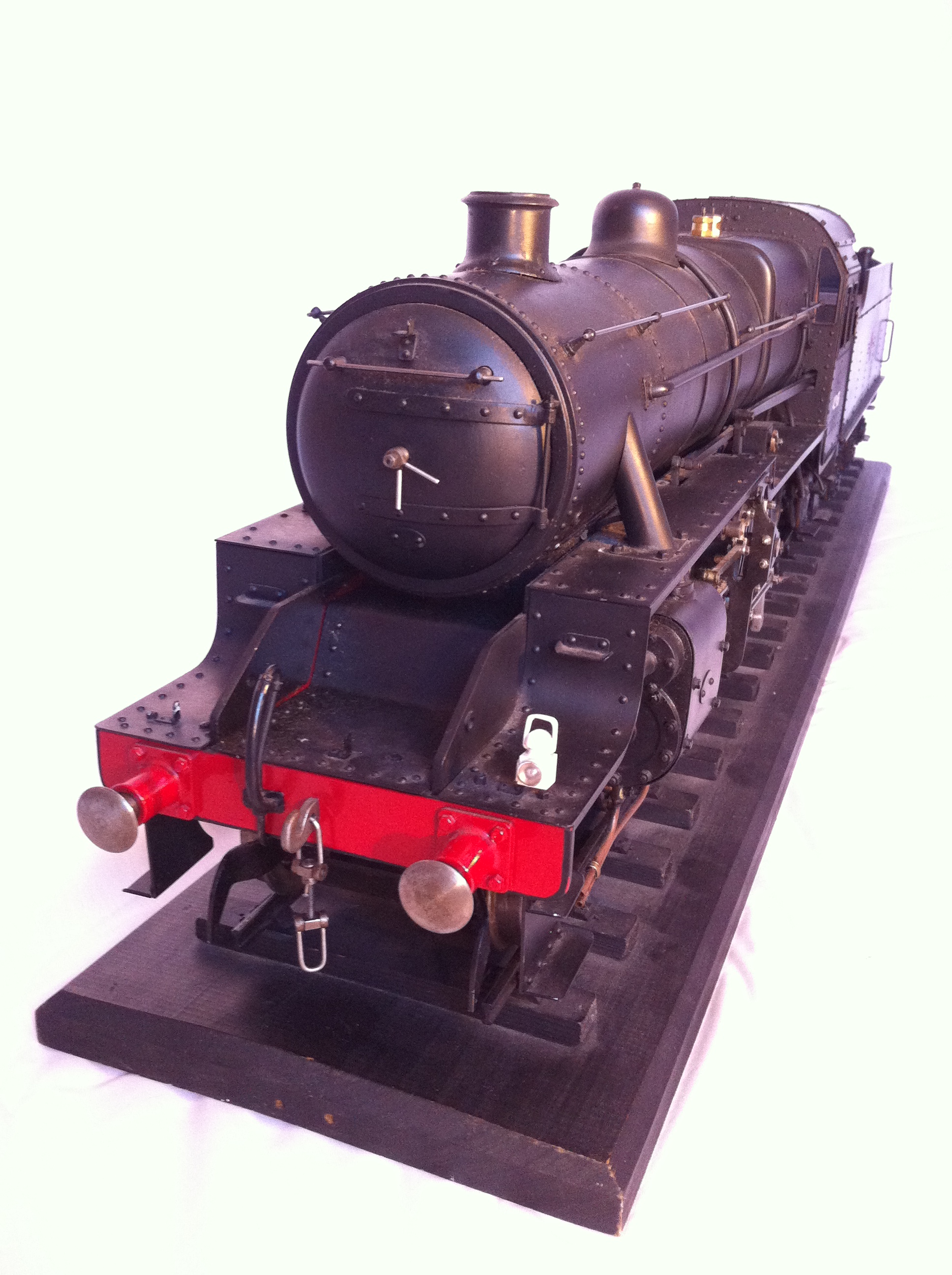 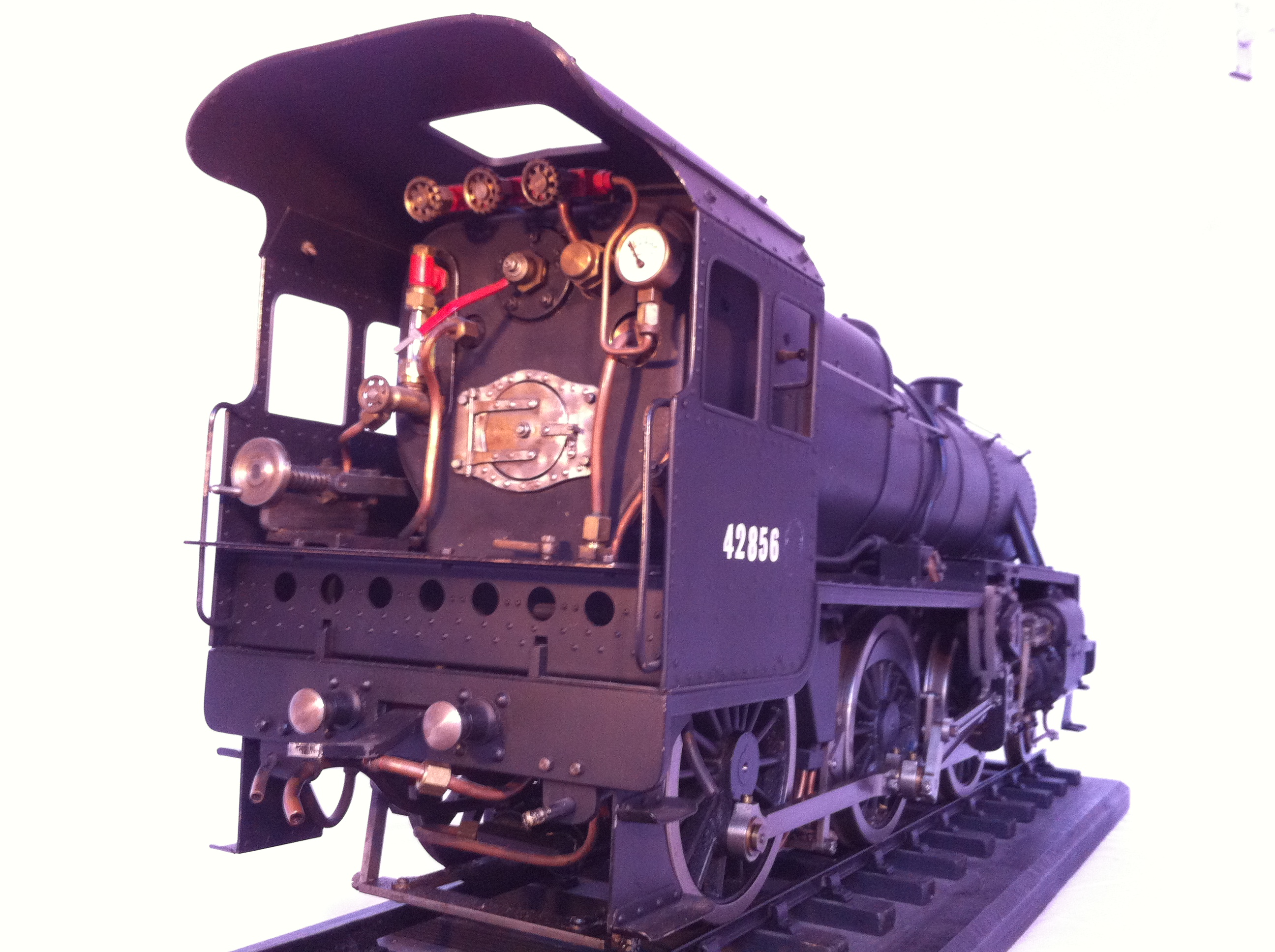 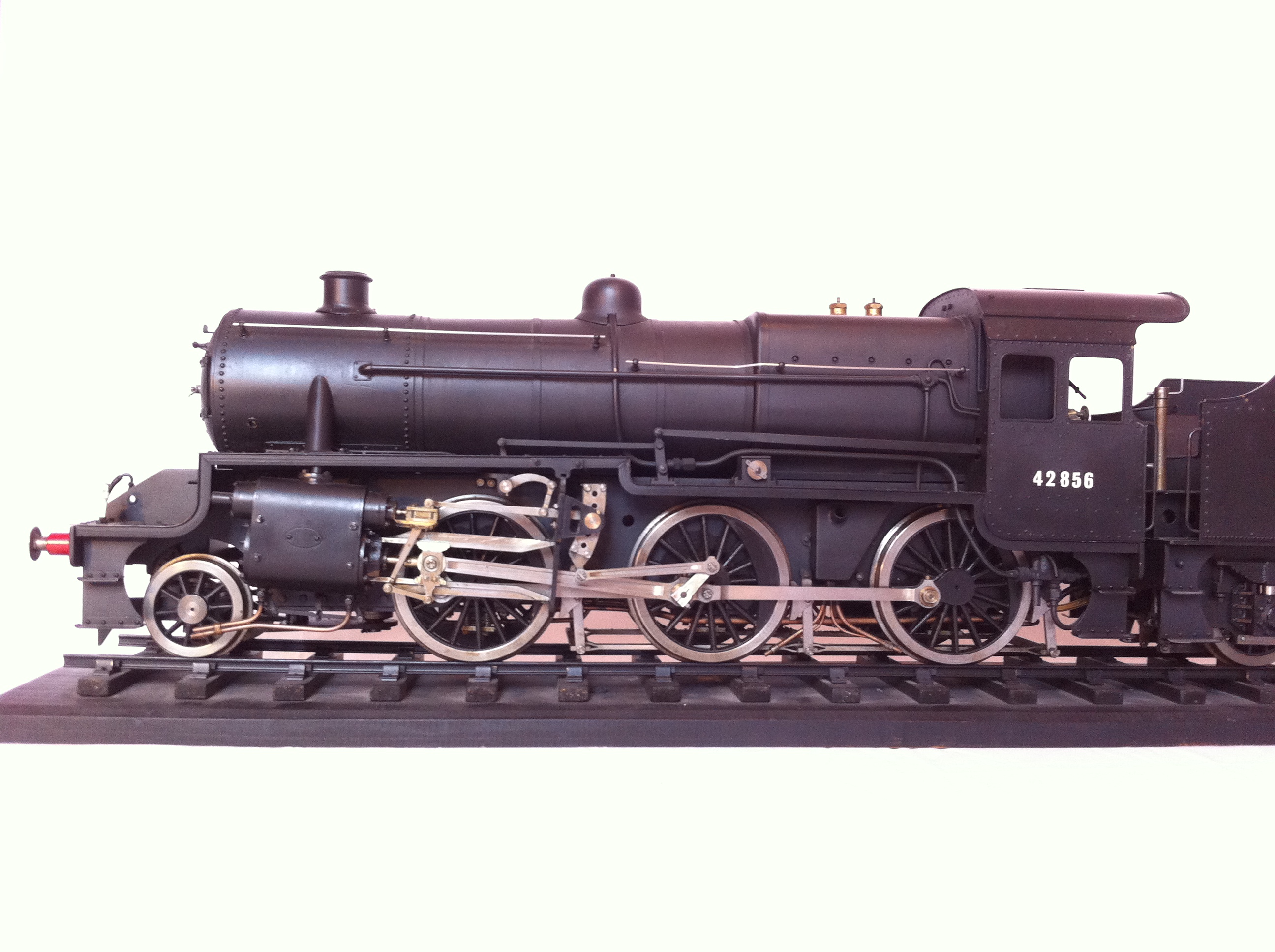 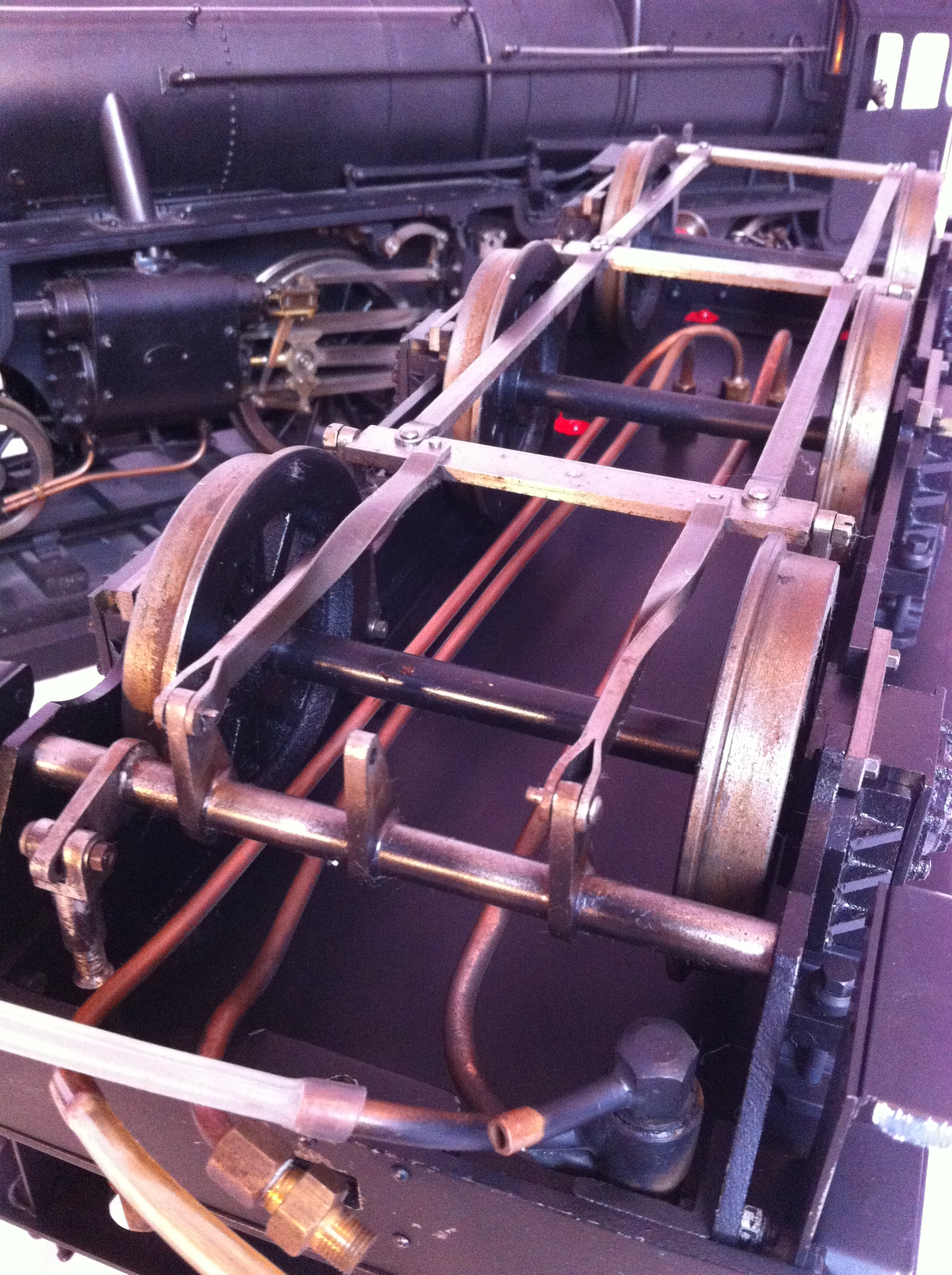 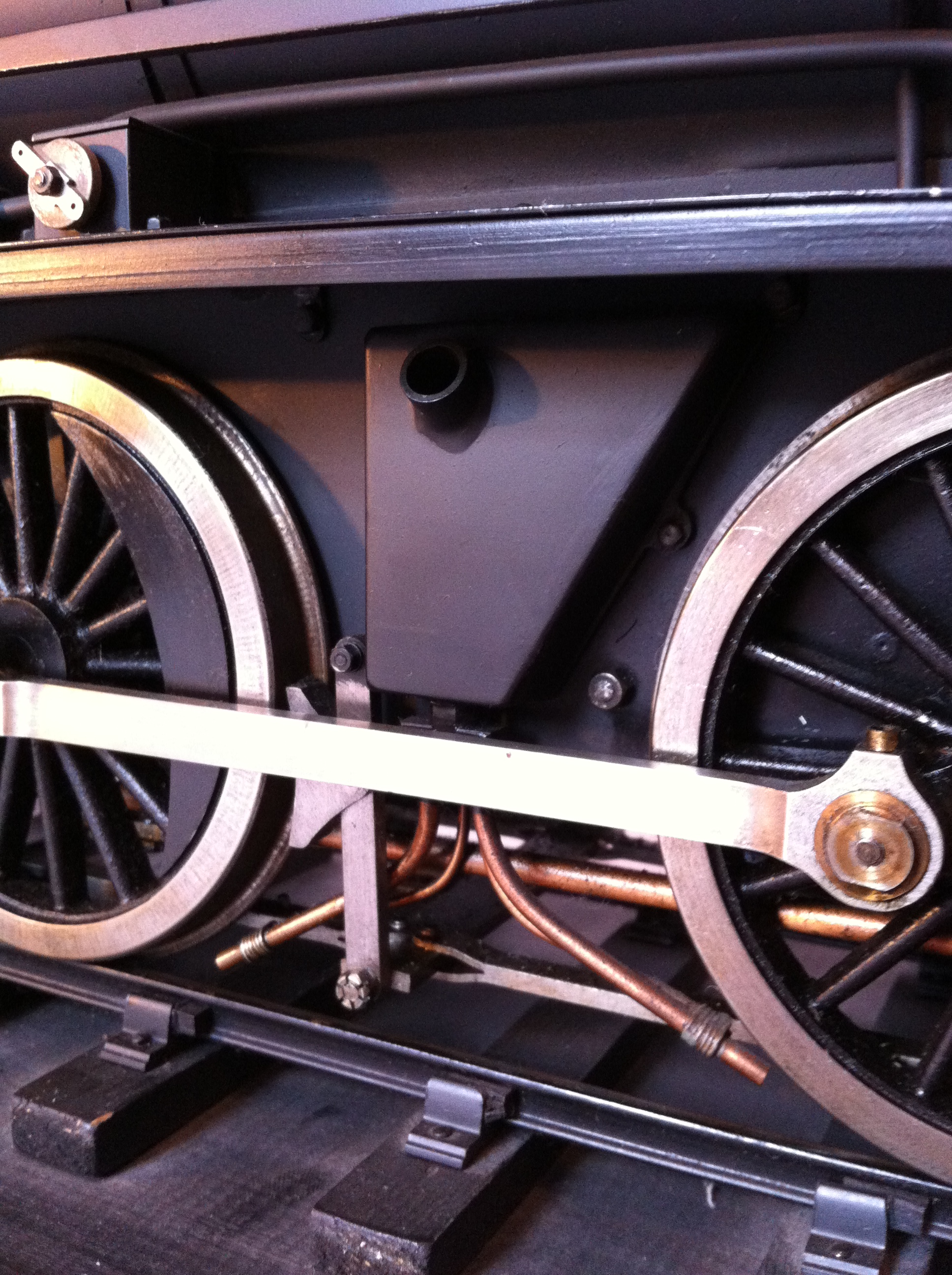 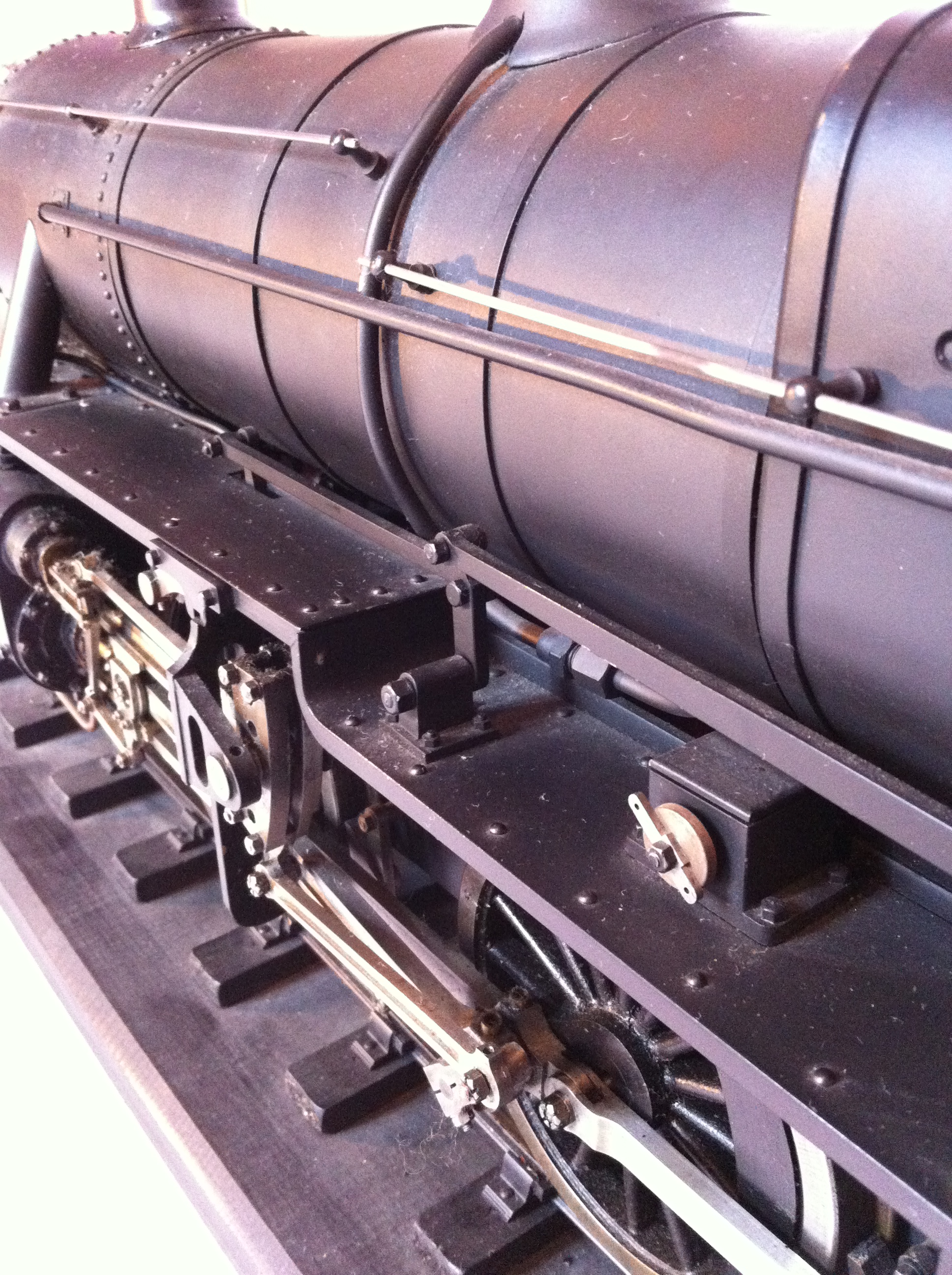 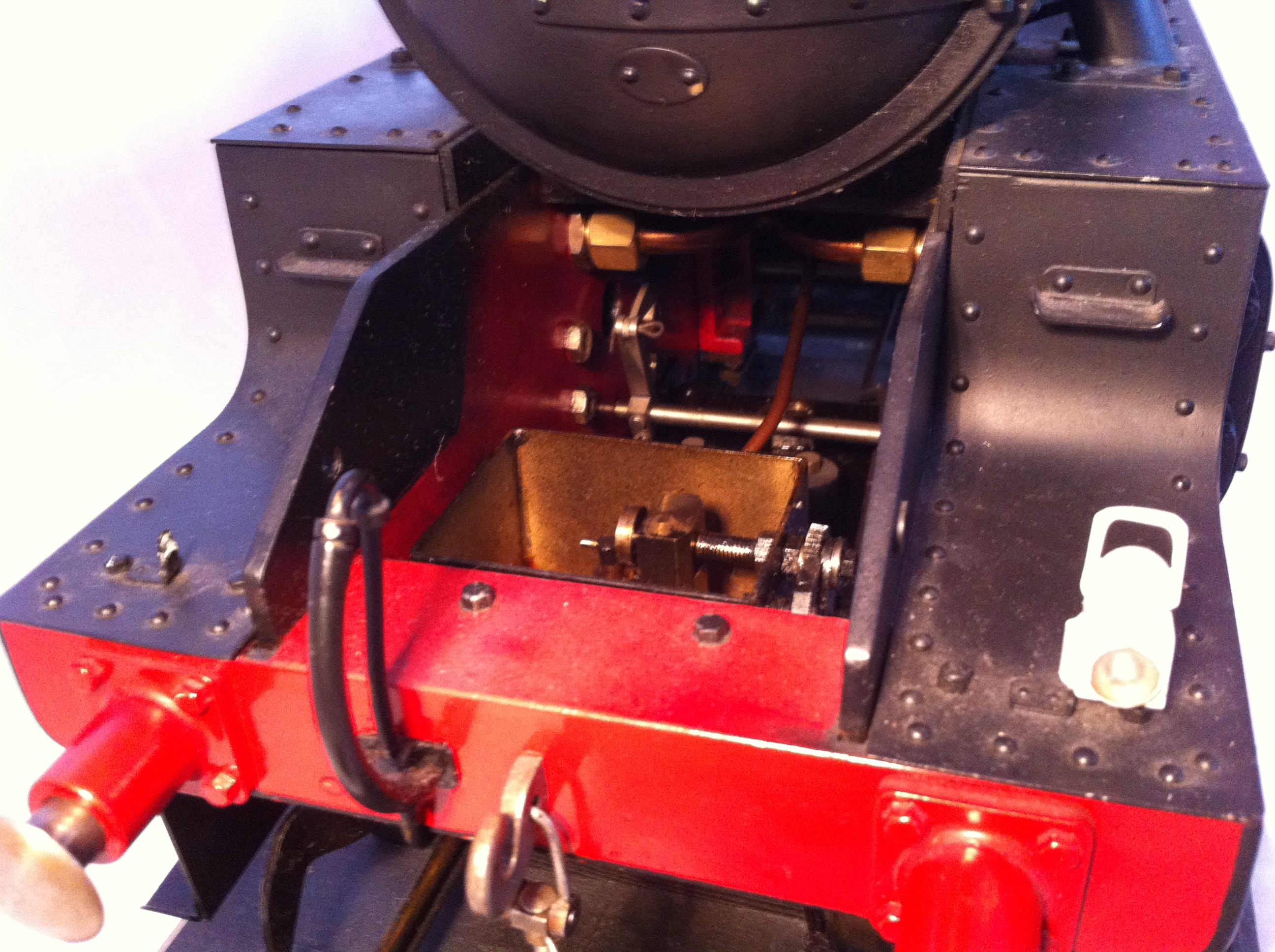 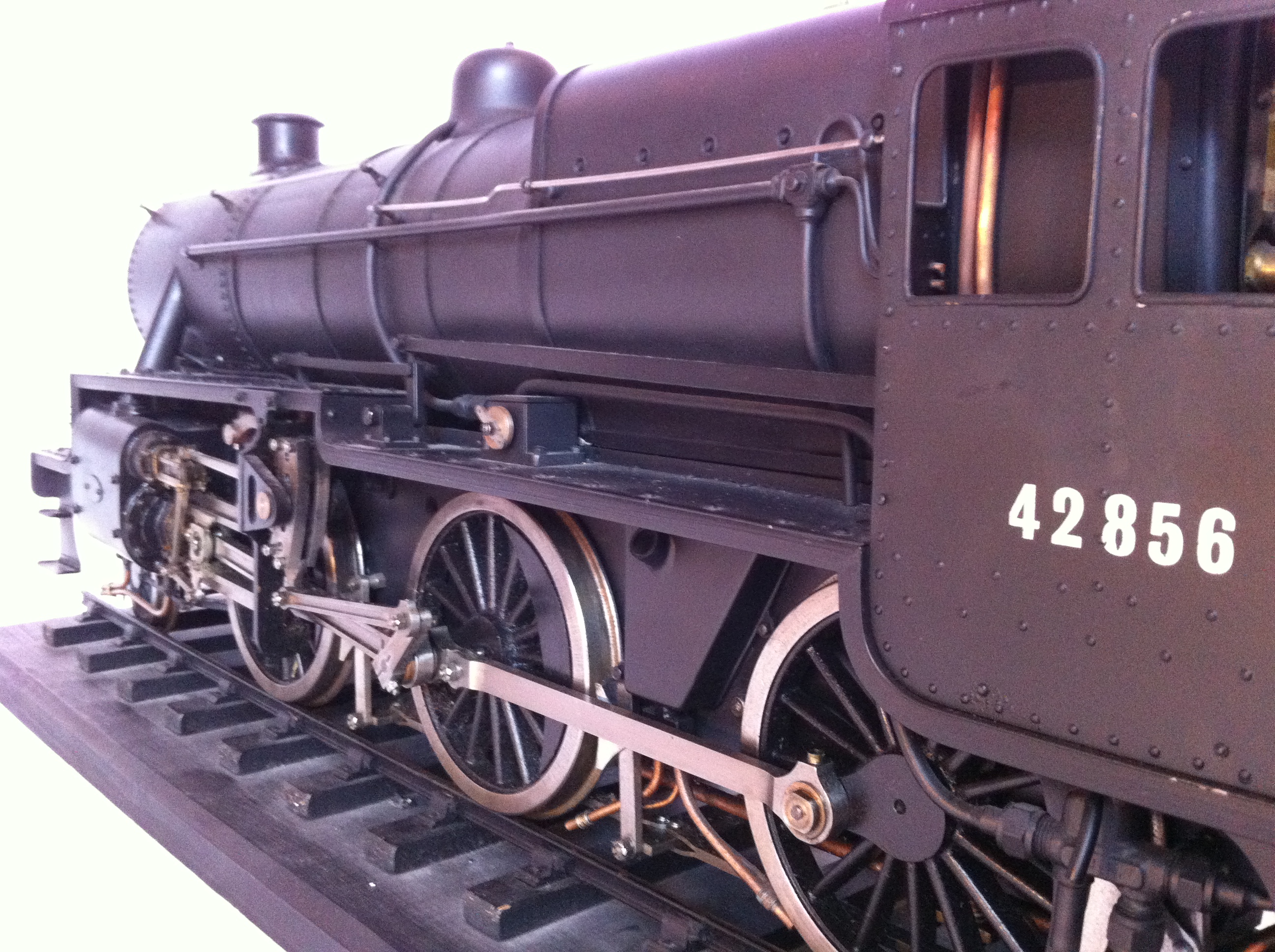 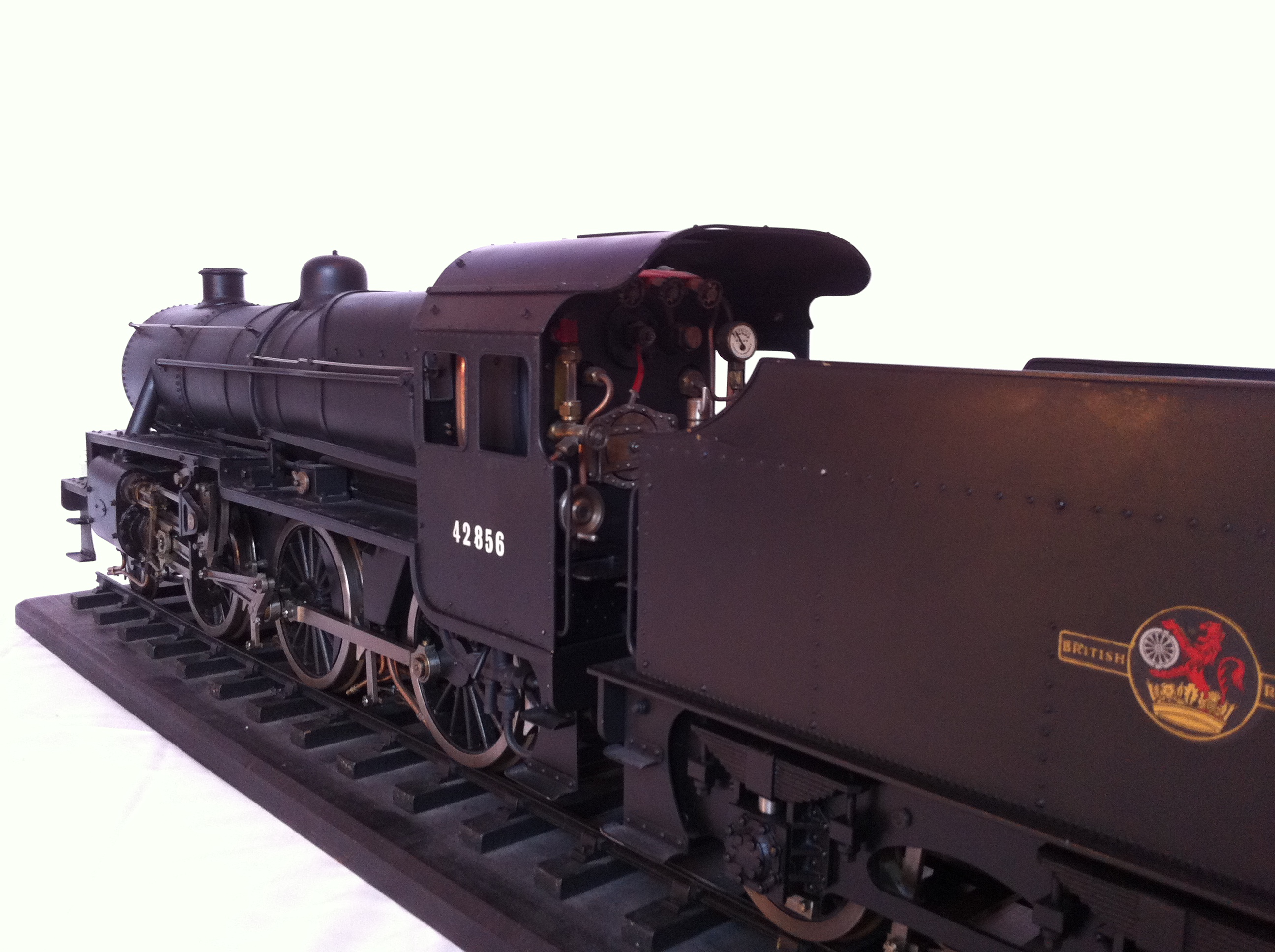 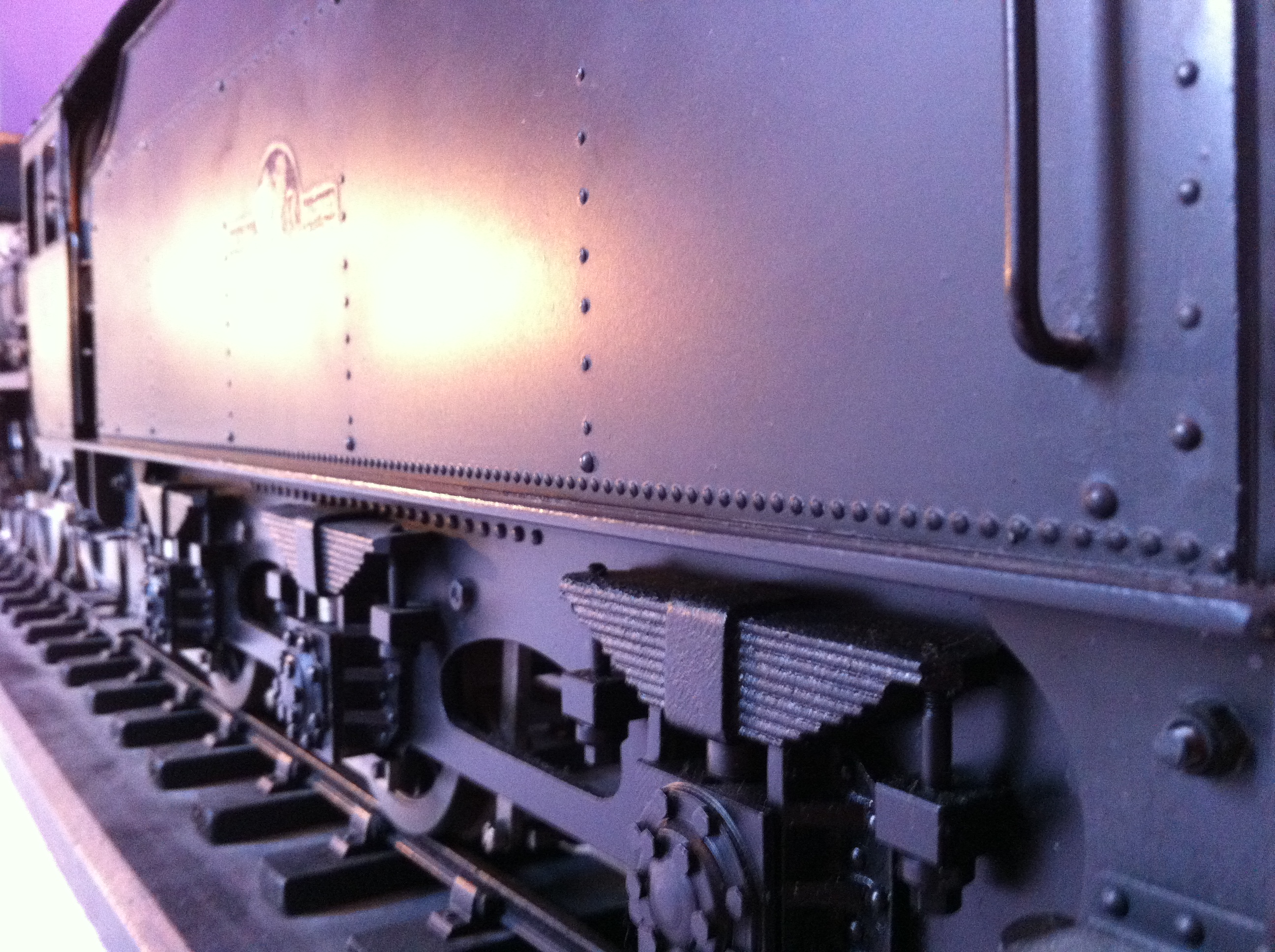 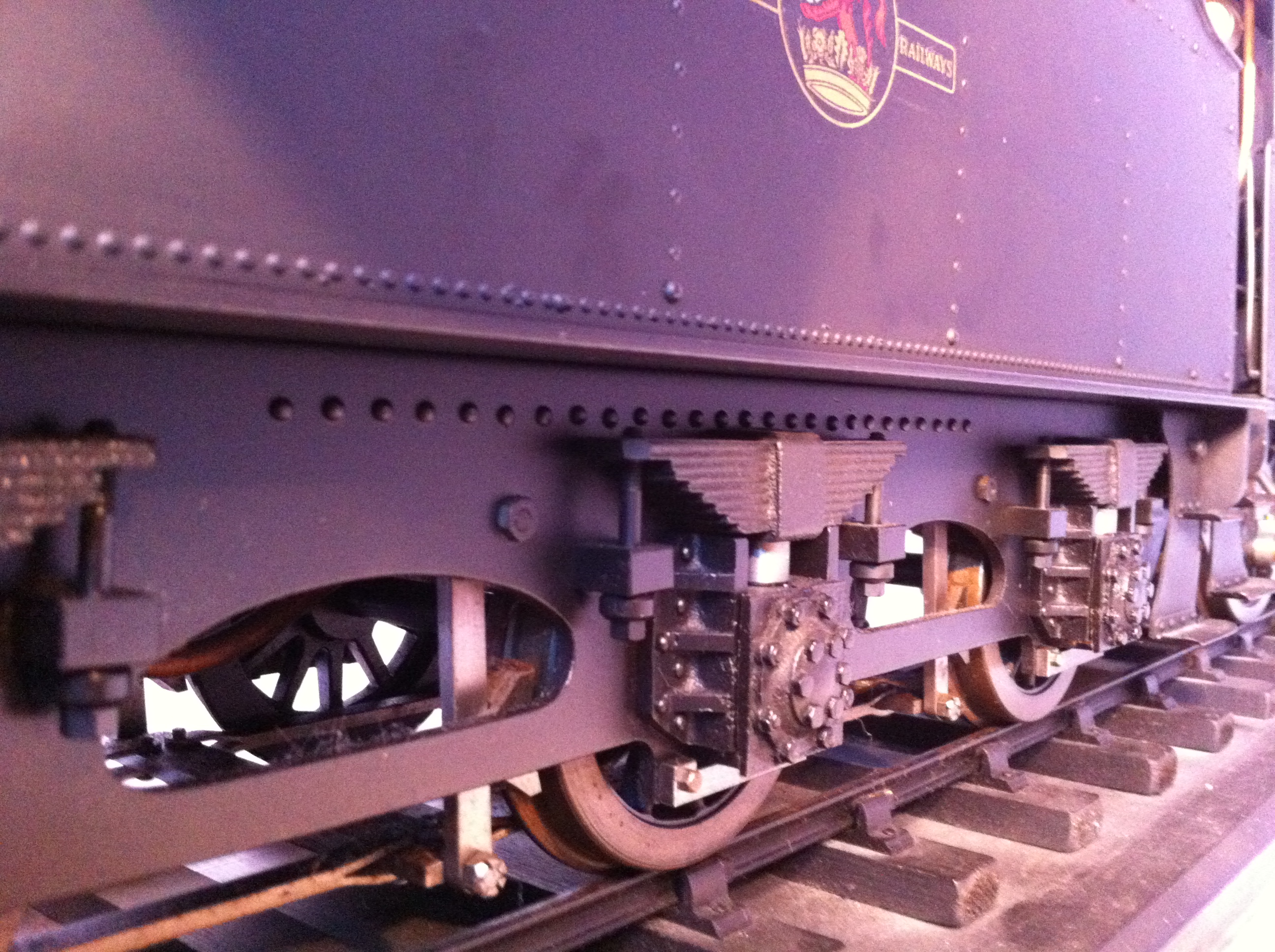 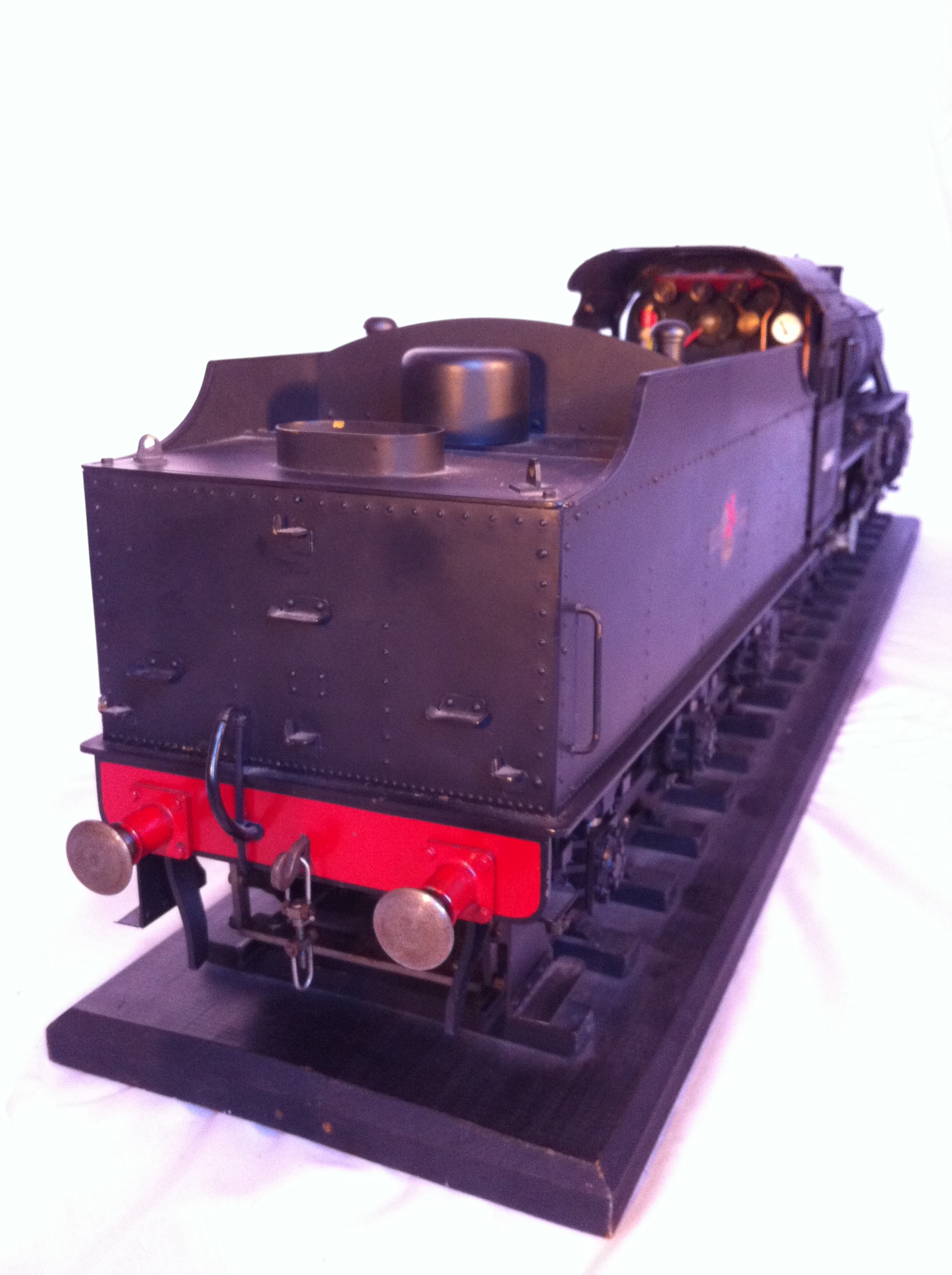