Here we have a 5" Gauge BR 9F,..... this time from the Winson/Modelworks stable!  We've written this before and we will write it again now.  Modelworks, and Winson kits are not as bad as you think!  They gained a poor reputation because fundamentally they were not what they claimed to be.  They were billed as complete, ready to assemble locomotive kits ready to put together with a screwdriver, a tube of glue and no model engineering or steam experience.  They failed to deliver, due to a combination of a lack of quality control, (meaning some bits didn't fit as they should), and a few simple design flaws where poor manufacturing material choices were made or parts were just not quite fit for purpose.  Now it doesn't take a lot not to be right when you've promised that all is great, and you've got a bunch of unhappy customers returning bits in the post and demanding replacements!  As a result, MW and Winson appear to have been operating a policy of creating new models quickly, pushing them, un-resolved to market to get the money through the door to pay for all the bits they were having to re-make for the previous design!  Unsustainable clearly, and as a result they gained a particularly poor reputation as a company, and as models.  However, when you actually look at the kits in detail, they aren't that bad.  There's loads of brilliant information out there about how to turn them into great working models,... (we've now done 6 MW Brits a Prarie and a pair of King Arthurs) ourselves, and so if you're a half decent model engineer, then you will be able to build a strong and capable model.

This then, is (as far as we can tell) complete, standard, and more or less as it came from the factory.  By that we mean that we don't think it has yet been 'sorted' by a model engineer to sort out all the little niggly problems that they are known to have.  Everything appears to be there, including the brand new professional copper, silver soldered boiler.  We haven't tried steaming it, as it's not quite ready for that yet.  The reverser is not fitted in place on the footplate, and there are a very few other little bits and bobs that need to be put in their place.

That all said, it has been competently assembled as per the Winson instructions, and except for the tatty and half cocked attempt at paint,.... (more useful for retarding rust than entertaining the eye). We haven't even tried to run it on air just yet, but of course if you're interested in it,.... we will!

Essentially it should be viewed as a complete Winson/Modelworks 5" 9F kit, with all the good bits and potentially still some of the bad bits the kits are known to have too.  It's obviously been assembled, so at the very least we can say that some of the 'it just doesn't line up' issues will have been sorted, and as you can see in the pictures,..... there's not much, if anything missing!

This isn't one that we expect you to be able to throw a fire in tomorrow and faultlessly fly round your track.  However, it does represent a lot of engine for the money, and with a bit of model engineering skill coupled to the odd bit of detailing up they make extremely capable and good locomotives. 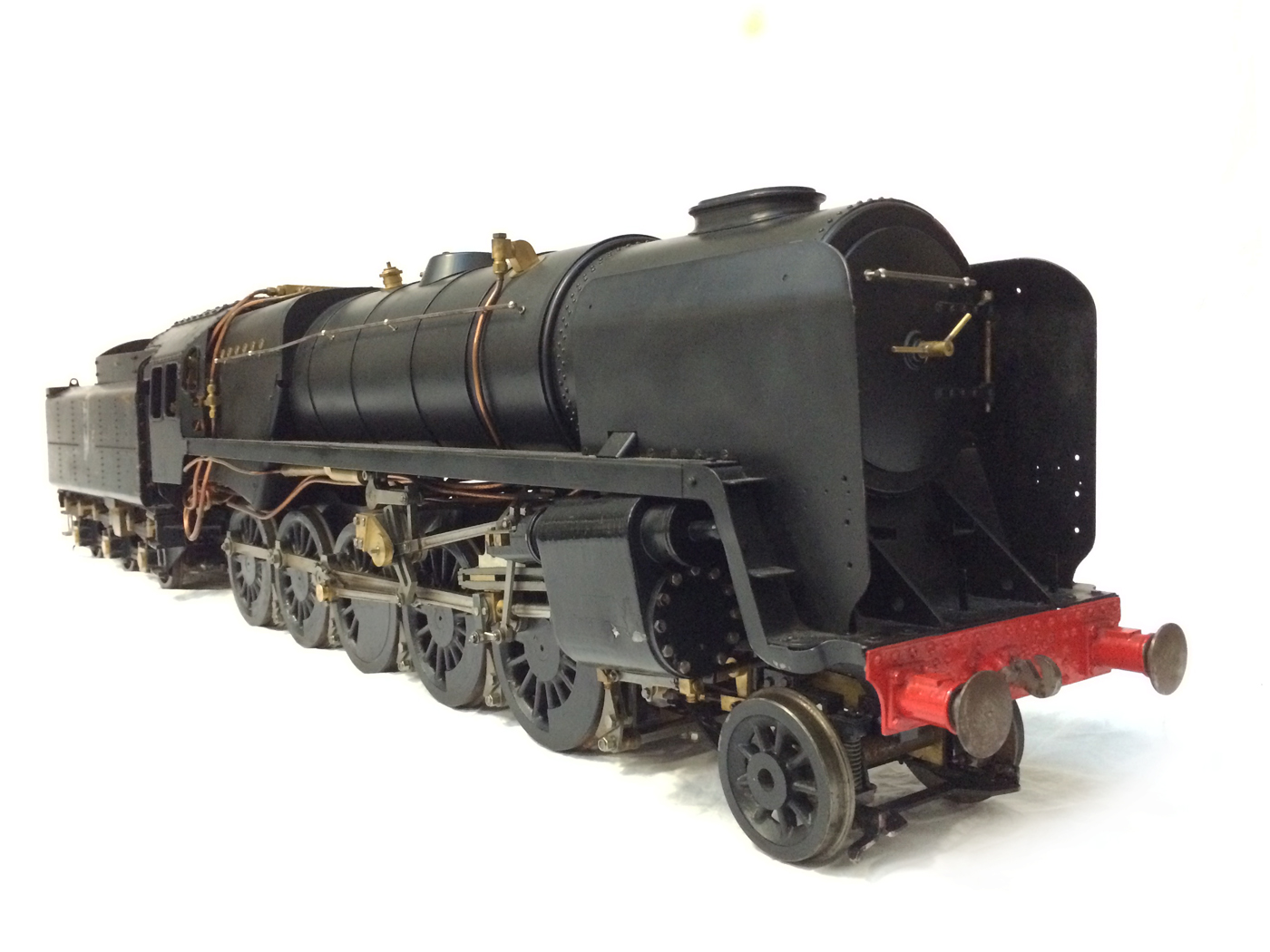 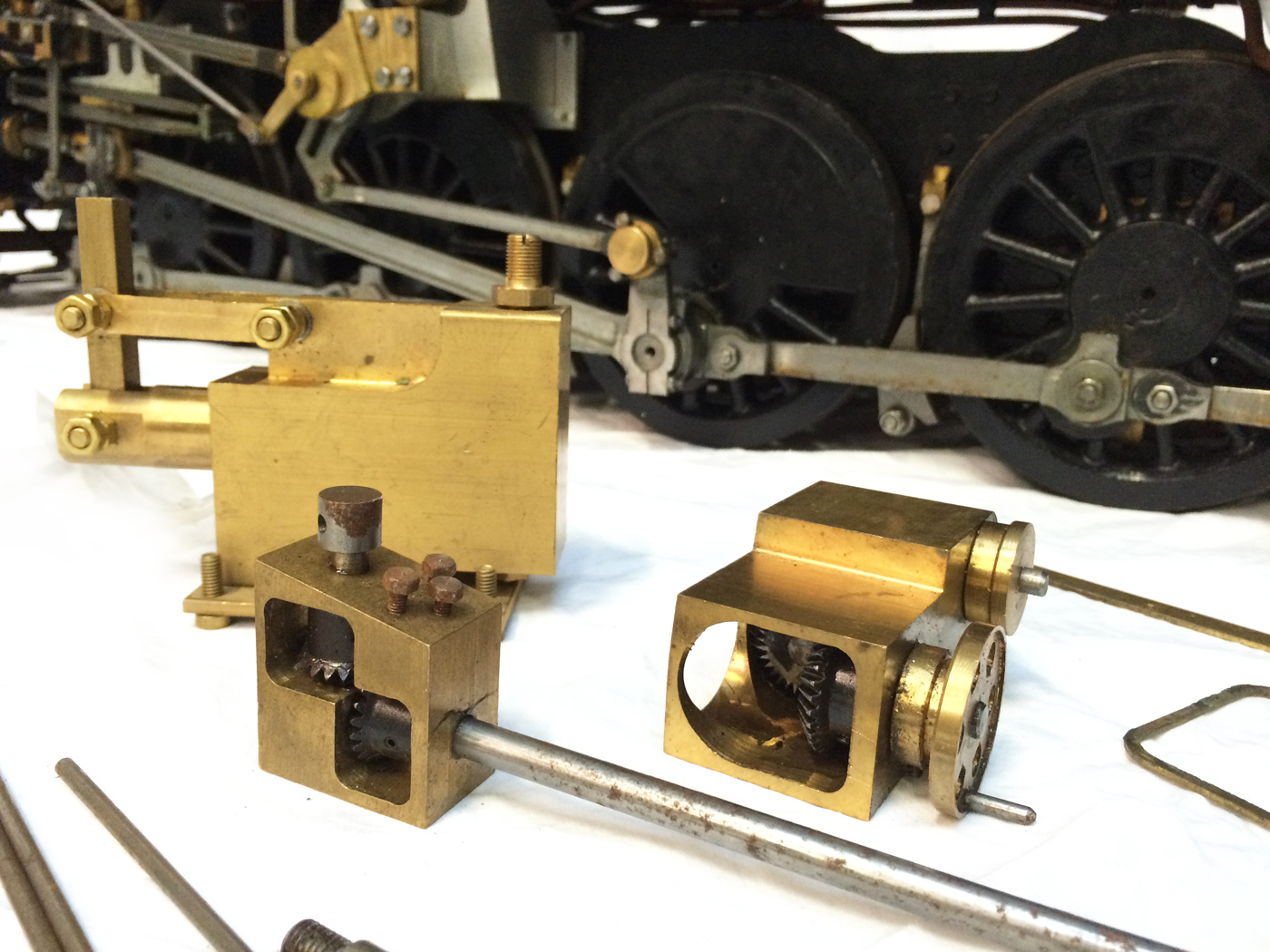 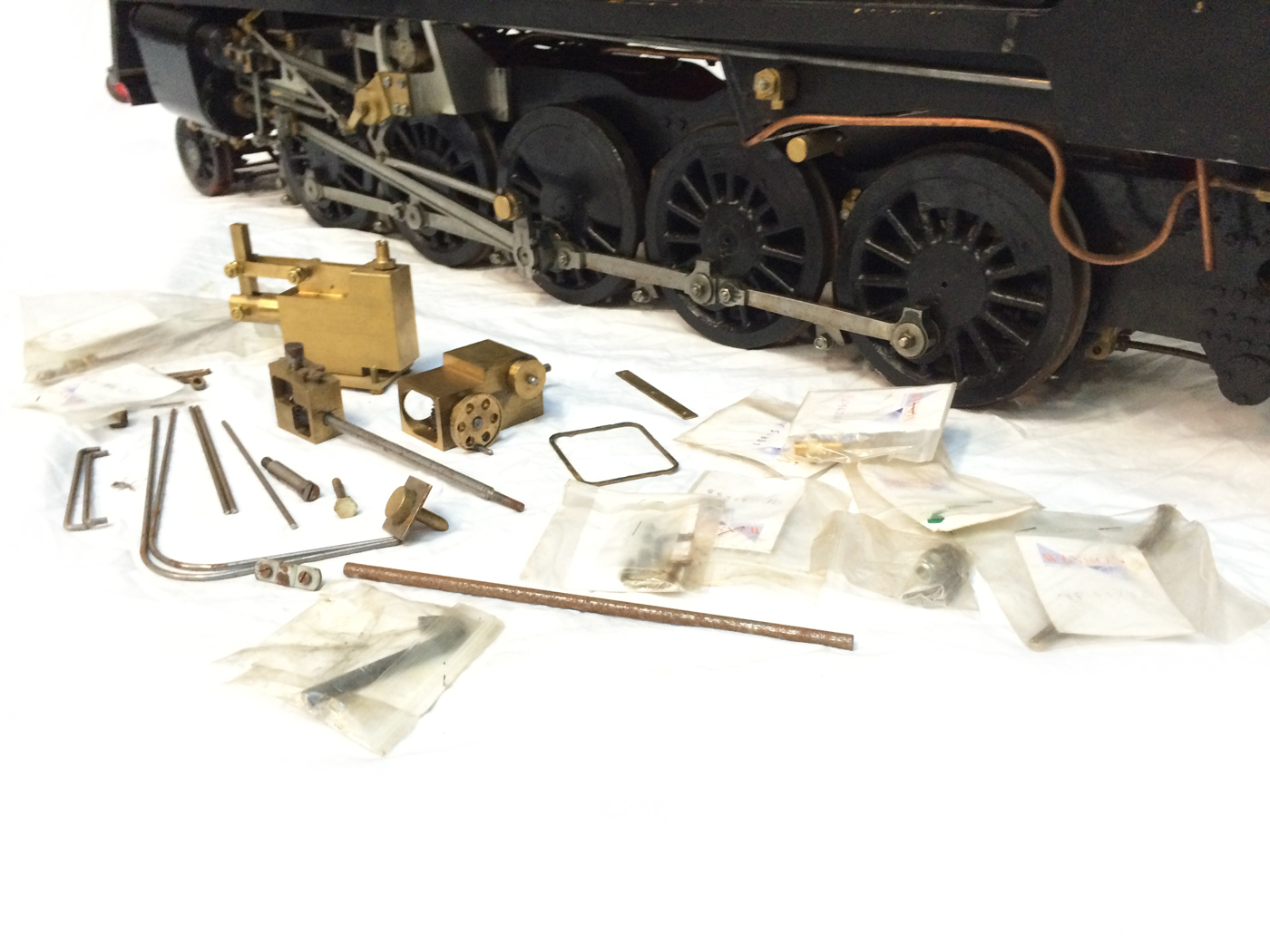 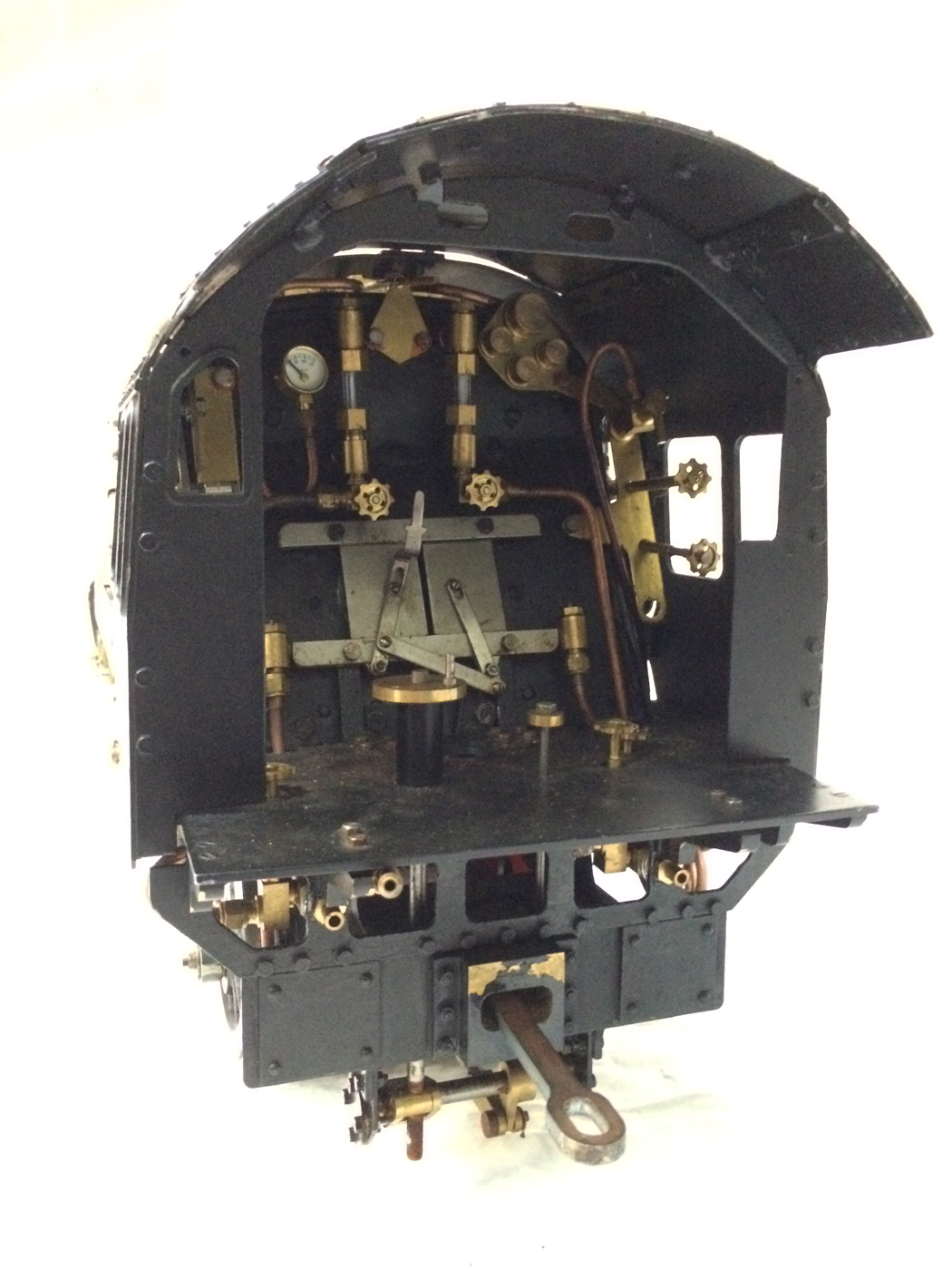 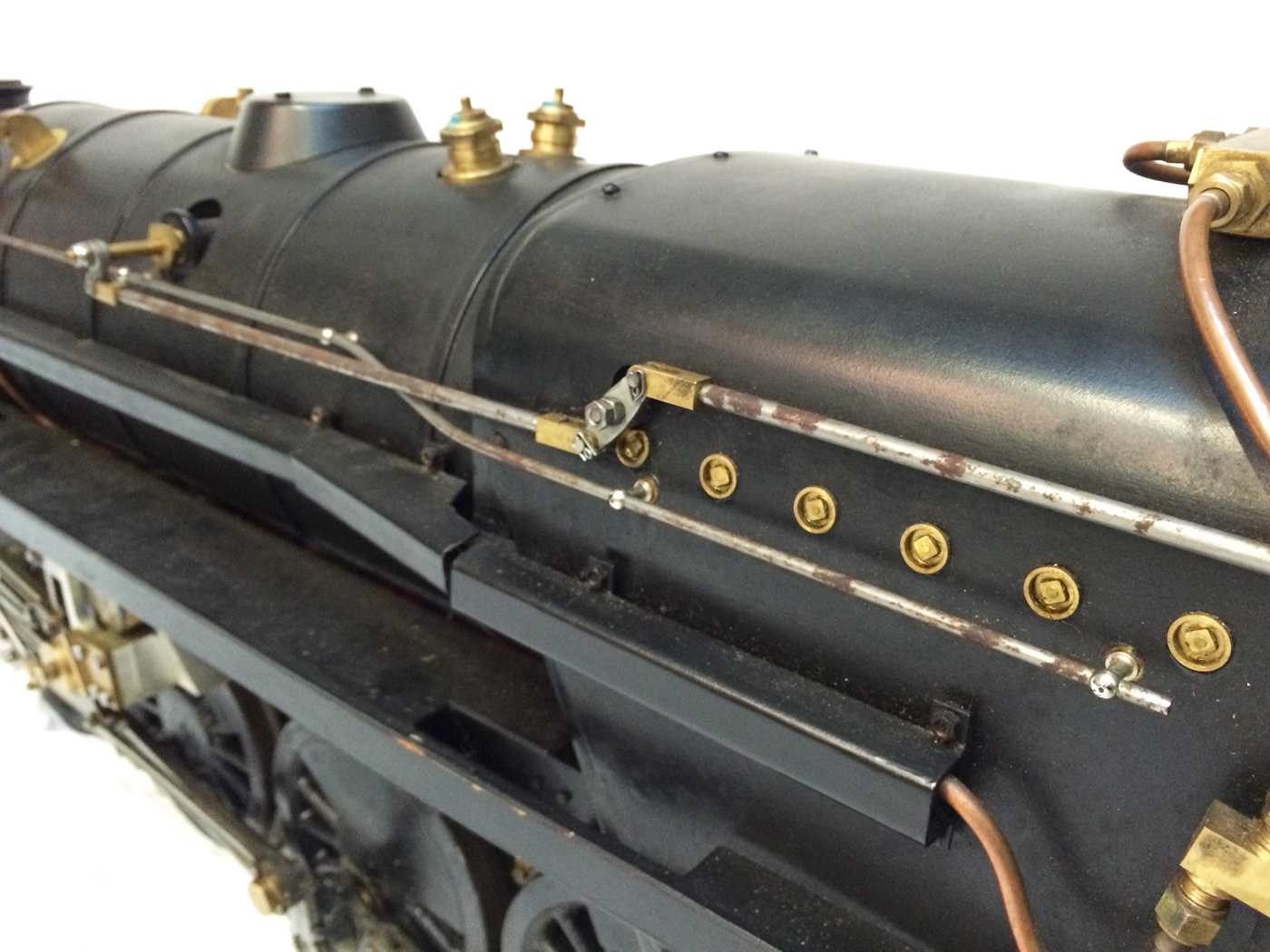 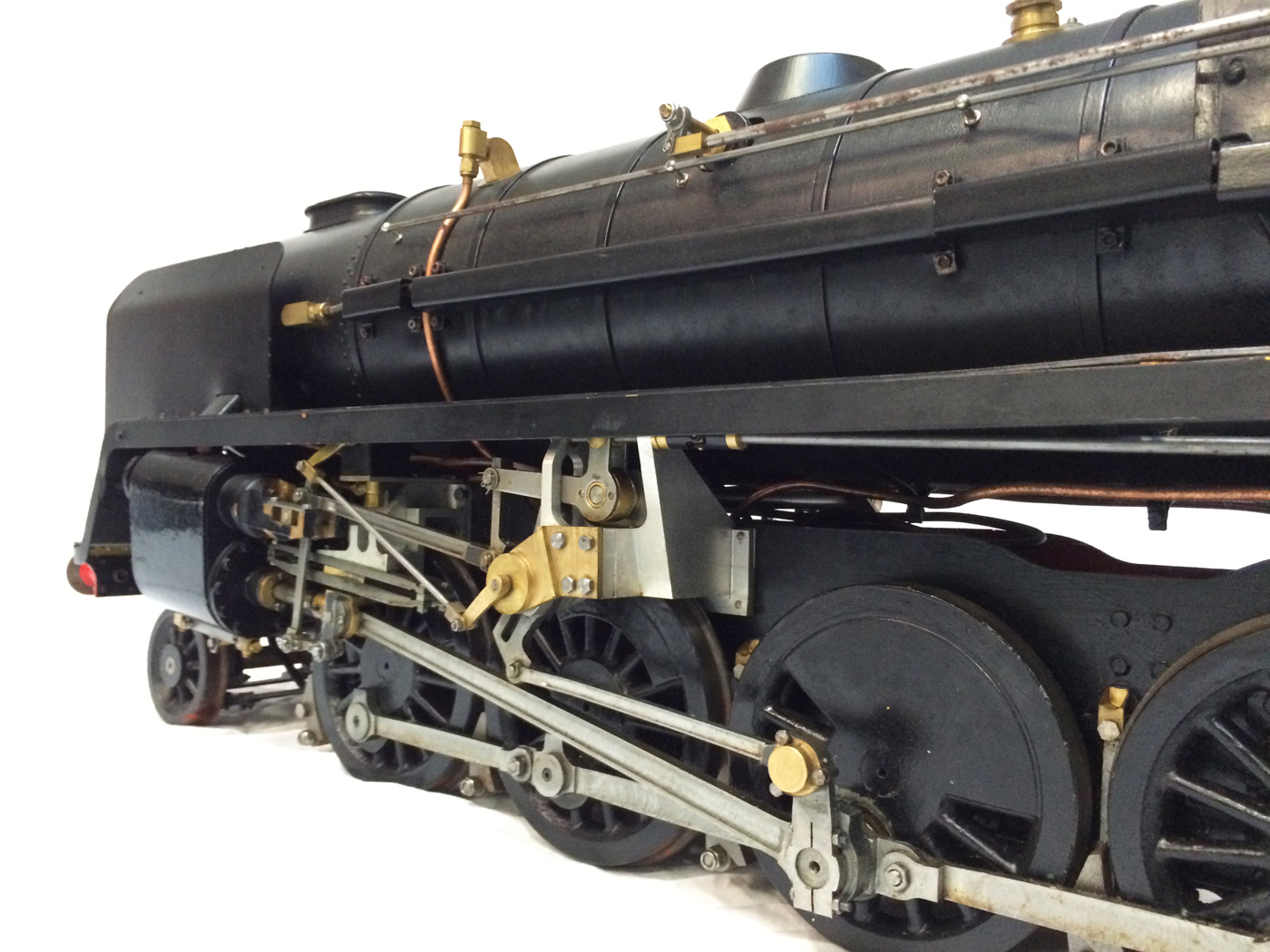 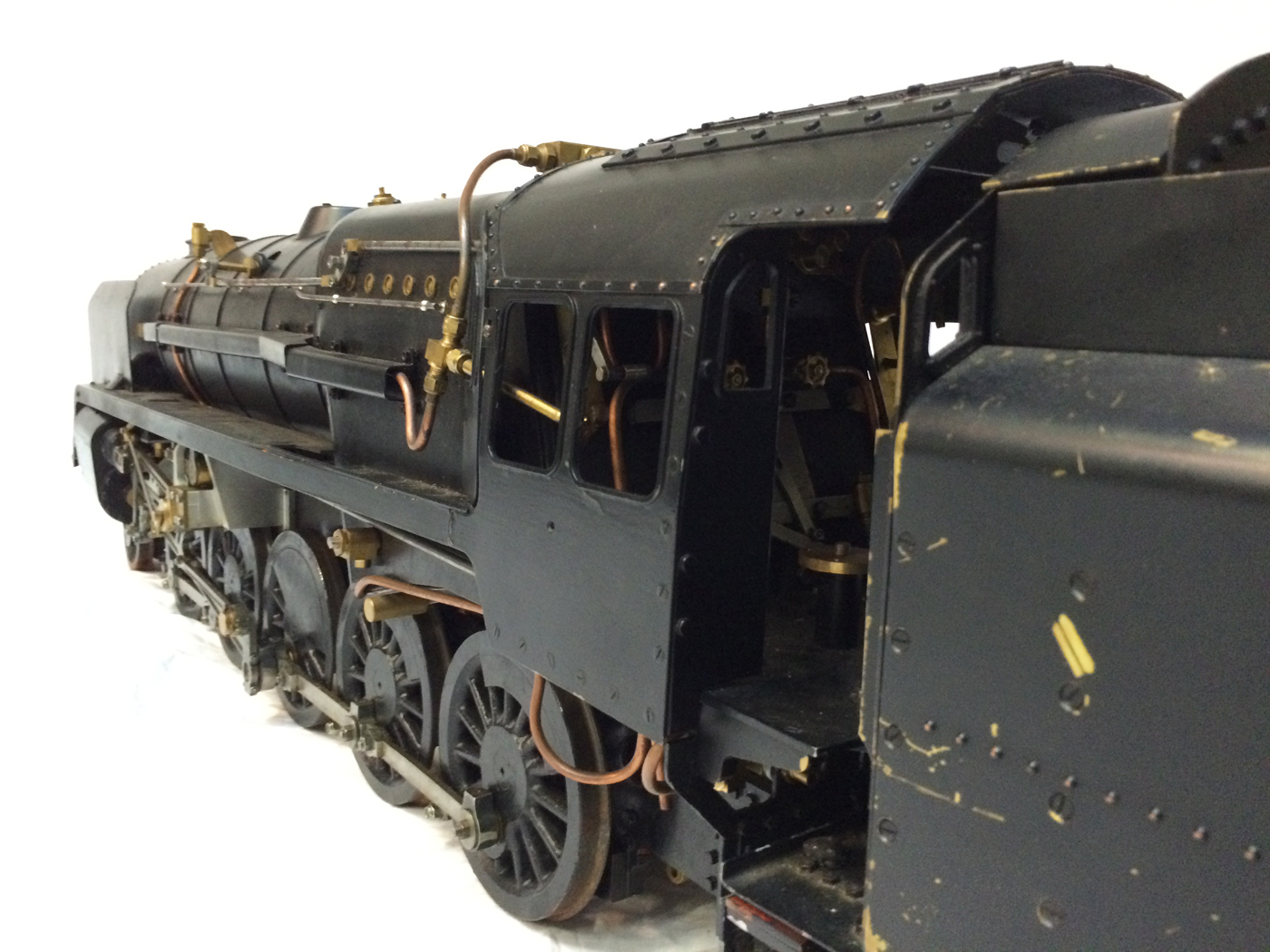 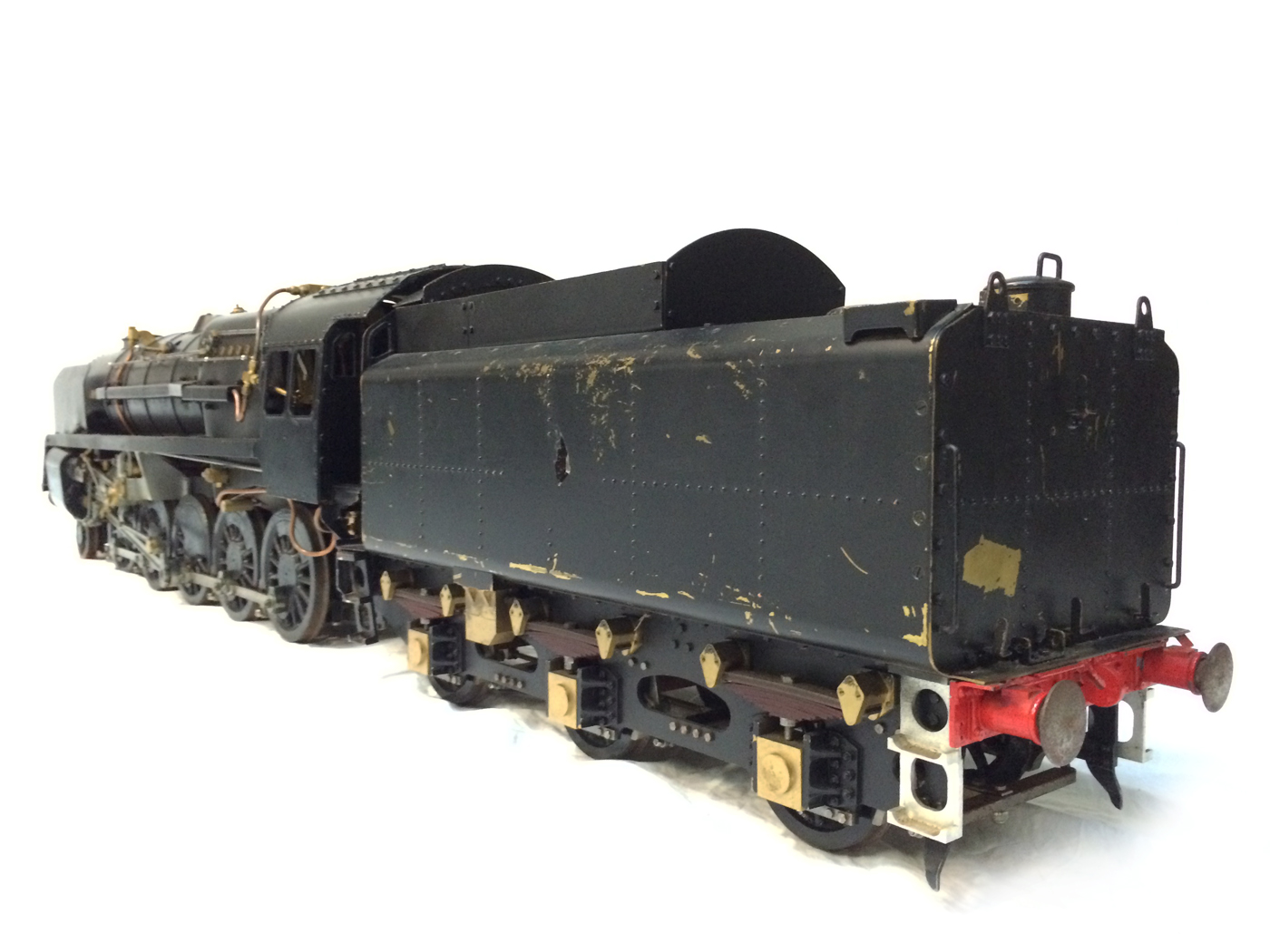 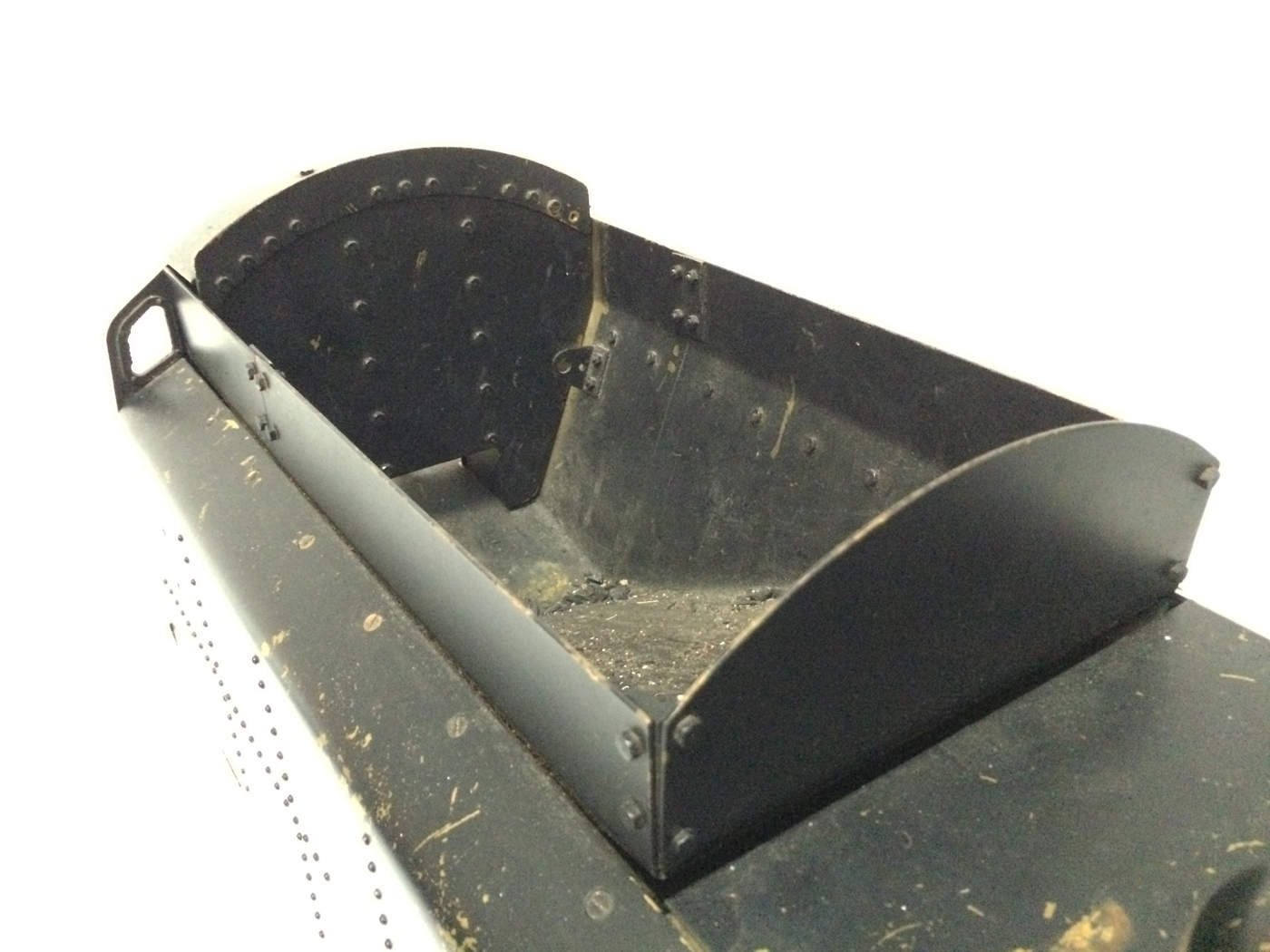 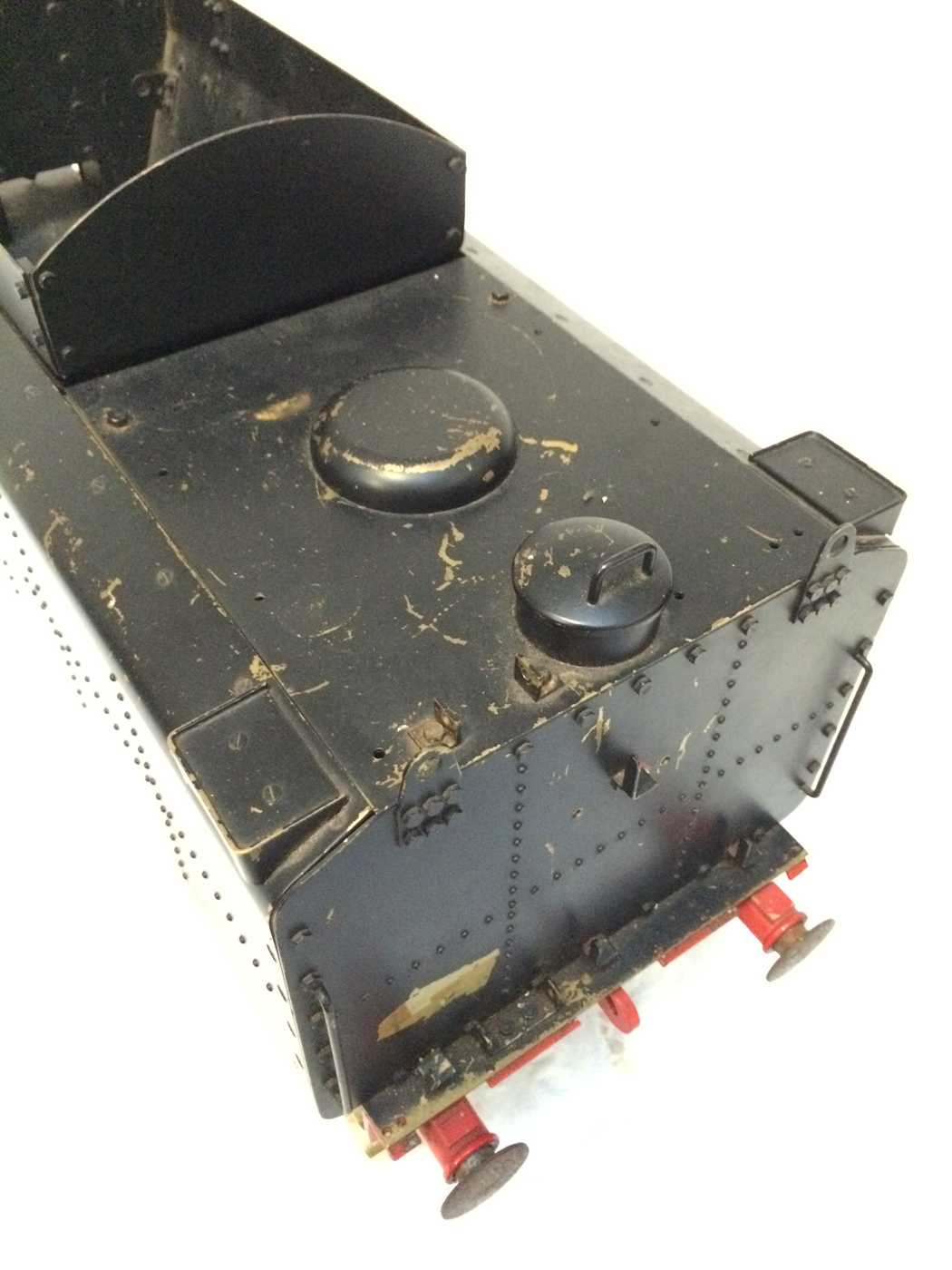 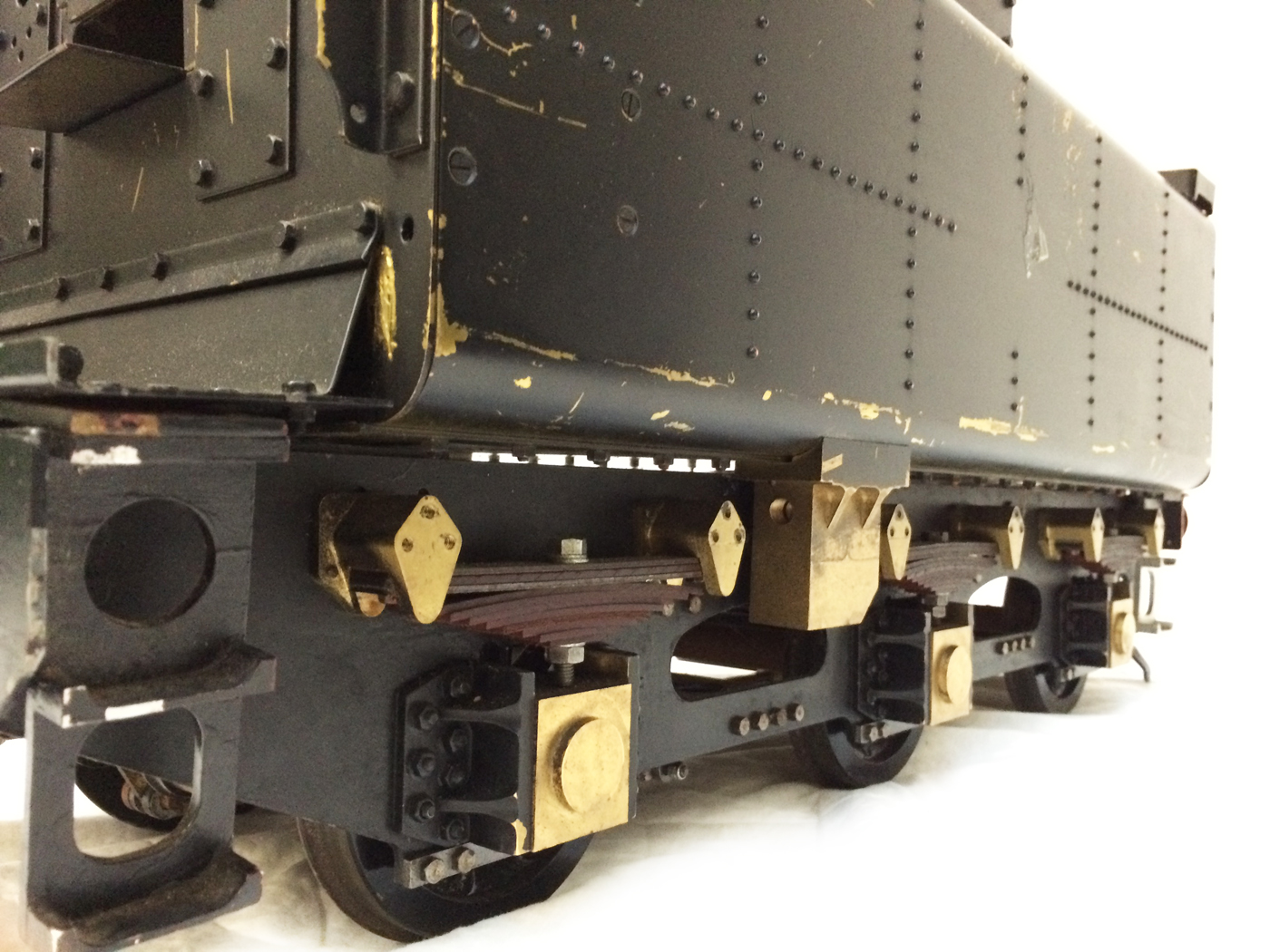 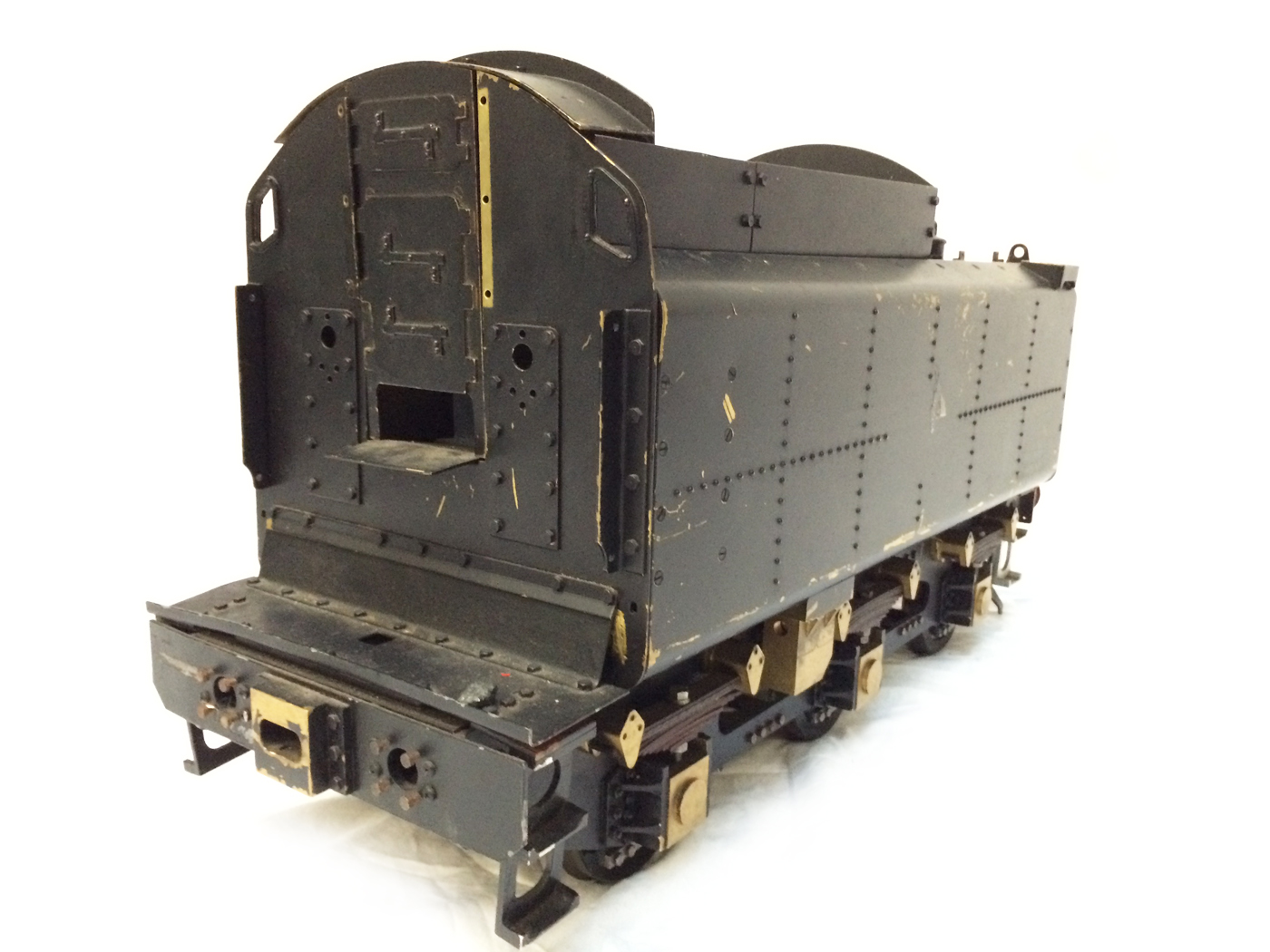 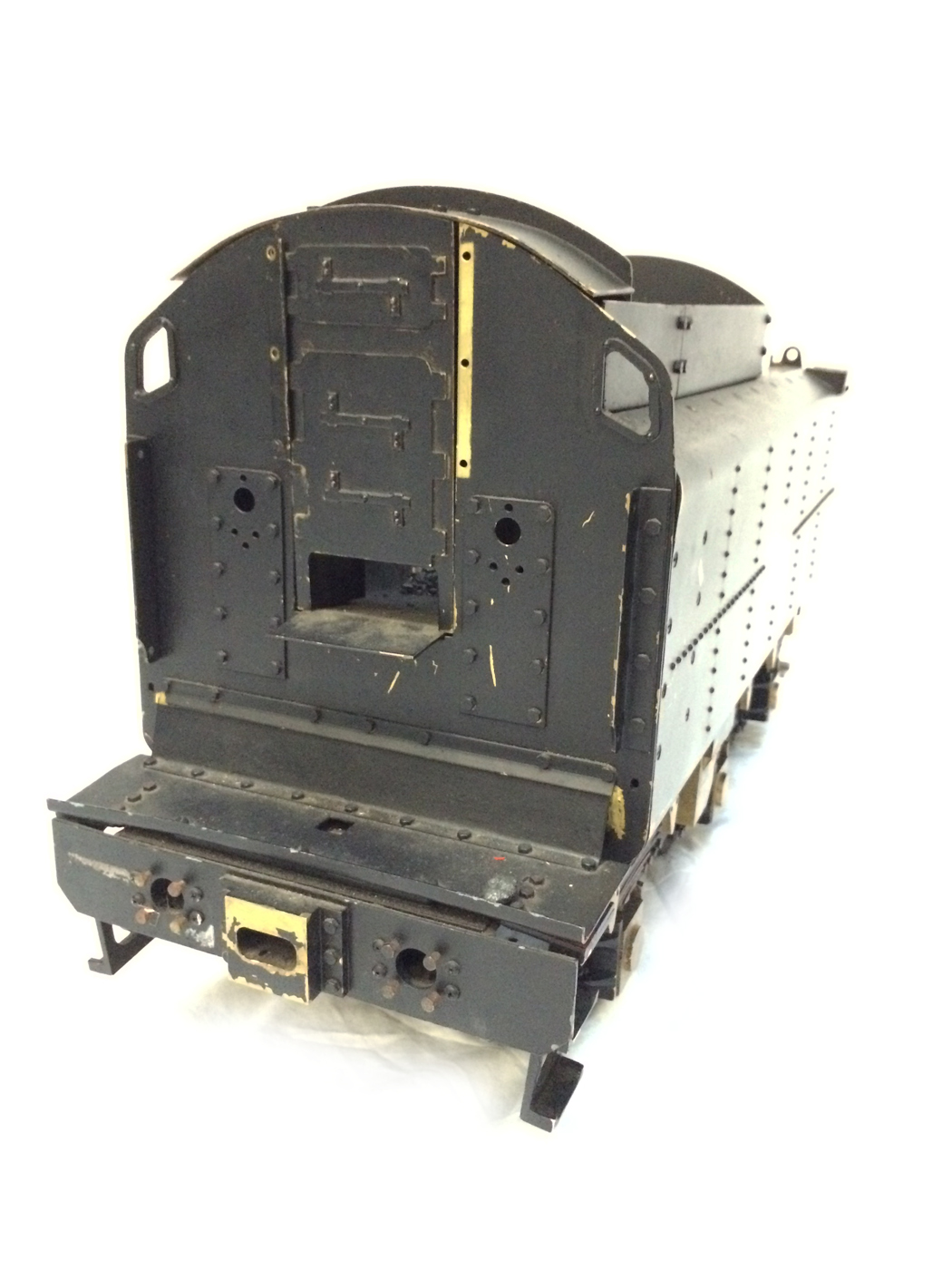 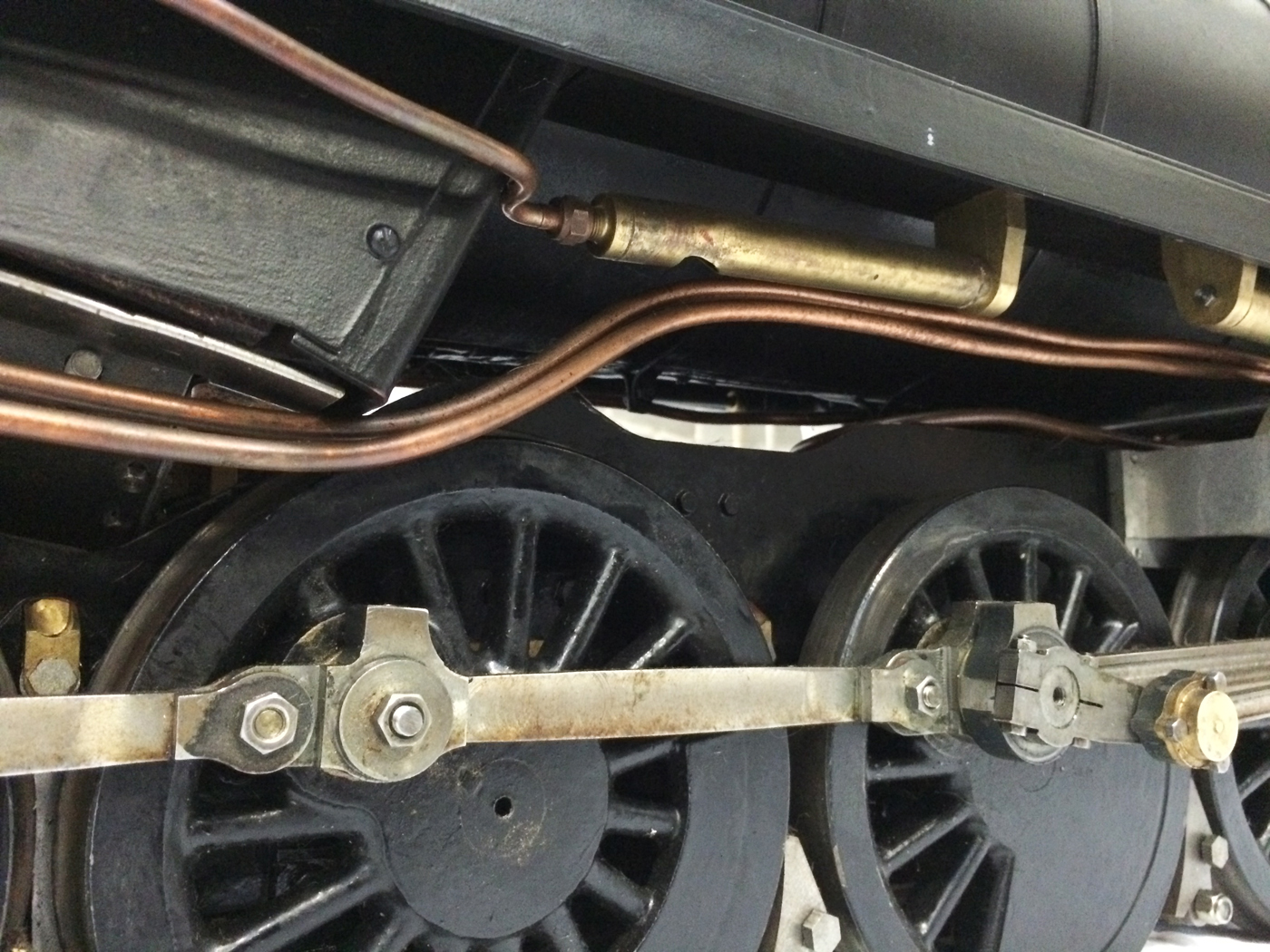 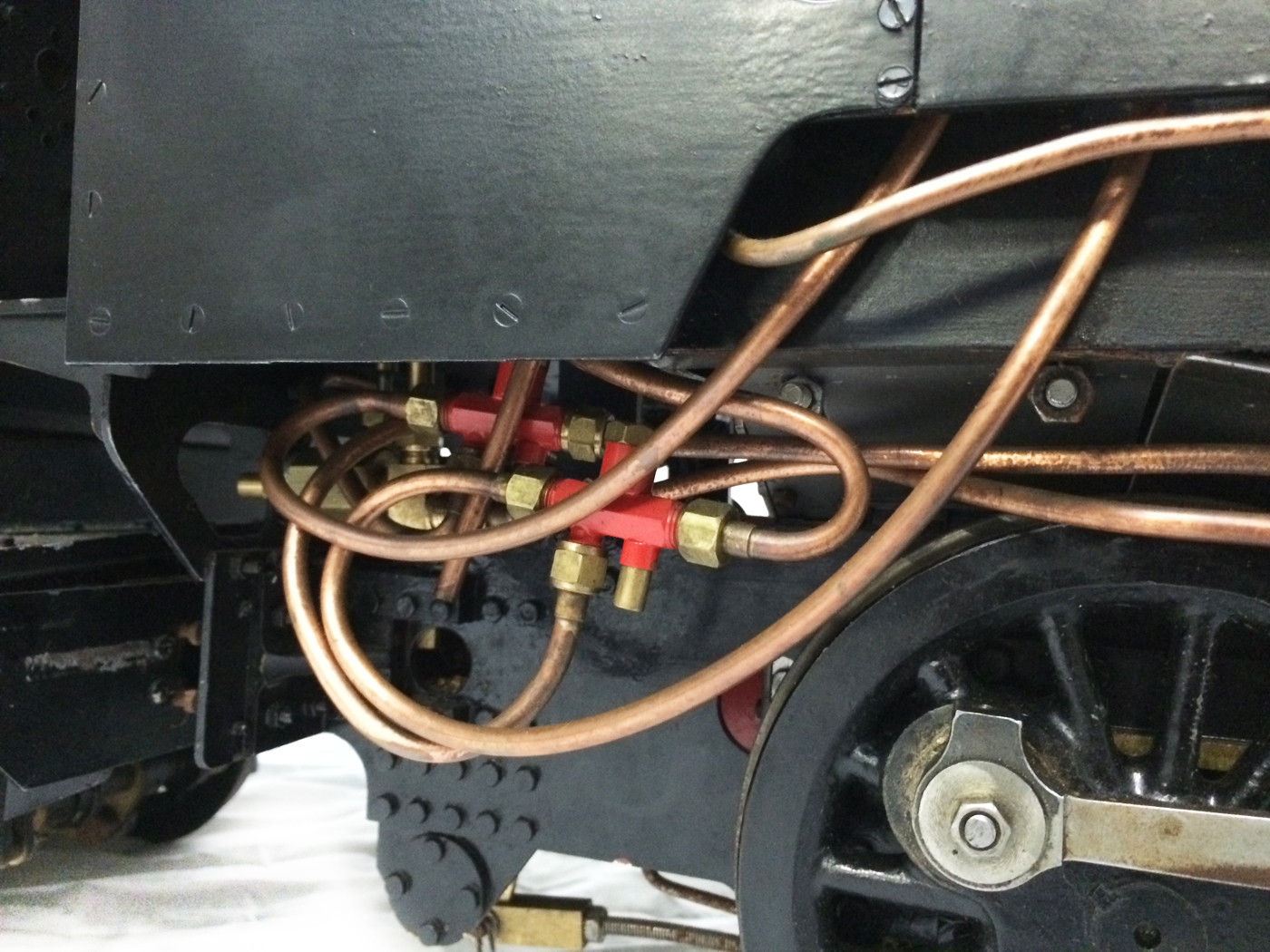 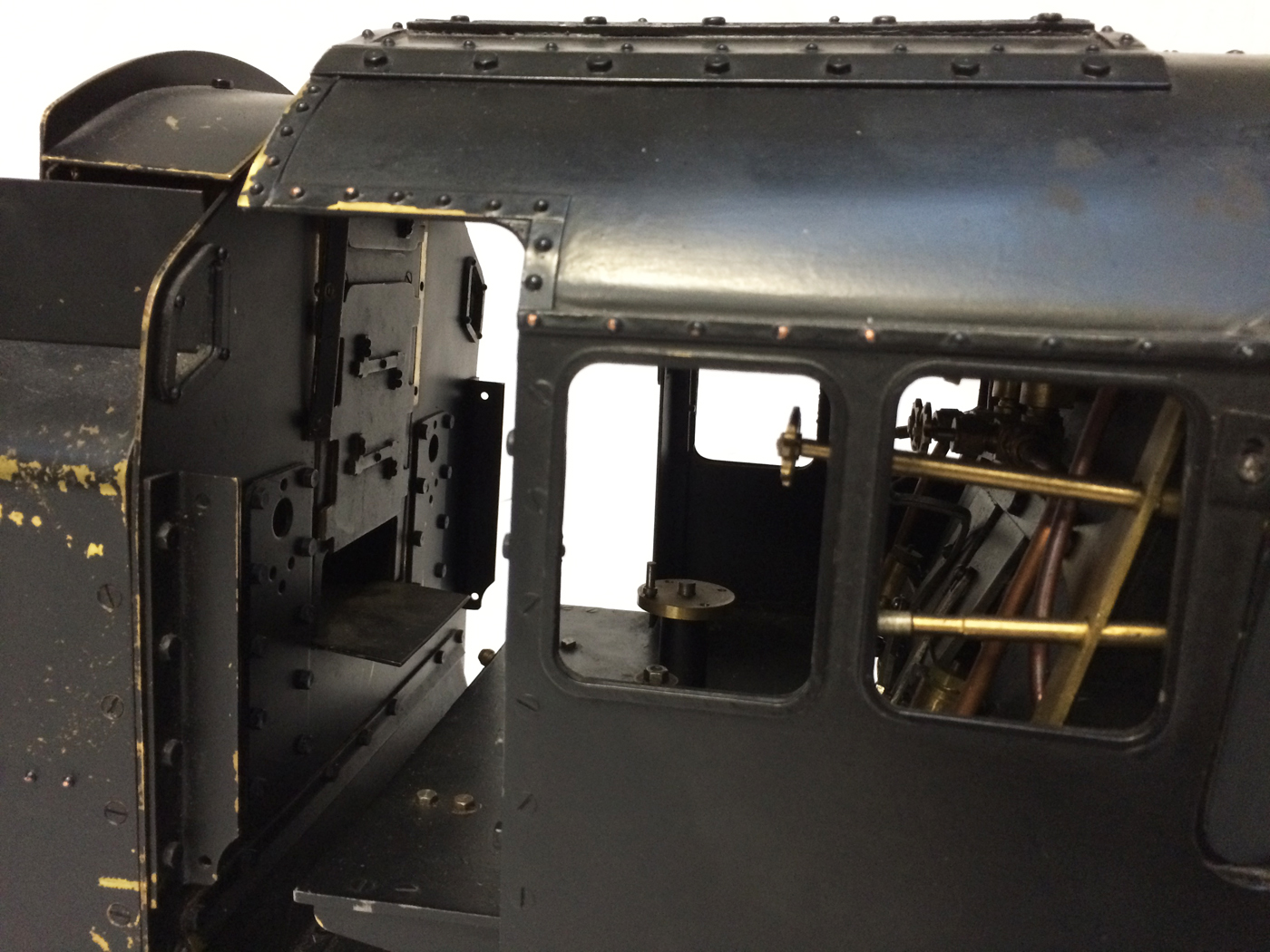 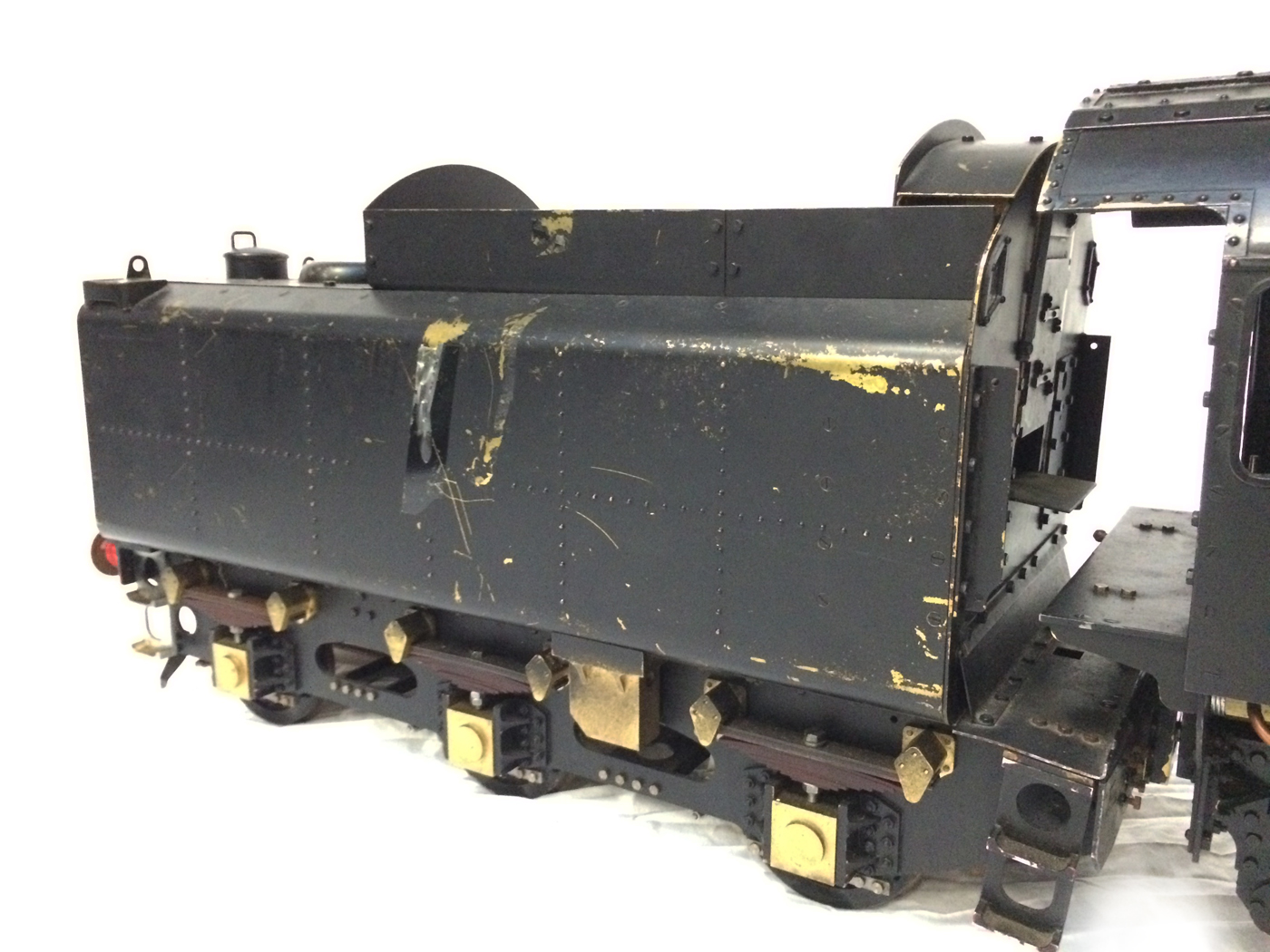 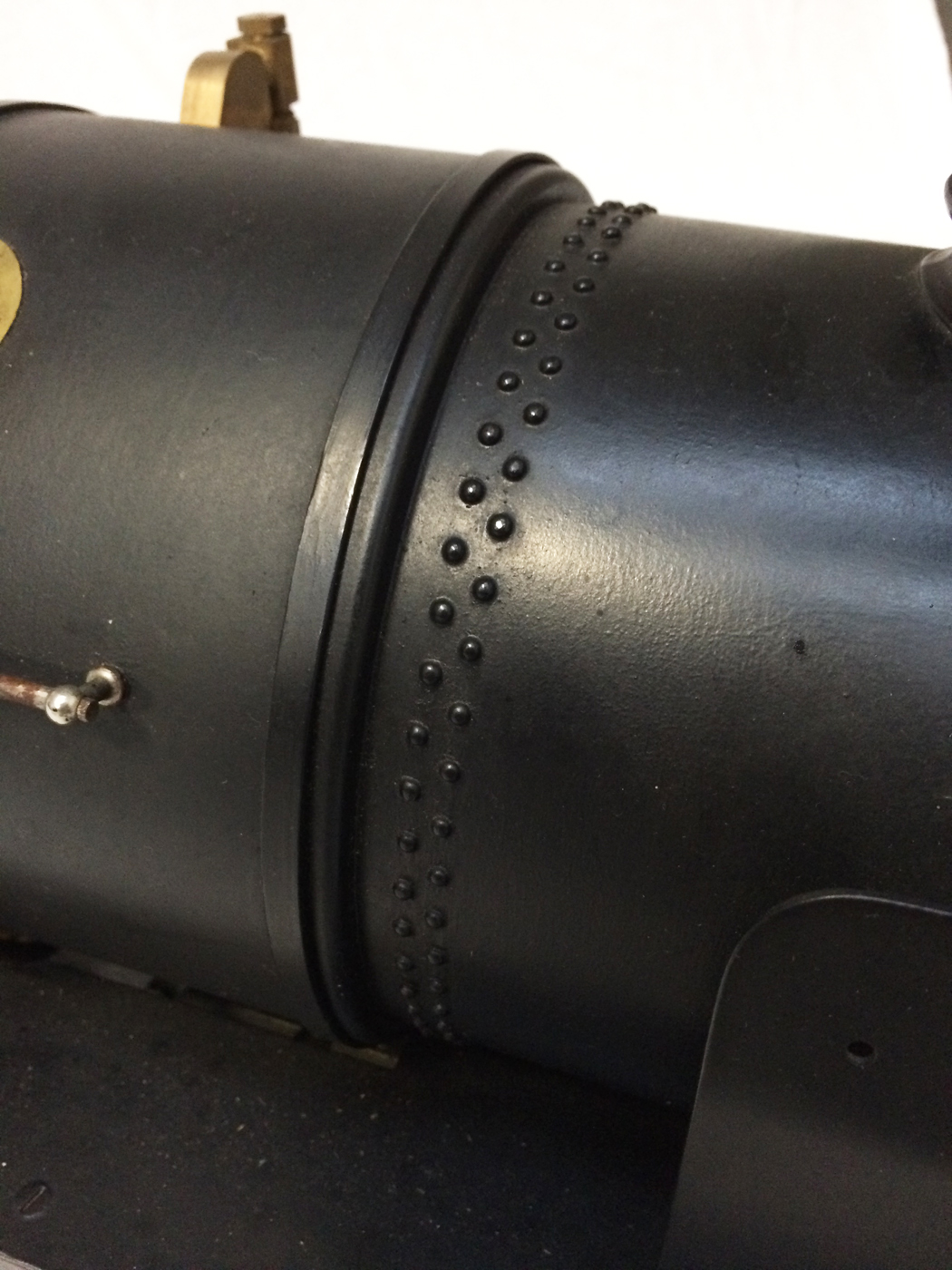 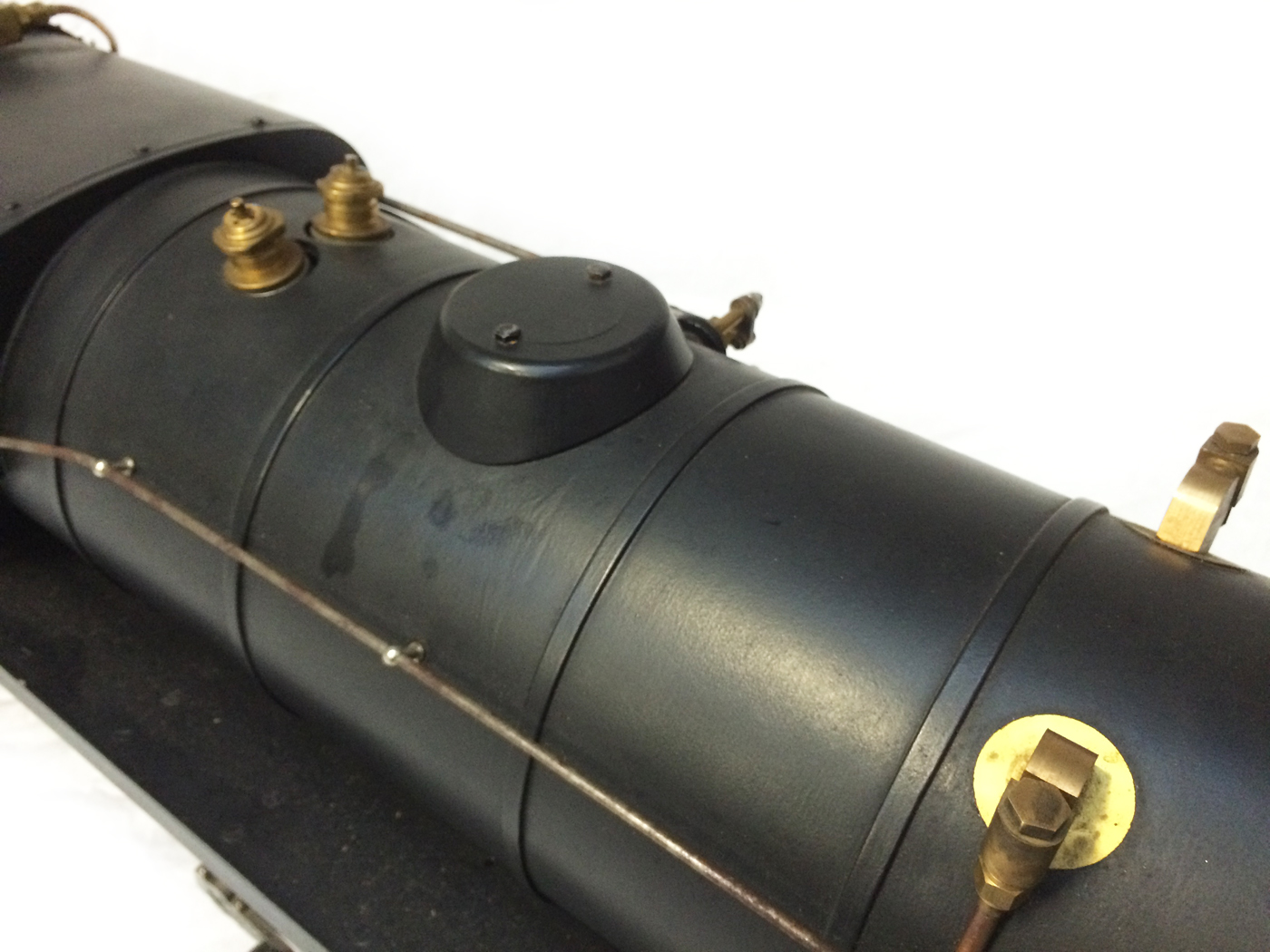 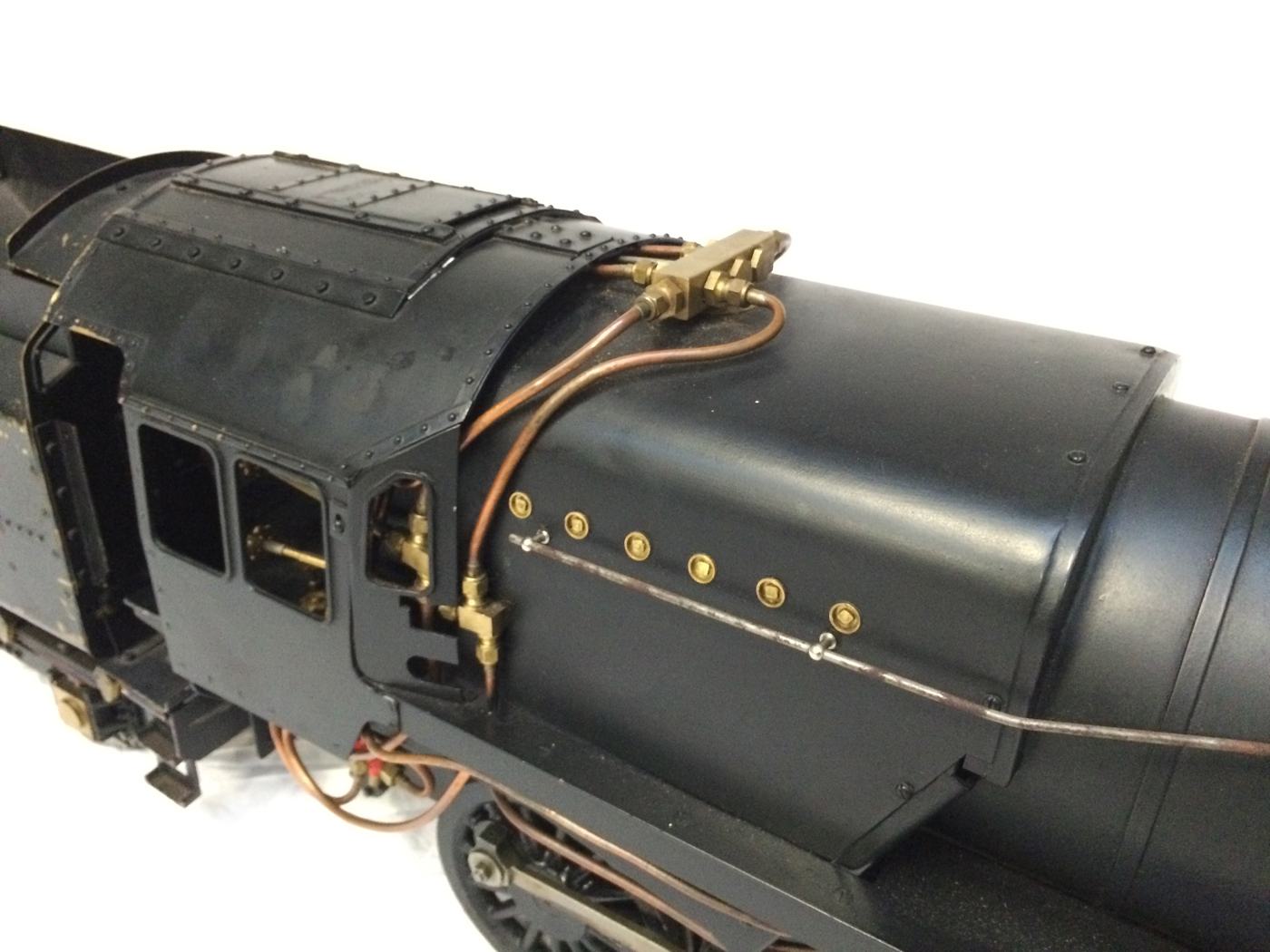 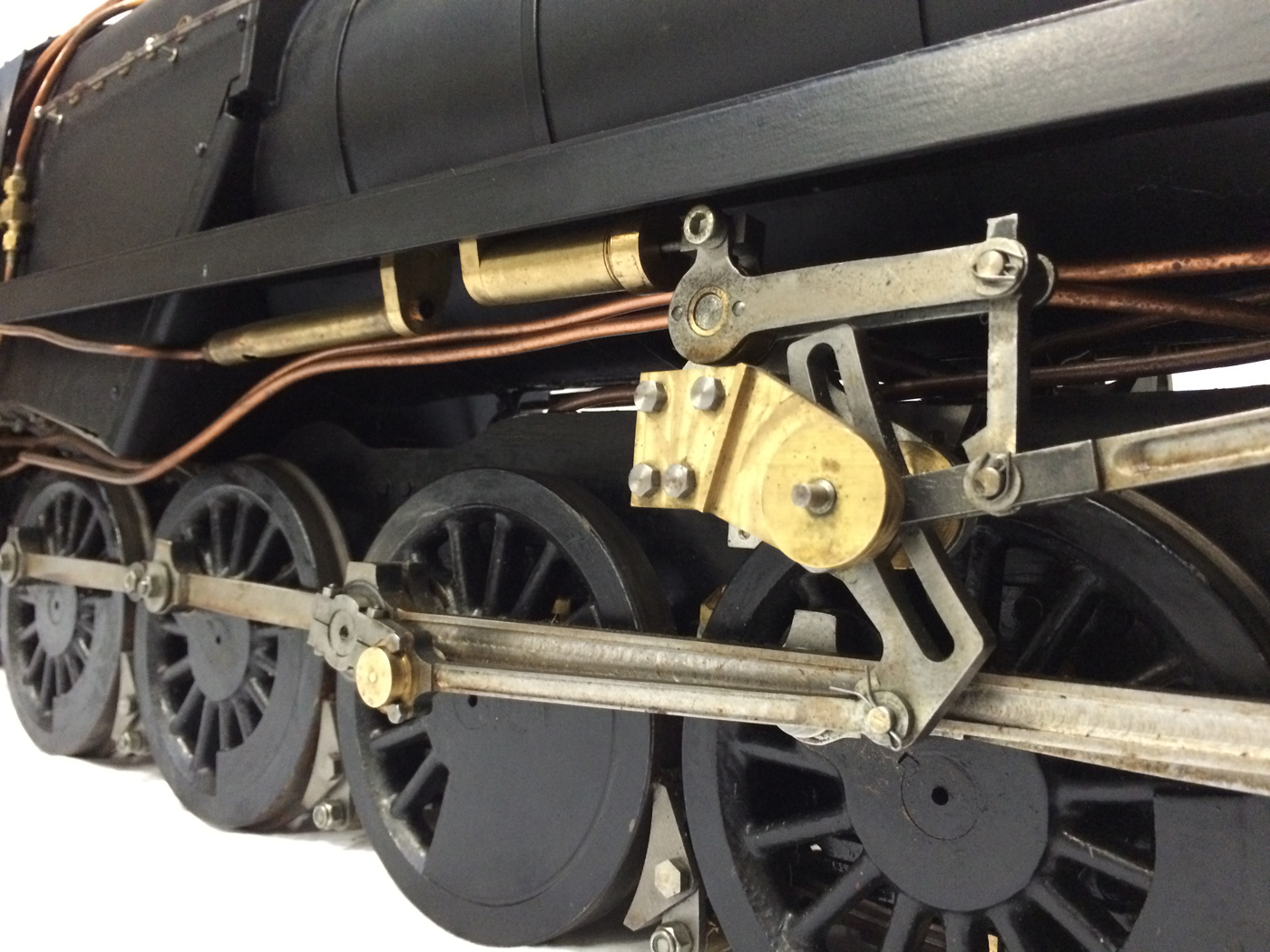 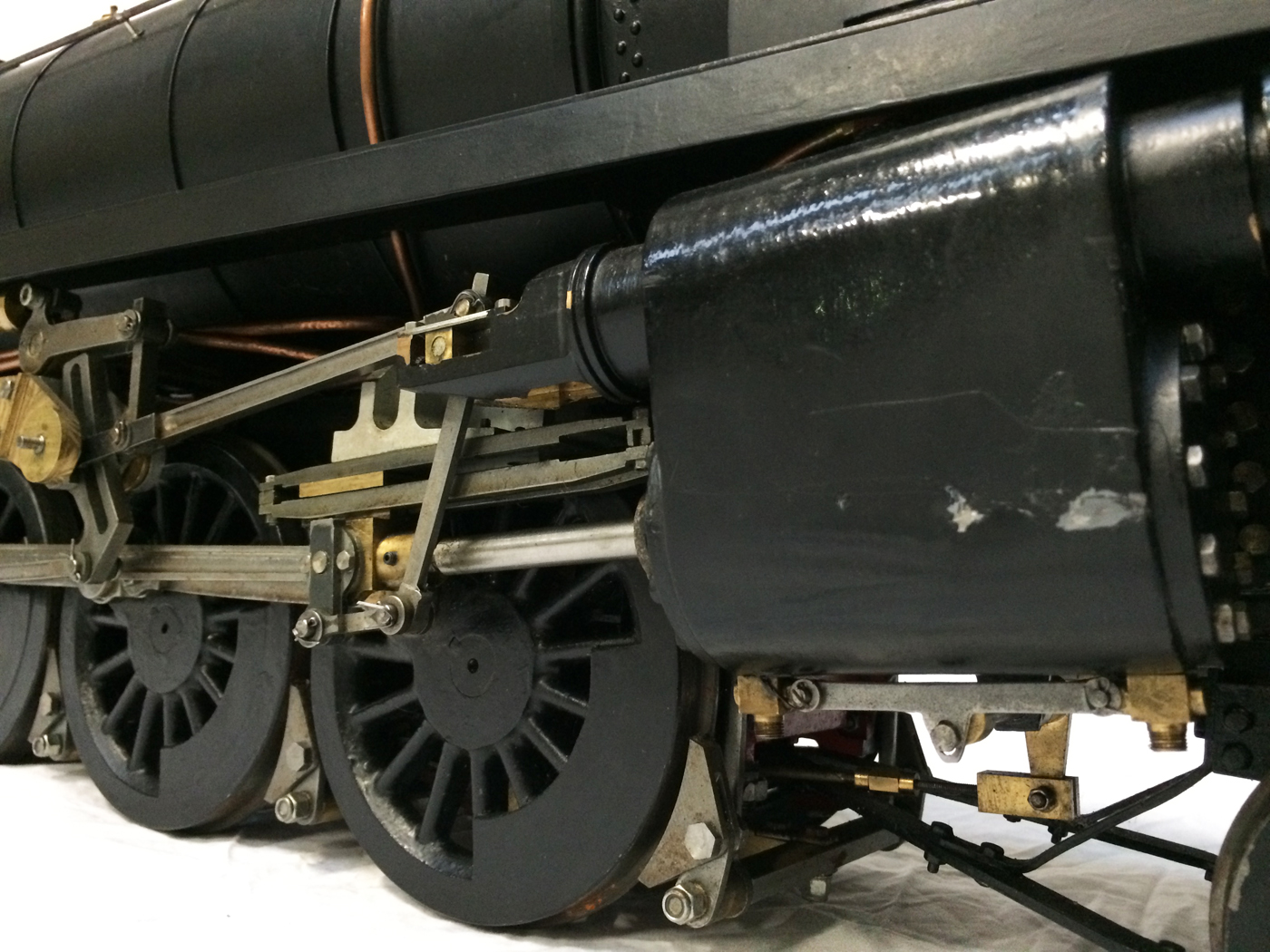 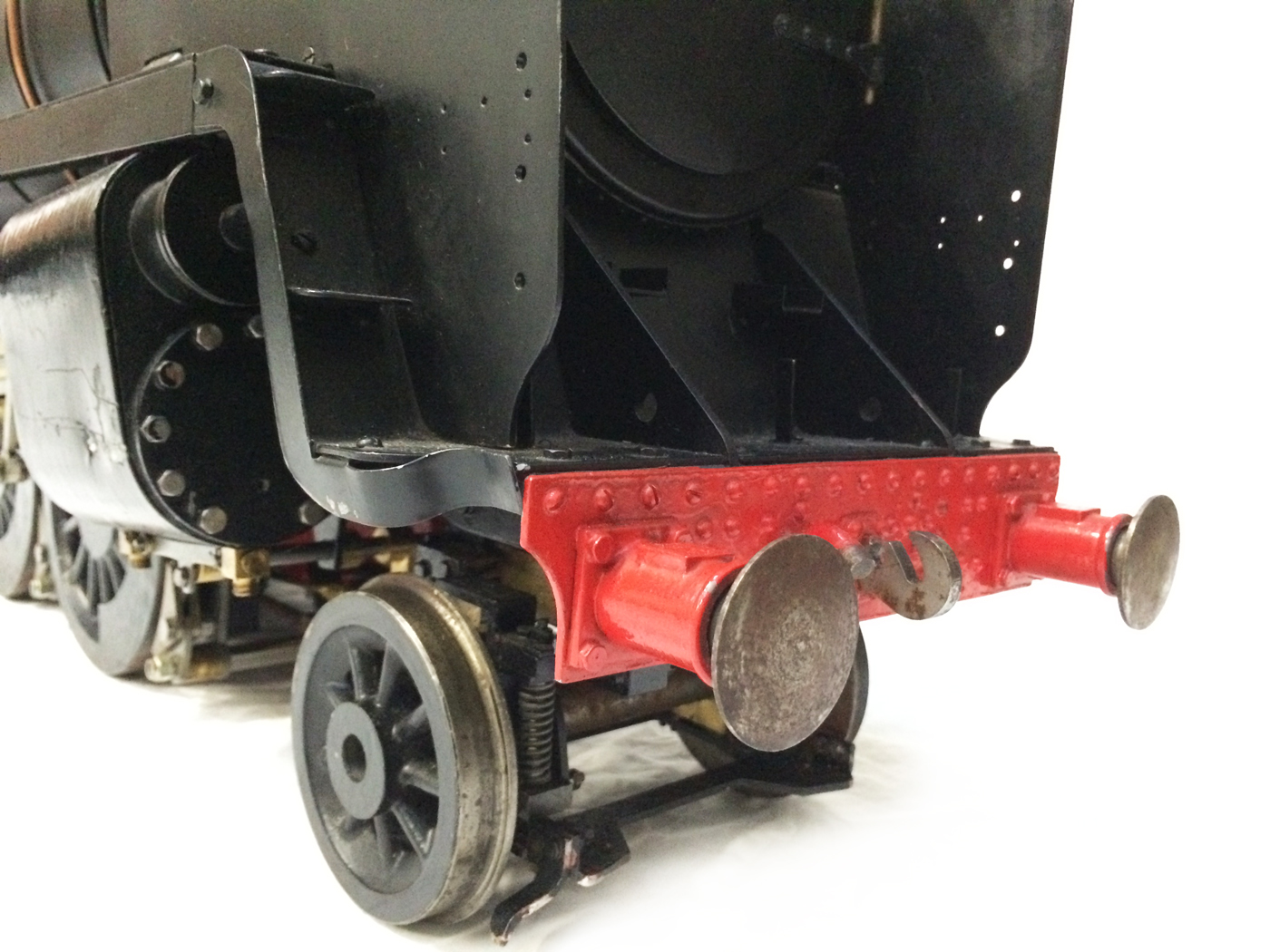