Here we have a rather lovely 5" gauge GWR 45xx, 4549.  A very pretty and well made model this with the much rarer flat top side tanks rather than the usual sloping ones.  Built we thing ostensibly to the 'Firefly' drawings, but with numerous modifications to push it toward the real thing.  The reverser and cab controls have been switched over to the correct right hand side for the prototype (they are wrong on the drawings and on most models), and the rivet and general detail work is nicely done.  Mechanically it is again, well machined and made with a good degree of finesse and attention to detail.  Although clearly a used loco, it is still nicely tight on the outside, and the stephenson's motion between the frames is crisply machined and good to go.

The boiler is silver soldered copper, and neatly made, and water is fed by an injector, a single ram axle pump with footplate mounted bypass valve as well as a hand pump in the bunker at the rear of the cab.  Lubrication is mechanical and in the usual spot with a nice sized reservoir under the front footplate.  The back of the cab lifts out as you would imagine, as well as the dummy coal plate, and because the back of the cab takes with it a sliver of the roof it gives you a nicely open access through to the controls.  She obviously comes fully tested with a fresh 4 year hydraulic test and annual steam test so she is ready to go straight back on the track and play. 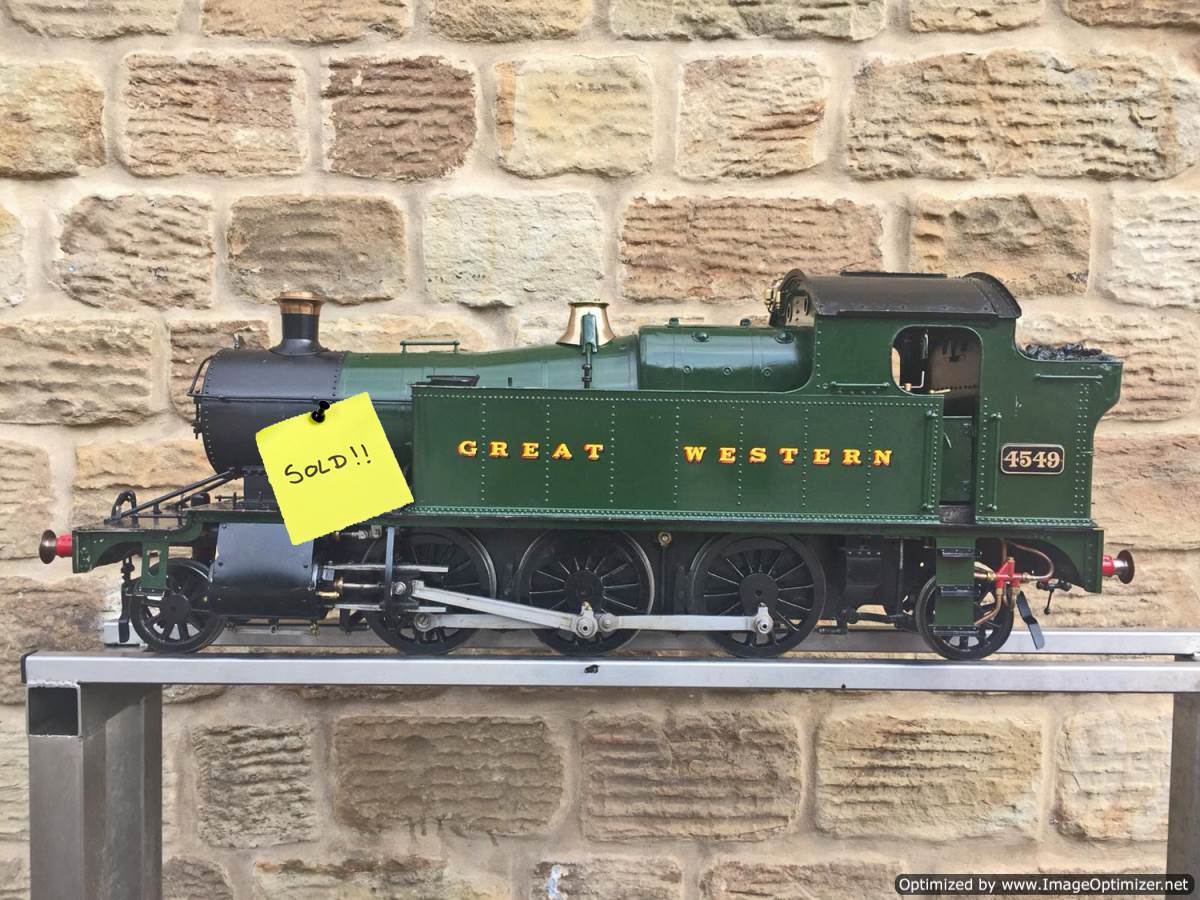