Here we have a nice 5" Gauge GWR Churchwood 63XX Mogul.  (one of the later 1925 built examples of the original 1911 43XX Class).  The model was built to the Kennions design in the late 80s, and proved a favorite with the builder, being his regular 'runner' at his local model engineering society.  The engine underwent a 'heavy general' overhaul a few years ago, and has seen little use after this point, so is essentially now ready for a fresh lease of life with a new owner.

The paintwork was well done, and now (20 odd years on), is still in presentable condition, although it has a fair amount of scrapes and scratches consistent with a used model.  It's got what an estate agent would call 'a nice patina', but for the rest of us, we will say that it's perfectly presentable, but would look great with a decent re-paint.  (During which the copper top feed pipes could be hidden behind some nice cladding, or at the very least painted green to make the model look instantly much better)

The model it's self then has all the usual things you'd expect for a well resolved running loco.  Lubrication is from a nice big mechanical lubricator hidden under the front running board.  The draincocks are footplate operated, as are the twin injectors,.... and the twin GW style whistles!  Unusually for a tender engine of this size, the 63's were pole reverser engines, which makes this model particularly versatile.  If you fancy getting involved with the GL5 scale train crowd on their 'Main Line' running days, this would be a superb engine to both shunt the yards, and then look great on the front of 30 scale wagons round the main circuits! 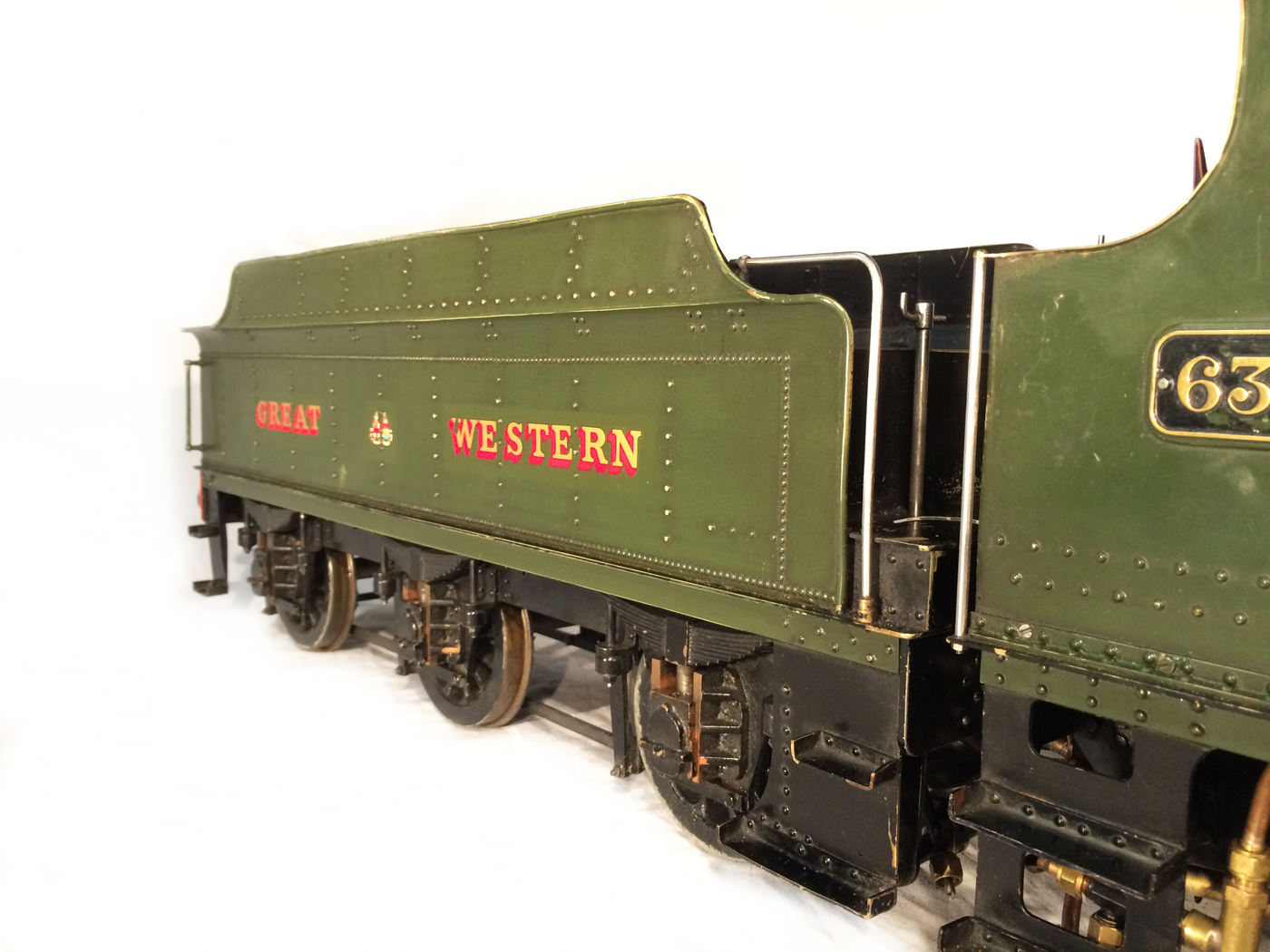 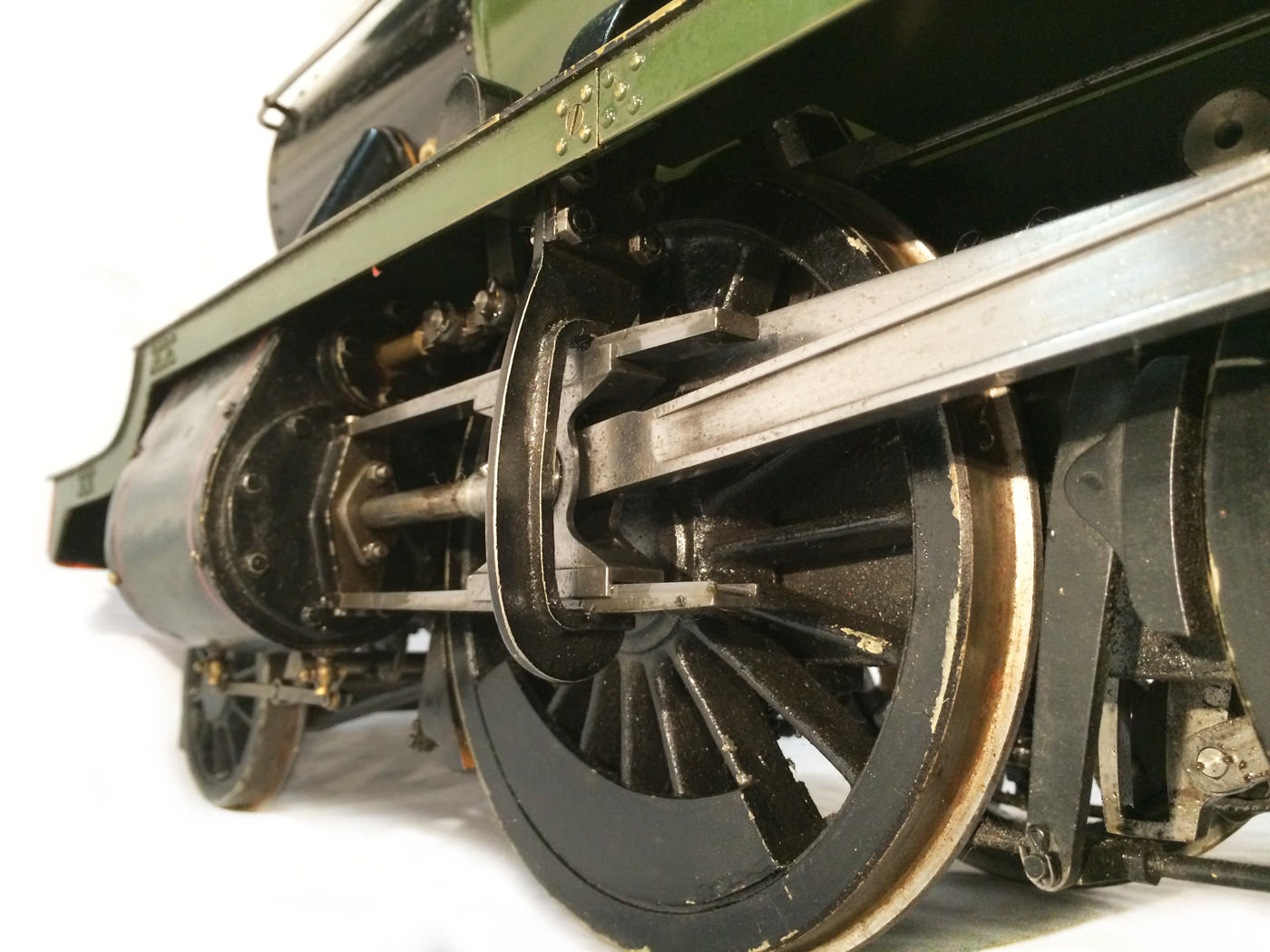 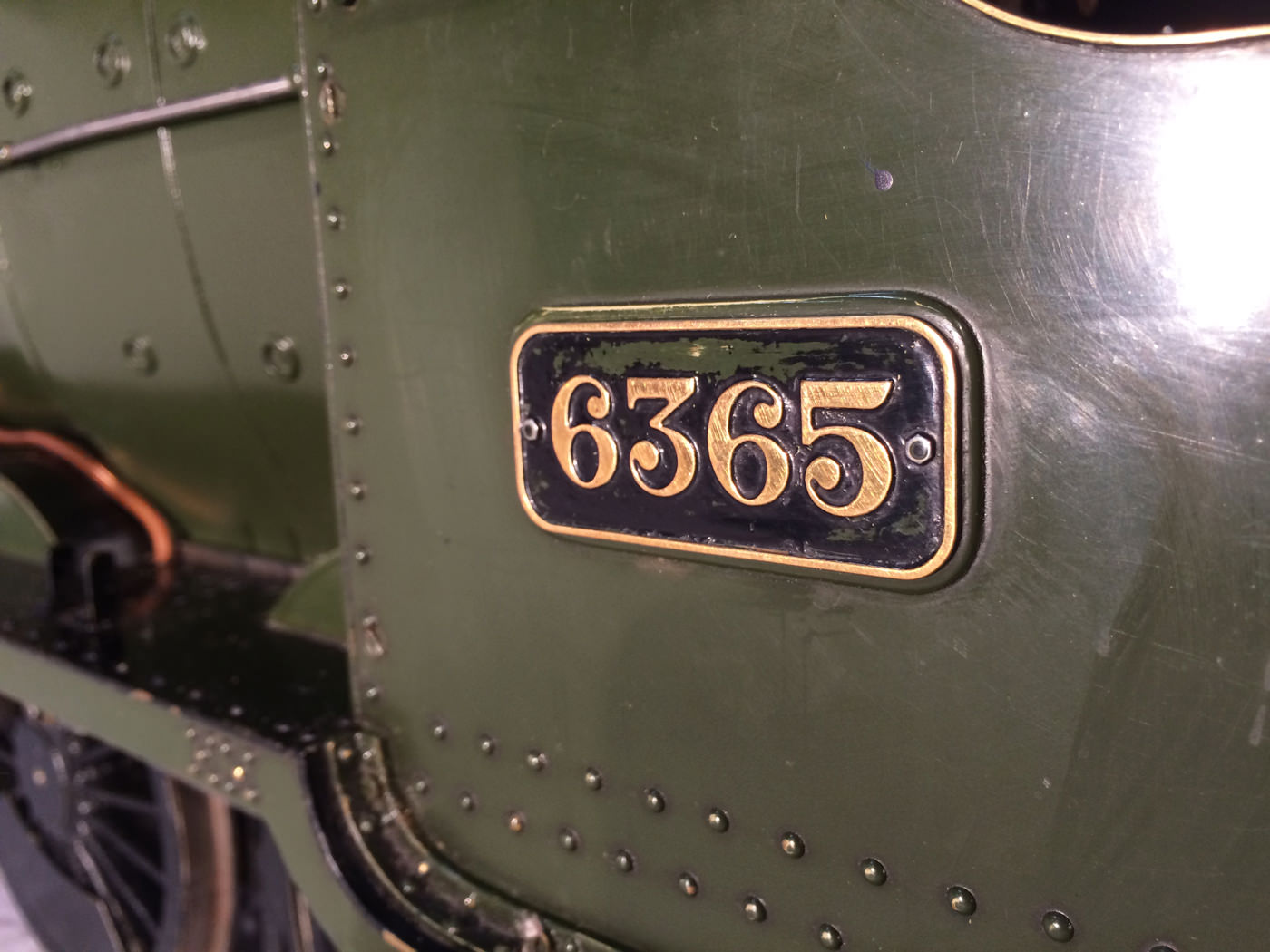 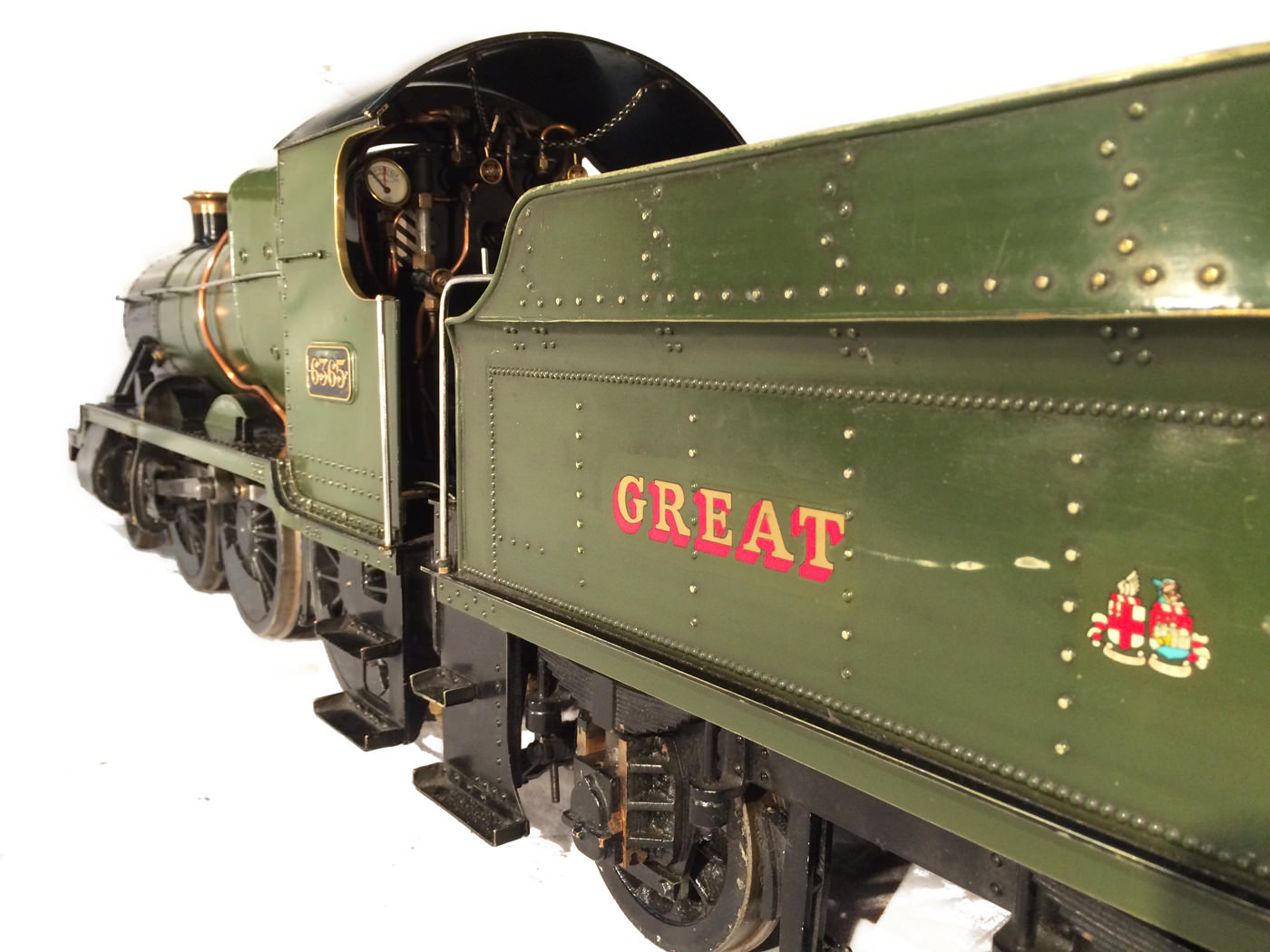 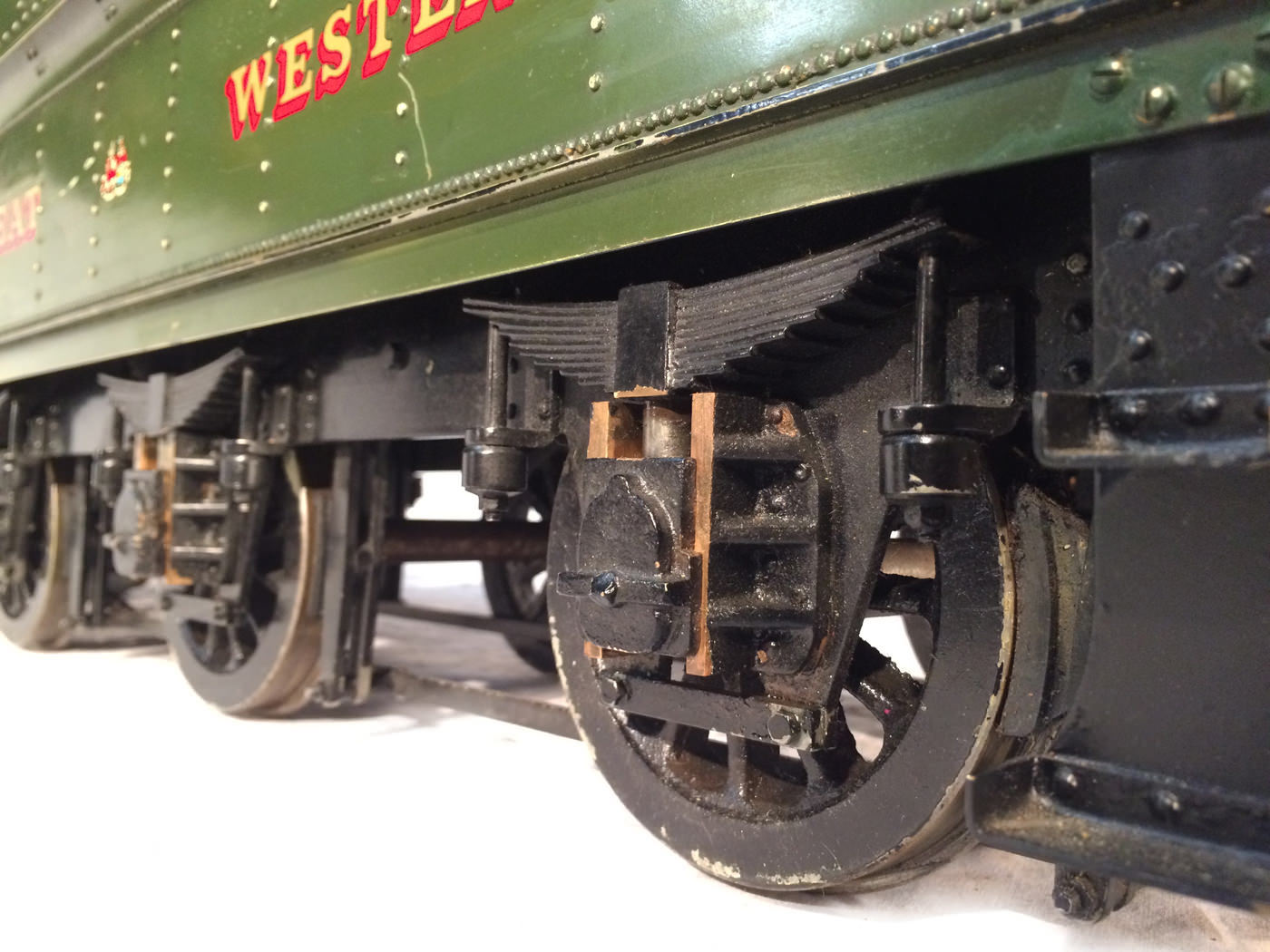 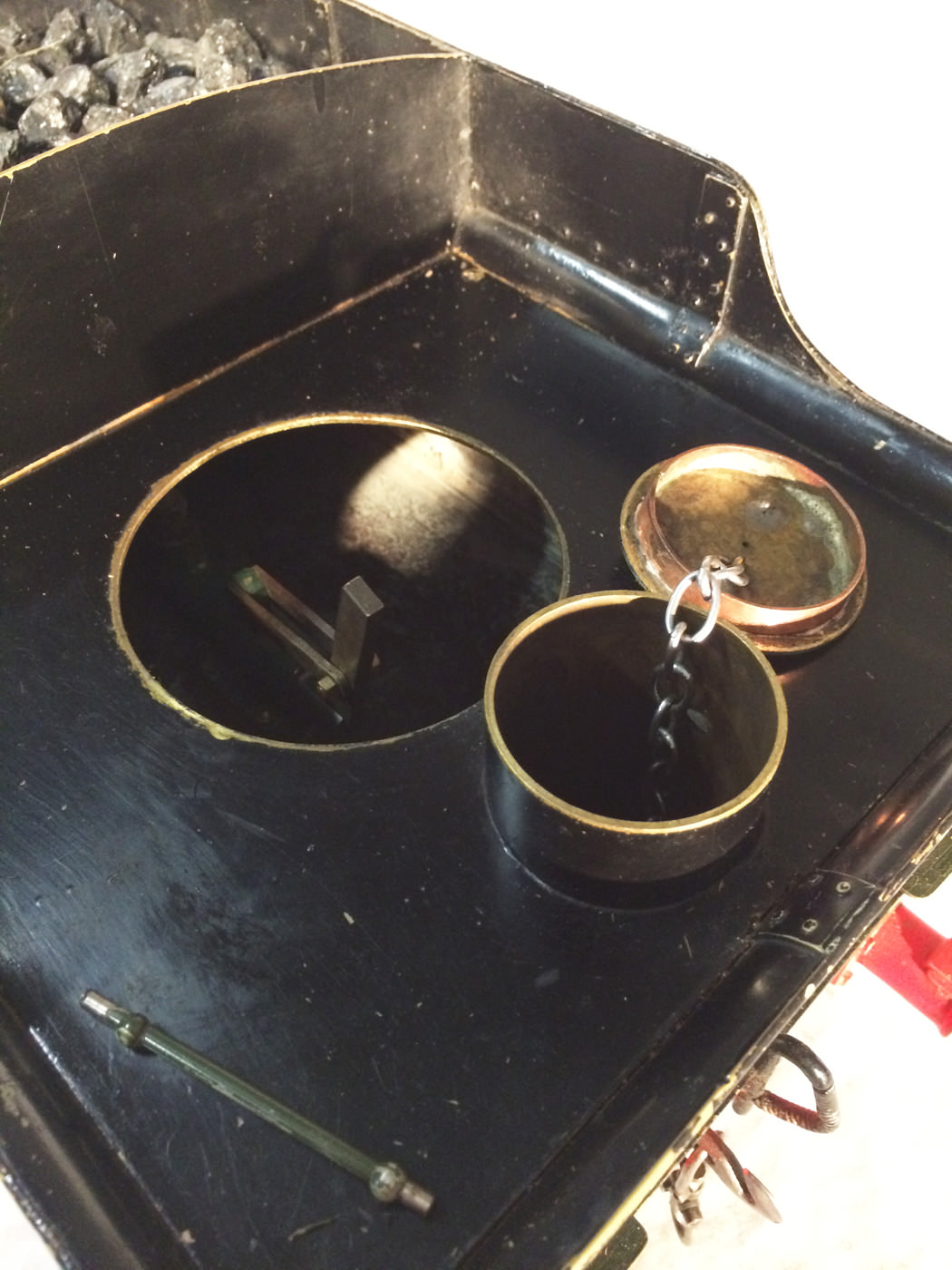 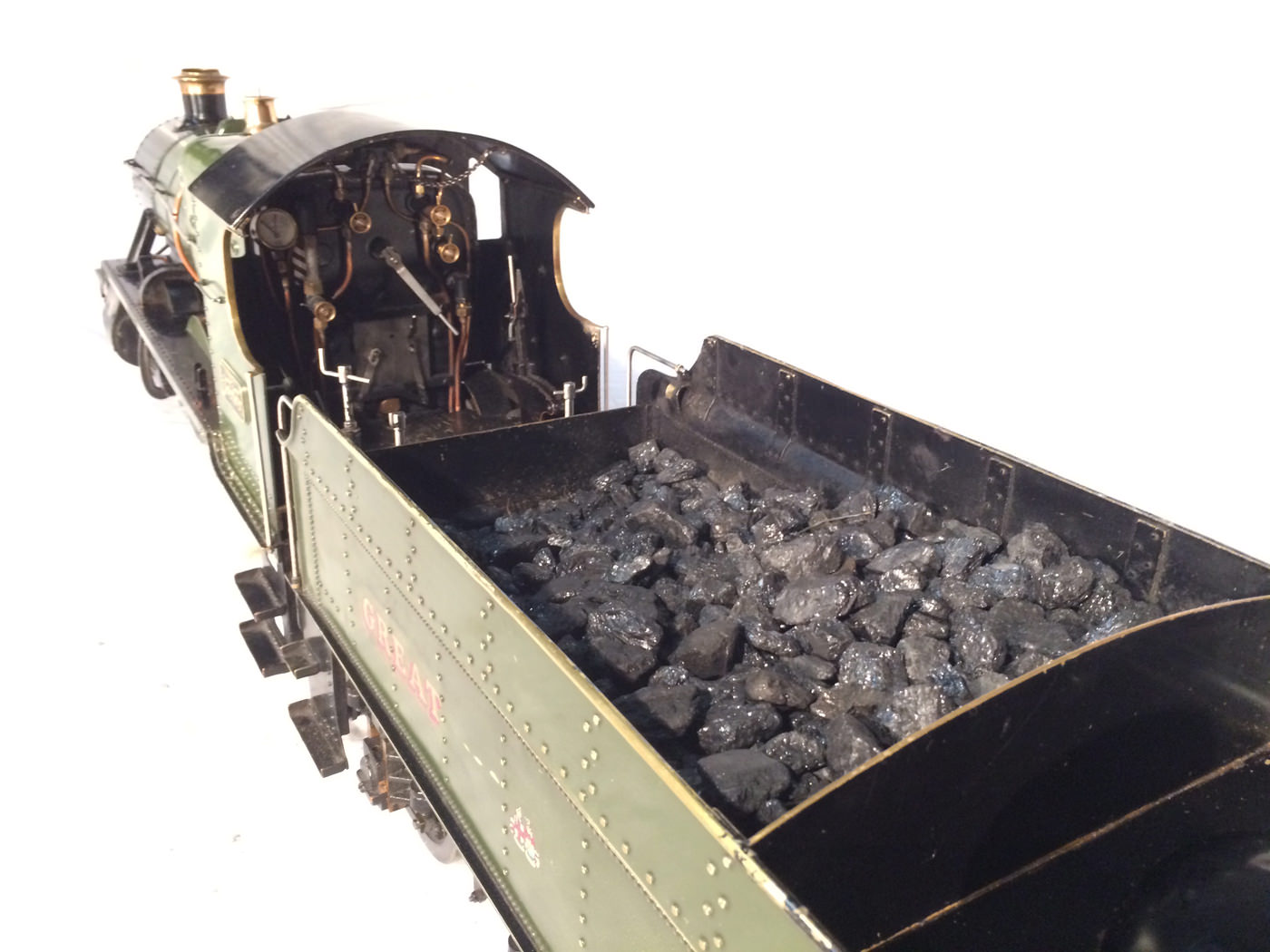 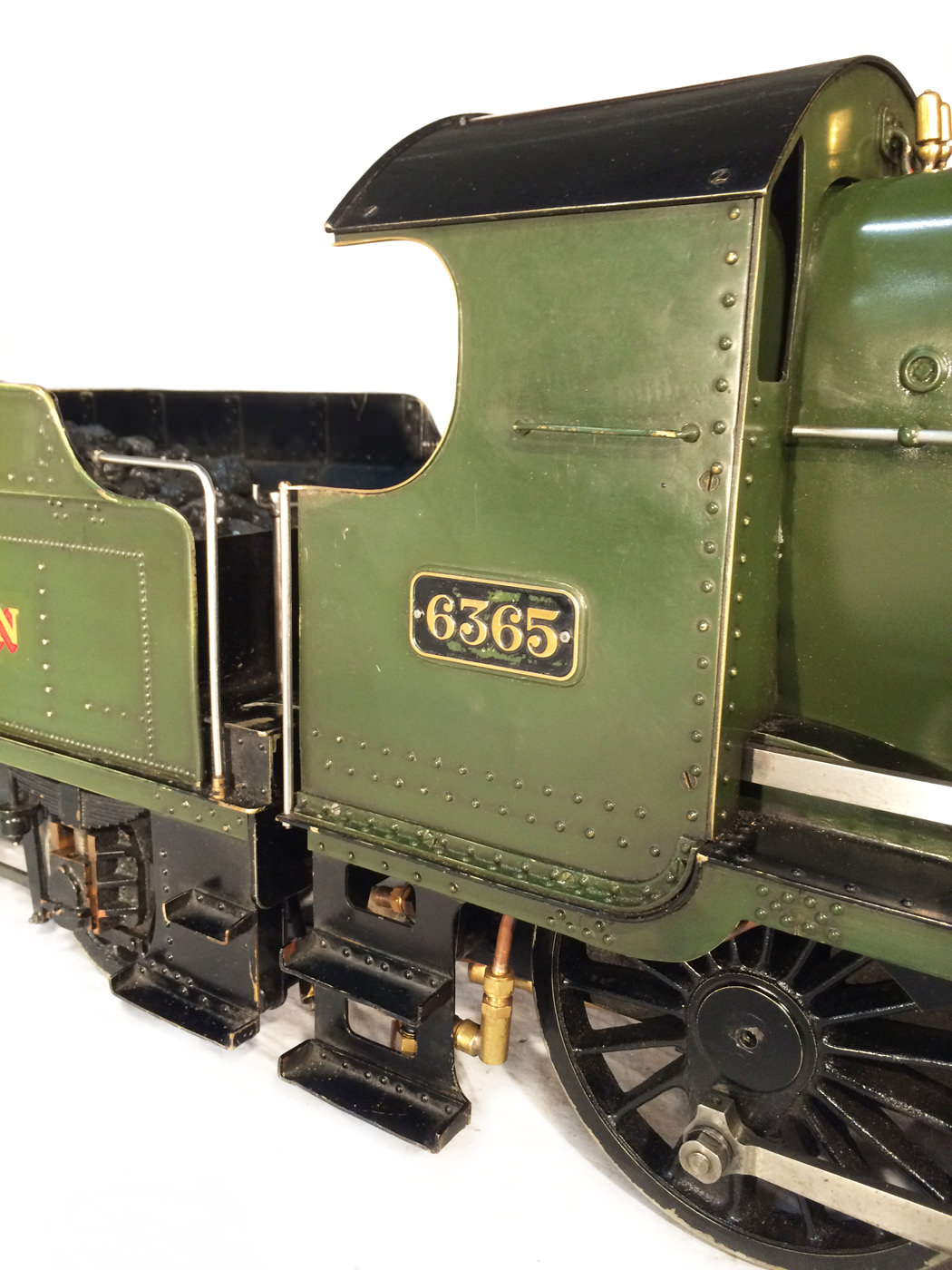 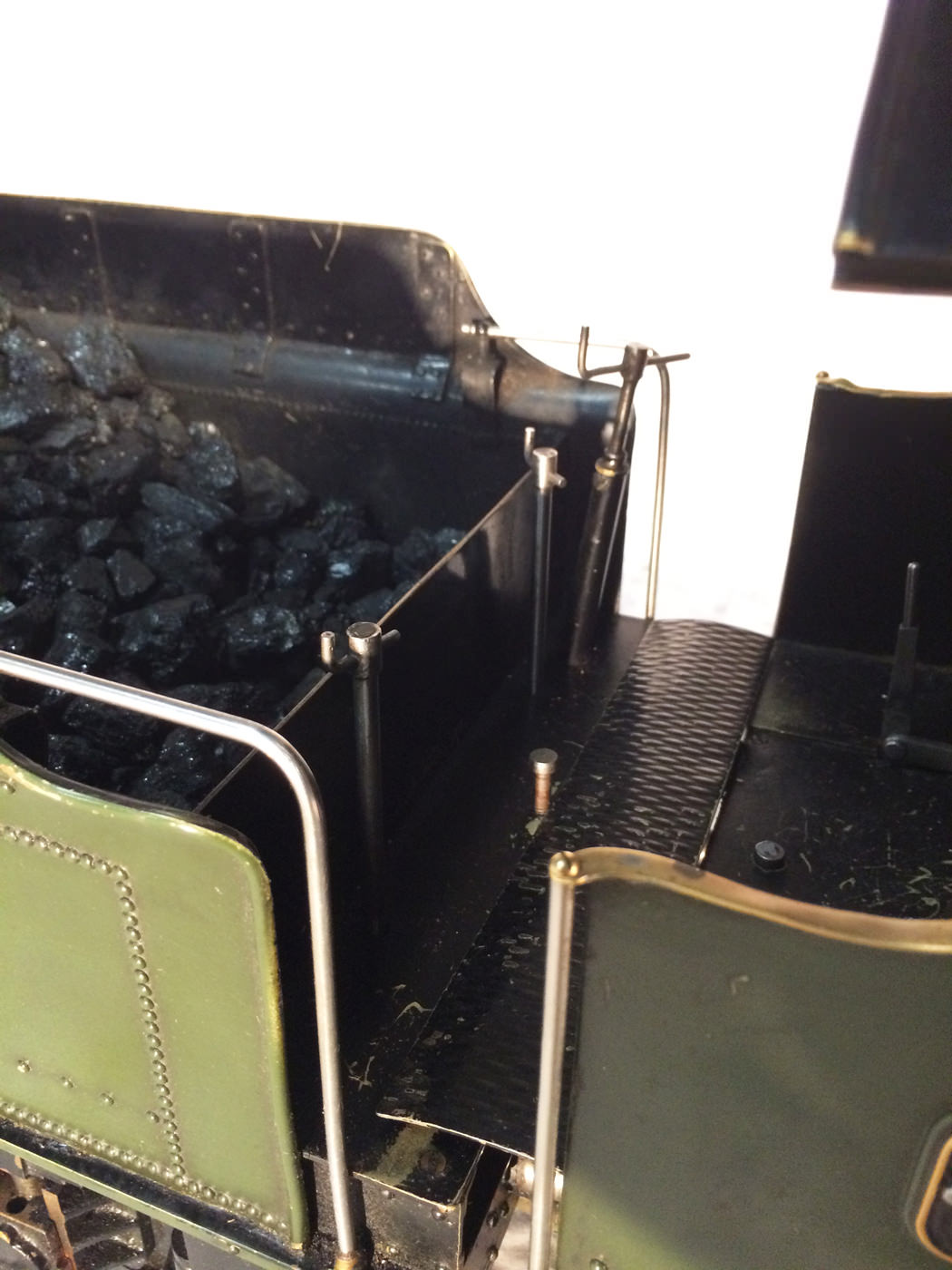 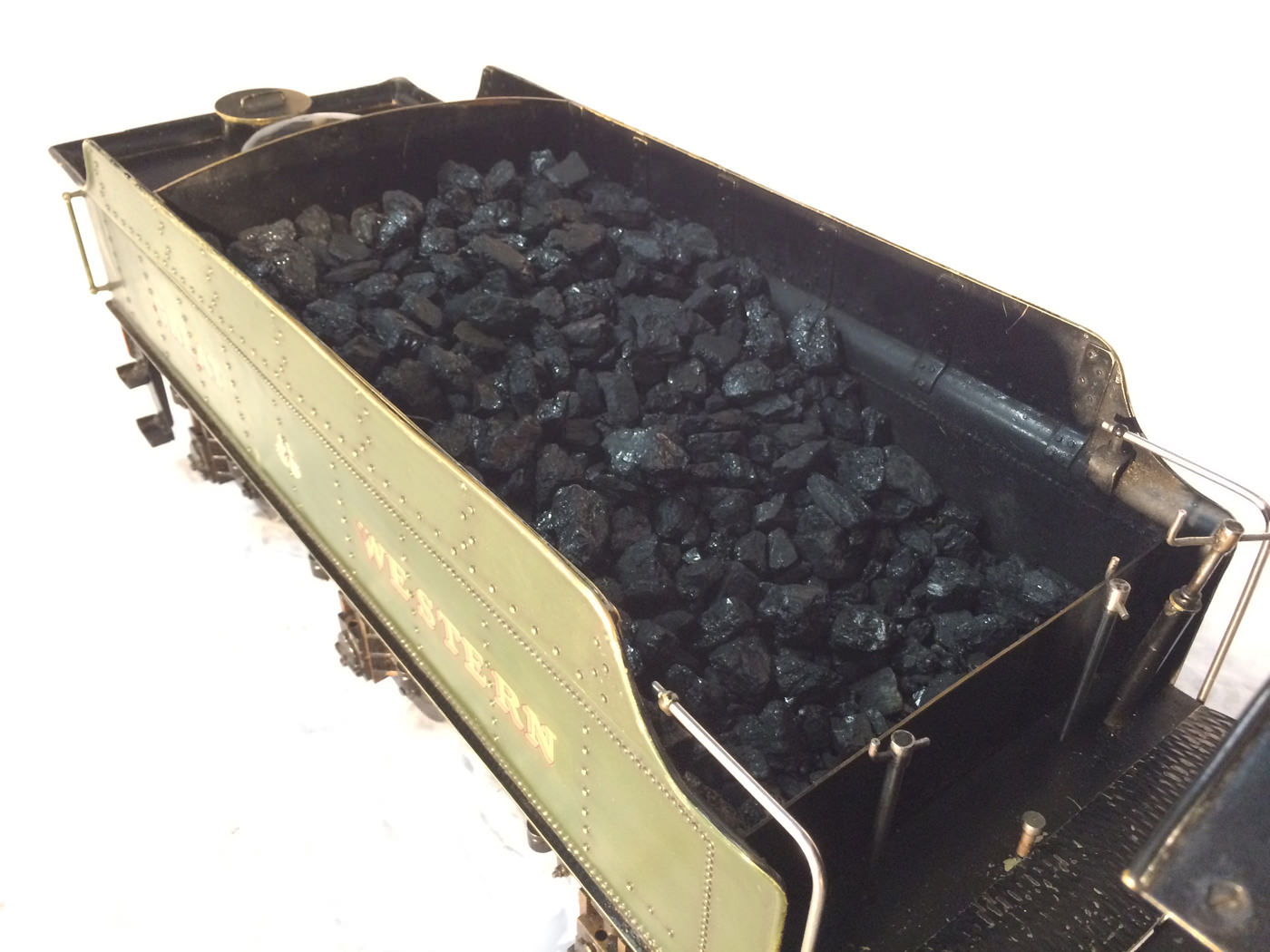 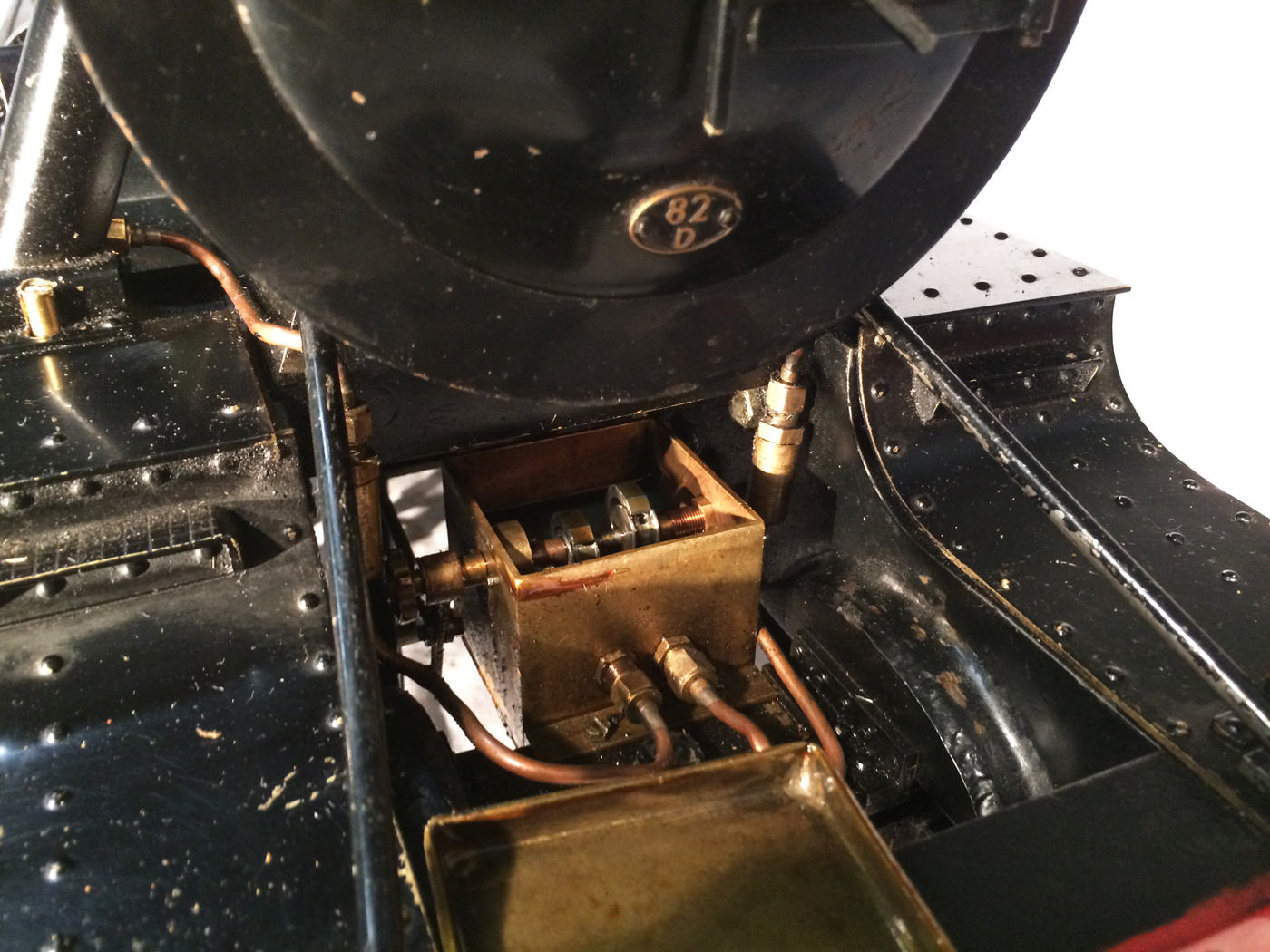 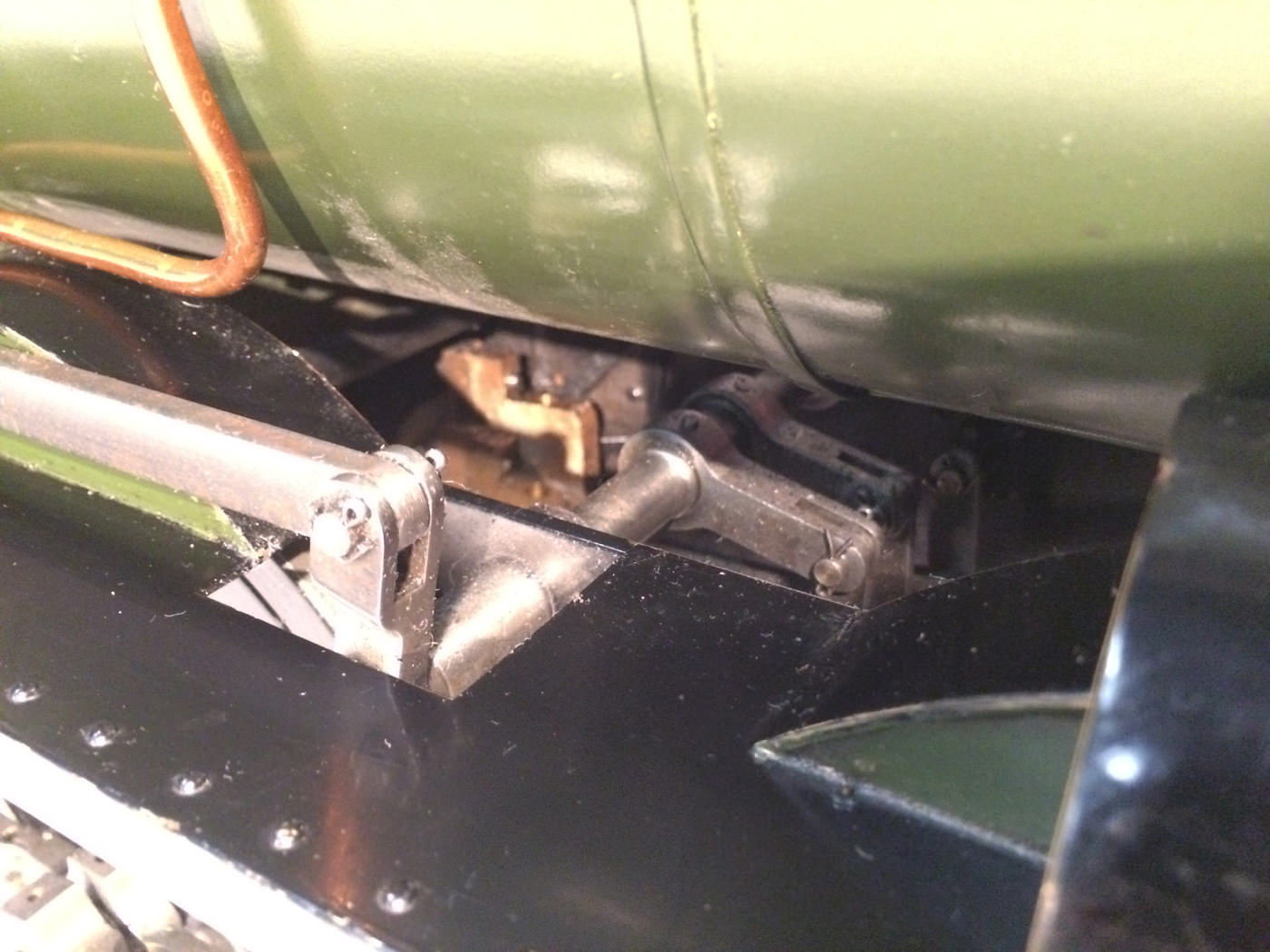 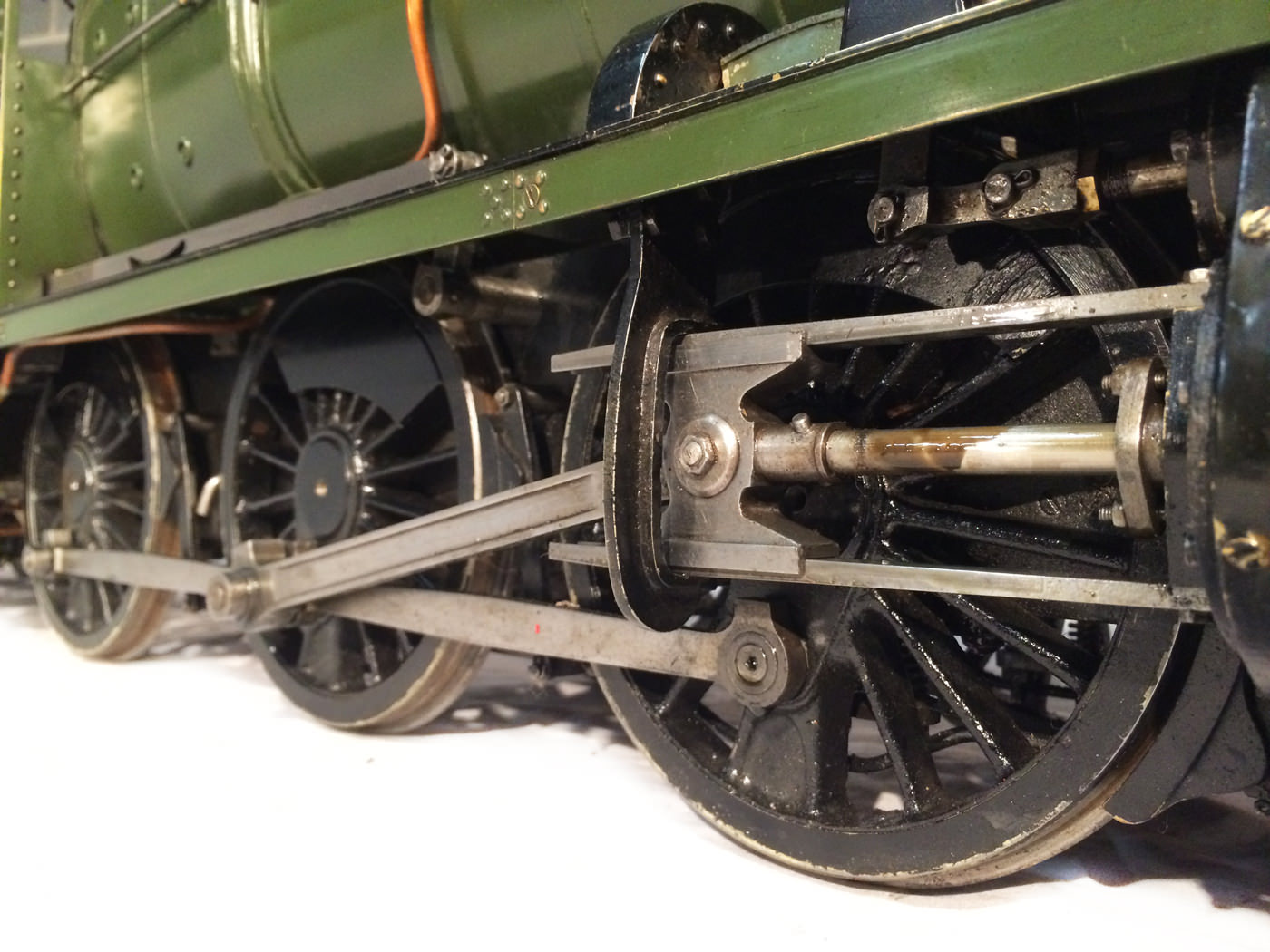 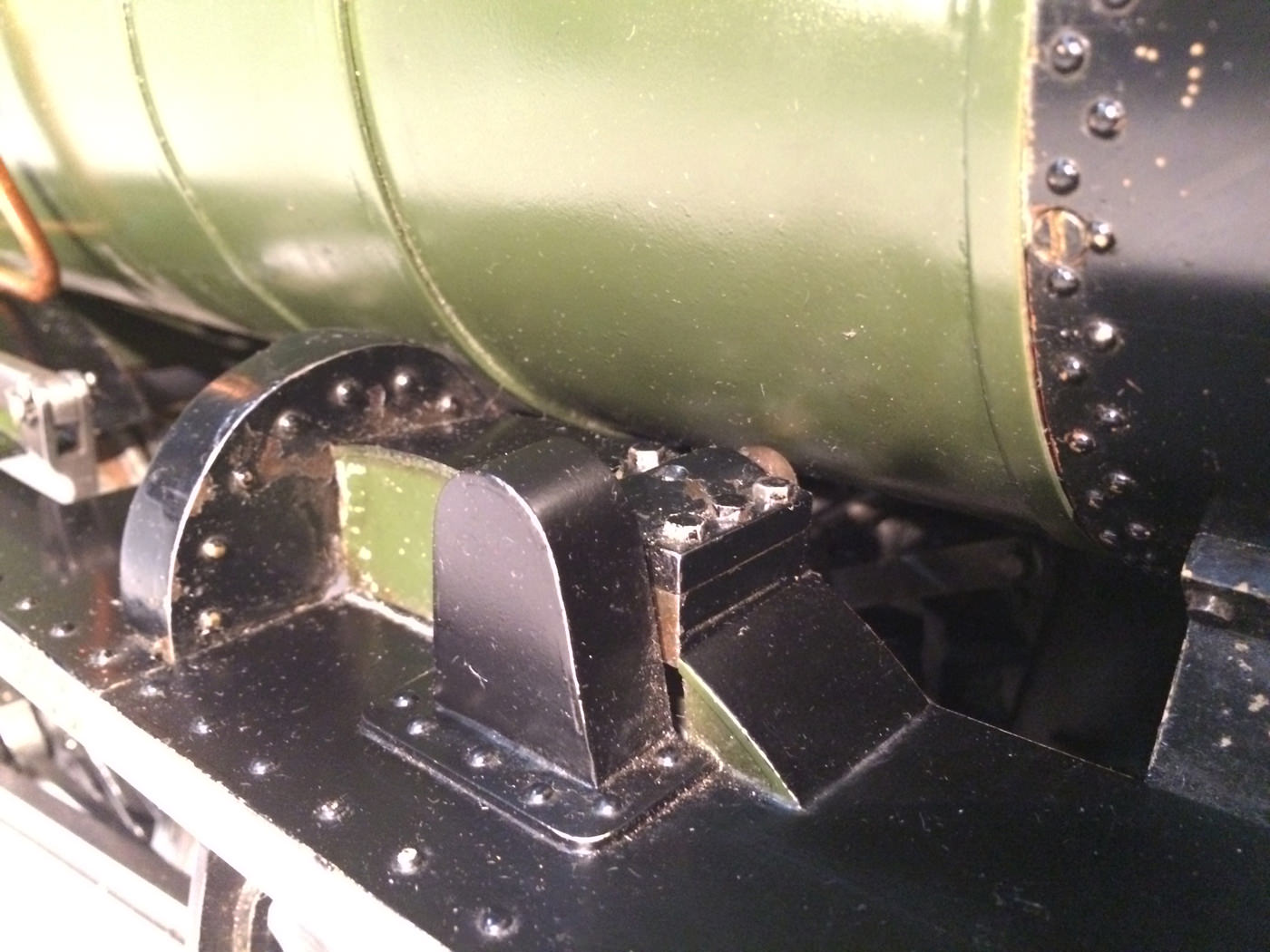 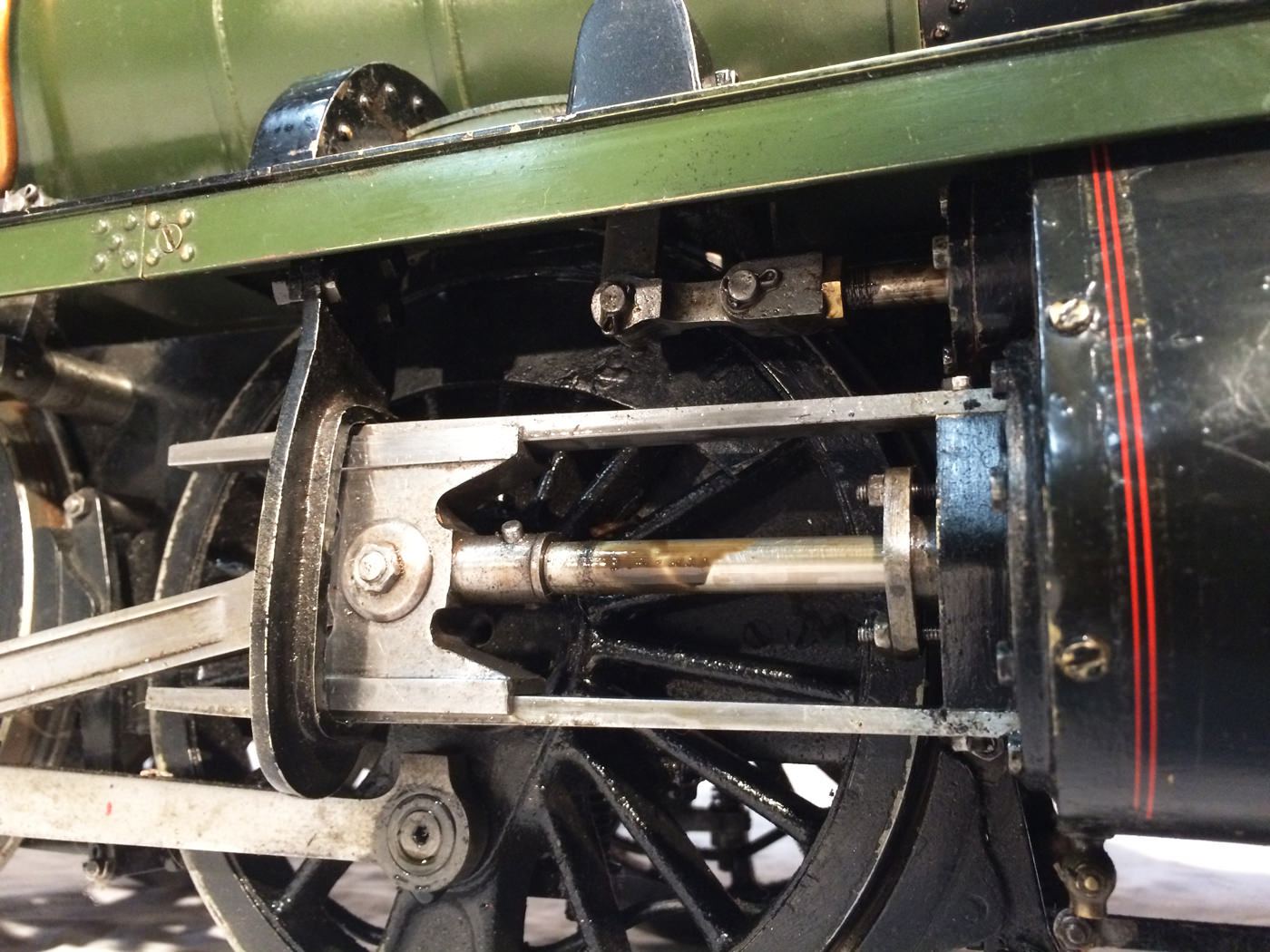 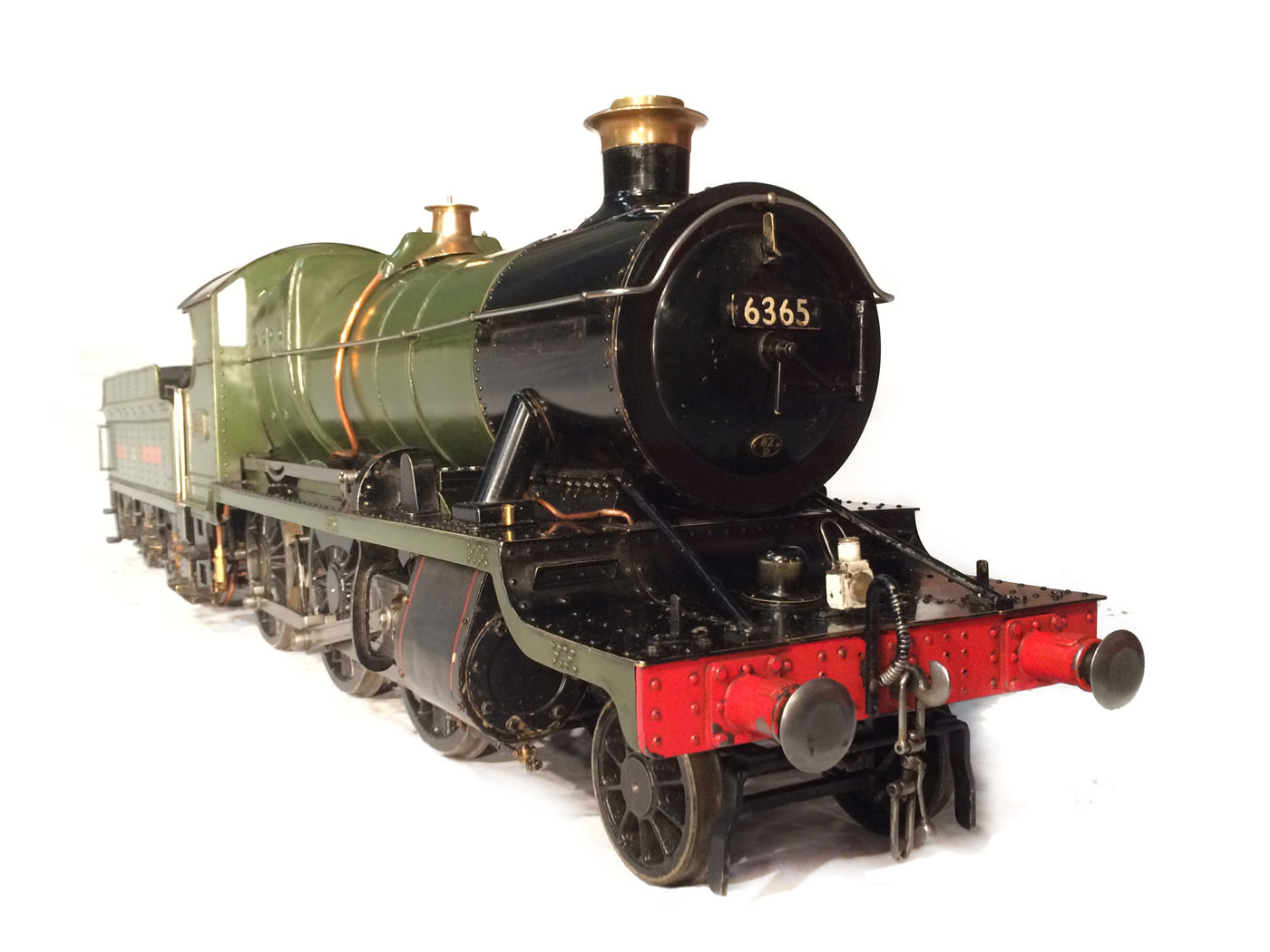 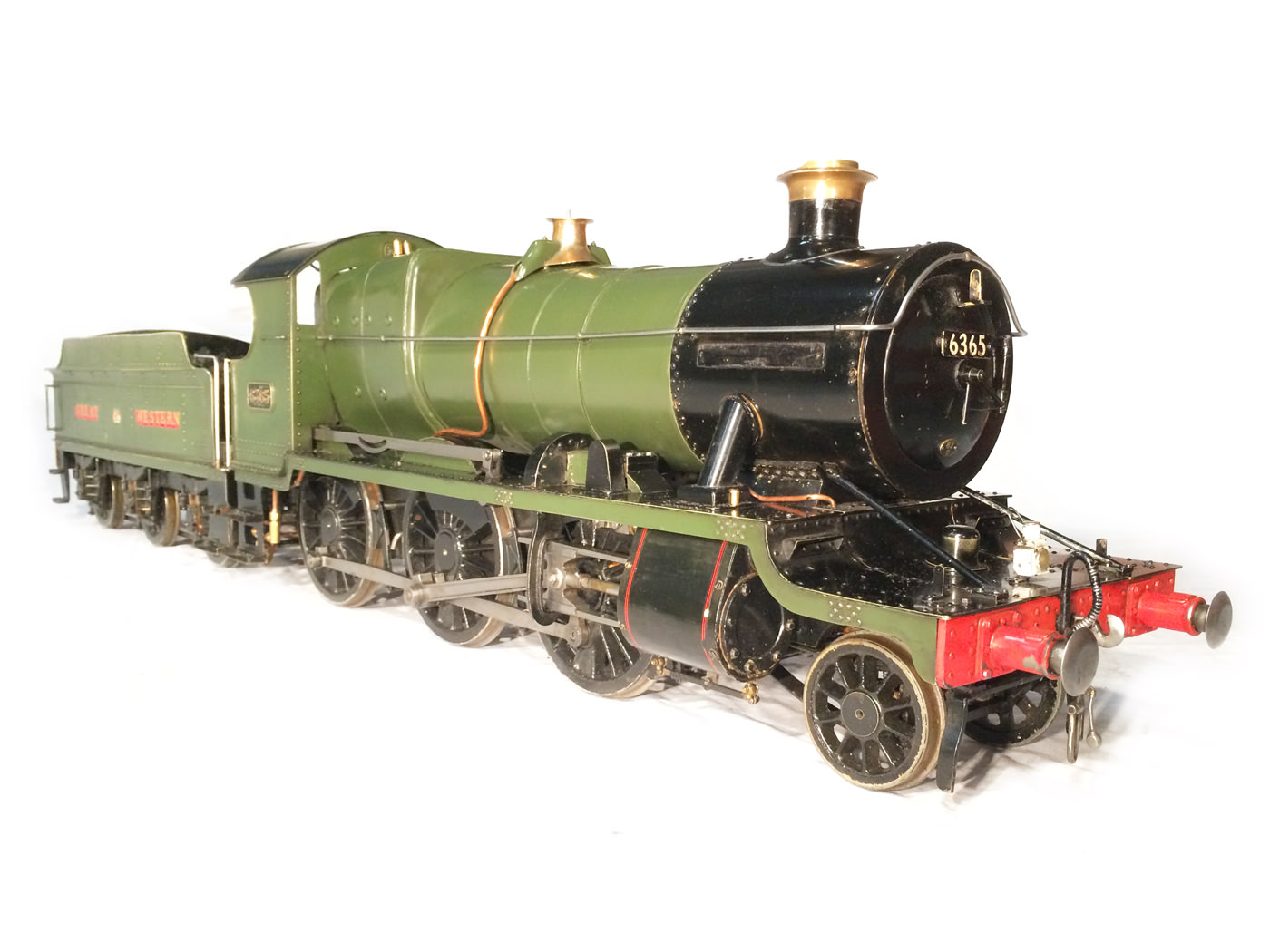 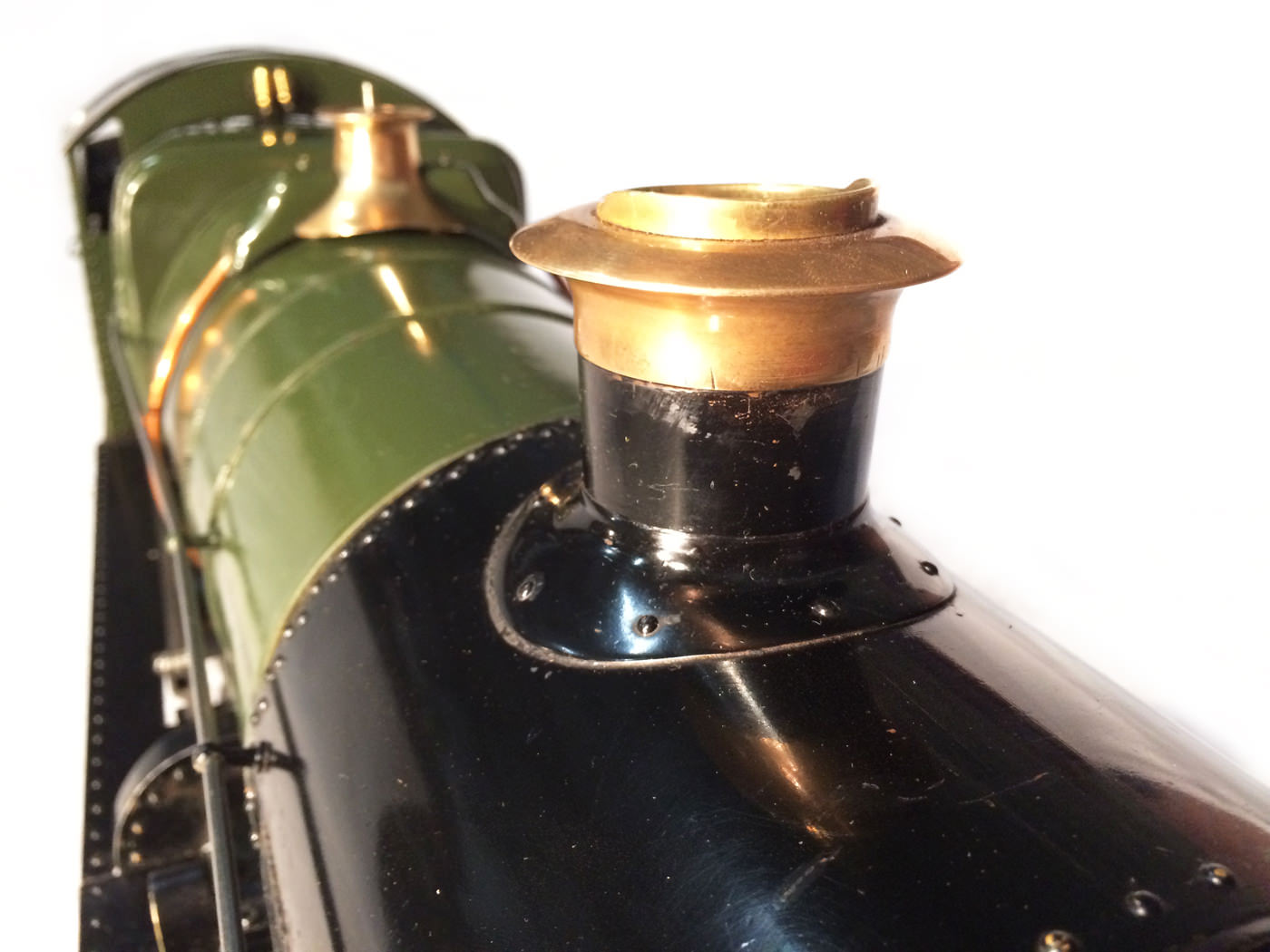 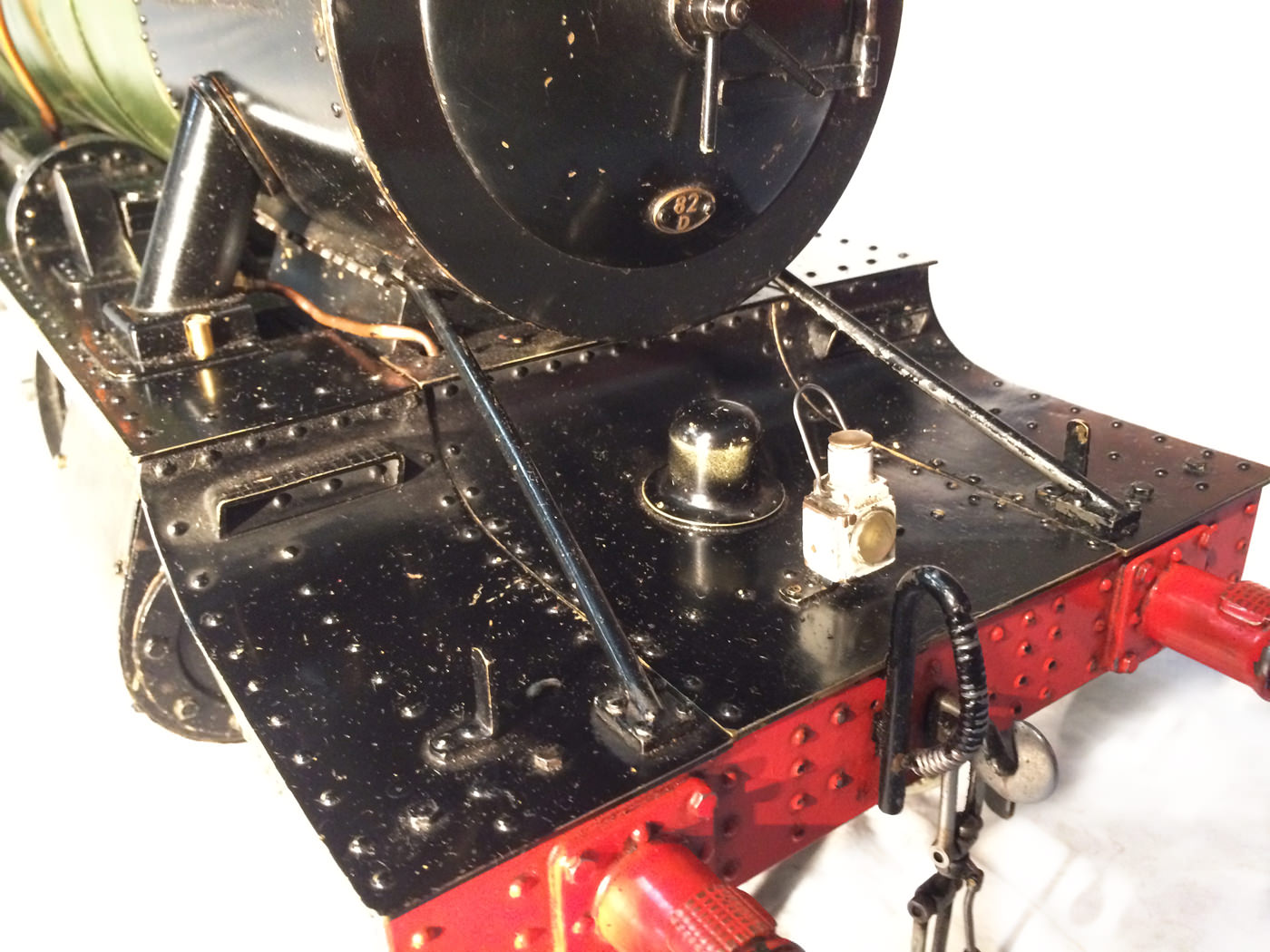 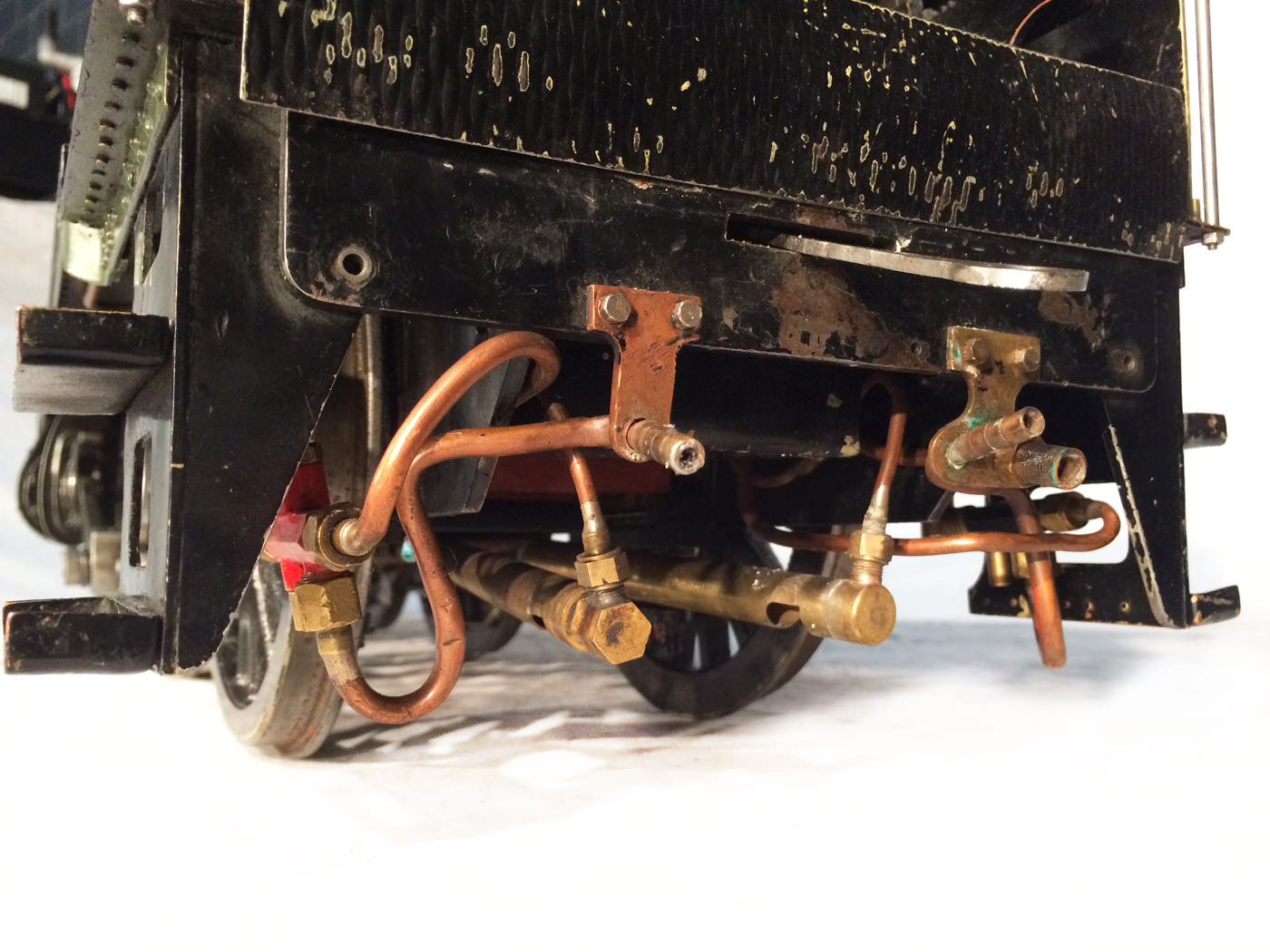 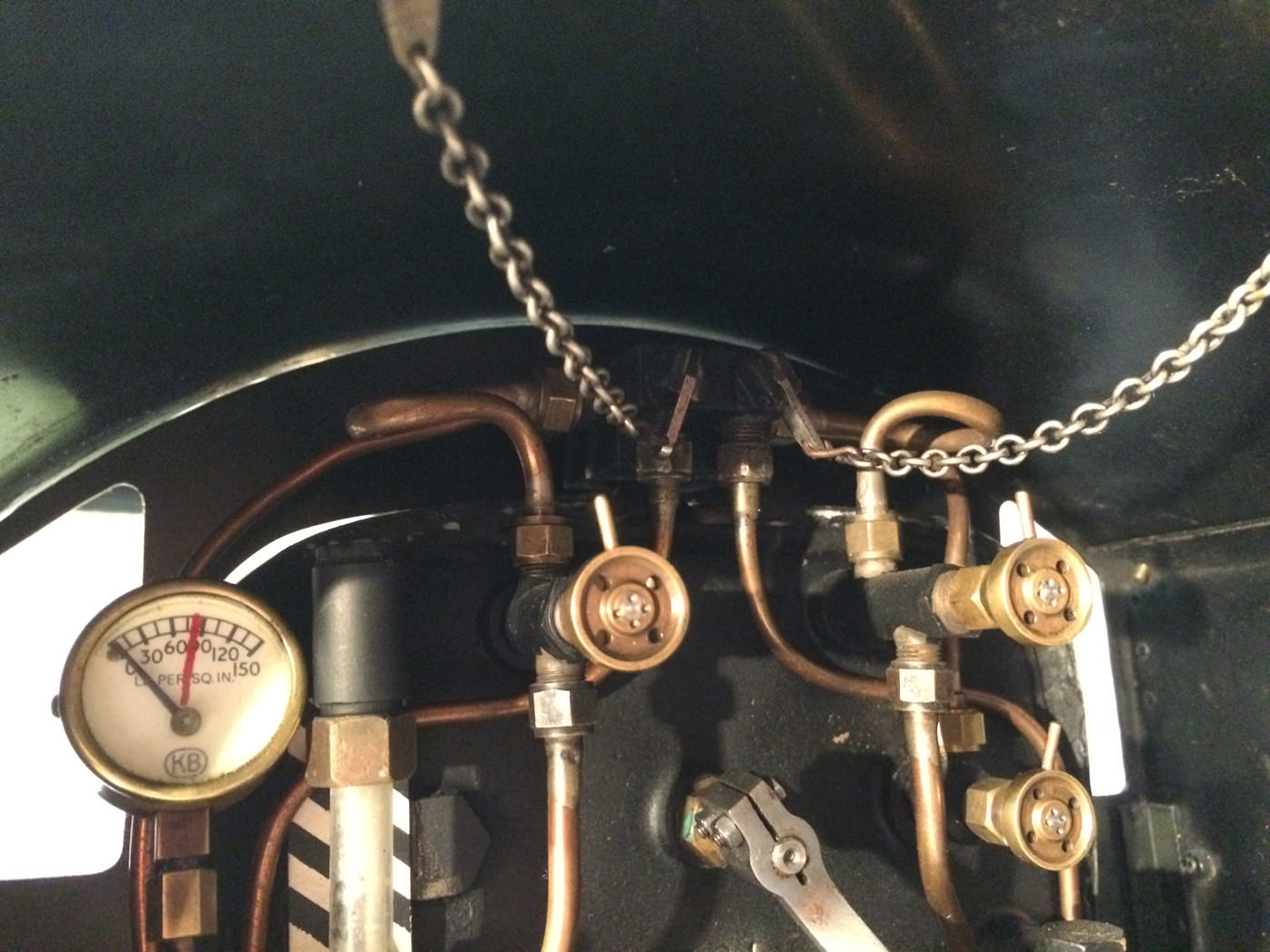 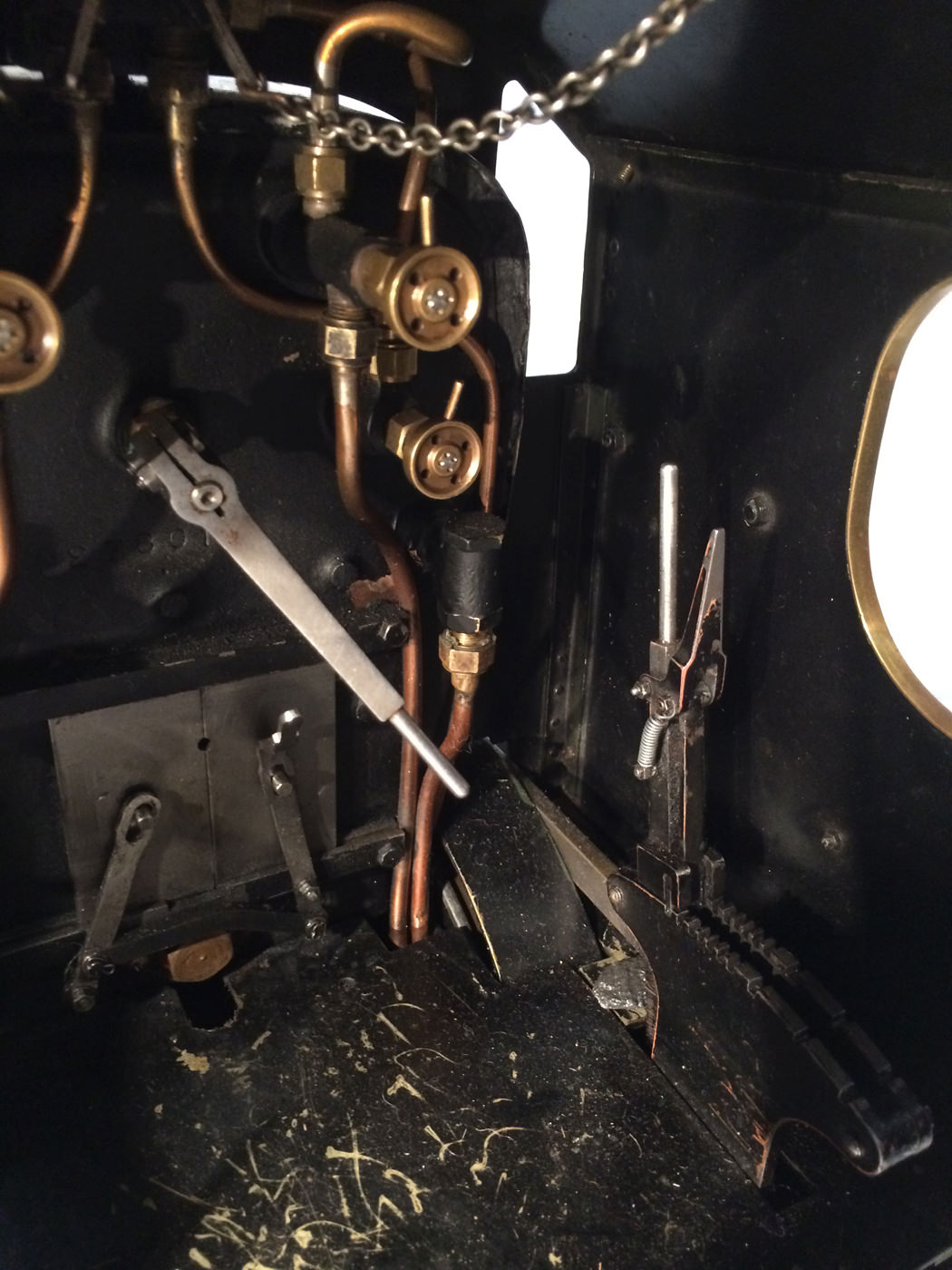 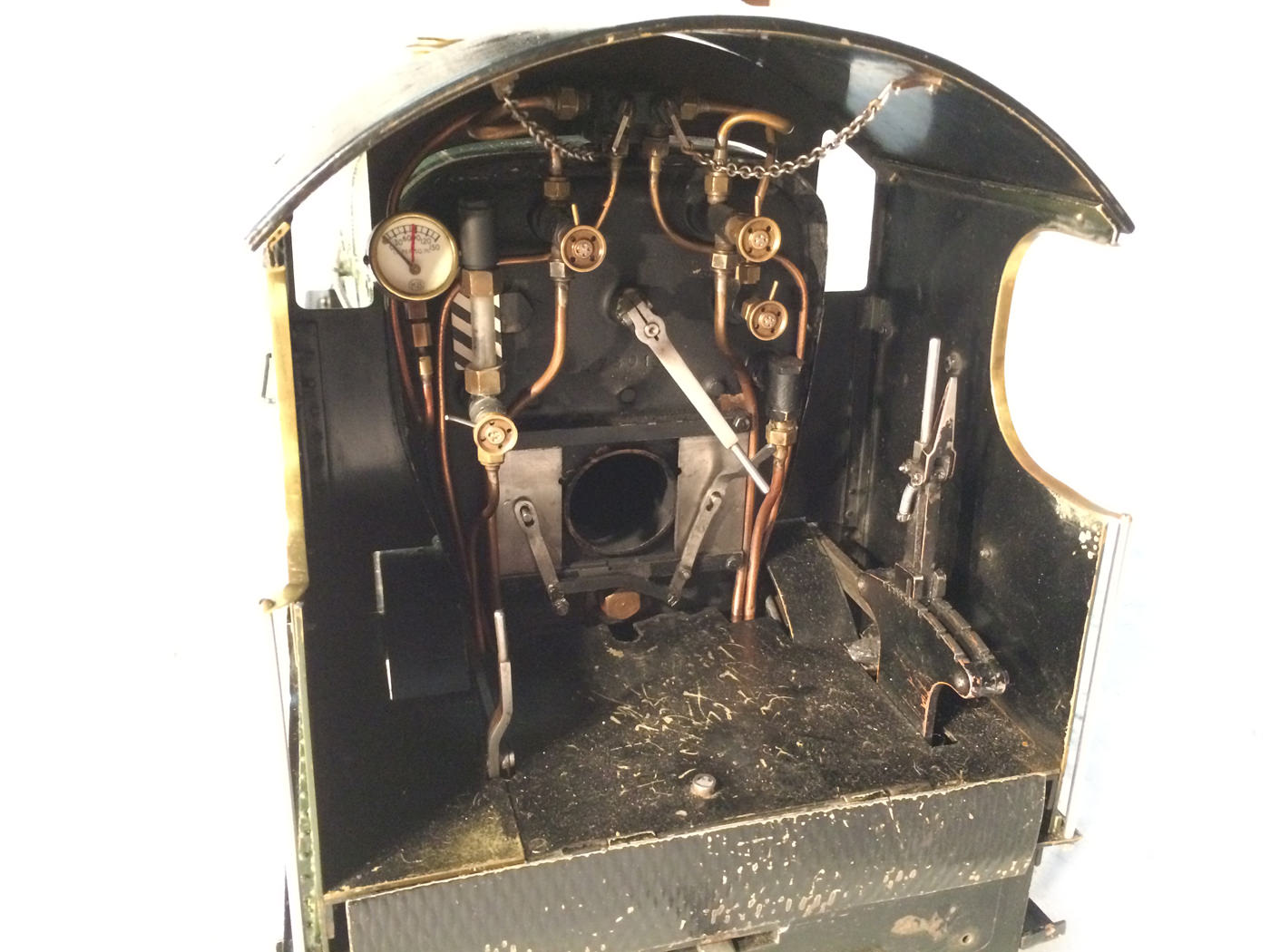 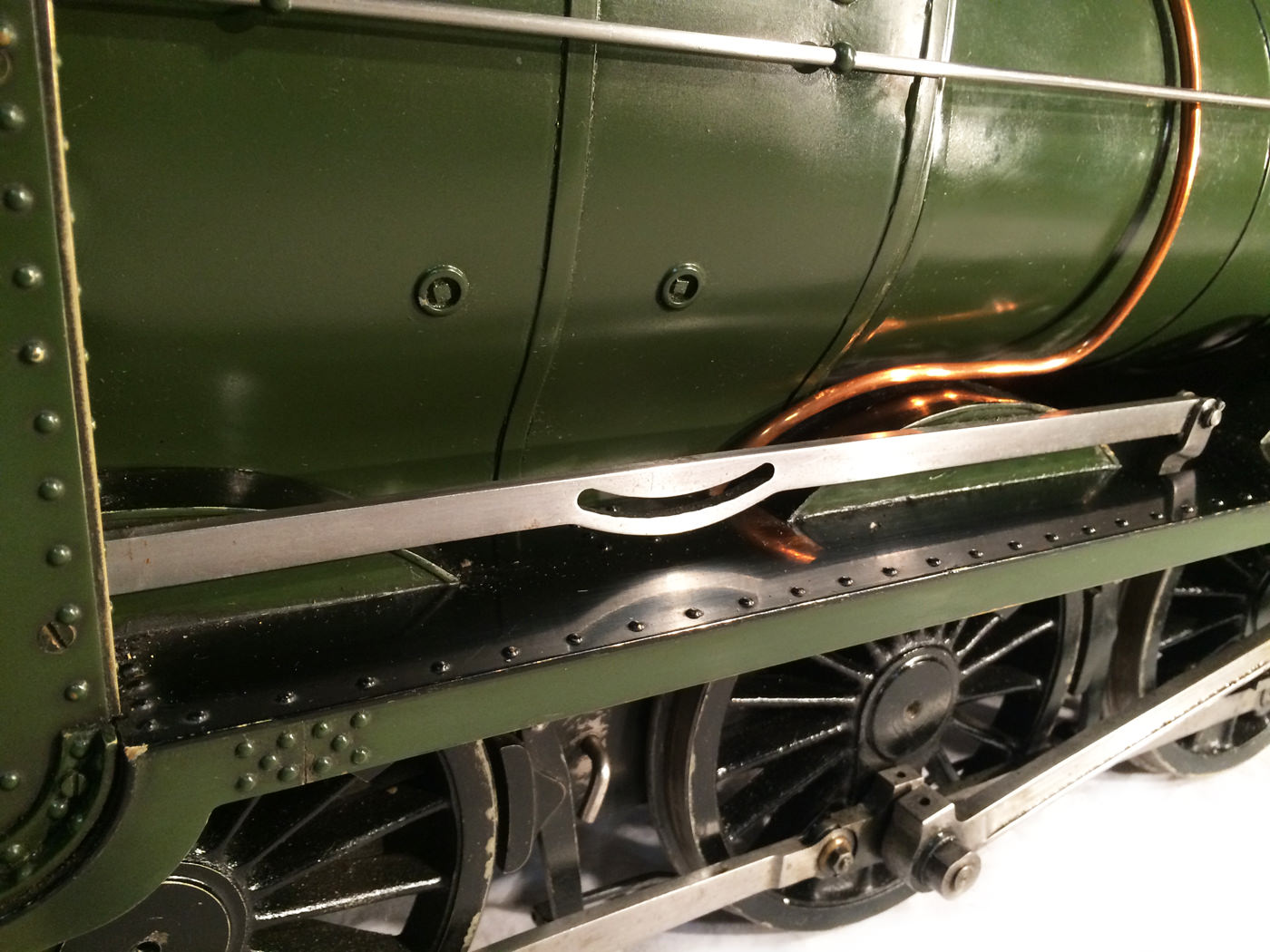 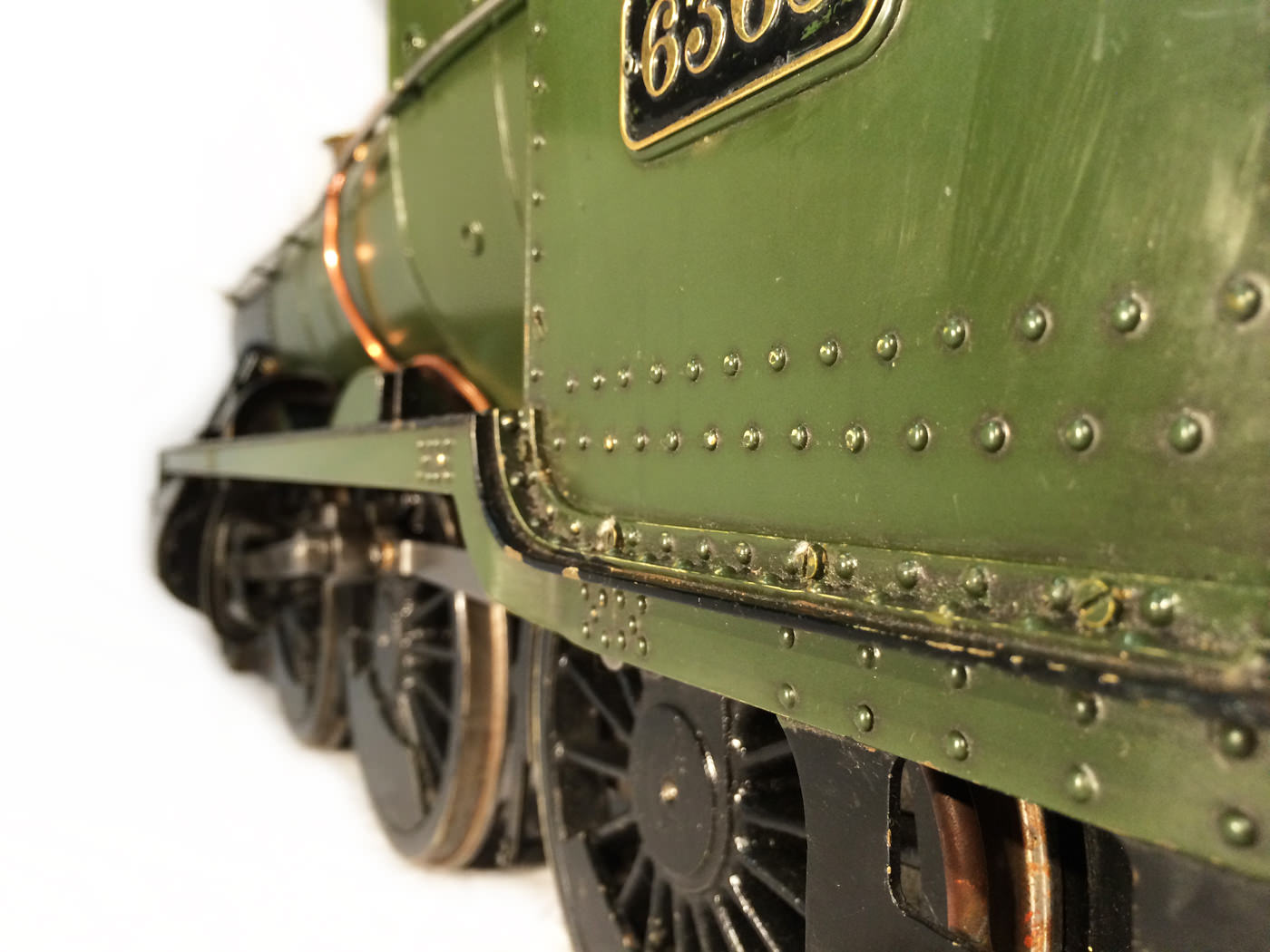 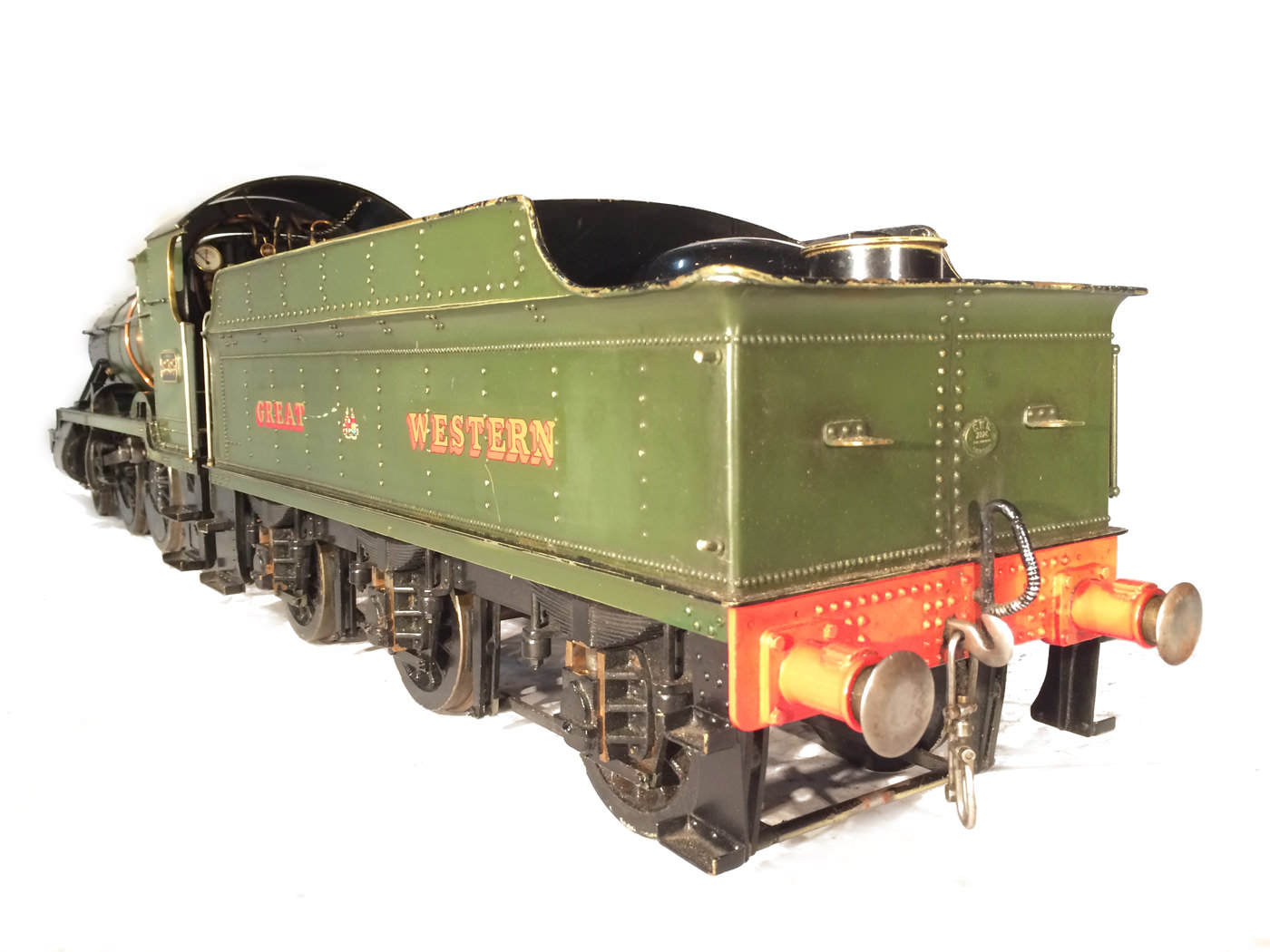