Here we have a very nicely done 5" GWR King class locomotive, 6015 'King Richard III'.  This one has seen very little running since it was completed a number of years ago, having been used mostly as a display model in a private collection.  Built to the Kieth Wilson design by a well respected model engineer (a friend of ours), but then passed on shortly after completion to a new owner.  Historically the Wilson design has a weak spot in the crank axle, the general robustness around this area being a little on the weak side, and originally this model was no exception.  It's general lack of use since completion was we think due to the crank webs working immediately a little loose, causing the front set of driving wheels to flex and occasionally drop in between the rails.  We have addressed this issue in the workshops, dropping the driving axle out and re-working the original design to add the missing solidity, so ultimately this models 'achilles heal' has become it's saving grace, meaning it is offered here now ready to play with far less previous use than it would otherwise have had.

Currently painted very well in BR green livery, the model is fitted with two injectors and a hand pump in the tender.  Lubrication is mechanical and there's a decent sized reservoir tucked under the running boards to make sure that you're not stopping every 5 minutes.  This is a superb looking model, and we will be uploading a video of it running very shortly to show you how good it looks at speed!

This is a nicely detailed, tidy and ready to play King.  If you'd like any more information please don't hesitate to give us a bell on 07816 963463. 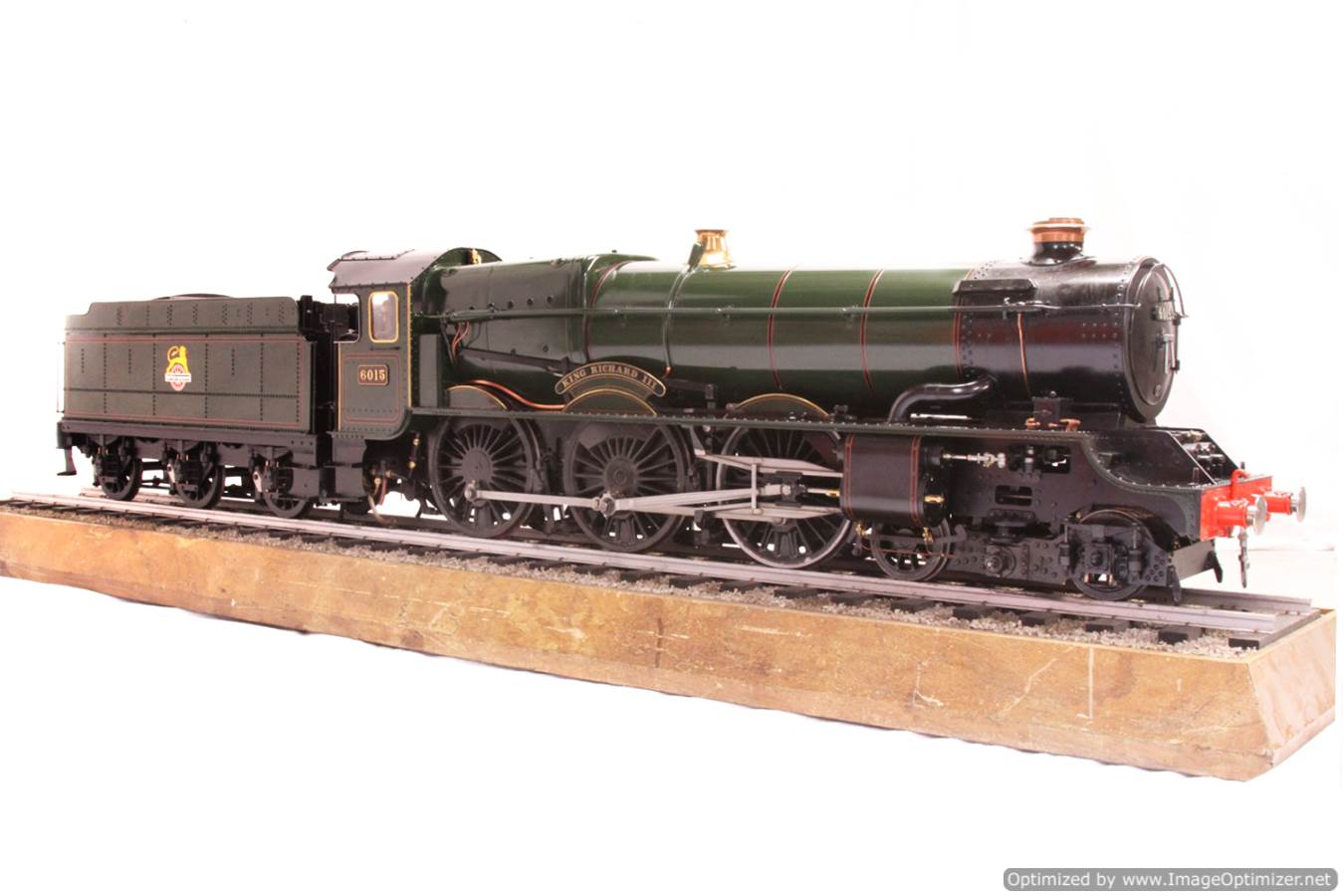 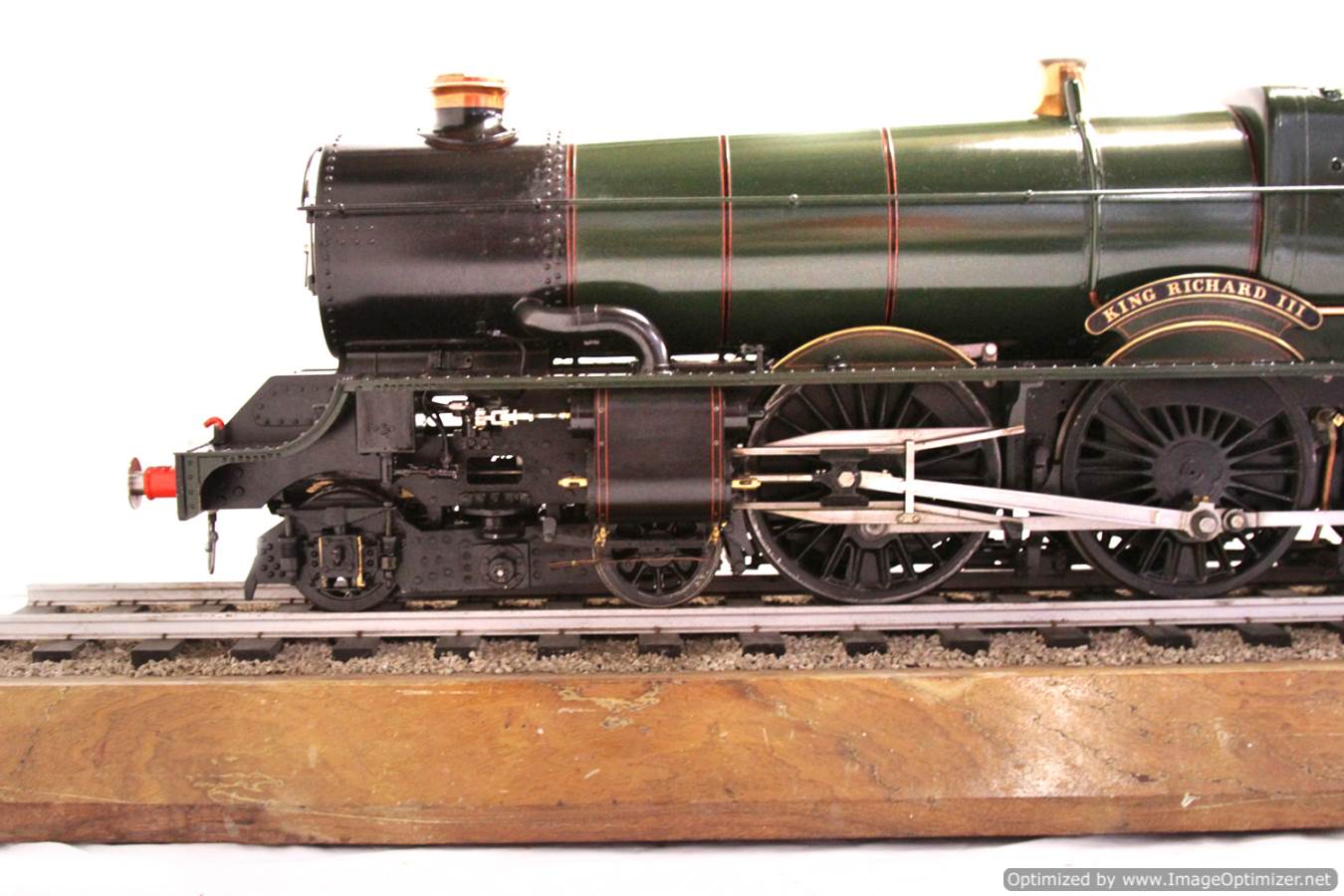 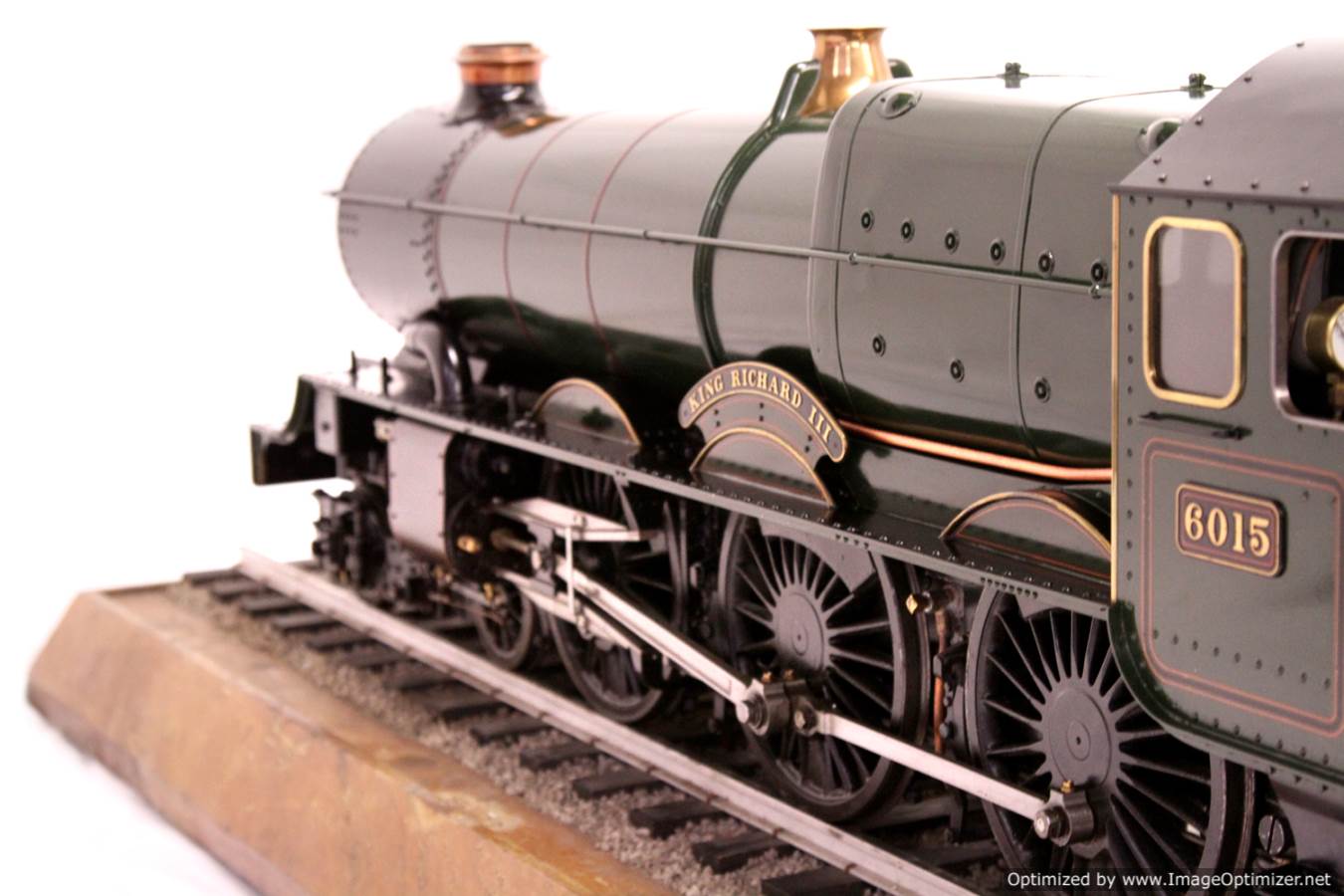 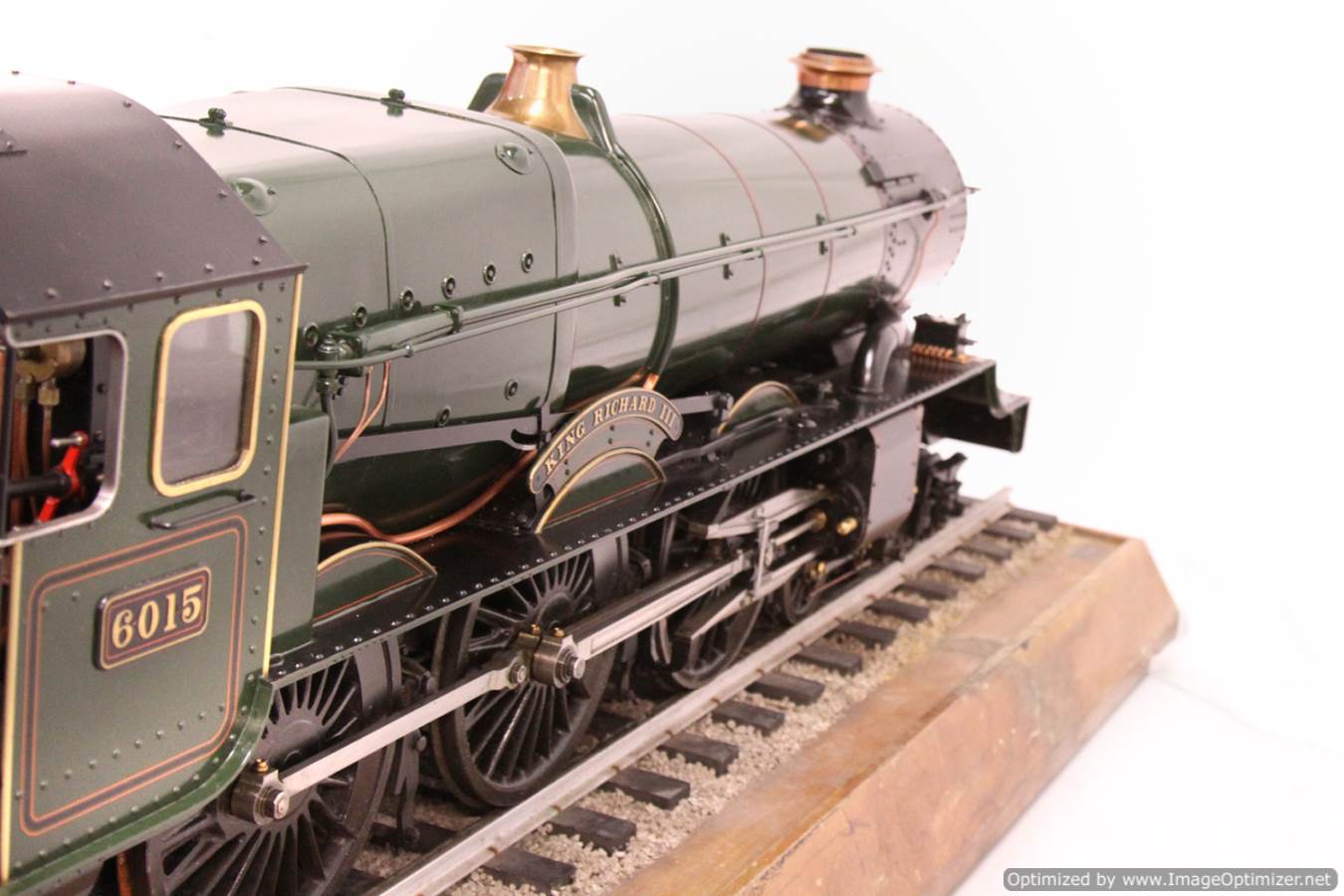 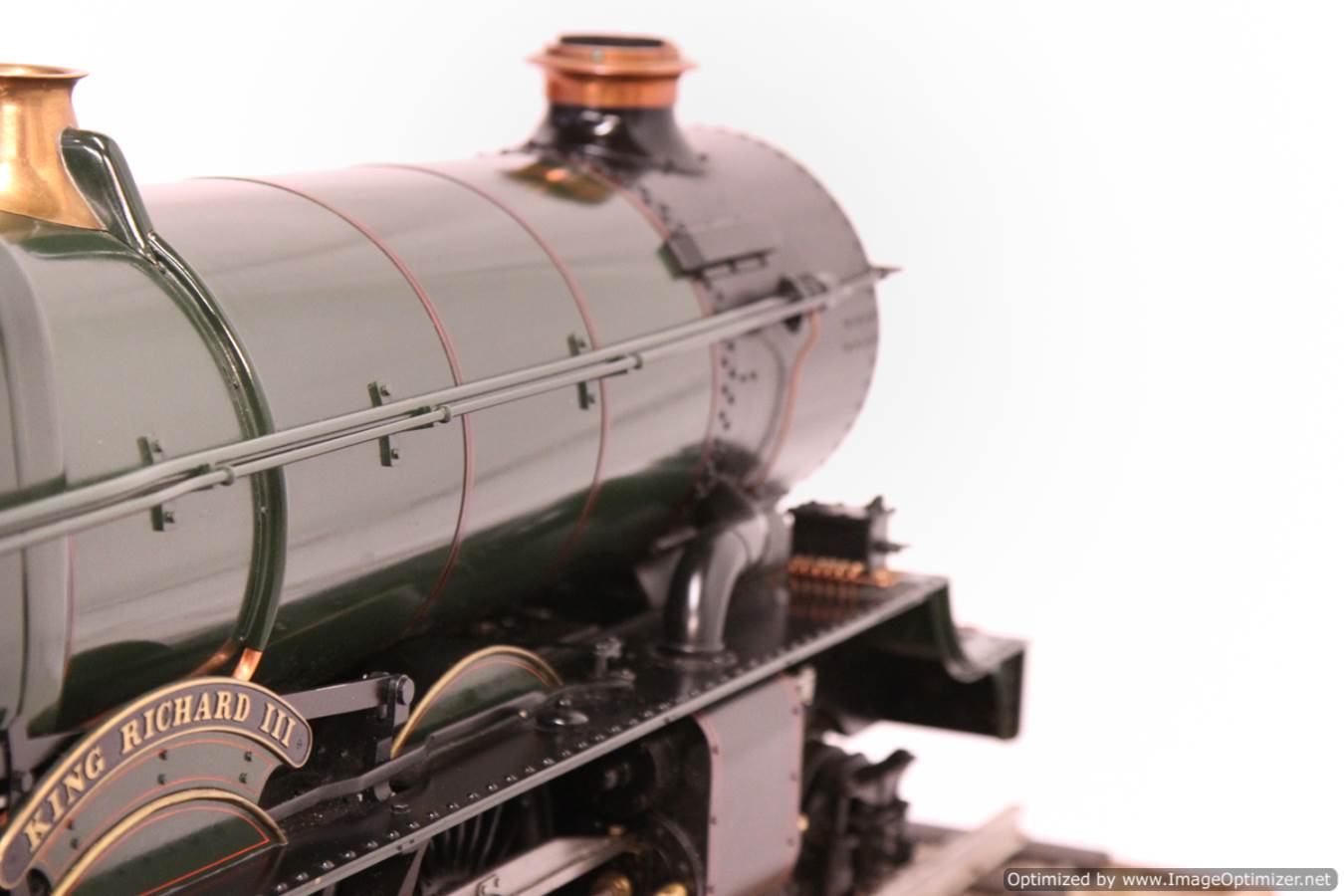 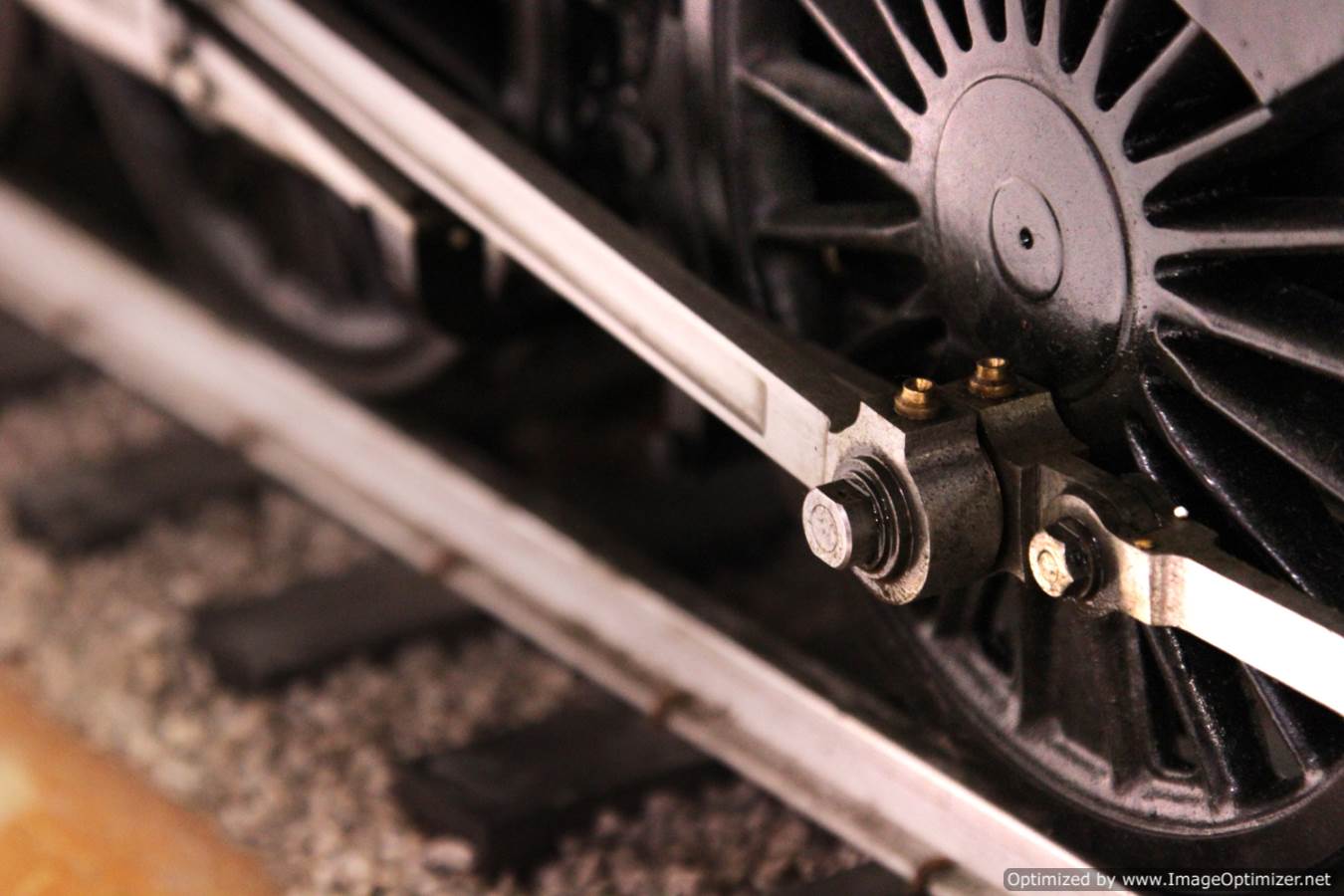 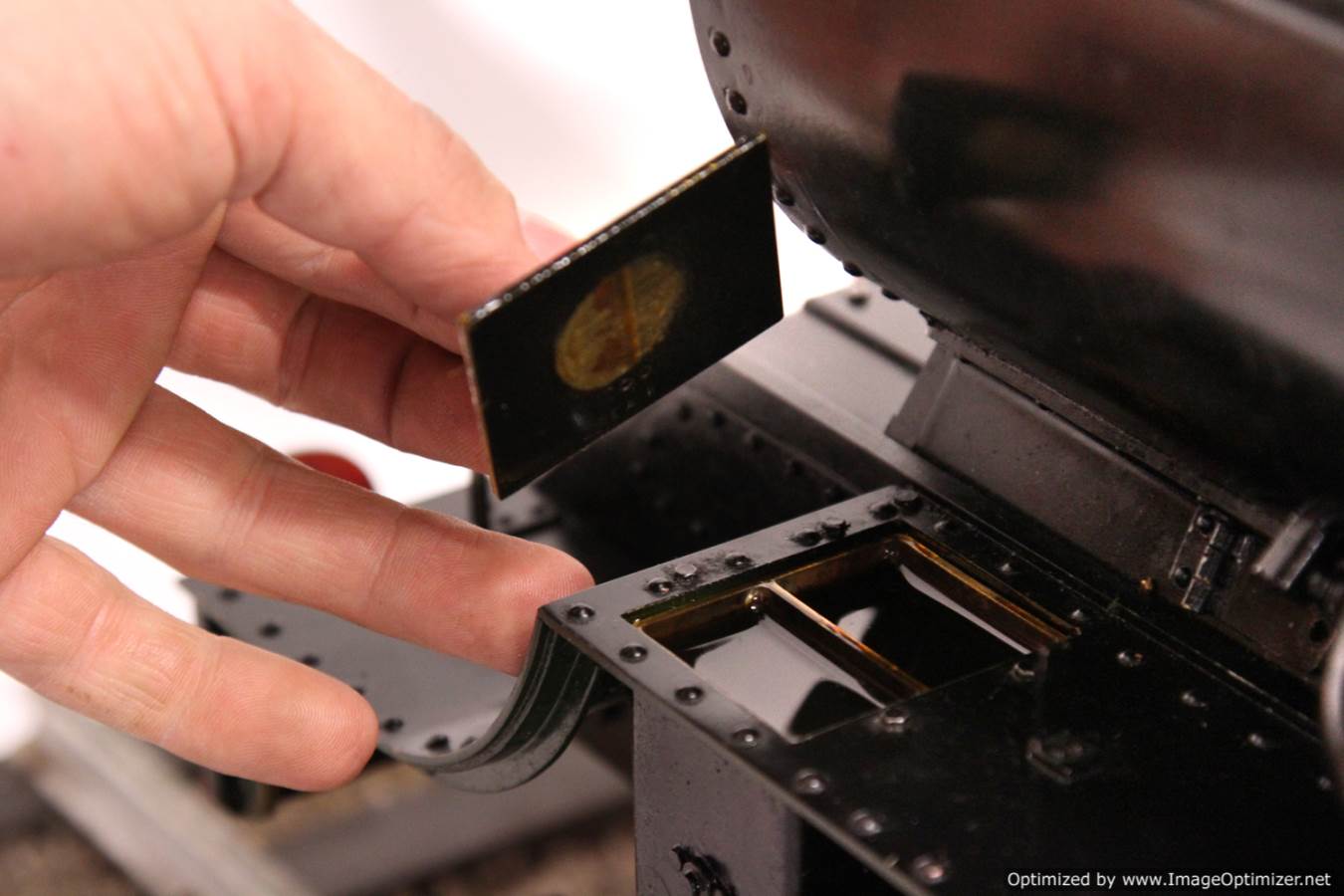 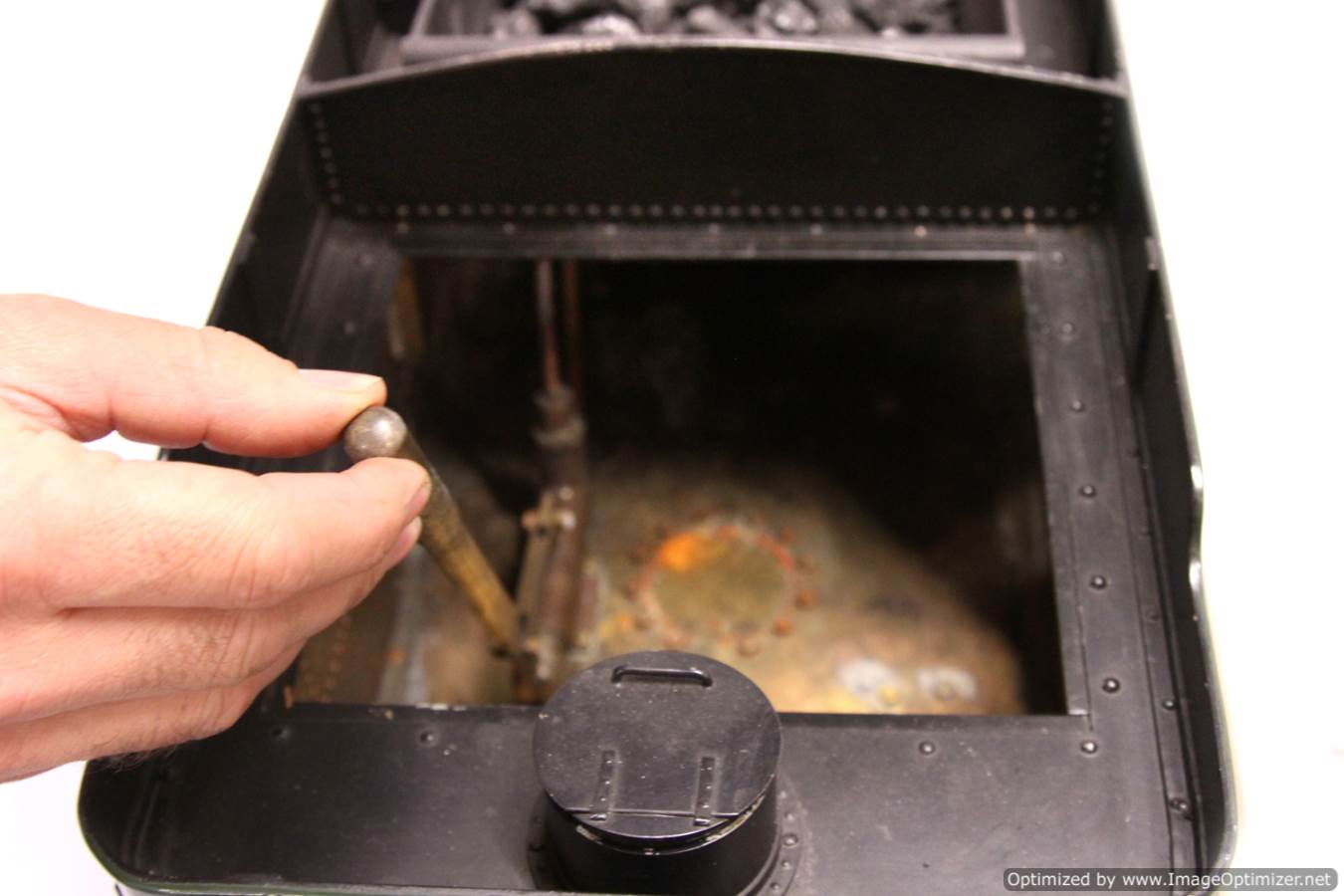 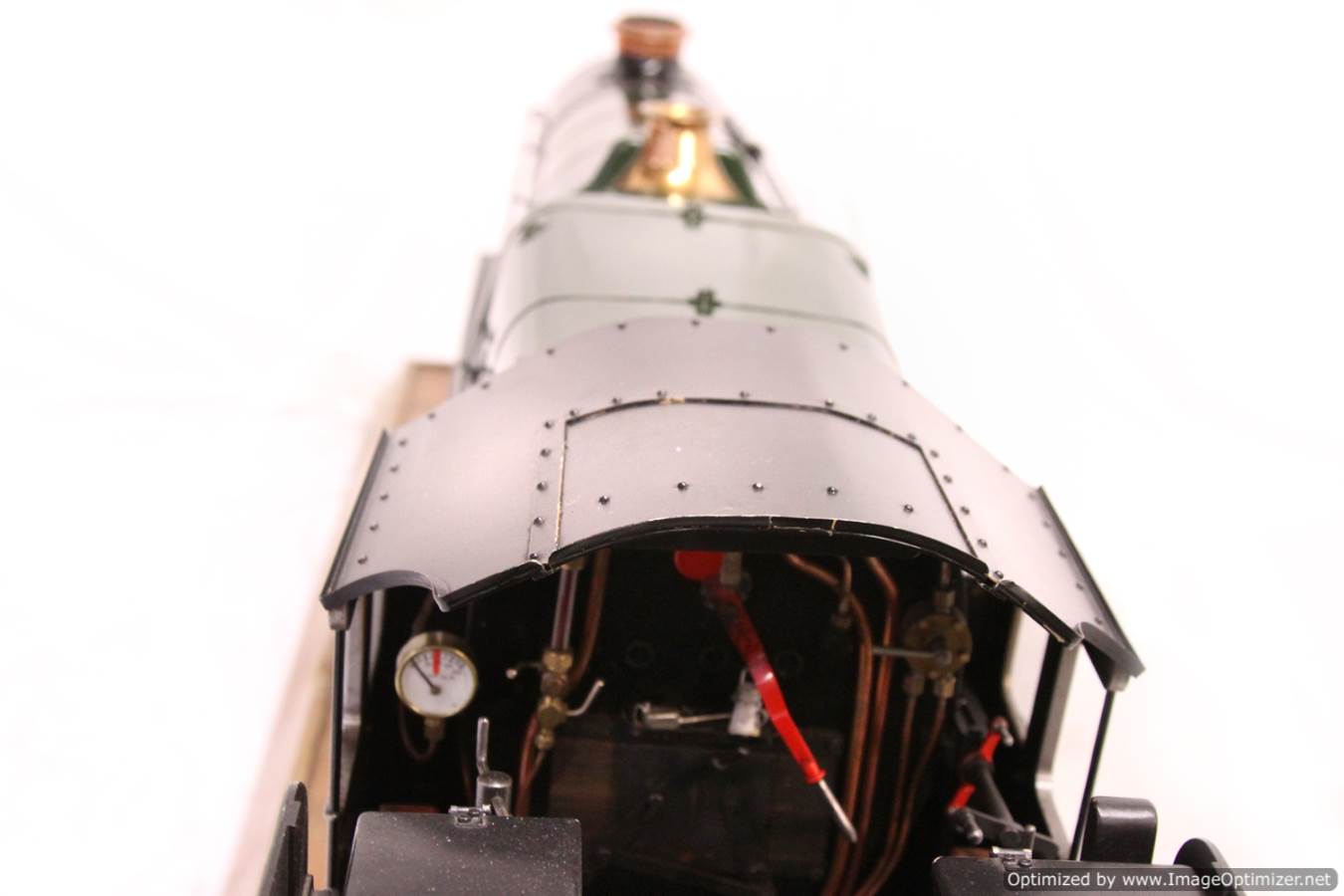 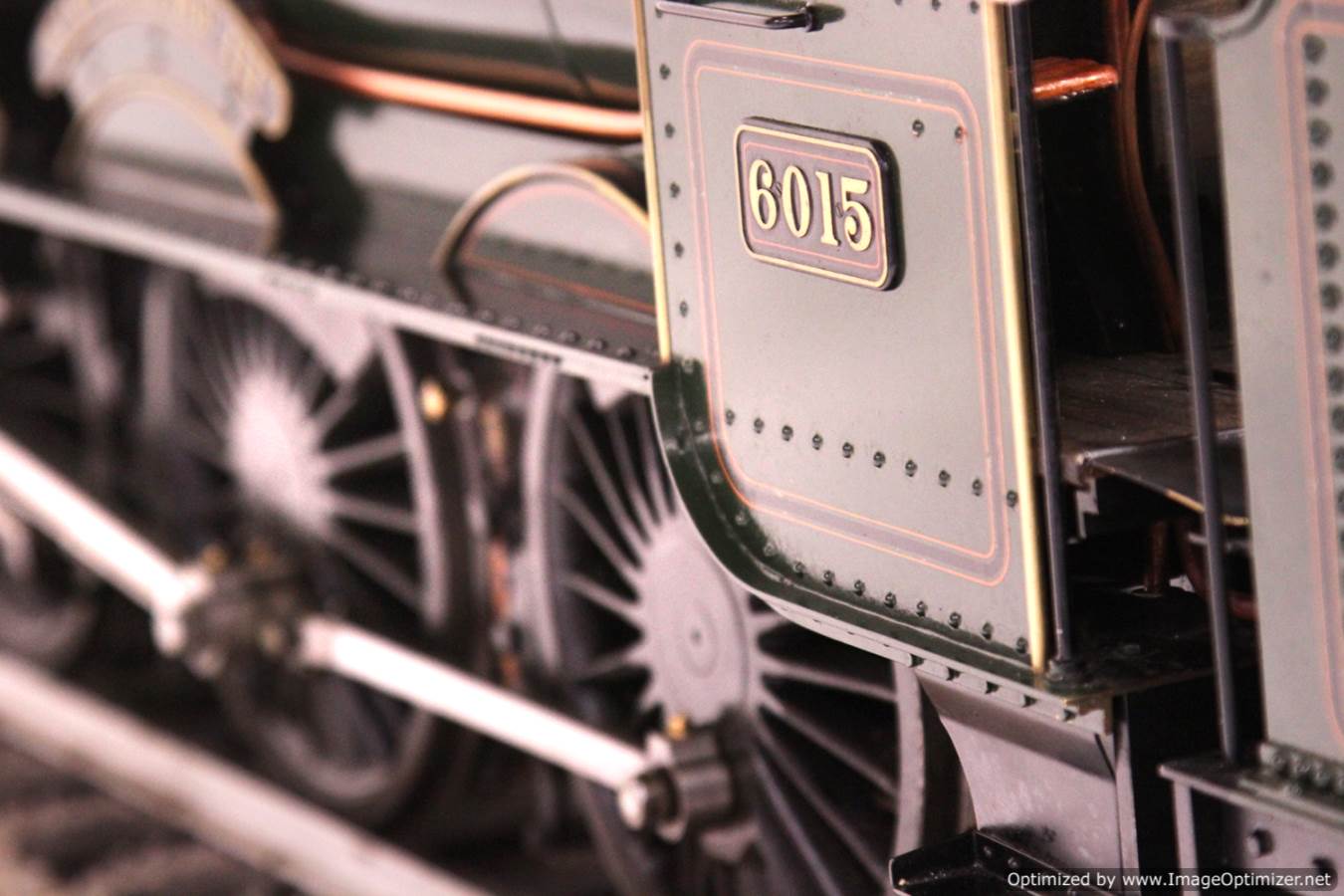 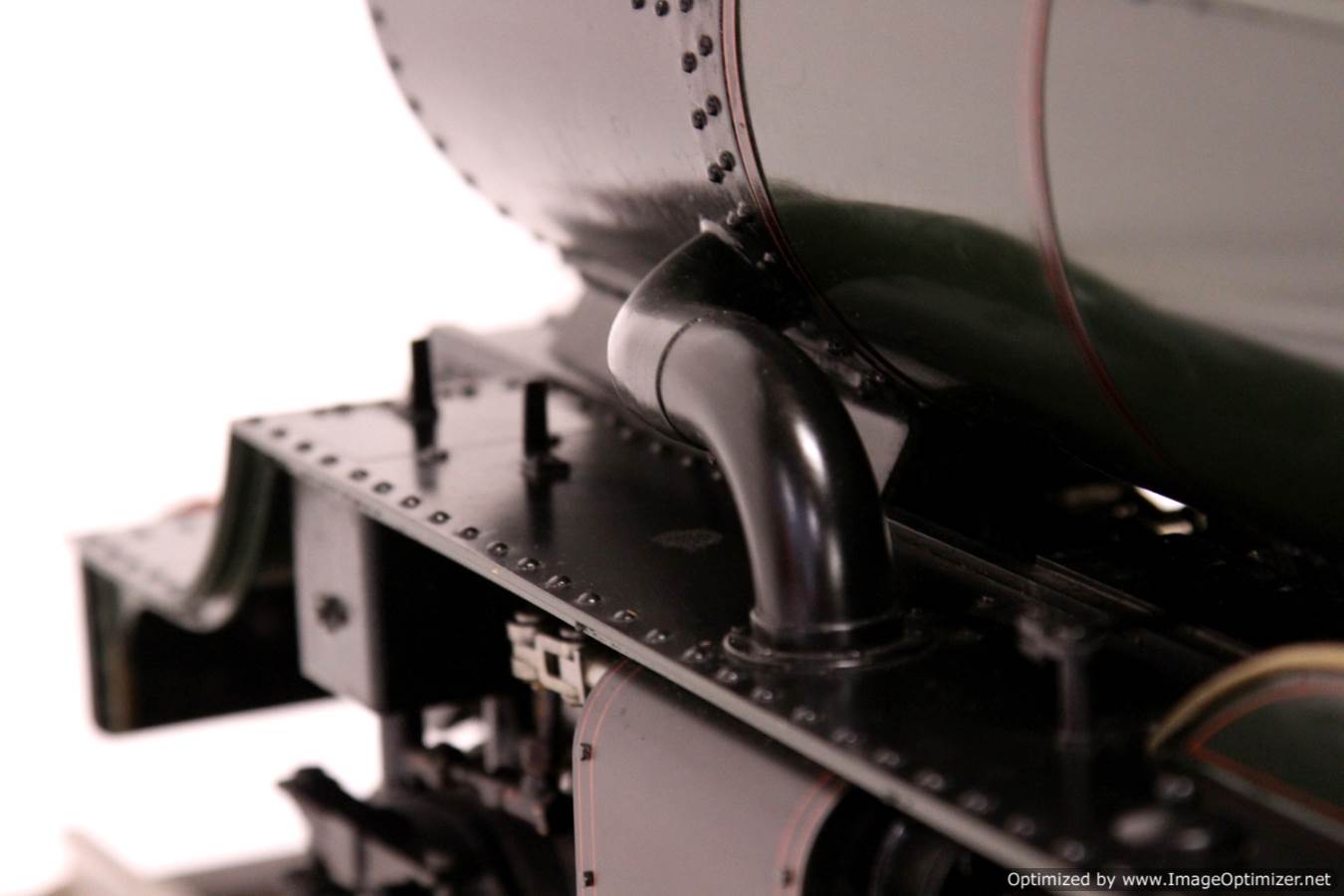 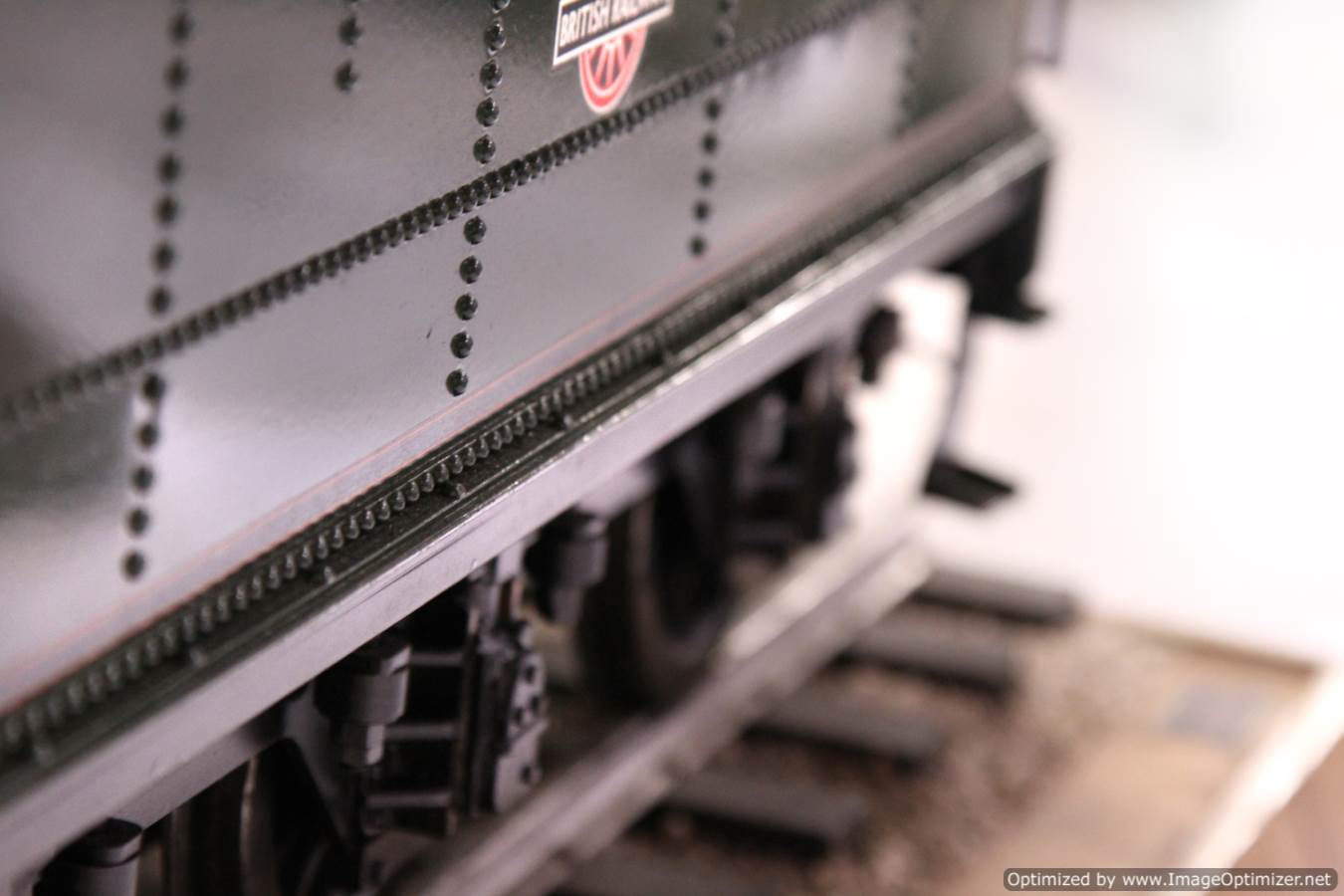 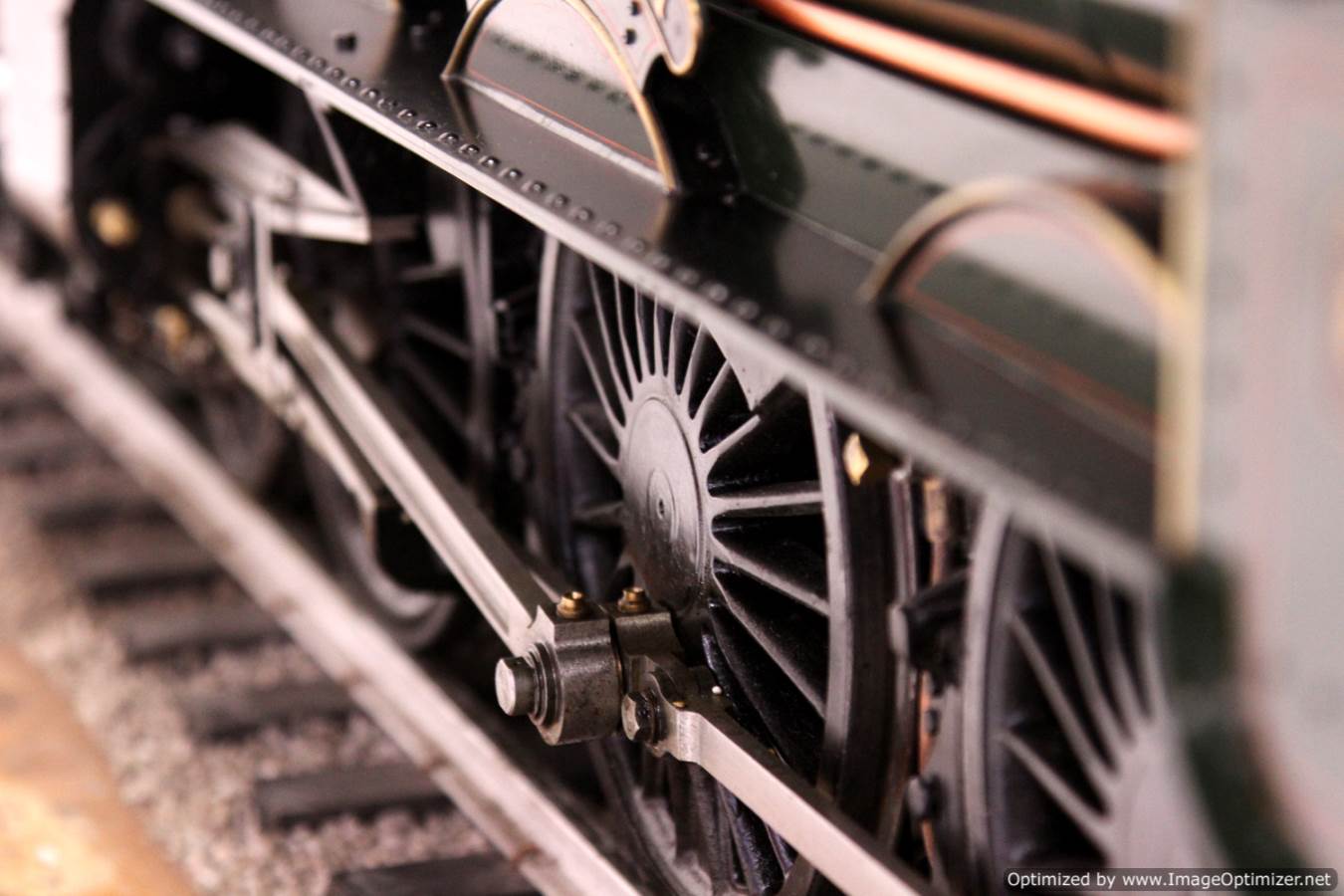 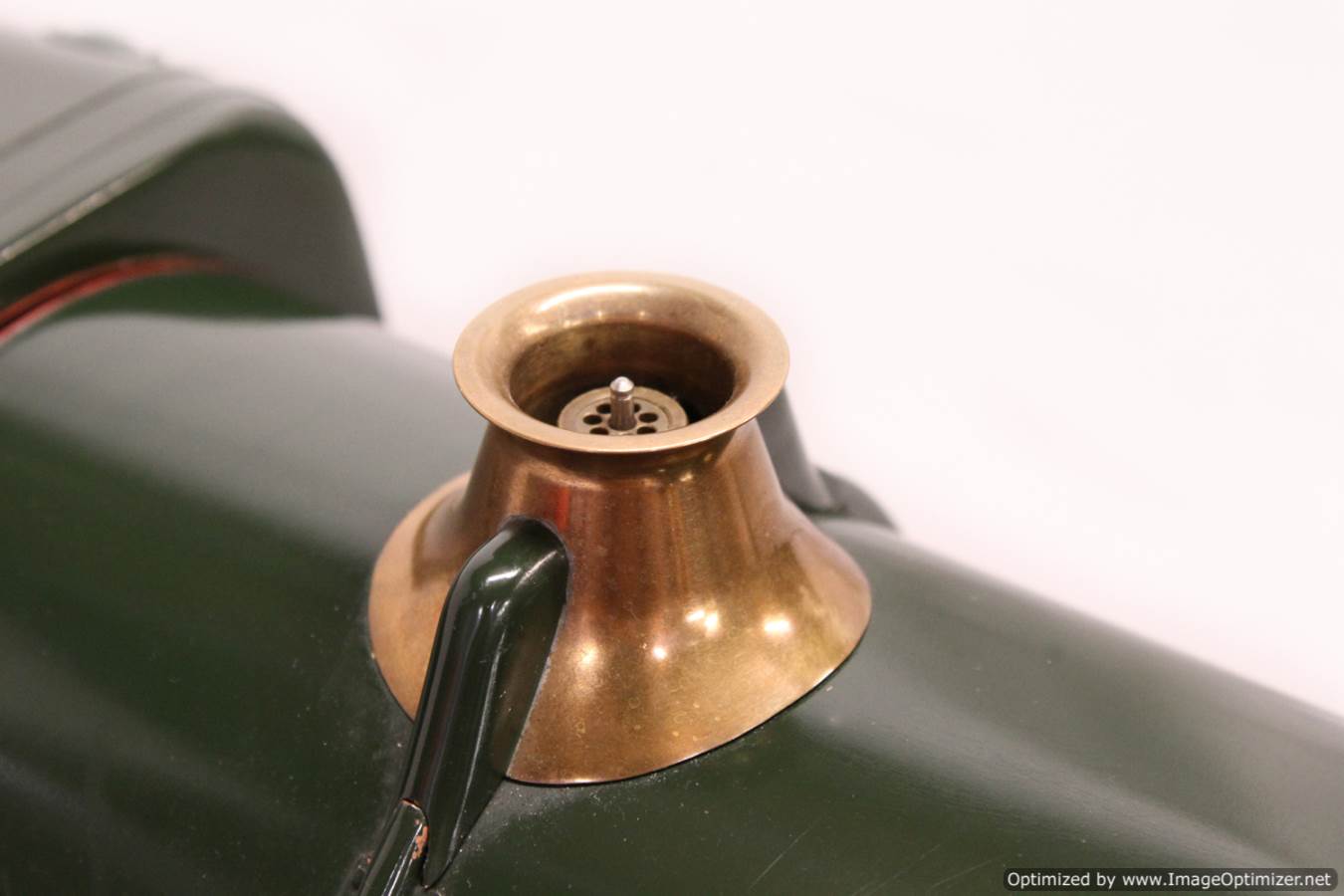 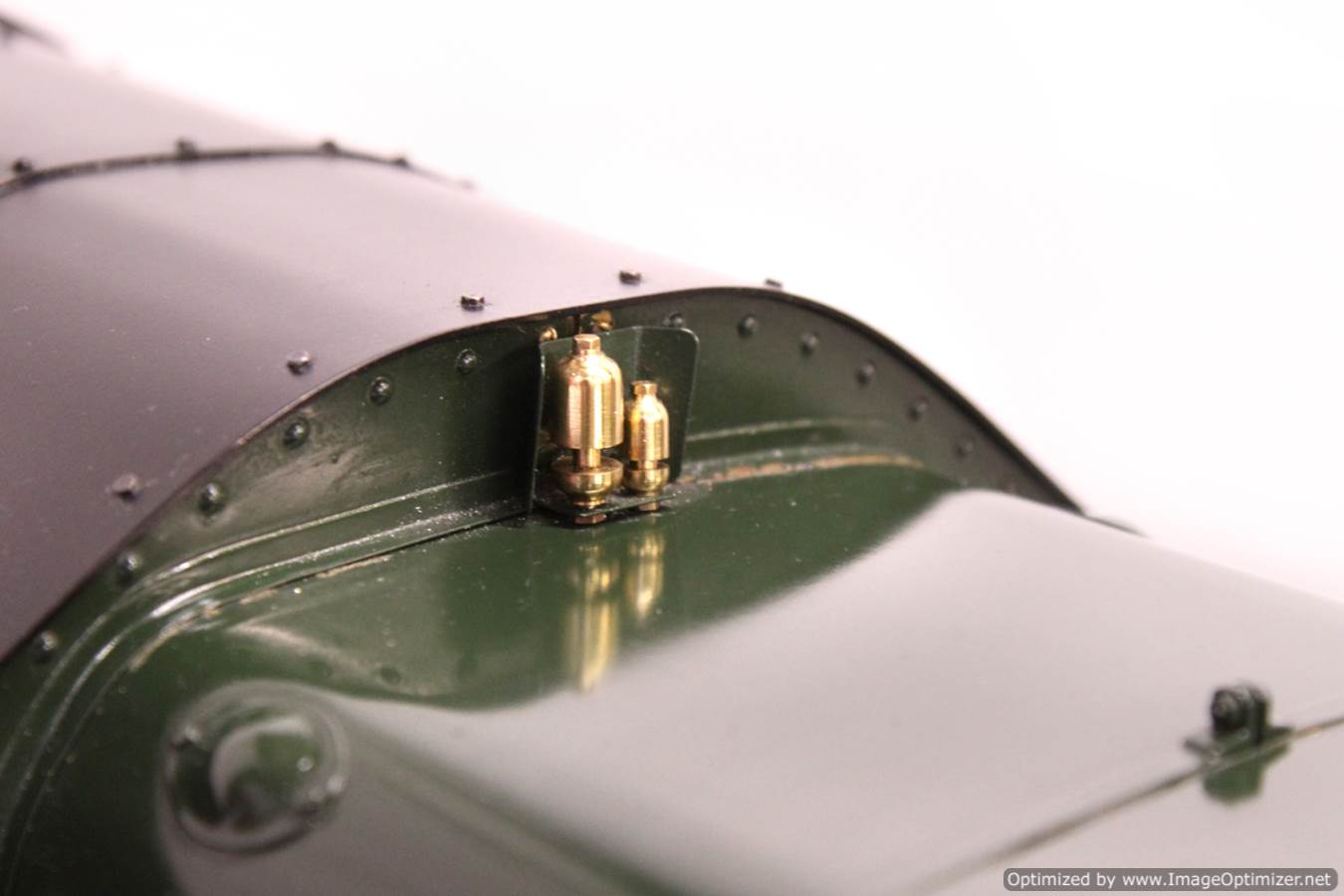 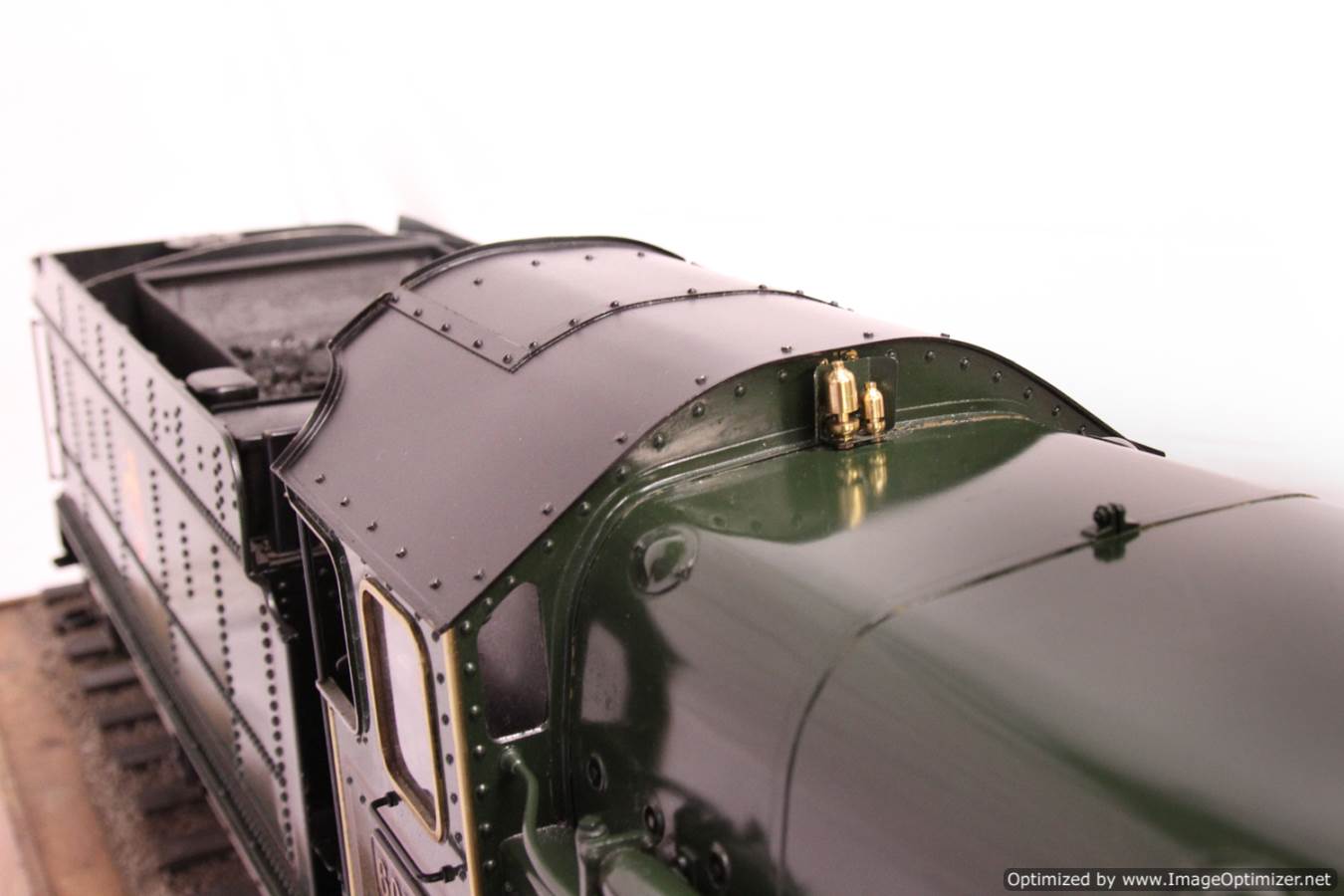 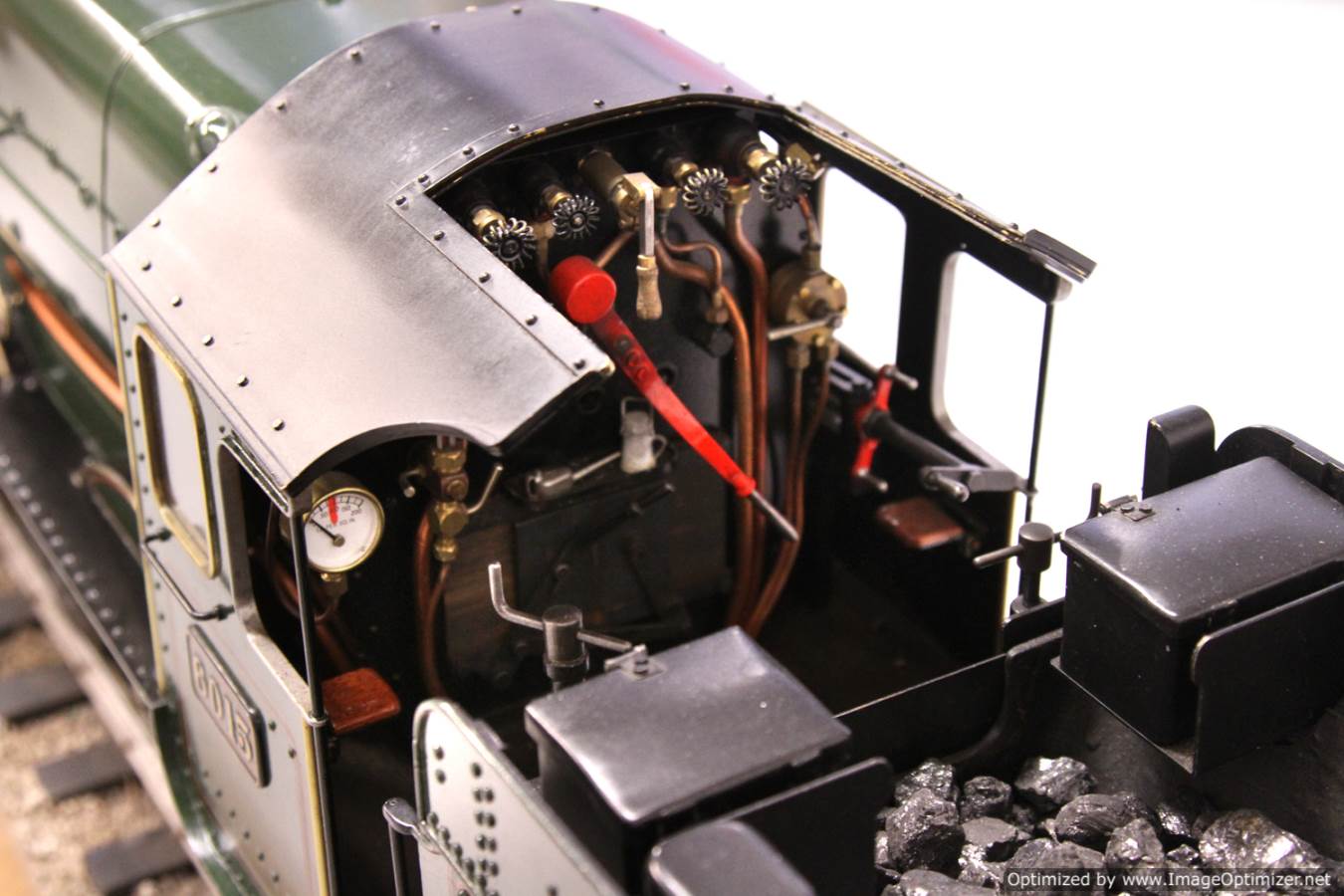 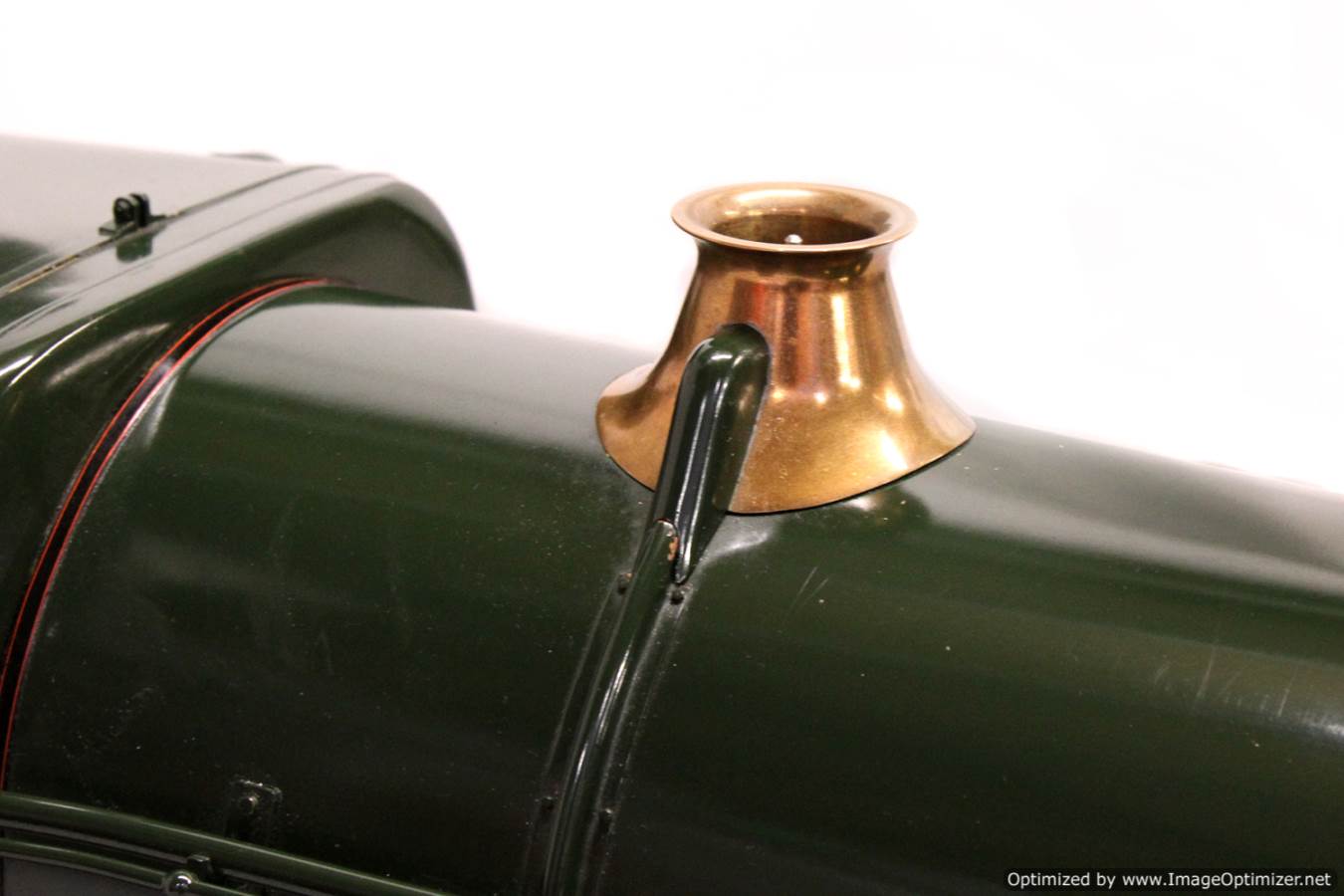 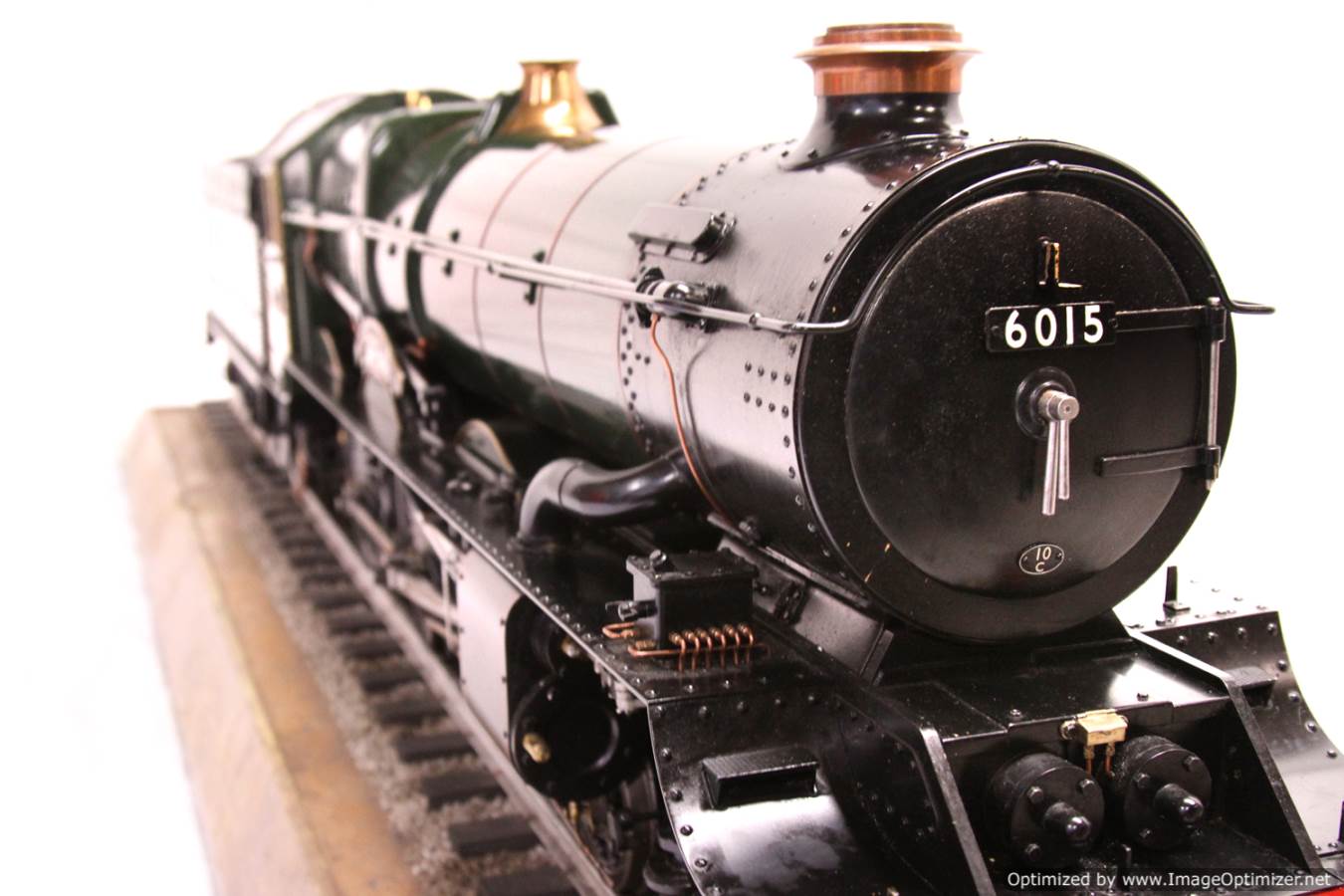 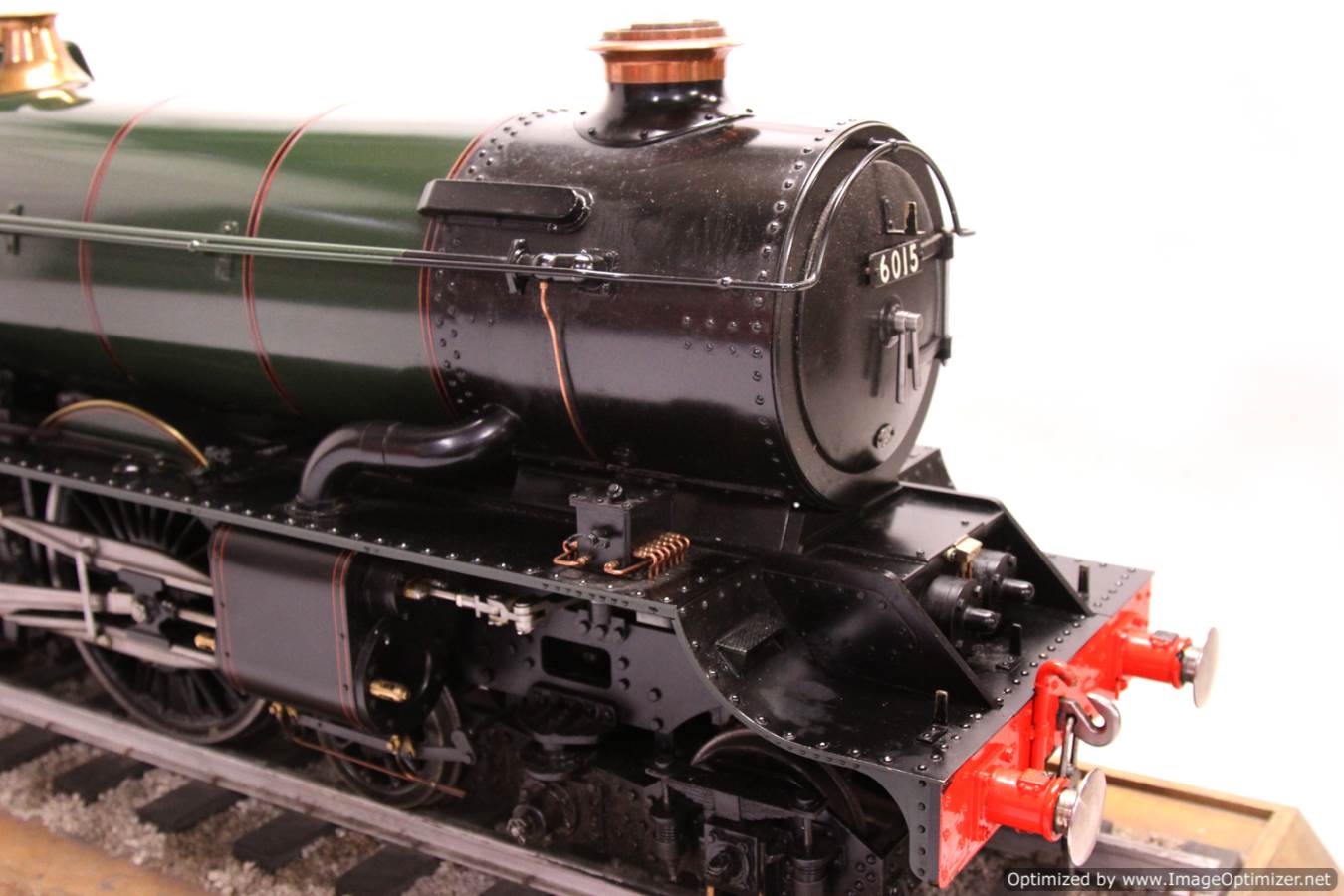 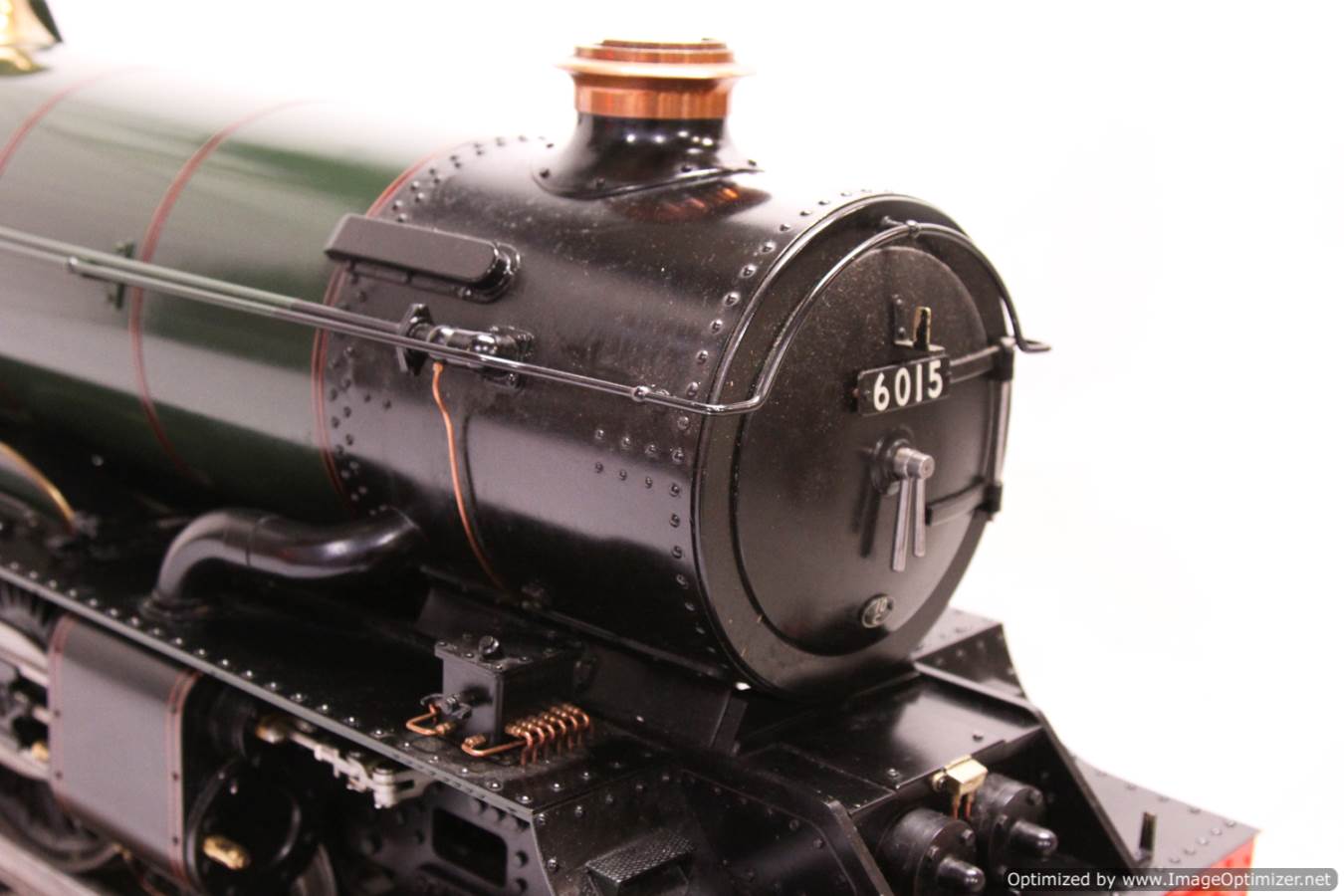 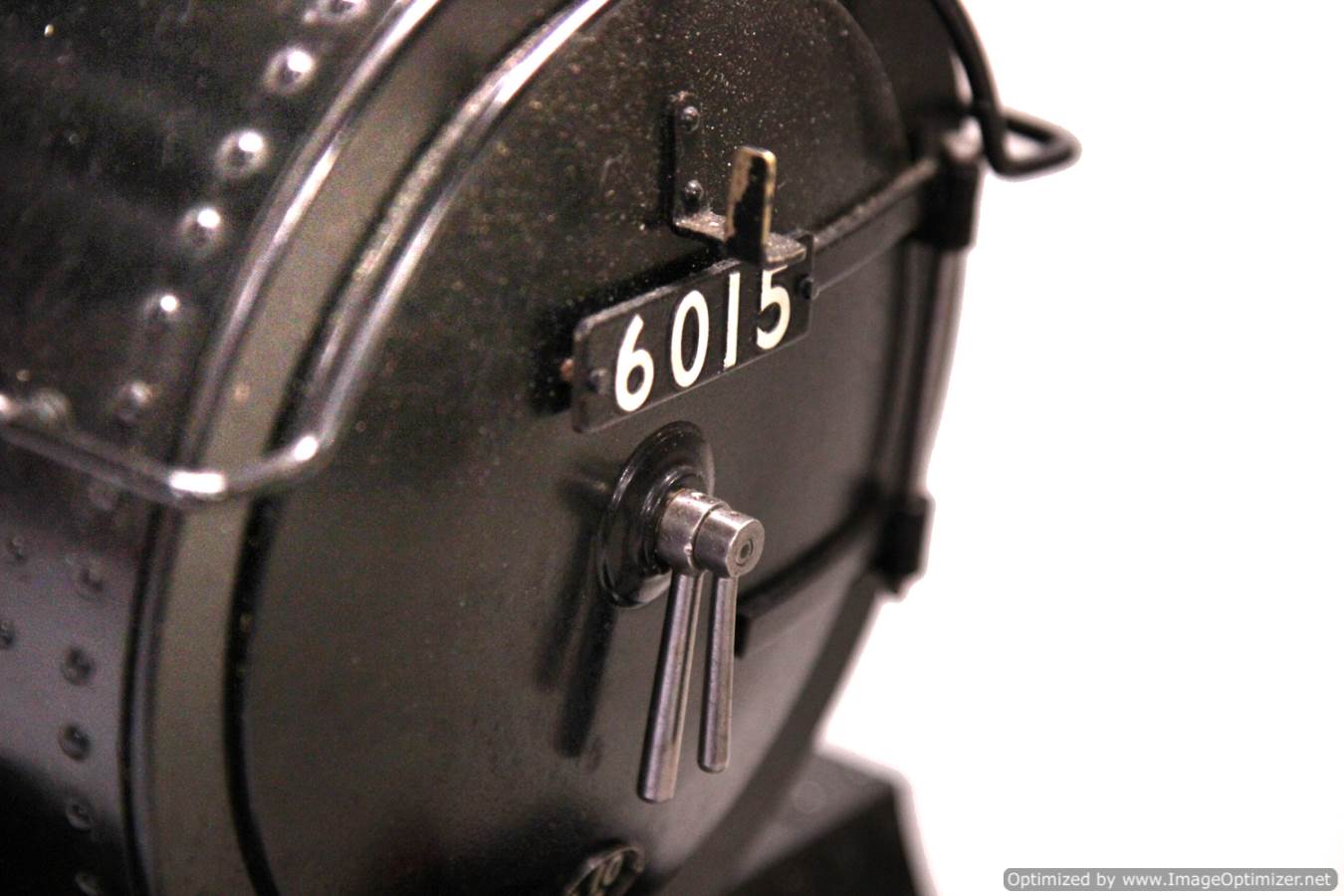