Here we have a bit of a project locomotive in the form of a 5" gauge Isle of Man Beyer Peacock 2-4-0 tank 'Crelin'.  A strange beast this one.  So oily and mucky when she arrived with us that she's clearly been a good runner, but judging by the surface rust here n there over the paintwork she's been sitting for some time.  We've included a couple of photographs of the loco in her former glory.

Mechanically she's pretty simply and robustly made, and it's difficult to tell if the motion work is worn, or if it was built with a bit of slop in it in the first place!  It looks like it'll run well enough, but if you don't like the odd clank it would be worth a bit of re-bushing here n there!  There is a huge lump of lead under the cab floor too, so the builder wanted the thing to grip the rails!

The boiler!  It looks solidly made and soundly made, and is silver soldered copper,.... but it's a weird little design!  The firebox is oval, as you can see from the photographs, and there is one large flue tube, down which the main steam pipe from the regulator heads, (having passed literally through the fire hole door to get there!) and then doubling back on it's self several times to form essentially a superheater.  It's currently missing the ashpan and grate but that's a fairly easy thing to make.  If the model wasn't so clearly well used, we'd bet against the boiler being man enough for the task in that format, but it's clearly done plenty of running, so it obviously does what it should, if through a pretty unconventional route!   There is an injector fitted as well as a big hand pump in the cab/tank.  Lubrication is a simple displacement pot in the cab.

To sum up, this is definitely a 'project' loco, and you're going to have to do at least a little work to bring her back to life.  But crude as she is in places, judging by the obvious signs of use, we bet you could shove in a grate and a fire and it would probably just run! 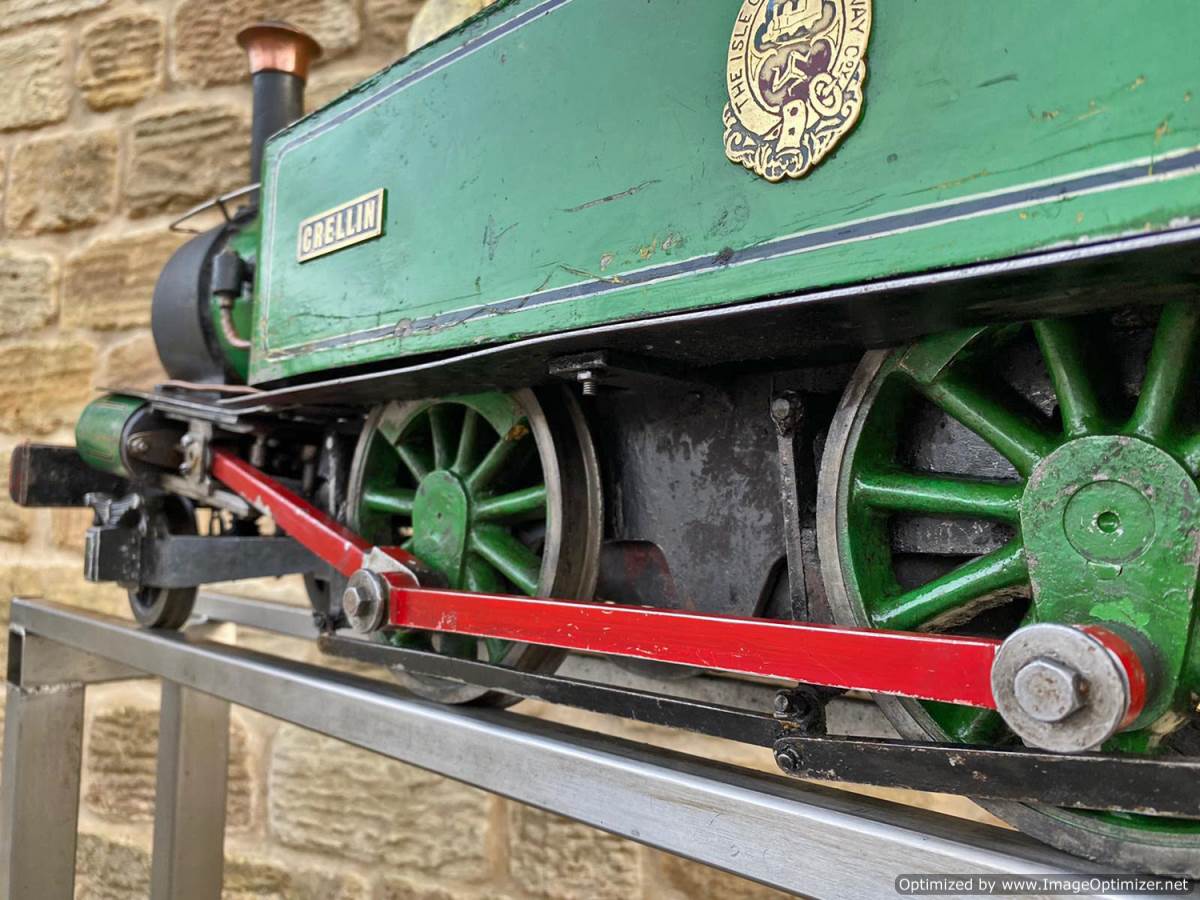 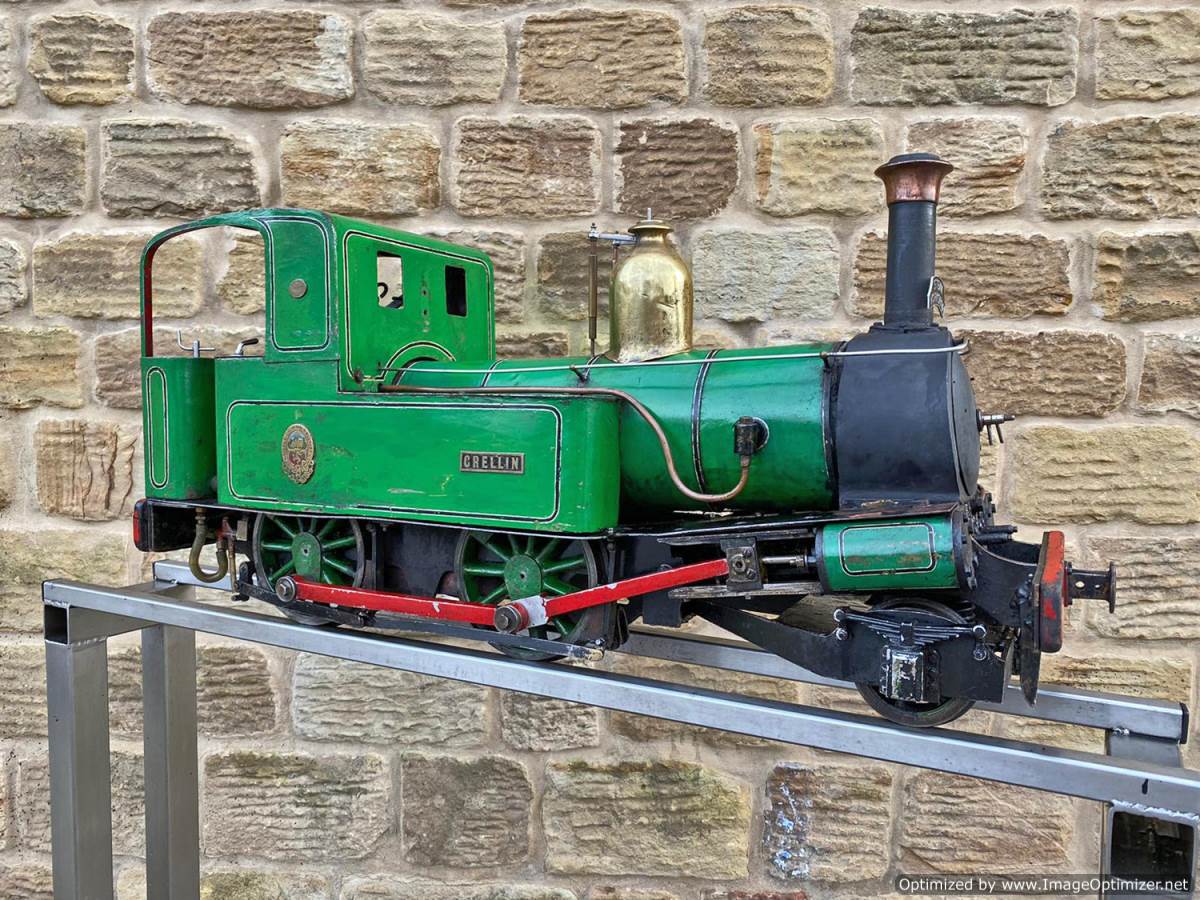 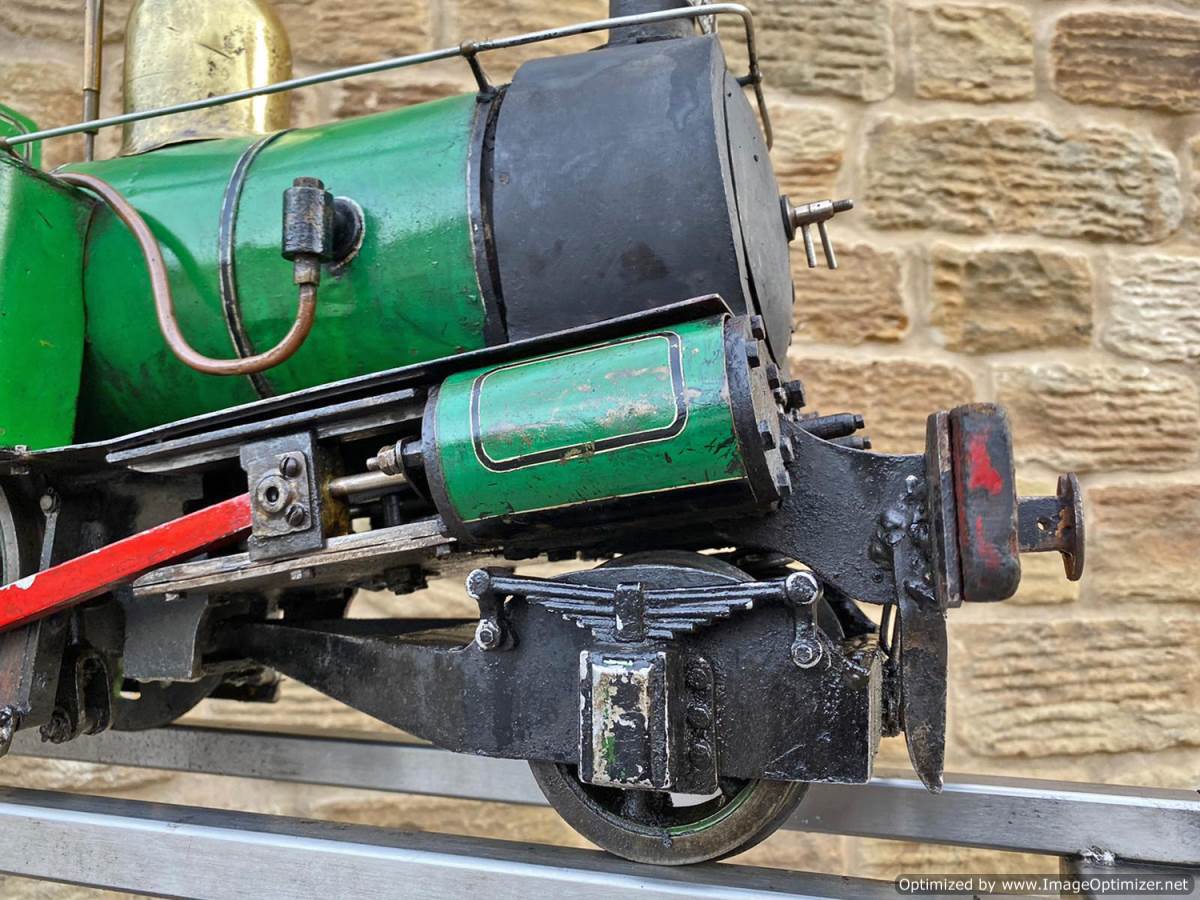 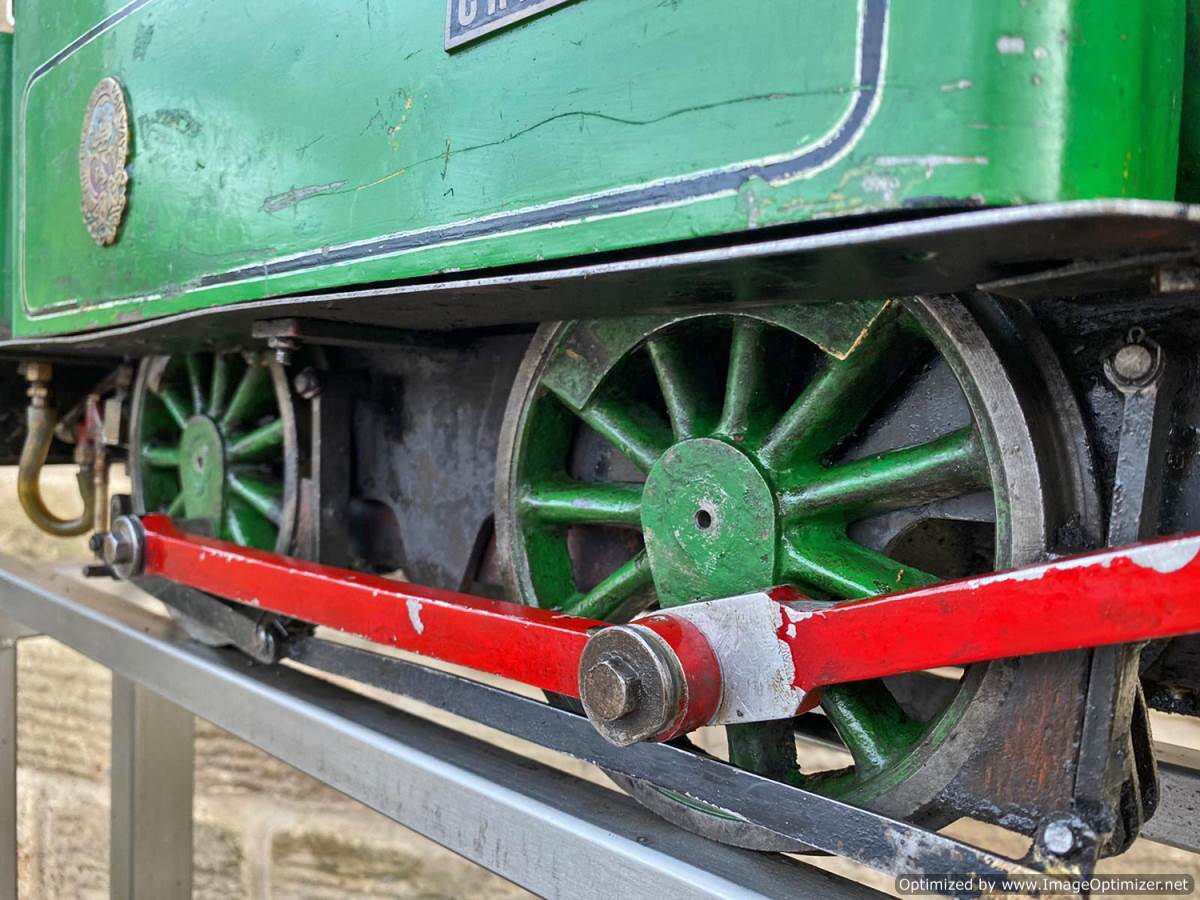 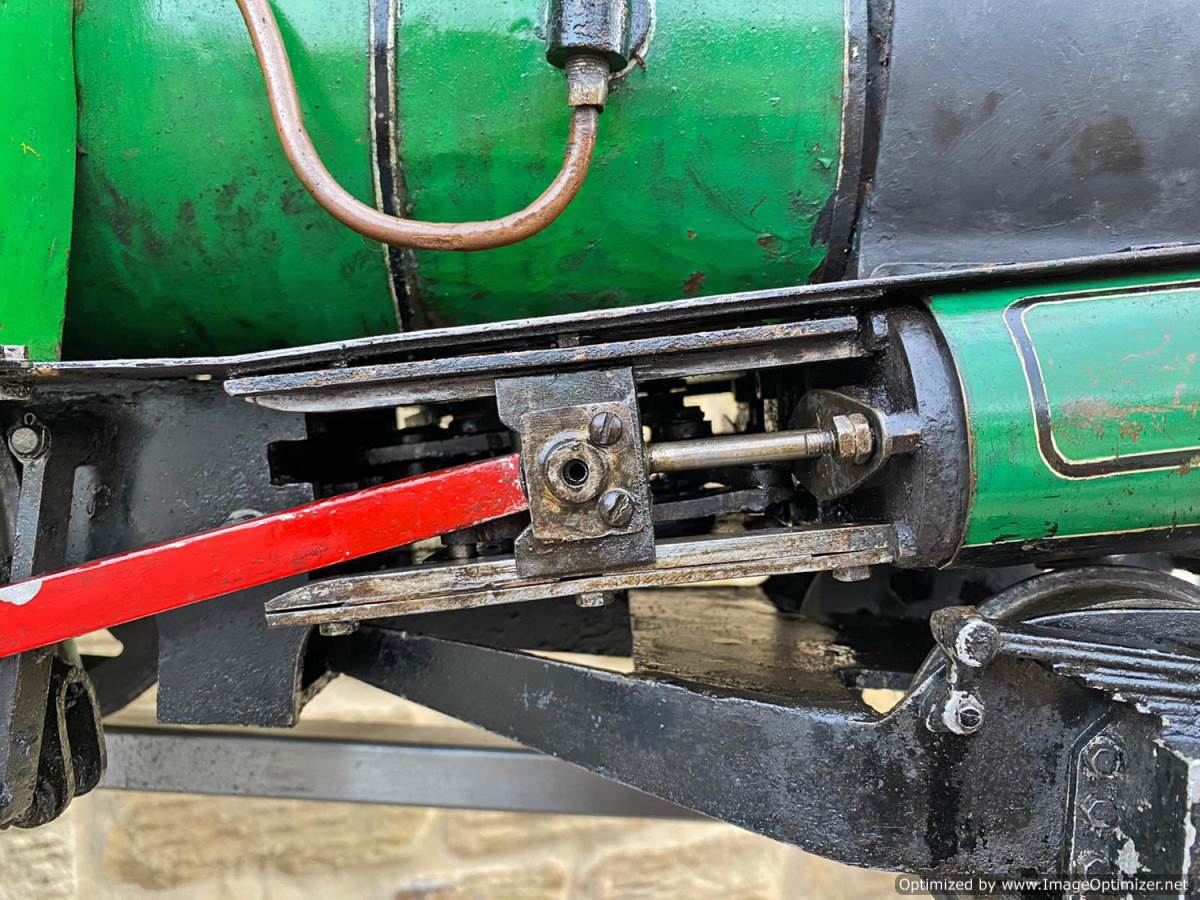 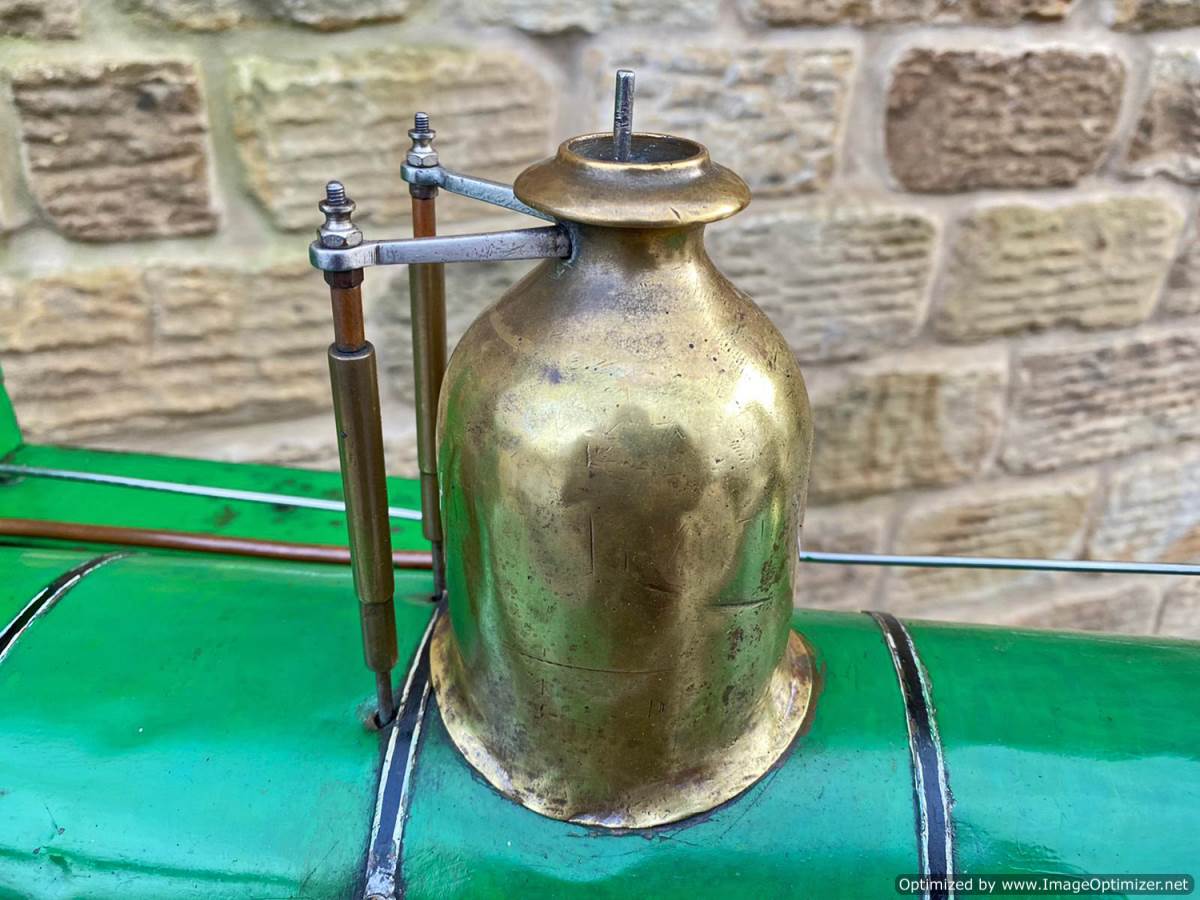 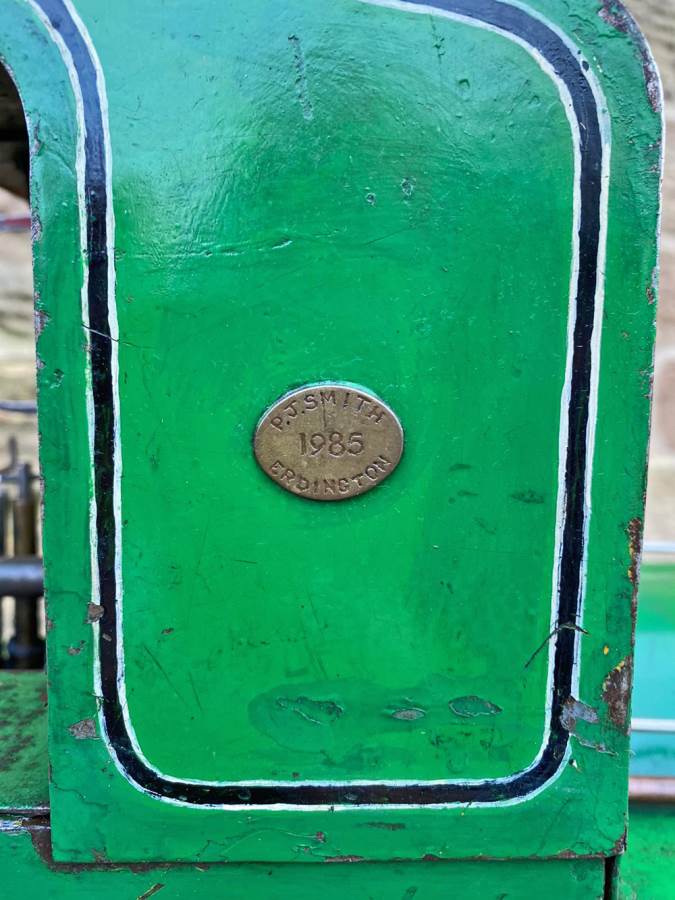 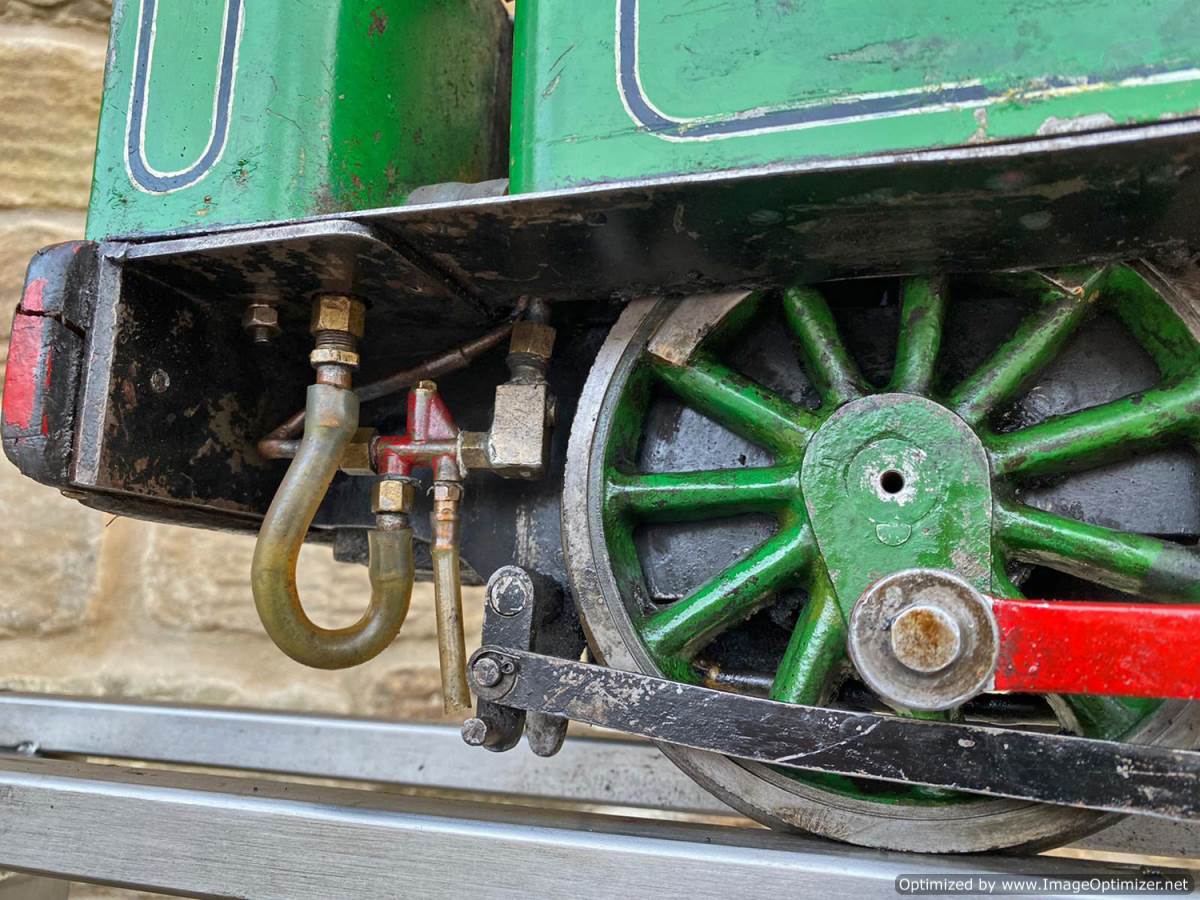 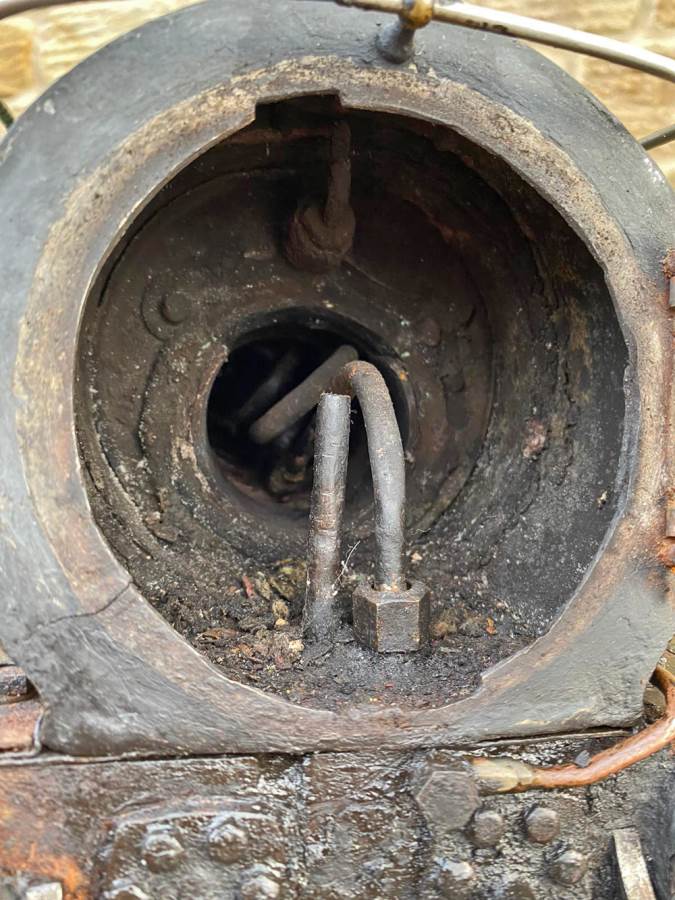 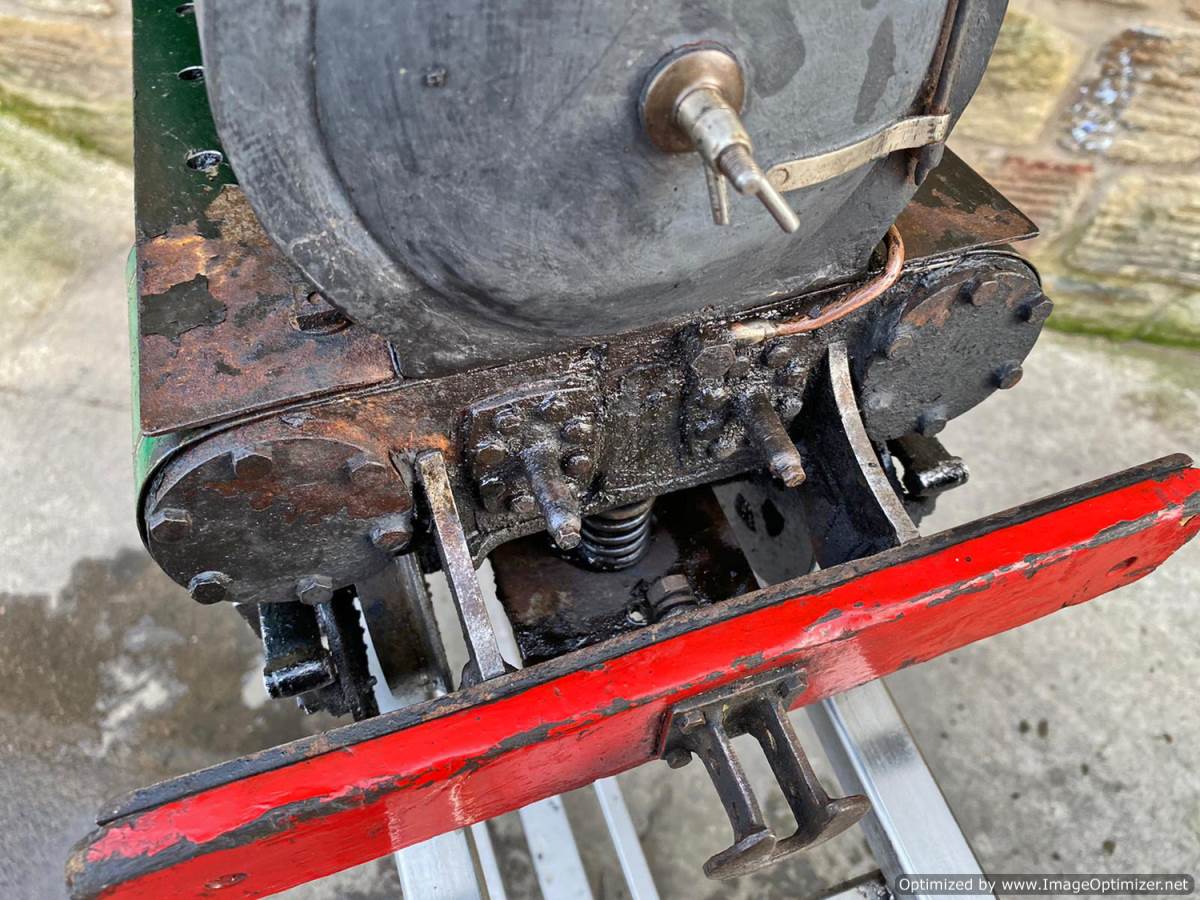 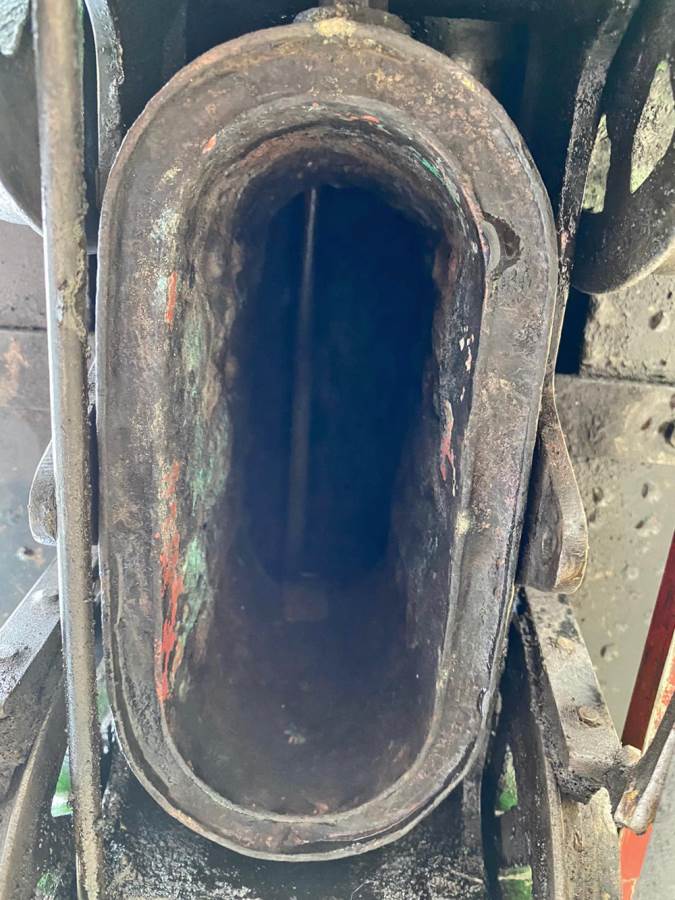 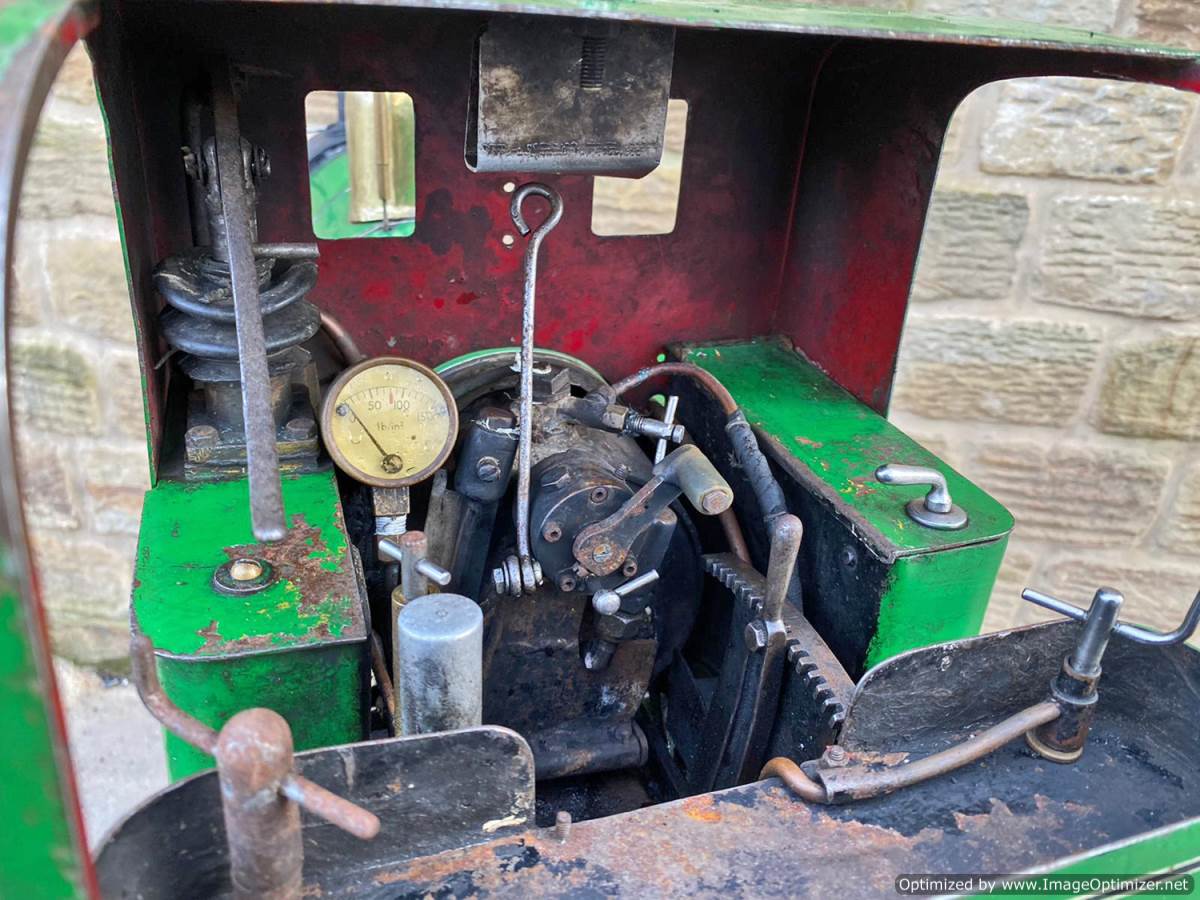 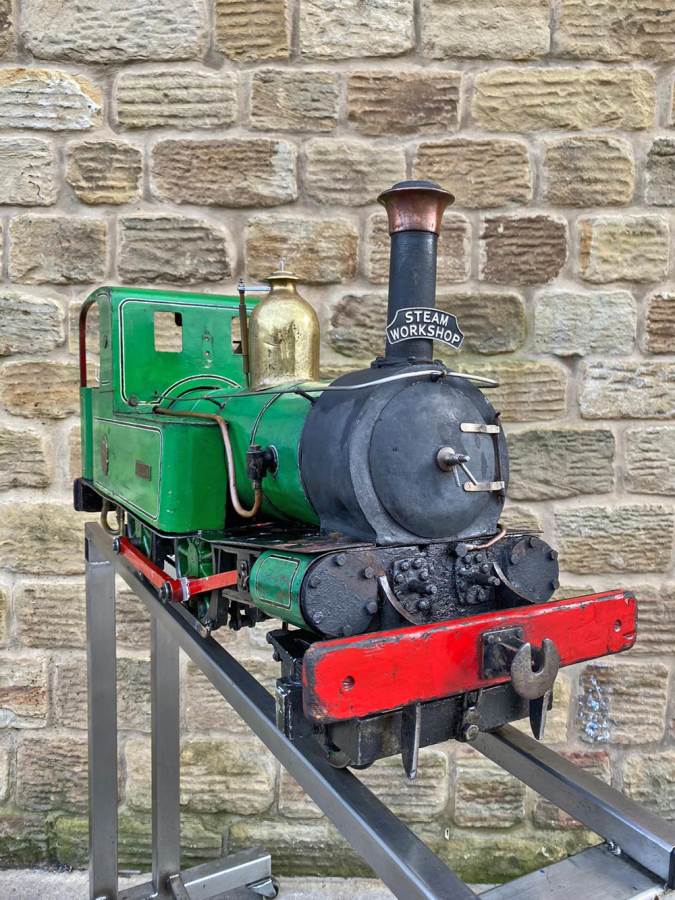 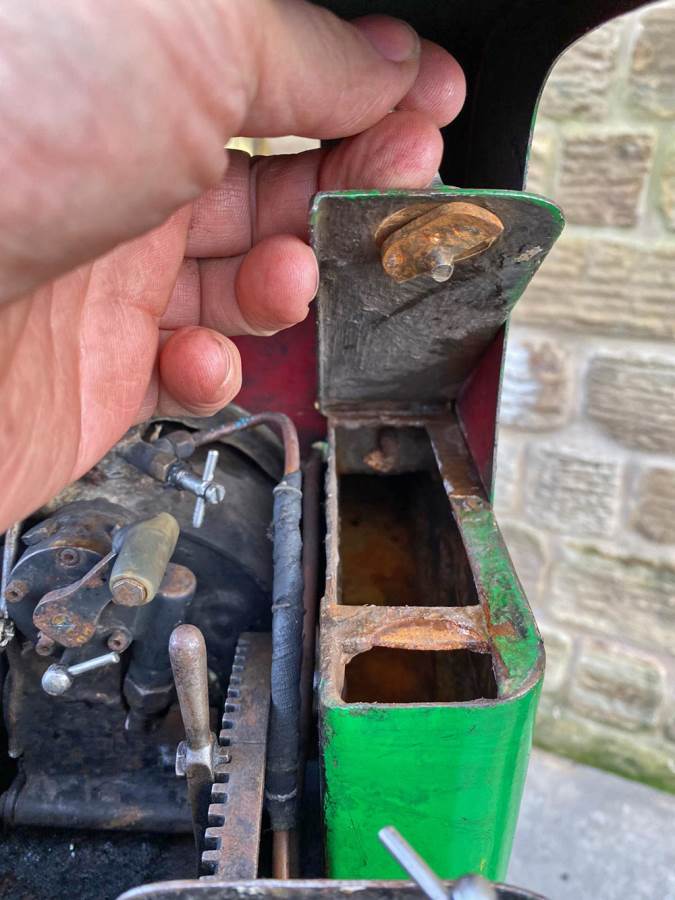 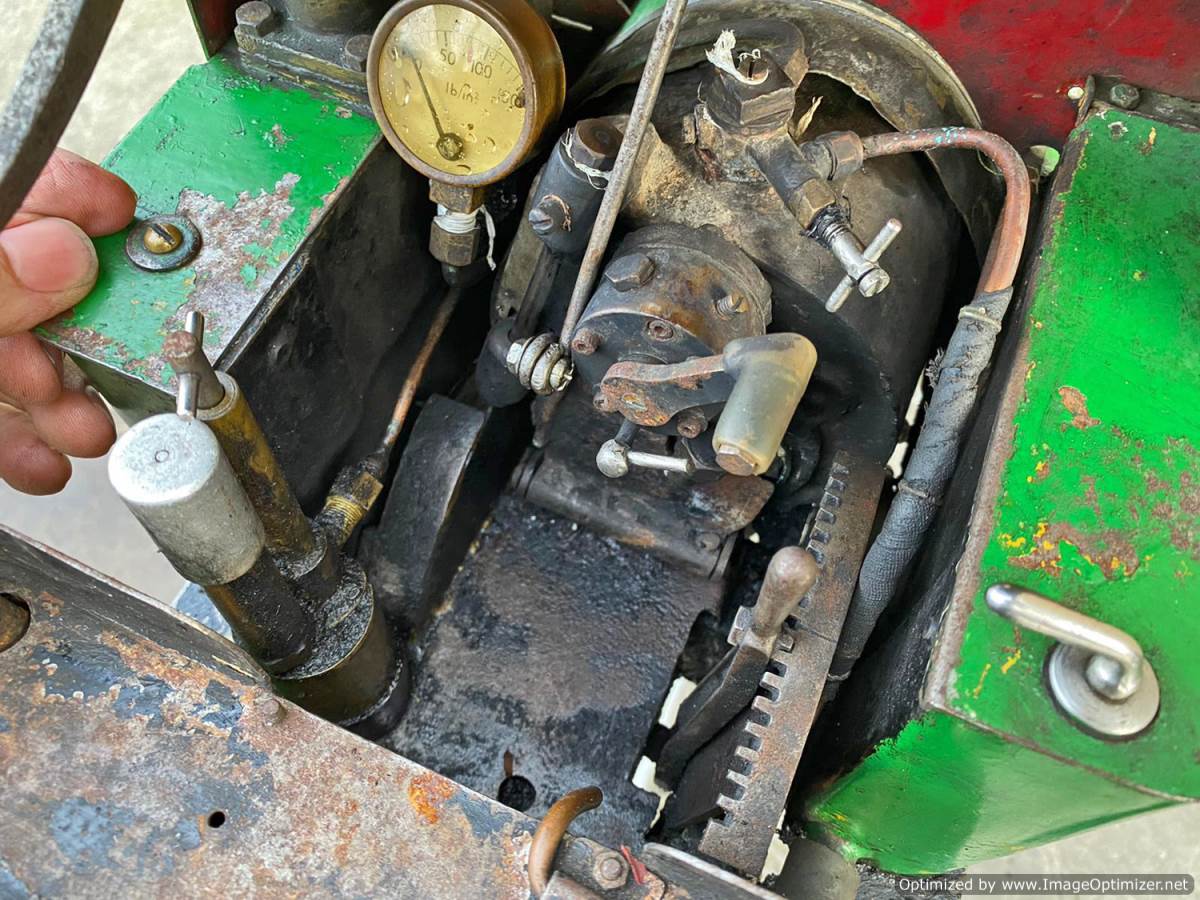 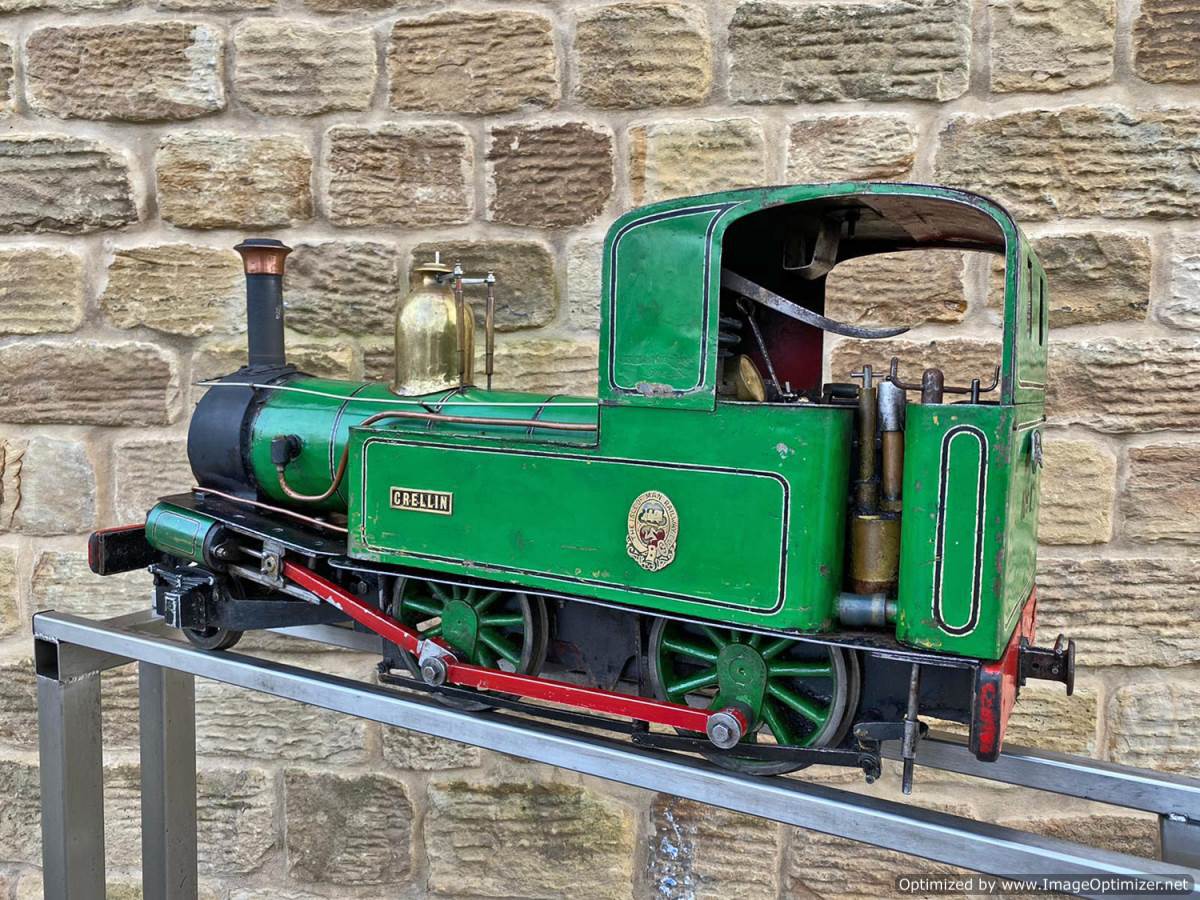 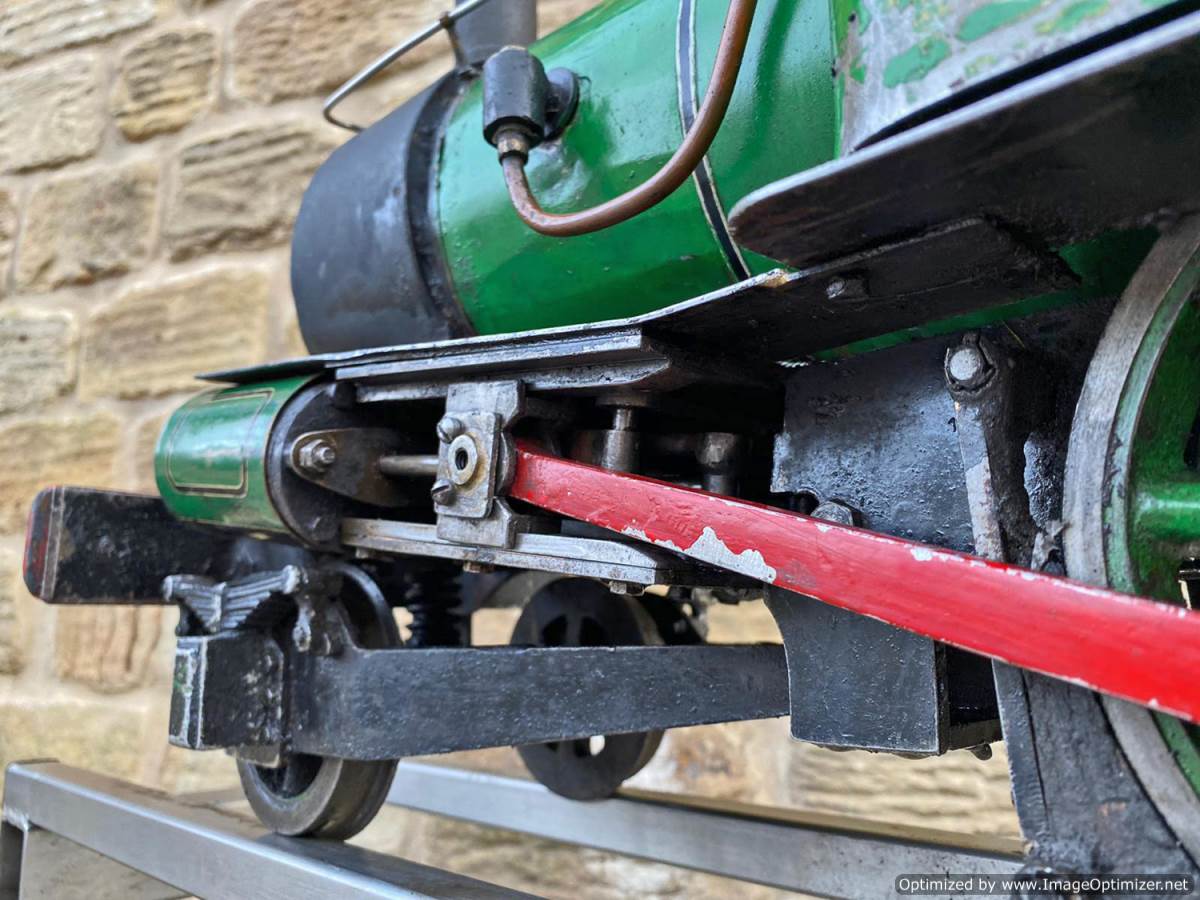 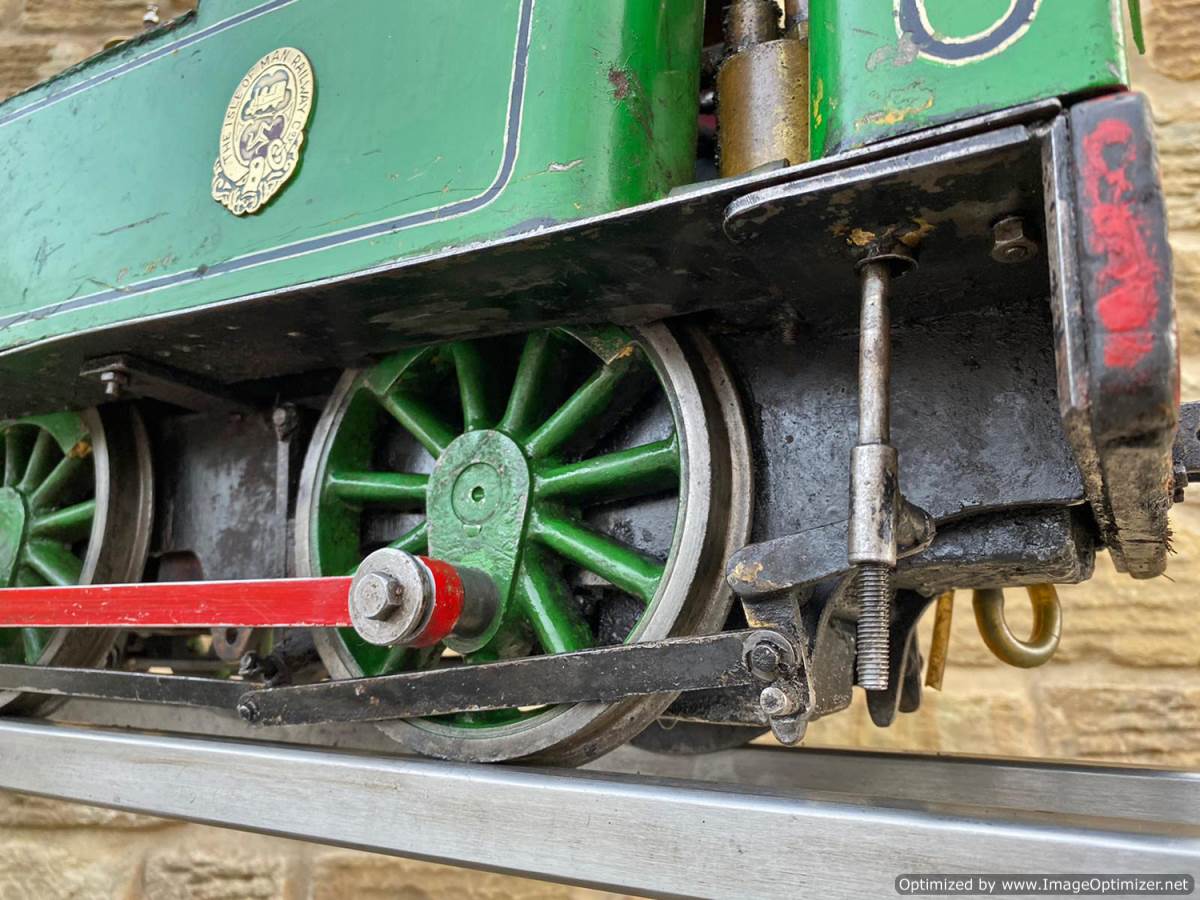 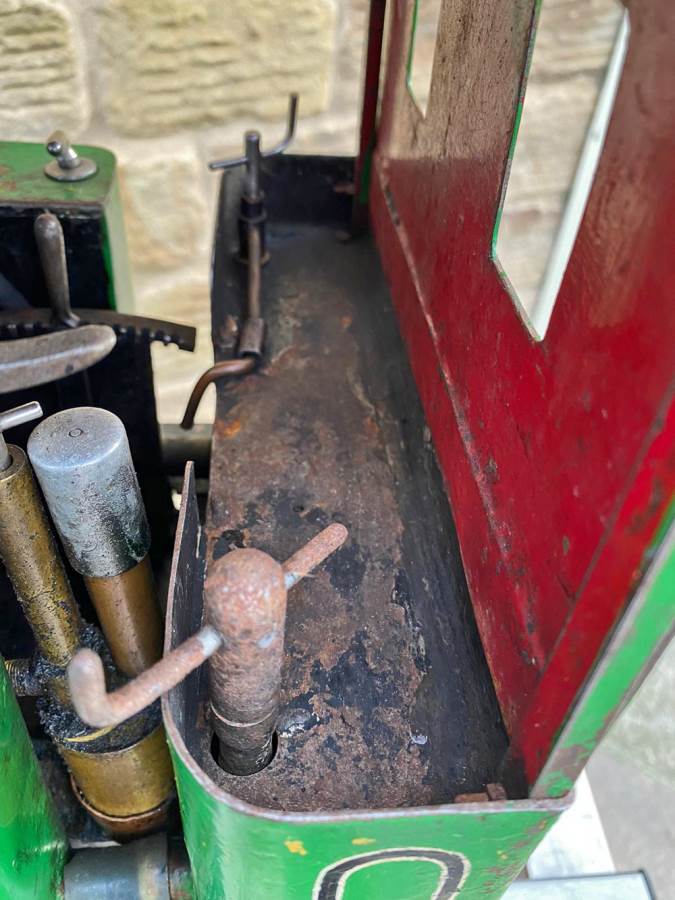 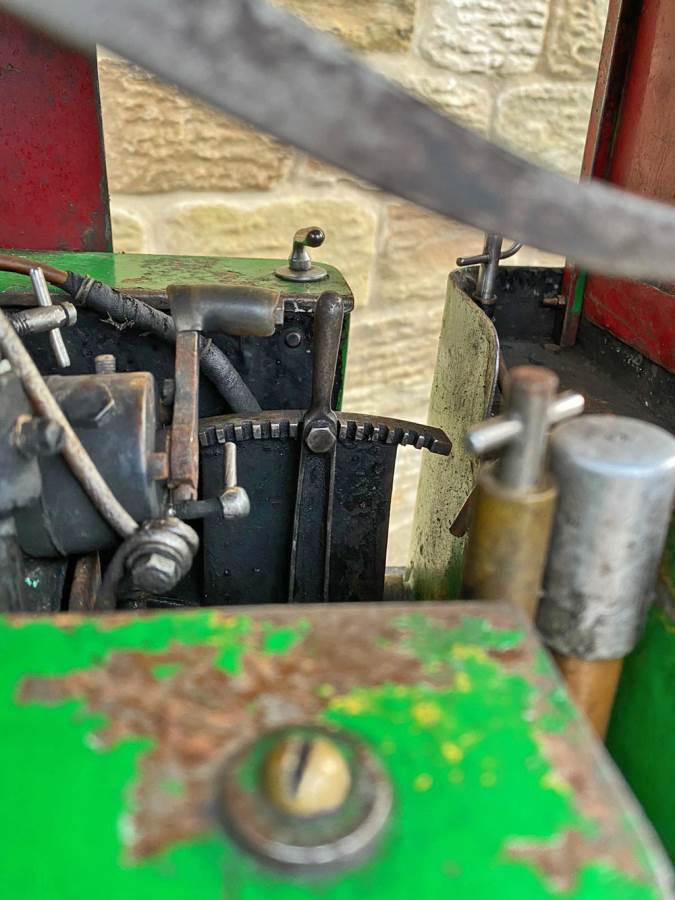 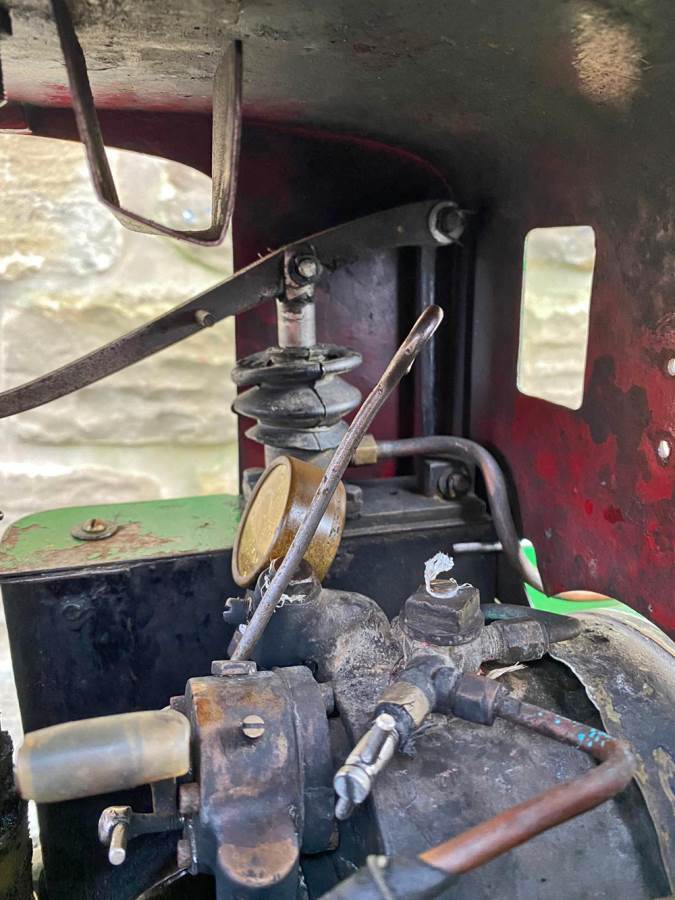 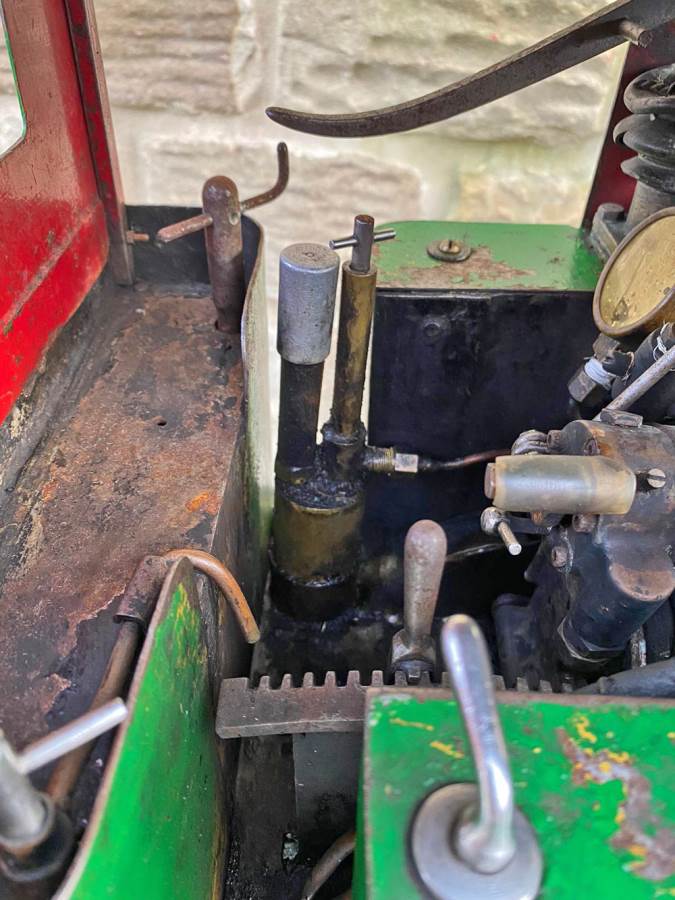 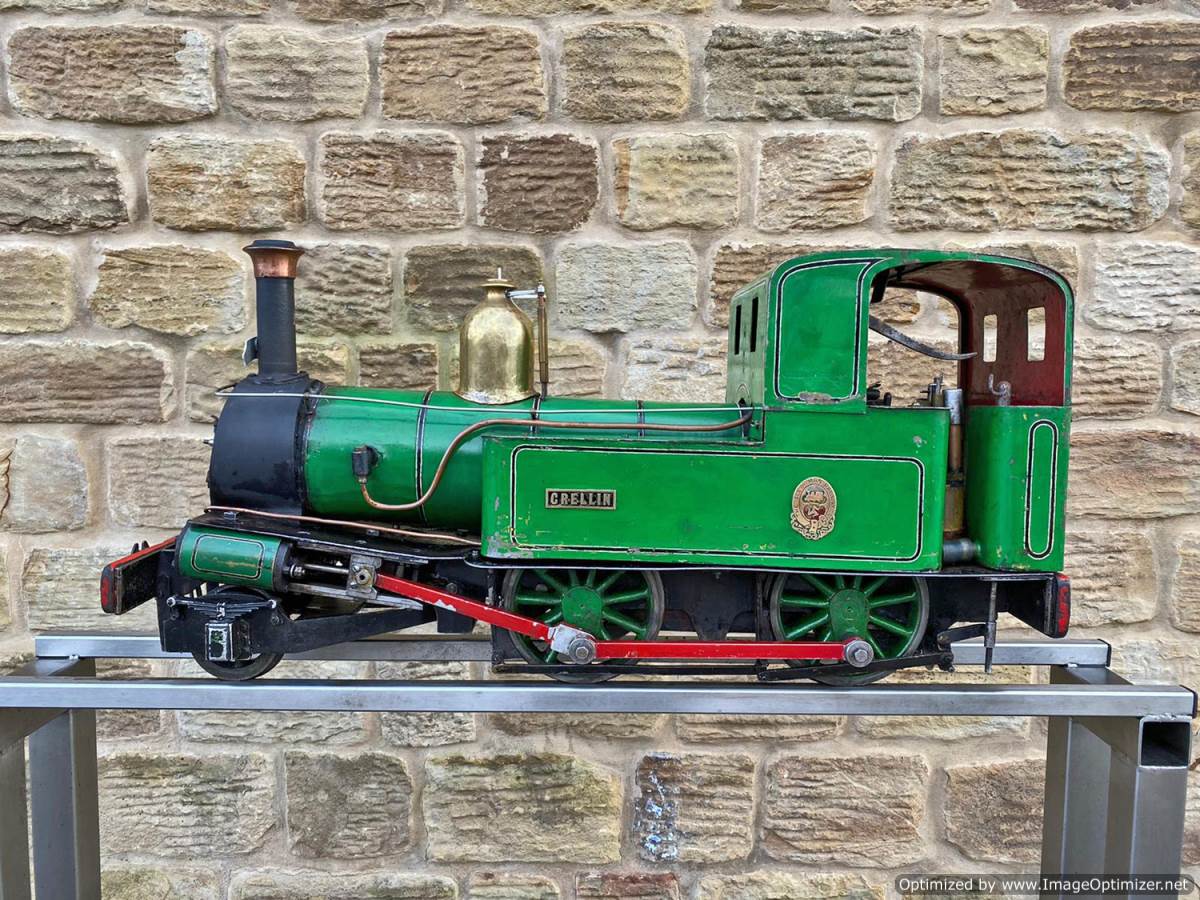 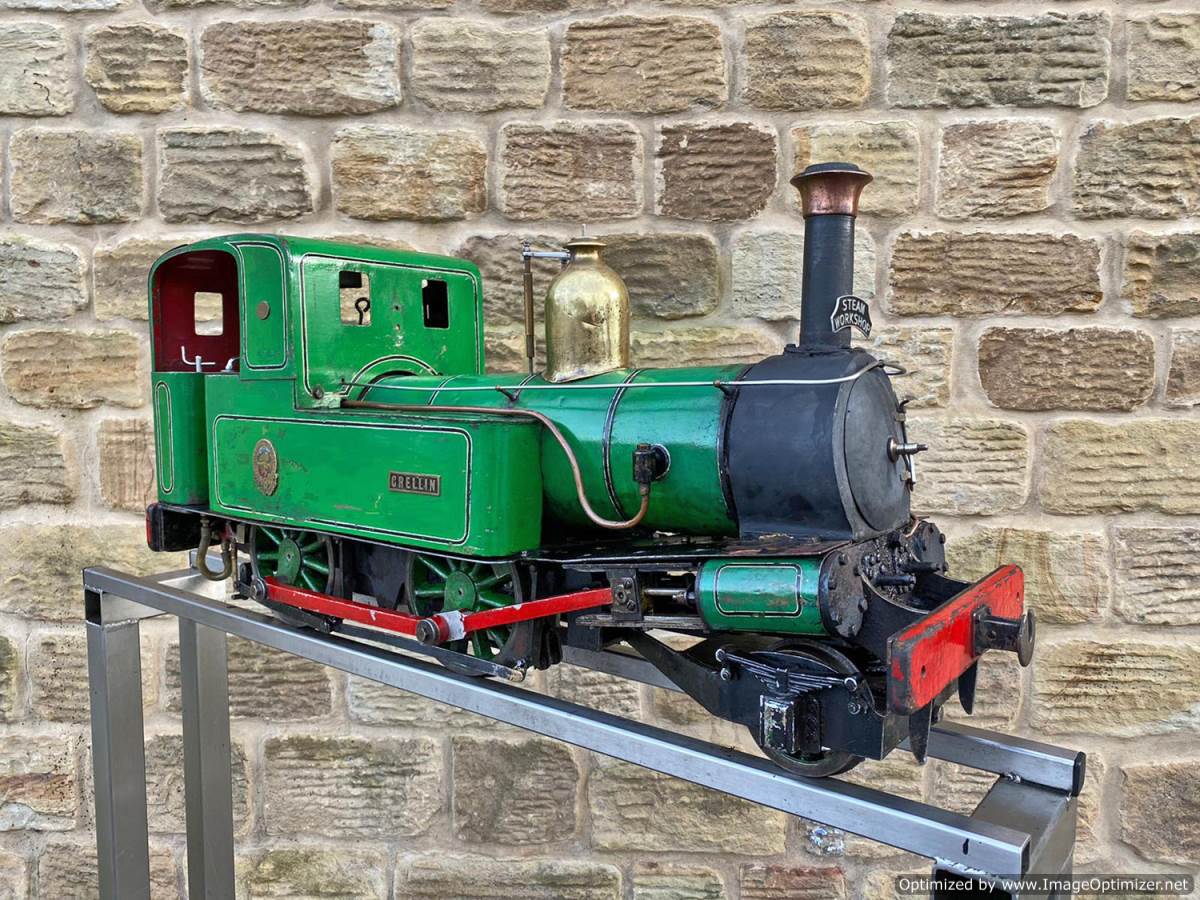 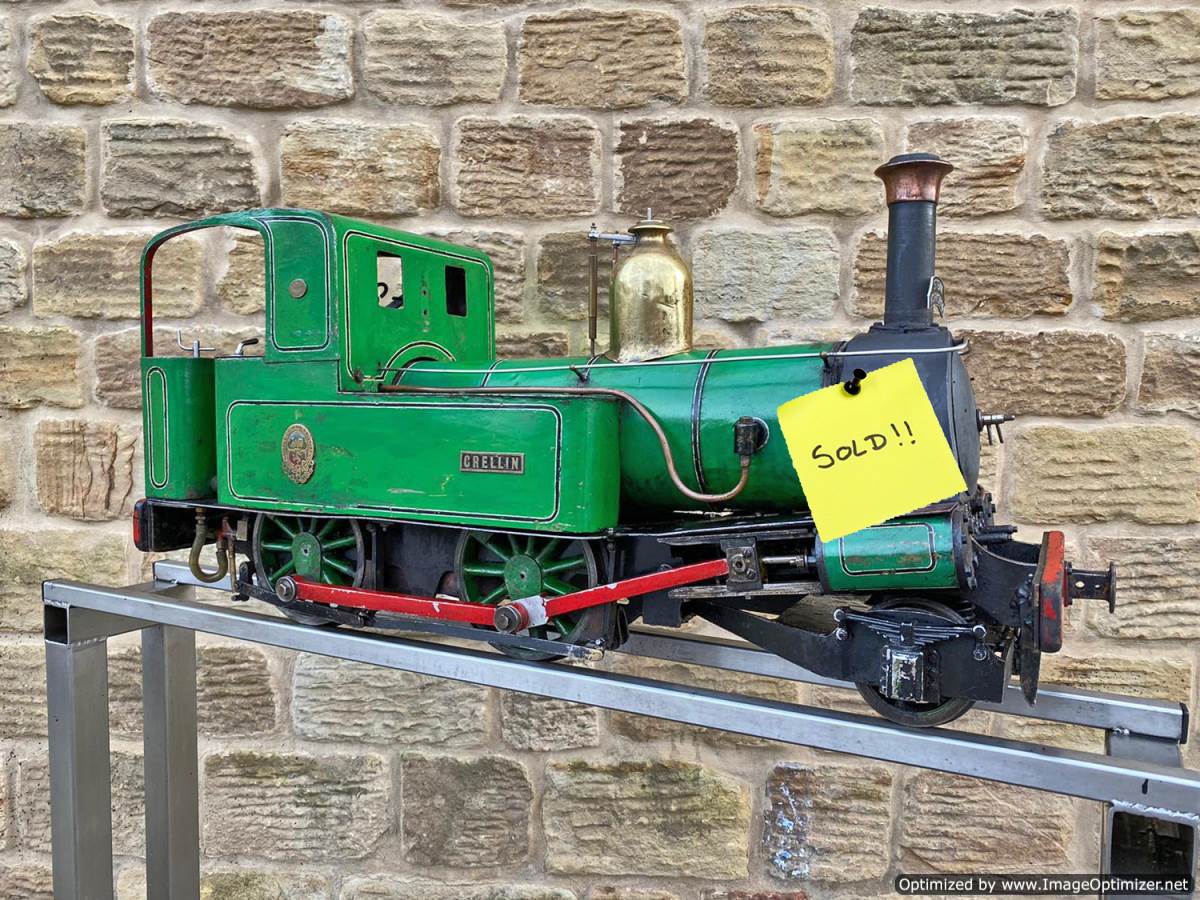