The model was built to a scale of 8.22:1 to give a gauge of 10 ¼ inches.  This is one of those masterpieces of model engineering from one of the finest model engineers and so very few compromises were made in the construction of the model save for the boiler which is entirely made from copper, close riveted and silver soldered do that it can be steamed and run (although we don't intend to do so!).  There is even the correct mid-feather in the firebox crown!  All of the mechanical details are replicated including unusual features such as the 4 leaf springs and five main bearings that support the crank axle and the motion and valve gear brackets that are attached to the boiler. The Gooch valve gear is faithfully reproduced and works extremely well. All boiler fittings are exactly to scale and thus fragile but could be replaced by more robust fittings if desired. The model represents 12,000 hours of work including a substantial amount of time spent on research, drawing and the lost wax tools required to produce the numerous intricate castings used on the model.

Sir William McAlpine comments; 'Ken Woodham's model locomotives are true works of engineering art and last year I had the very great pleasure of handing this model of DRAGON over to Robert on Ken's behalf. Ken established his workshop in my private museum in 1975 and I was able to witness the painstaking work over the 10 years that he took to create my SE&CR "D" class model. Every detail, hidden or visible, is replicated and the result is as near perfection as I have seen anywhere; a view endorsed by none less than Cherry Hill MBE. When I saw the model of DRAGON it is clearly up to the same exacting standards making it a must for any serious collector.'

Reverend Cannon Brian Arman. President of the RCTS (Railway Correspondence and Travel Society). Editor of the Broad Gauge Society Journal, "Broadsheet" states; 'The Great Western Railway was controversially laid out by Isambard Kingdom Brunel to the broader gauge of 7 feet and he recruited 20 year old Daniel Gooch's as its first "Superintendant of Locomotive Engines". 10 years later in 1847 Gooch designed his masterpiece, "IRONDUKE", a class of locomotive that was so successful that when they were beyond economic repair they were extensively rebuilt or replaced with new locomotives to the same basic design but incorporating some improvements. The model of DRAGON replicates in miniature the 1880 version of that iconic locomotive as it was working right up to the last days of the broad gauge in May 1892. With no broad gauge track left to run on the locomotives were broken up for scrap thus depriving later generations from examining these magnificent machines. The gap left in our railway history was to some extent filled by the full size replica of IRONDUKE commissioned by the Science Museum in 1985. Restriction in budget forced the museum to concentrate on the visual aspect and ignore the engineering detail but thankfully Ken's magnificent model has rectified that shortcoming as it is correct in every detail both inside and out and therefore represents a valuable document for future students of our railway history.' 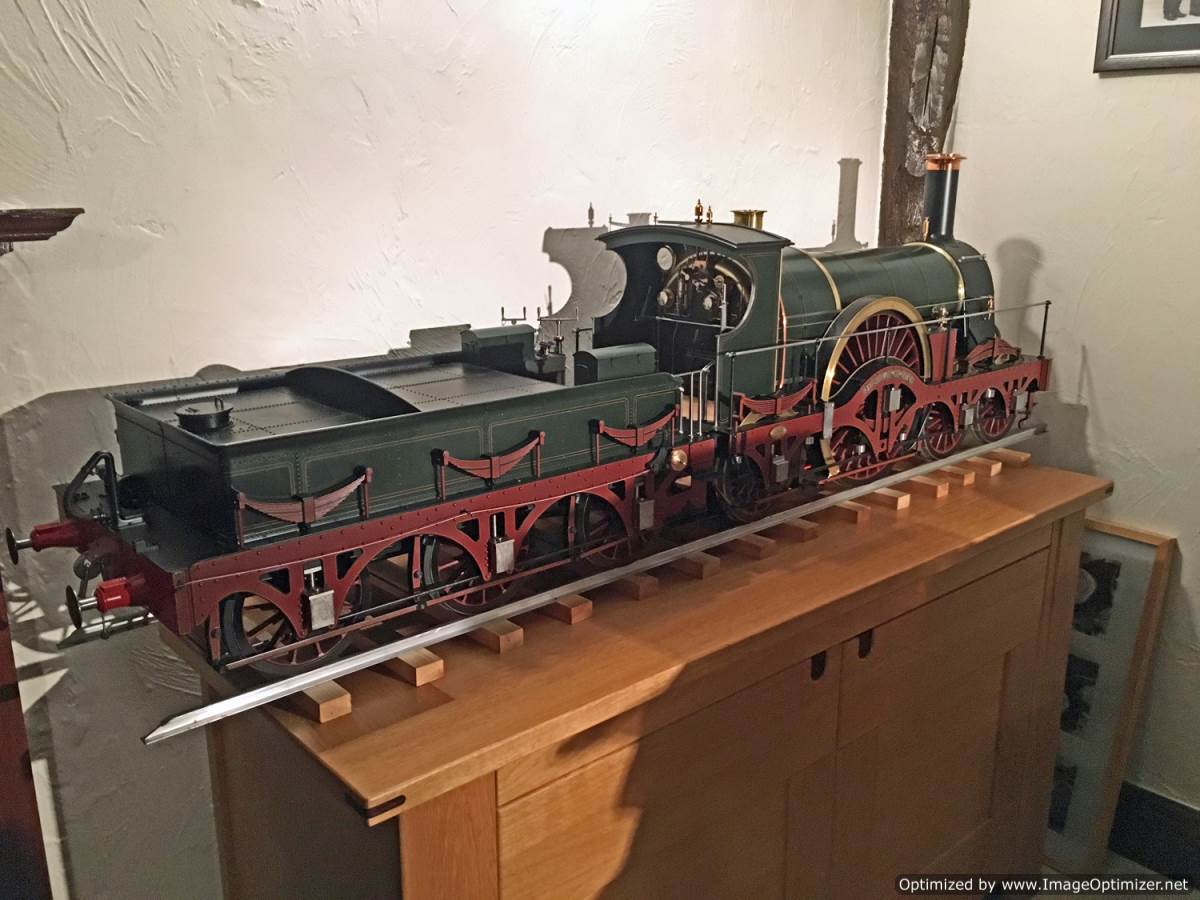 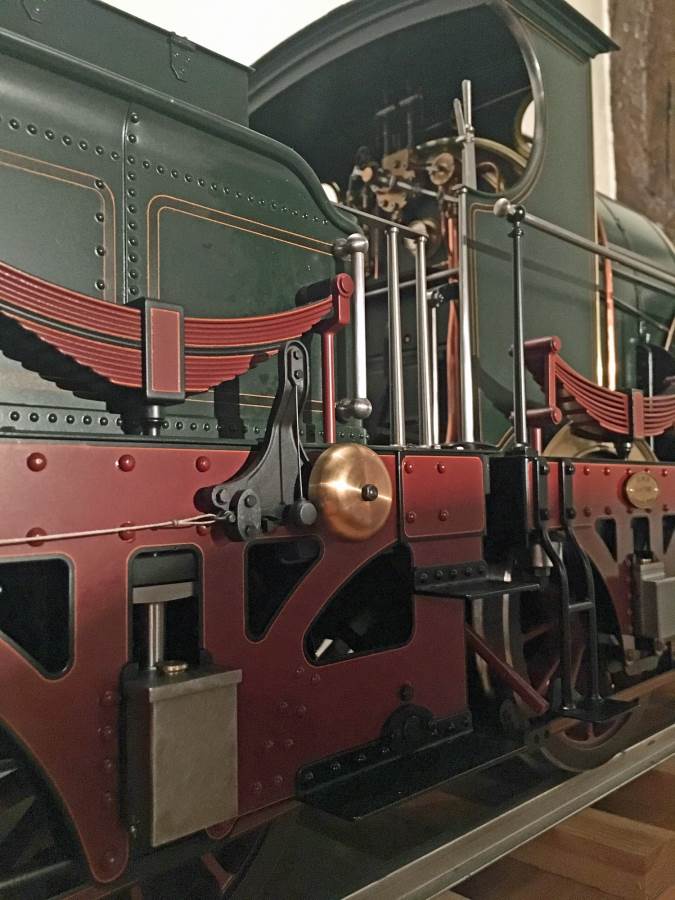 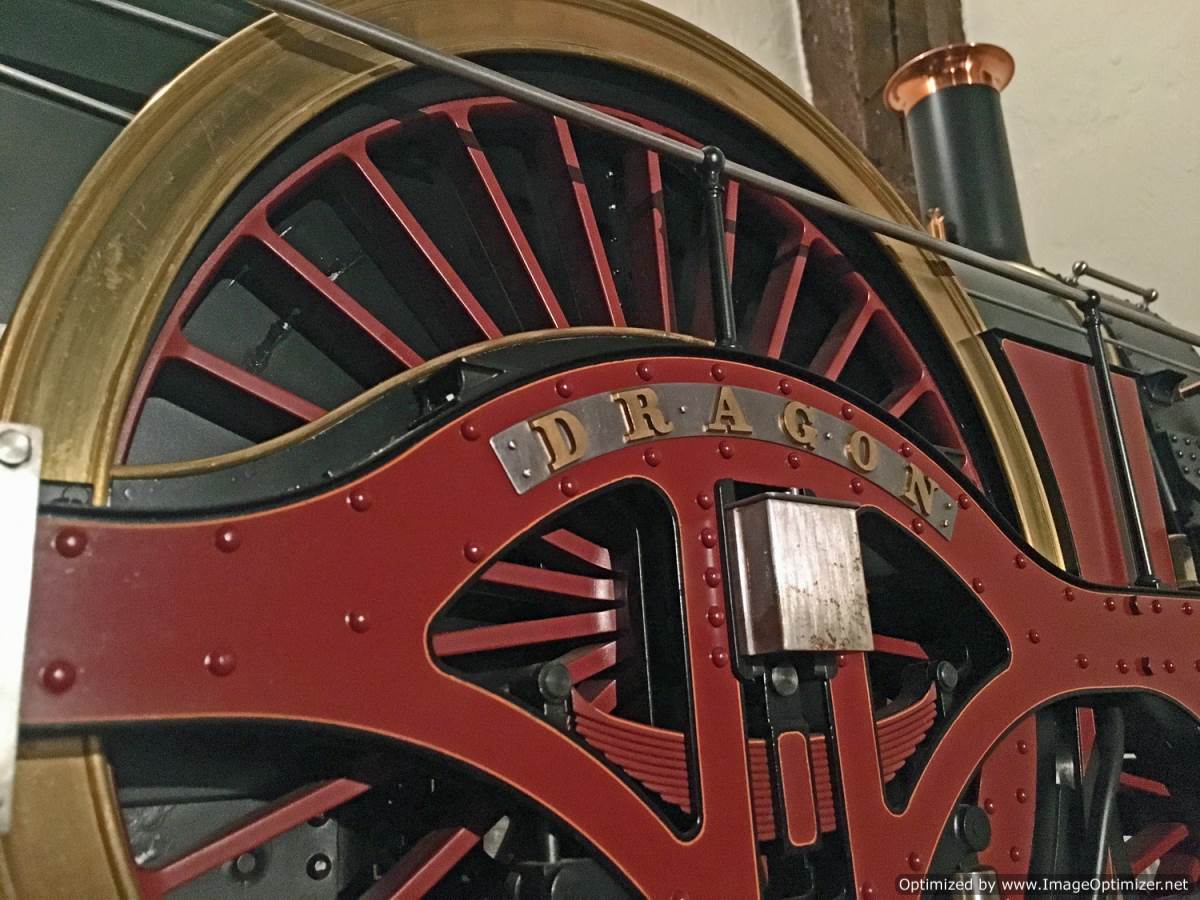 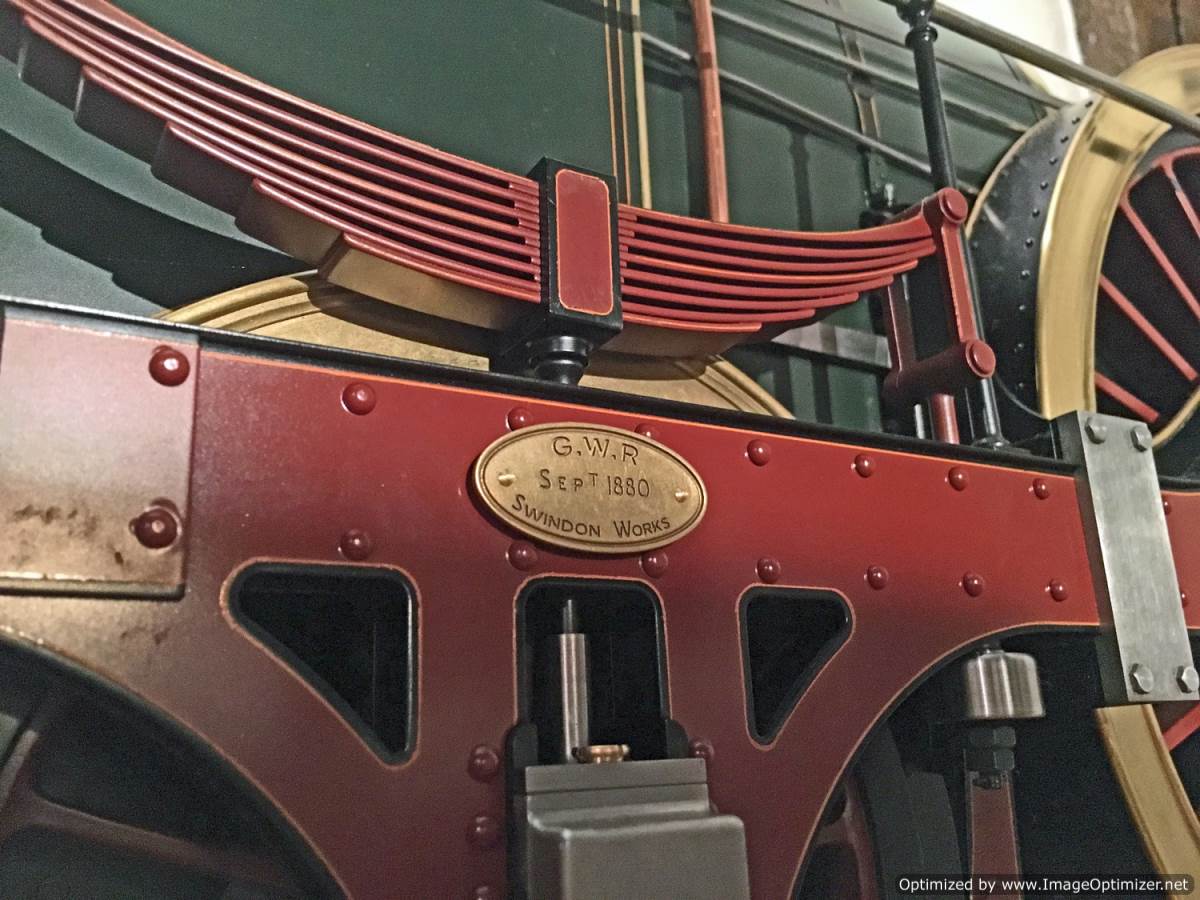 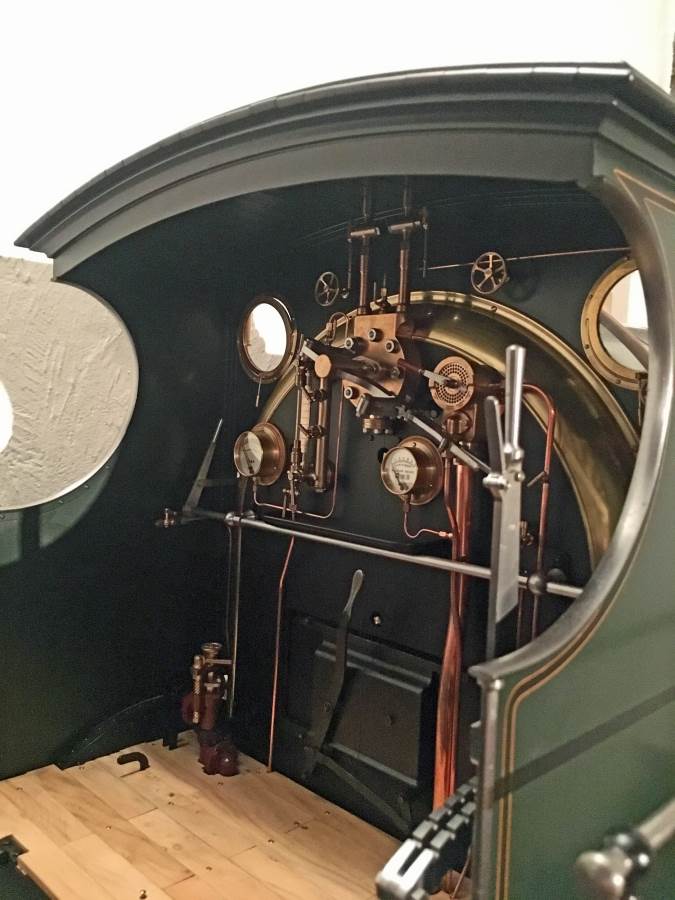 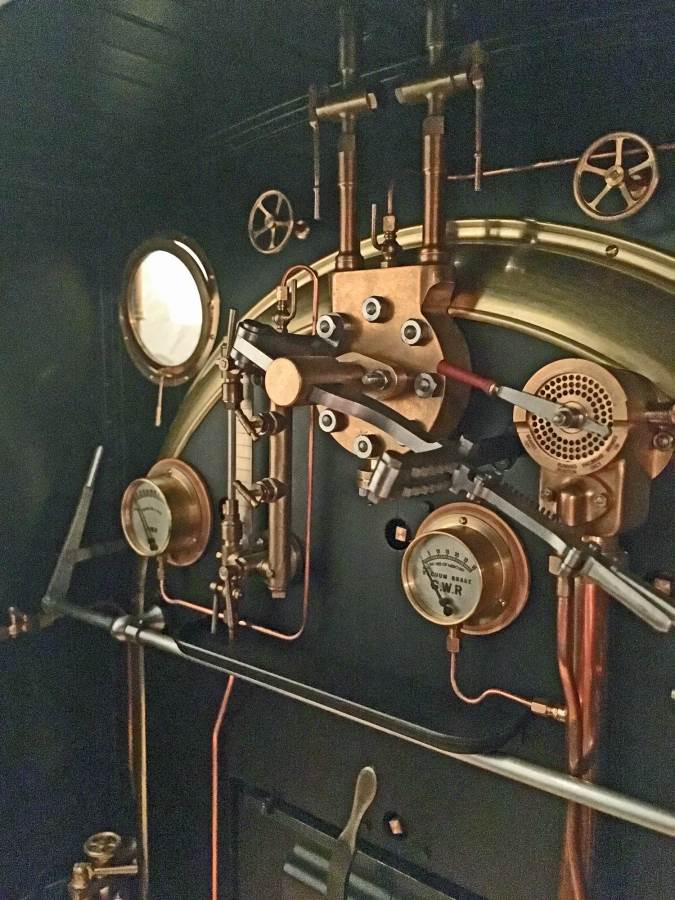 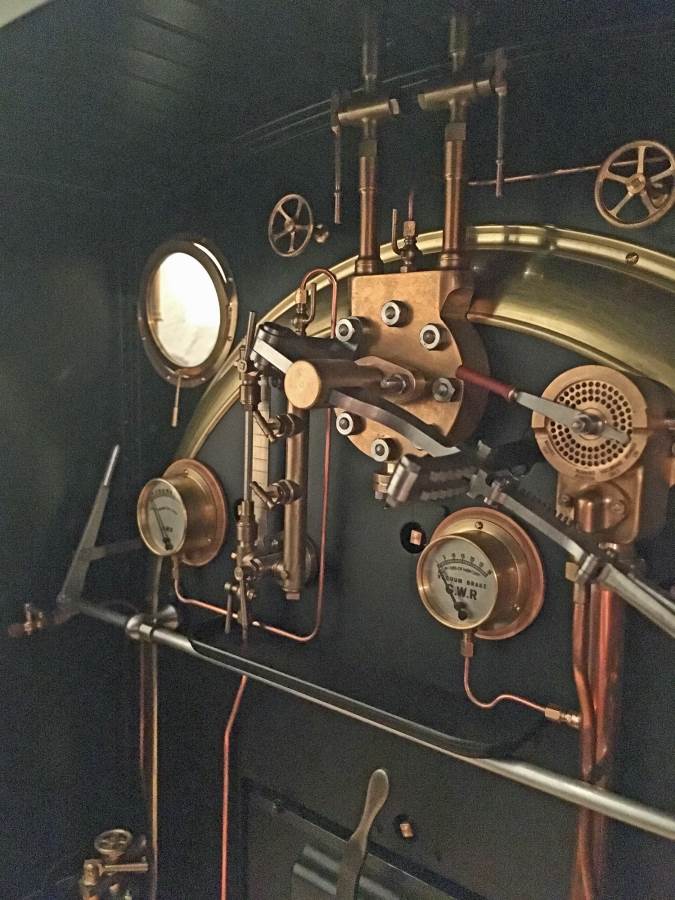 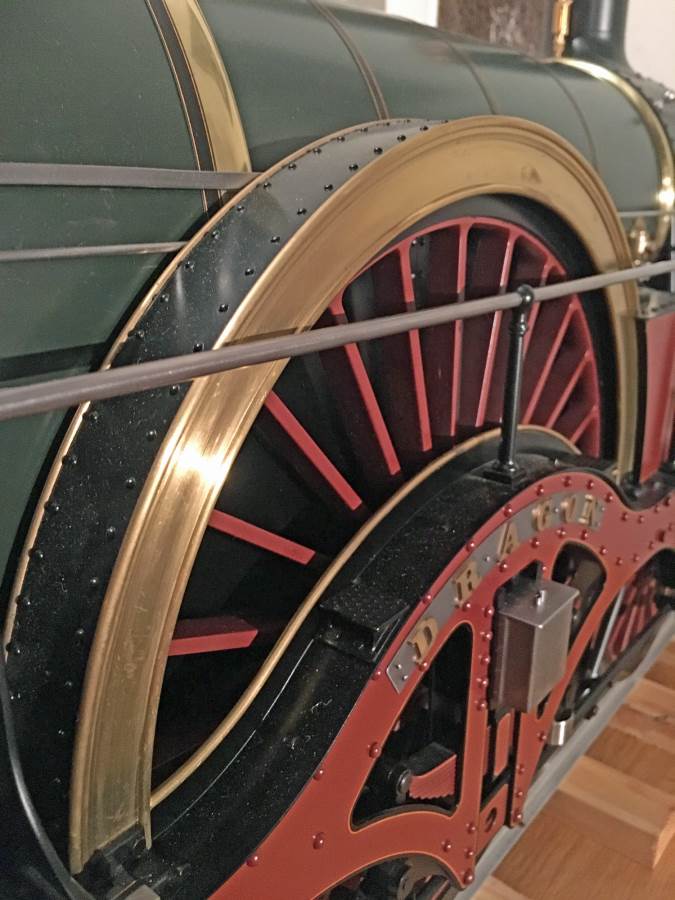 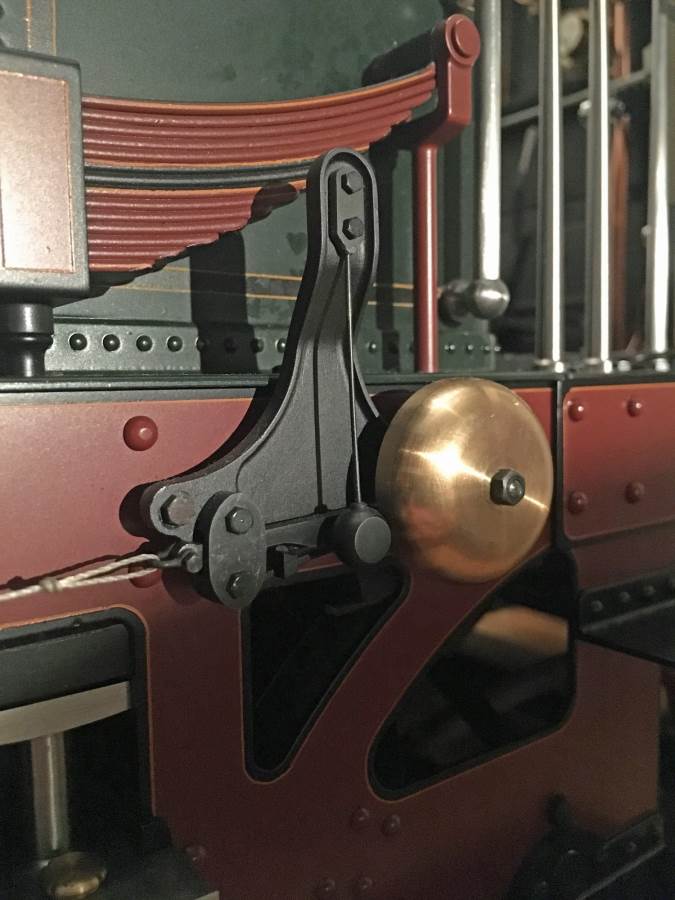 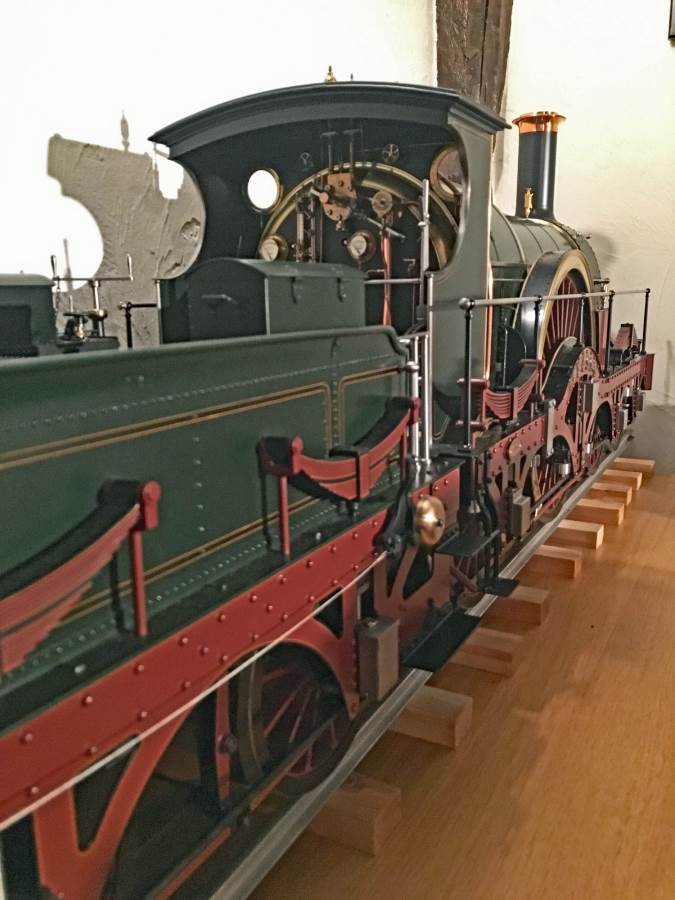 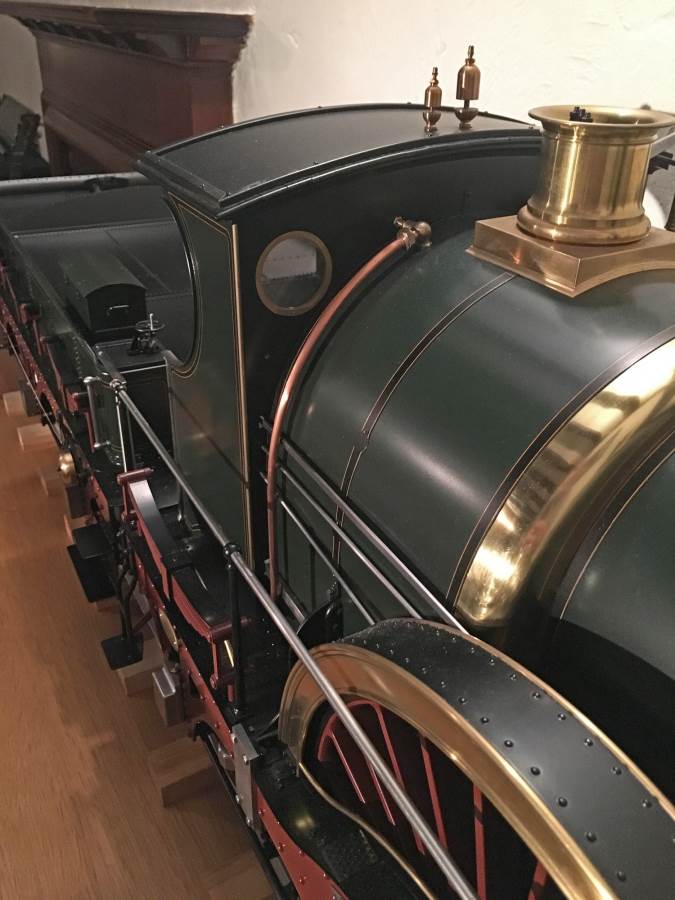 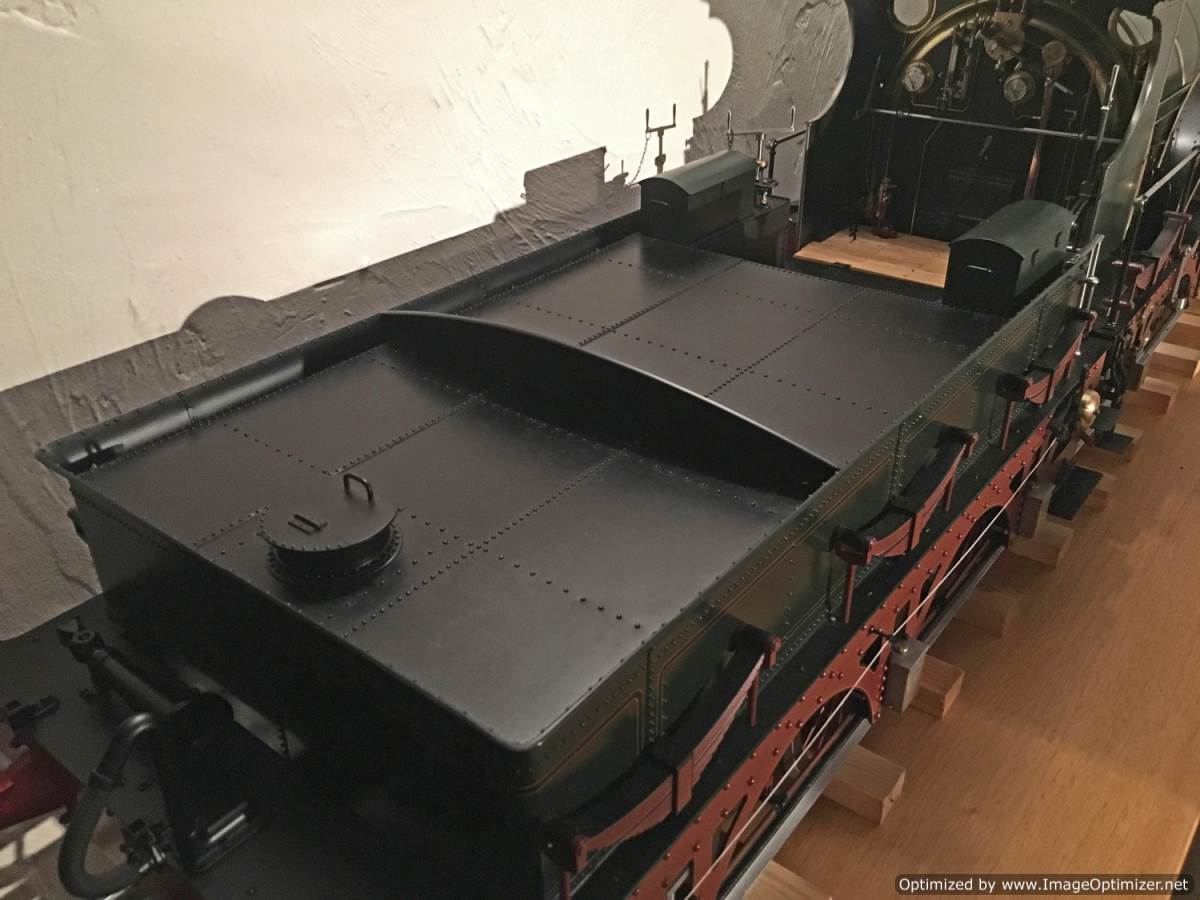