‘Mannin’ was the last locomotive to be supplied to the Isle of Man and built in 1926 by Beyer, Peacock & Co. (works number 6296).  No. 16 was by far the most powerful 2-4-0T locomotive on the line. She was purchased to haul the heavy Port Erin boat train, a job which had previously taken two locomotives either double-headed or banked. Much larger than her older sisters, she was latterly used as Peel-based engine and appears to have never negotiated the Ramsey line.  She remained in service until 1964 and later was repainted into Ailsa spring green and placed on static display at St John’s and later Douglas stations until entering the railway museum in 1975.  It is unlikely that she will work again in the immediate future.  The Accucraft model will carry the same level of detail and equipment as the previous Isle of Man locos and will be available in Indian Red and Holly Green. 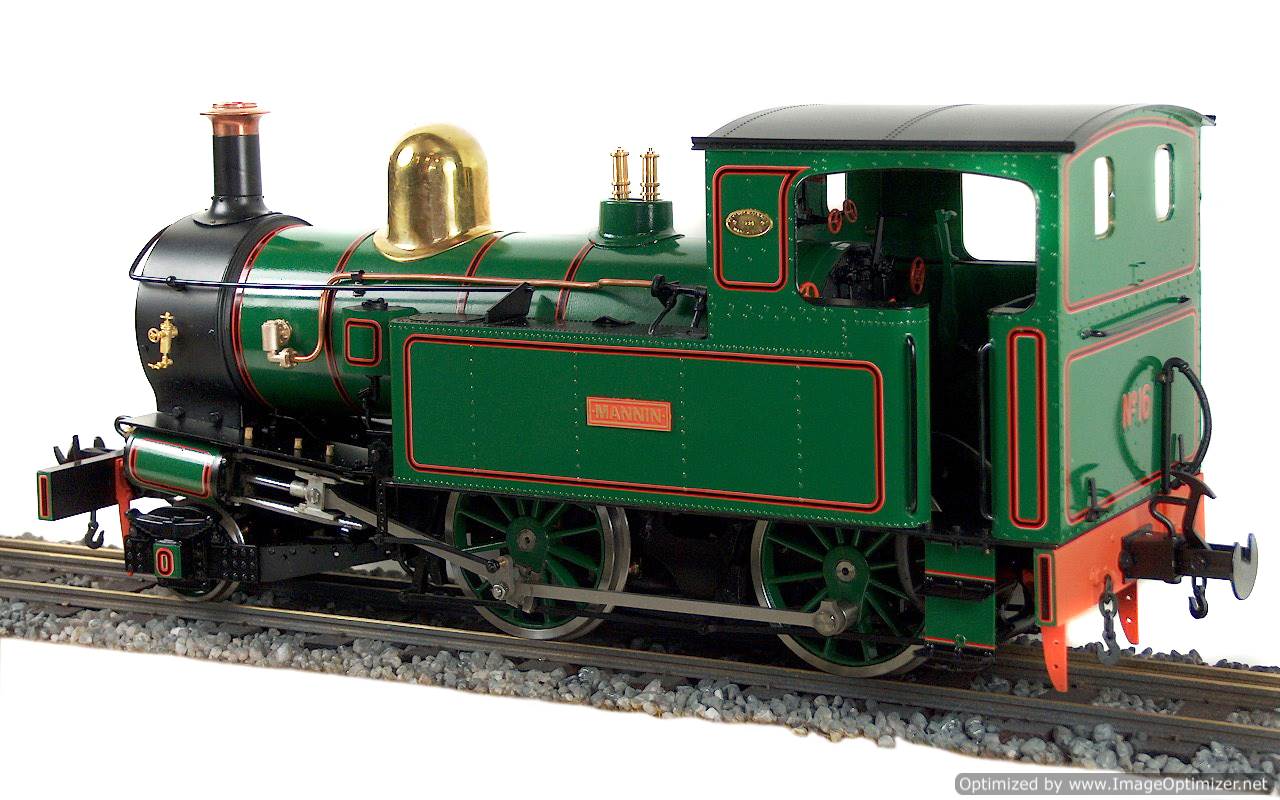 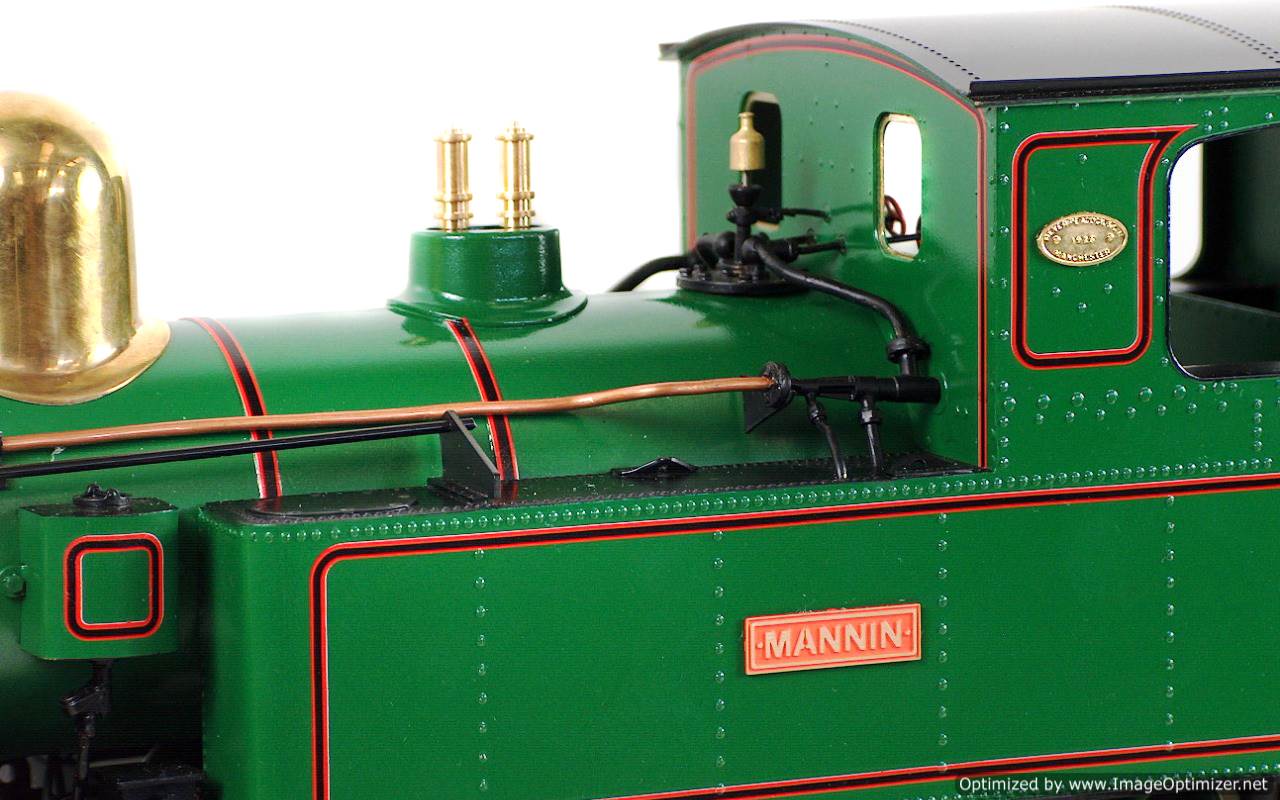 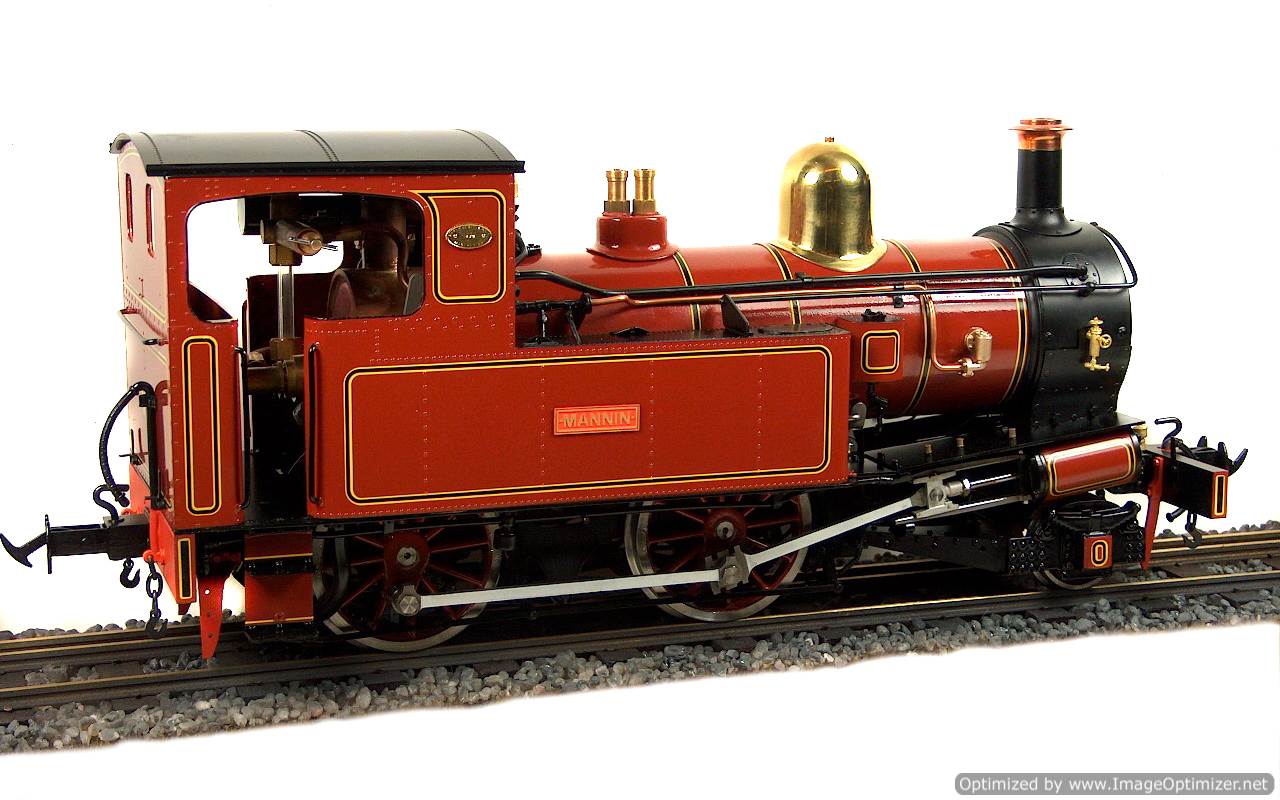 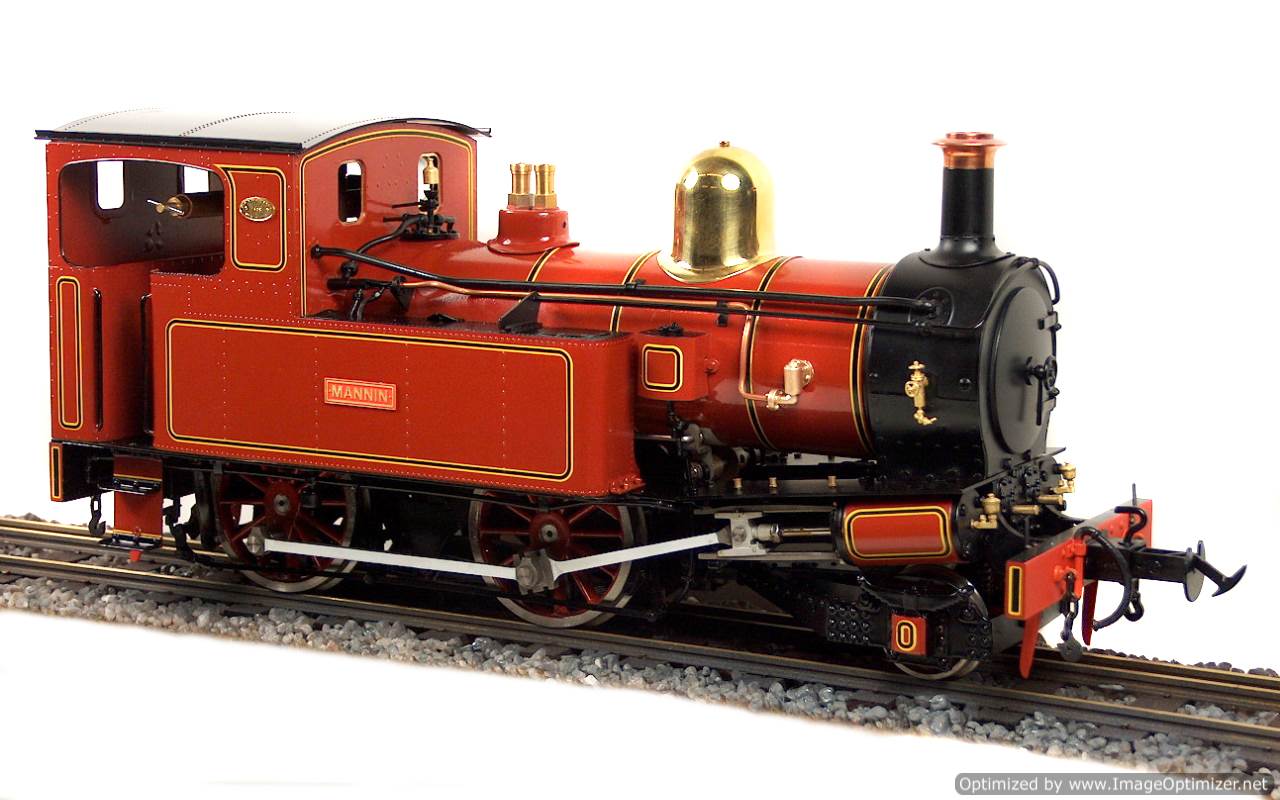 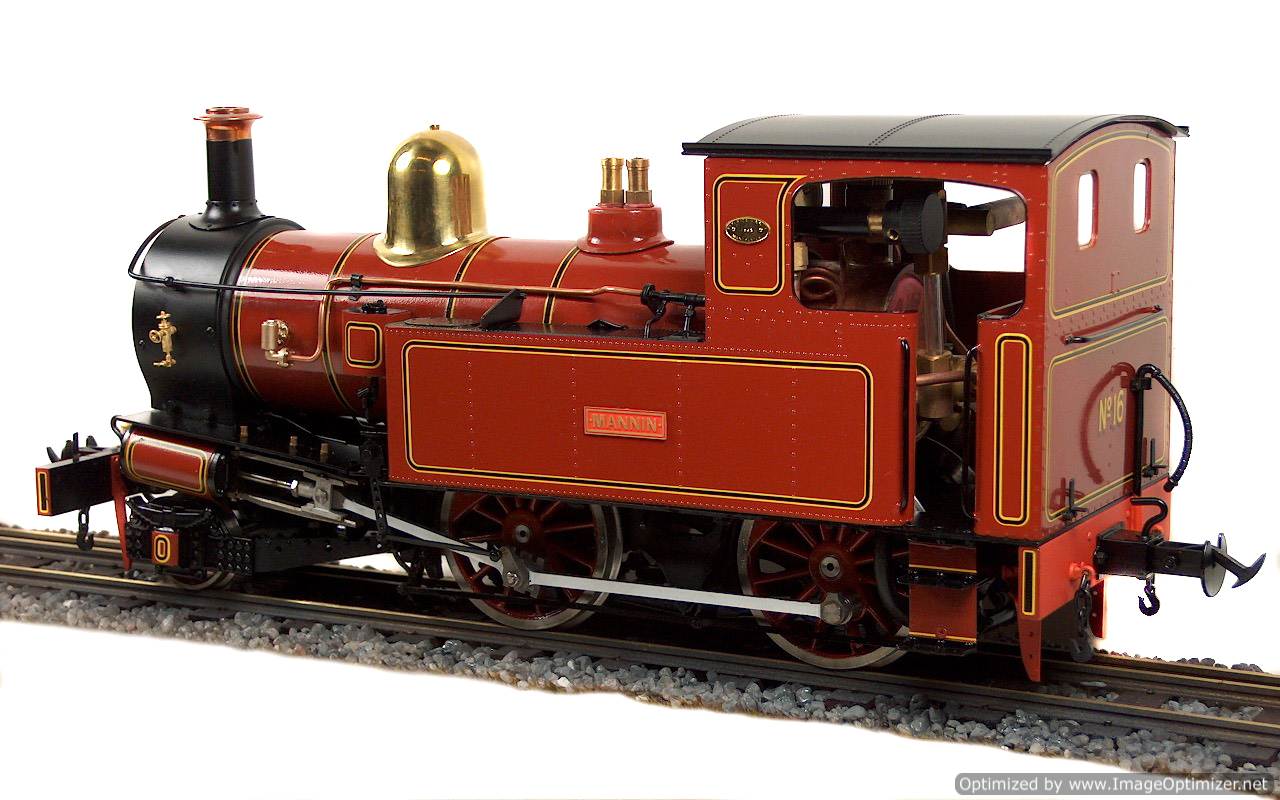 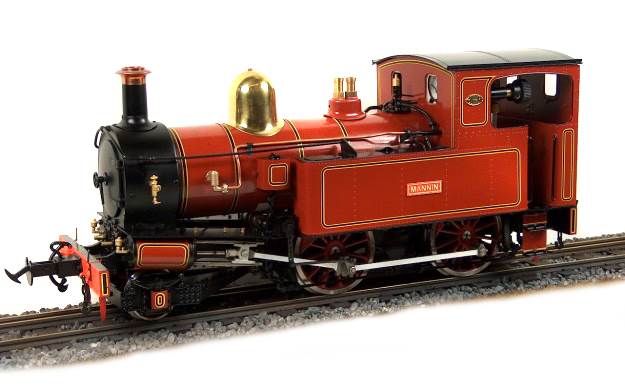 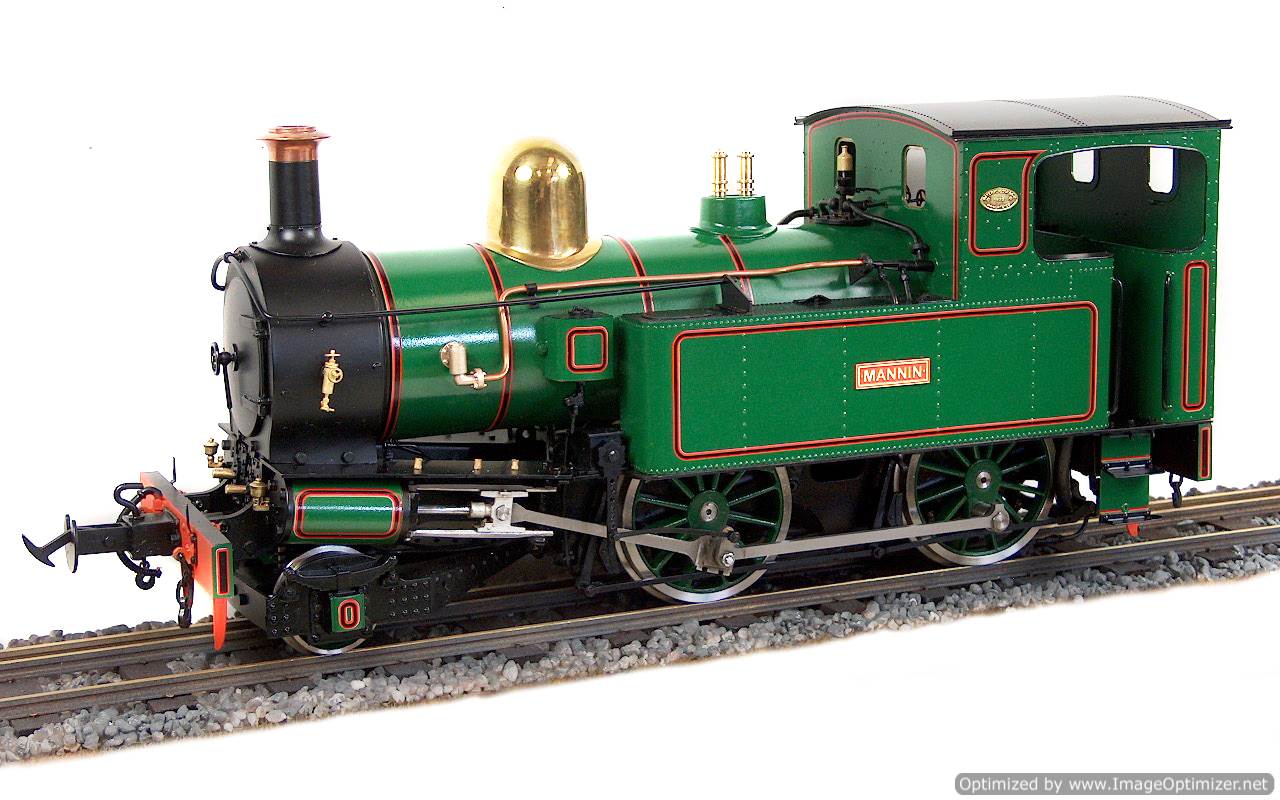