Arriving as a joint delivery with No. 4 Loch in 1874 in readiness for the opening of the Port Erin line, the locomotive is named from the Latin word meaning Isle of Man. Together with sister No. 4 she carried unusual nameplates to compensate for the injector overflow pipe which bisected it, thus the name appears ‘MO NA’ with a gap to allow for the copper pipe; modifications to the layout leaving this feature redundant and giving it an unusual appearance.

As with the other fleet members, she has idiocynracies that distinguish her, such as a chimney numeral in a slightly different style to the other locomotives. The locomotive also carried brass ‘5’ numerals on the side tanks above the name plates, though the one on the driver’s side was removed latterly. No. 5 was a regular on the Peel Line later in her career and remained in service right until the 1970 season when she refused to hold a head of steam and was subsequently mothballed.

She was privately purchased from the newly-nationalised railway in 1978 by the Isle of Man Railway Society but remained on site, being stored in the carriage shed at Douglas until it was demolished to make way for new bus garage and offices in 1998. The owners changed name to the Isle of Man Railways and Tramways Preservation Society some years later, but carried out no further work to the locomotive until it returned to the custodianship of the railway. Due to asbestos present in the locomotive’s lagging it was hermetically sealed in 2009 and remains out of bounds. In April 2012 an agreement was signed which saw this locomotive return to railway ownership.

This is the first live steam Isle of Man locomotive Accucraft have offered in the famous ‘Ailsa’ green livery.  Due for release 2017. 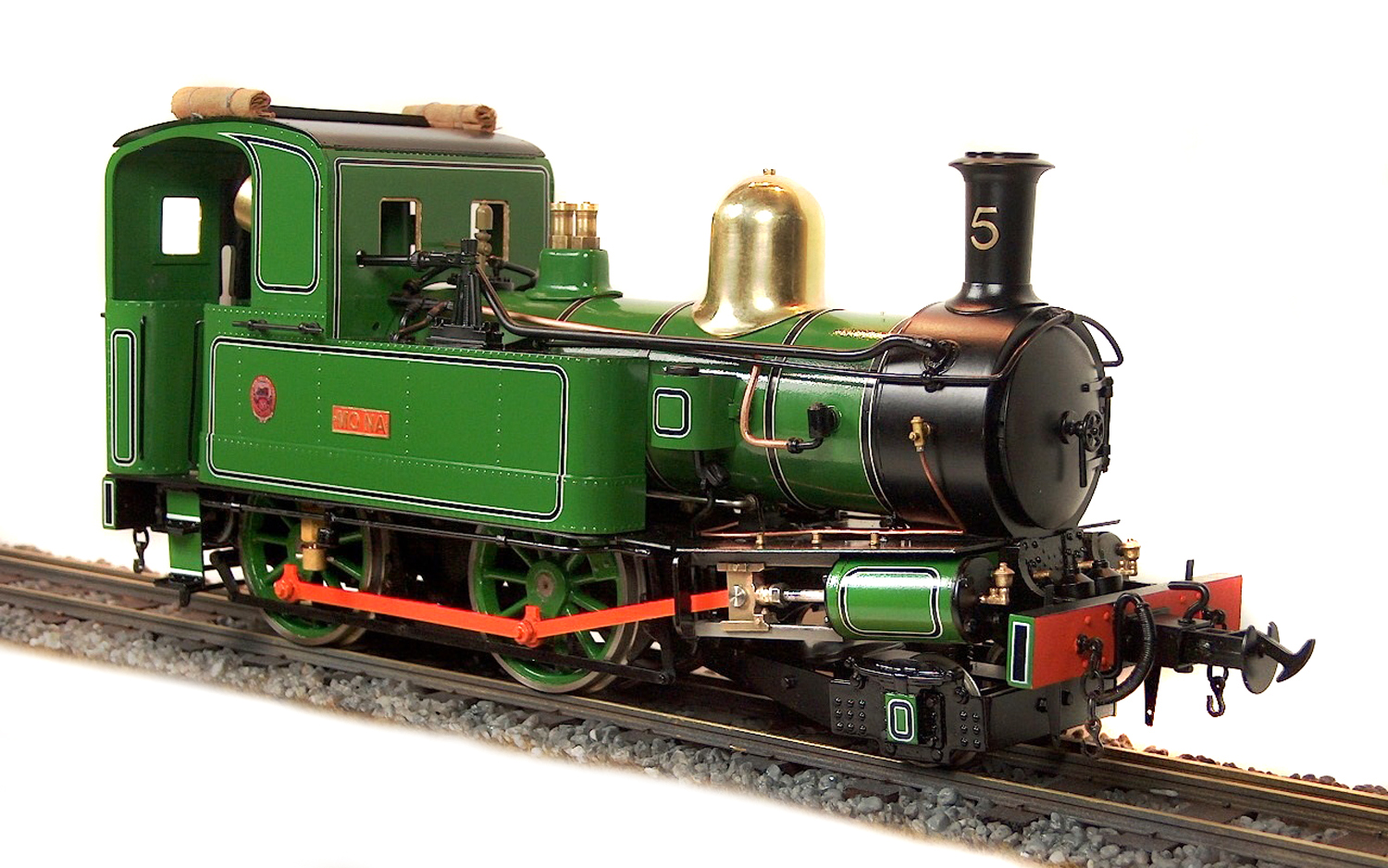 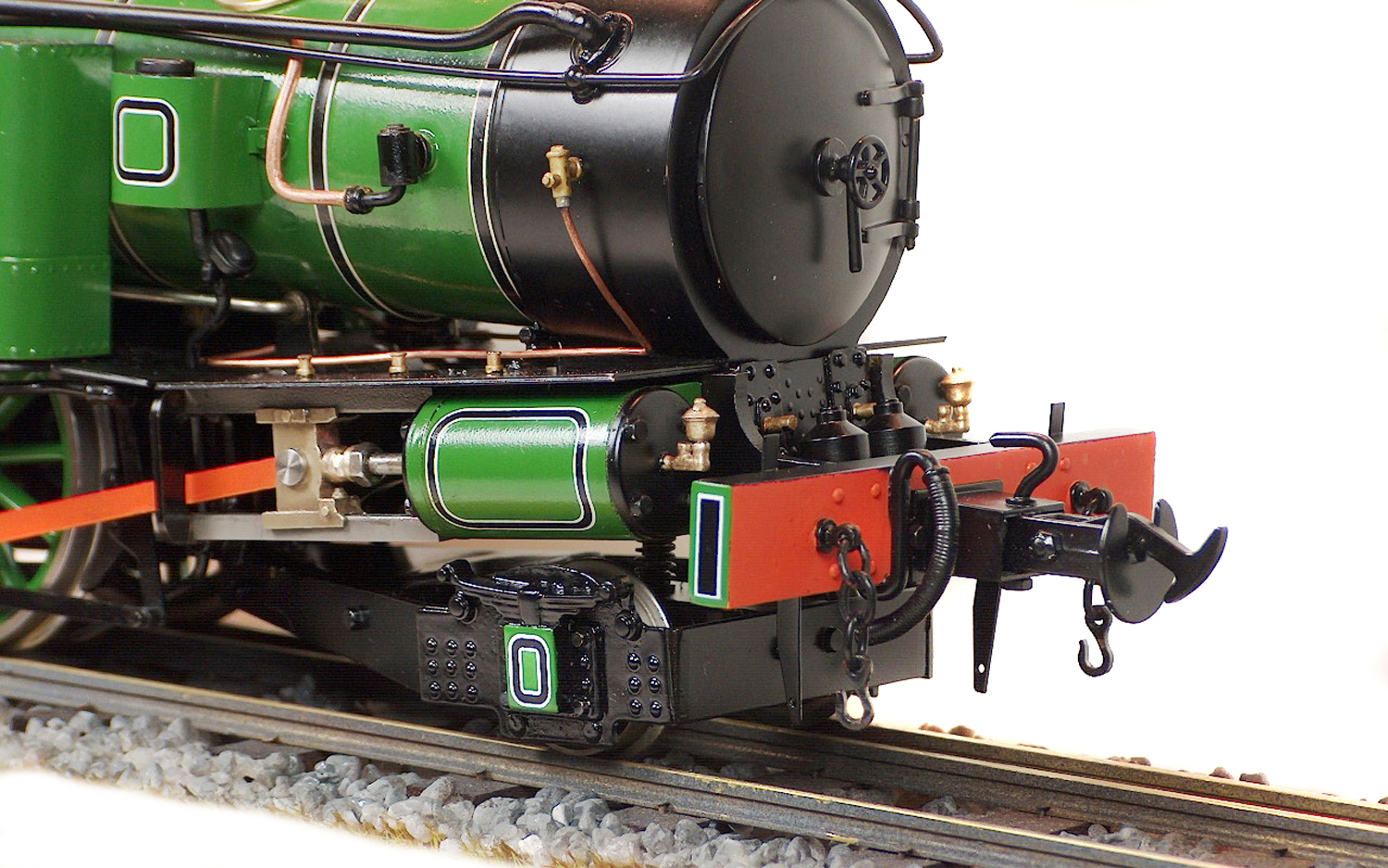 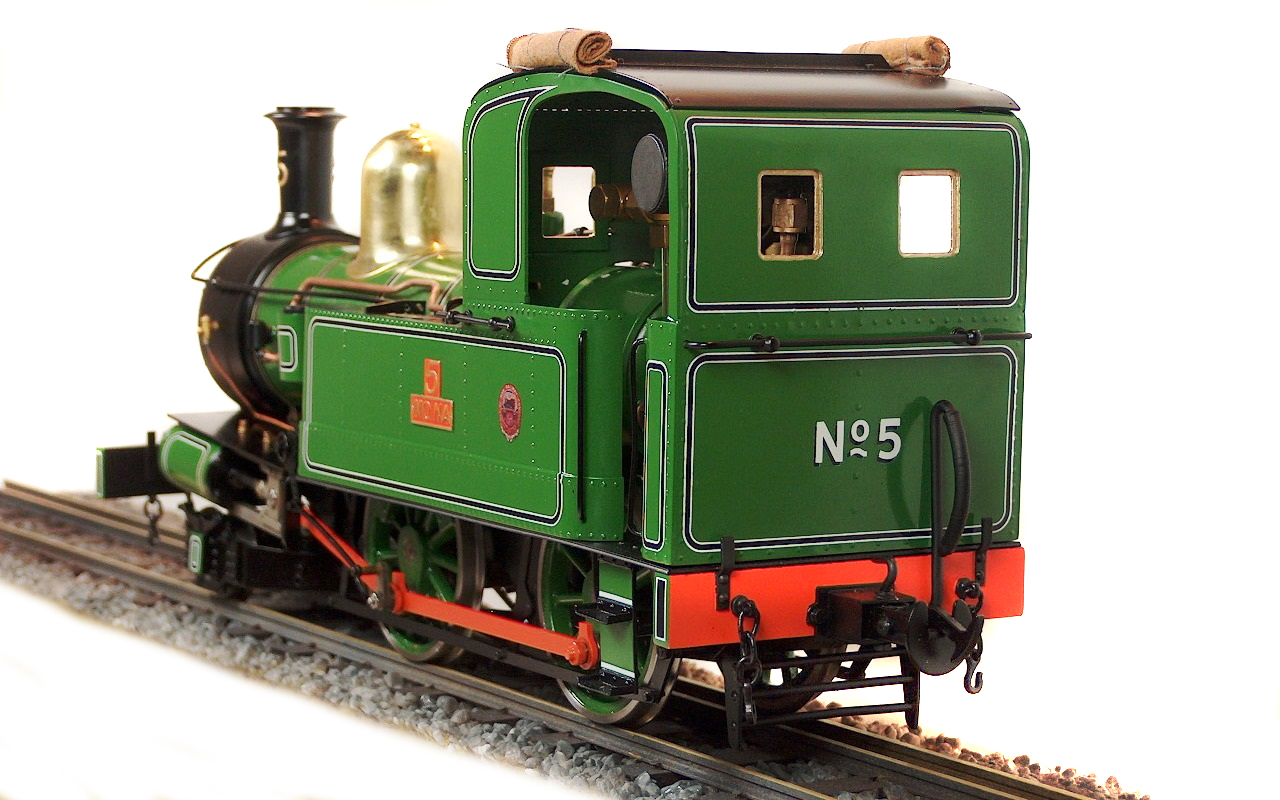 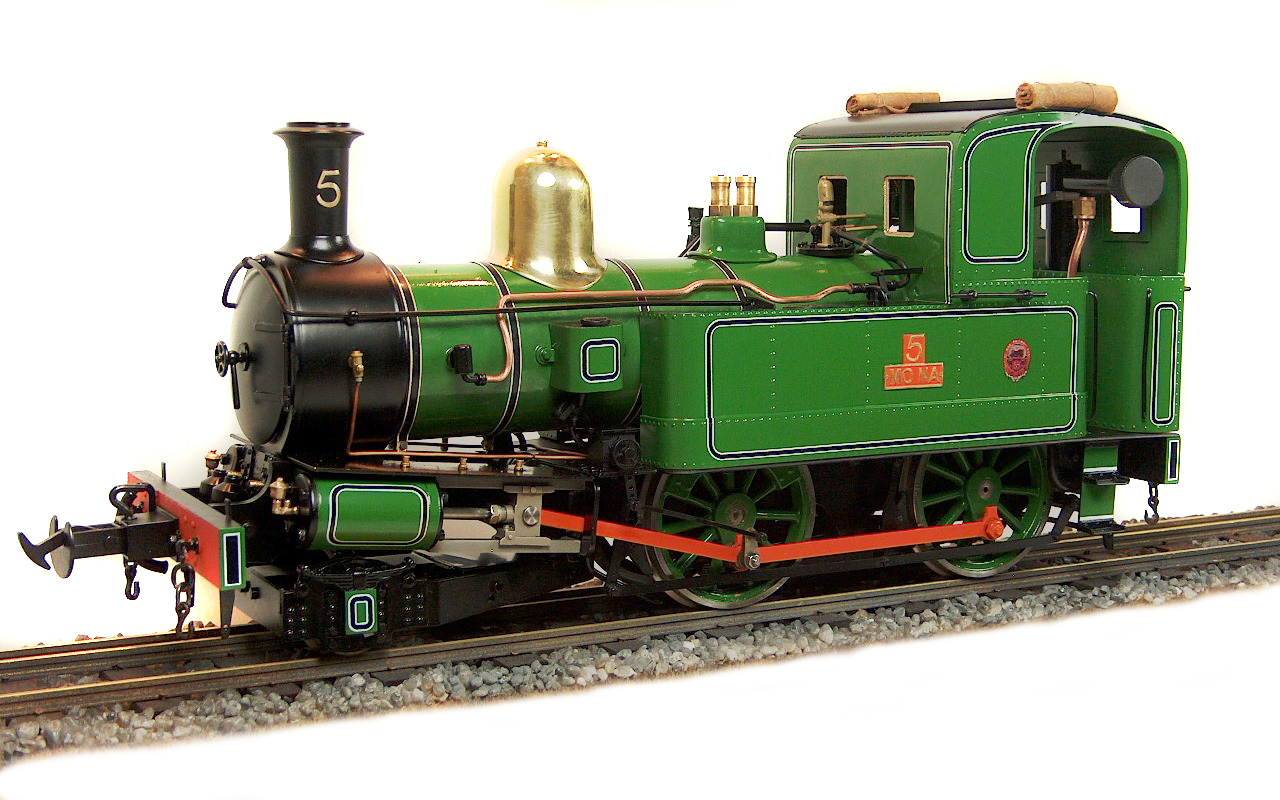 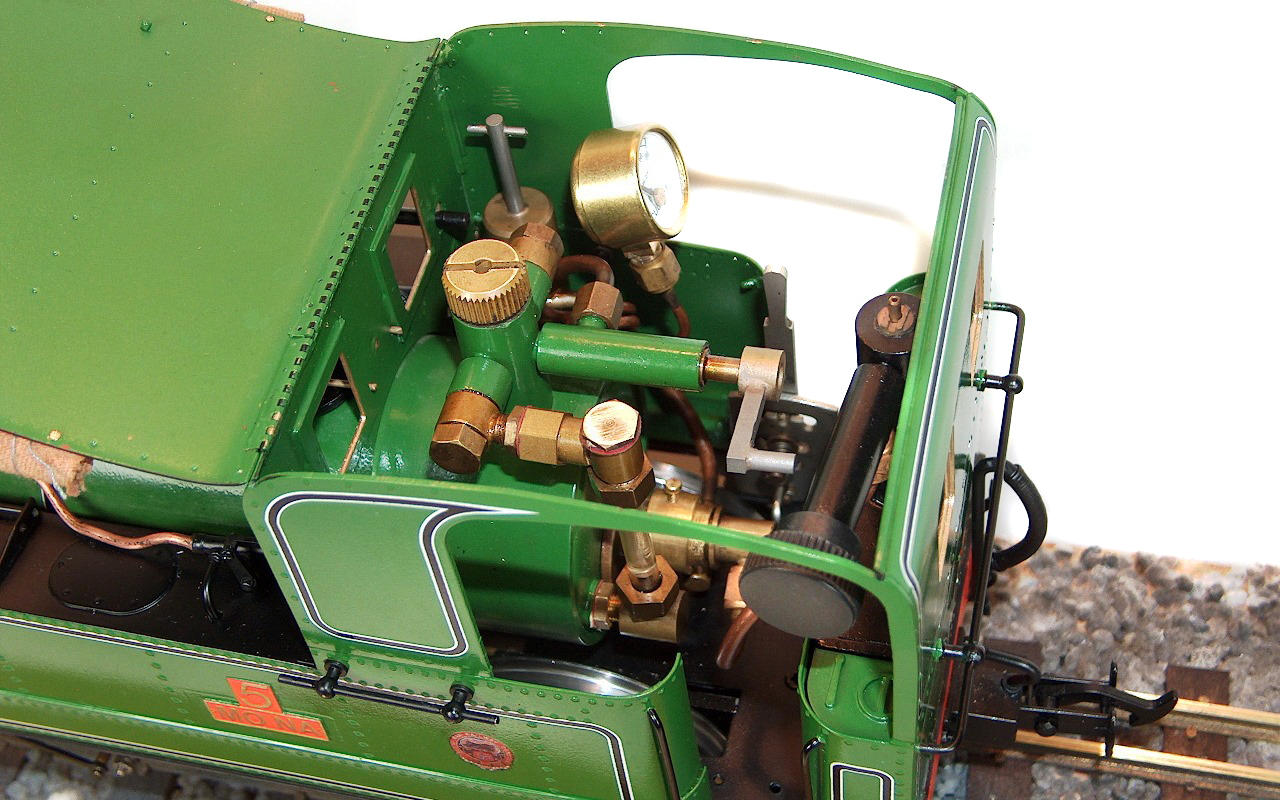 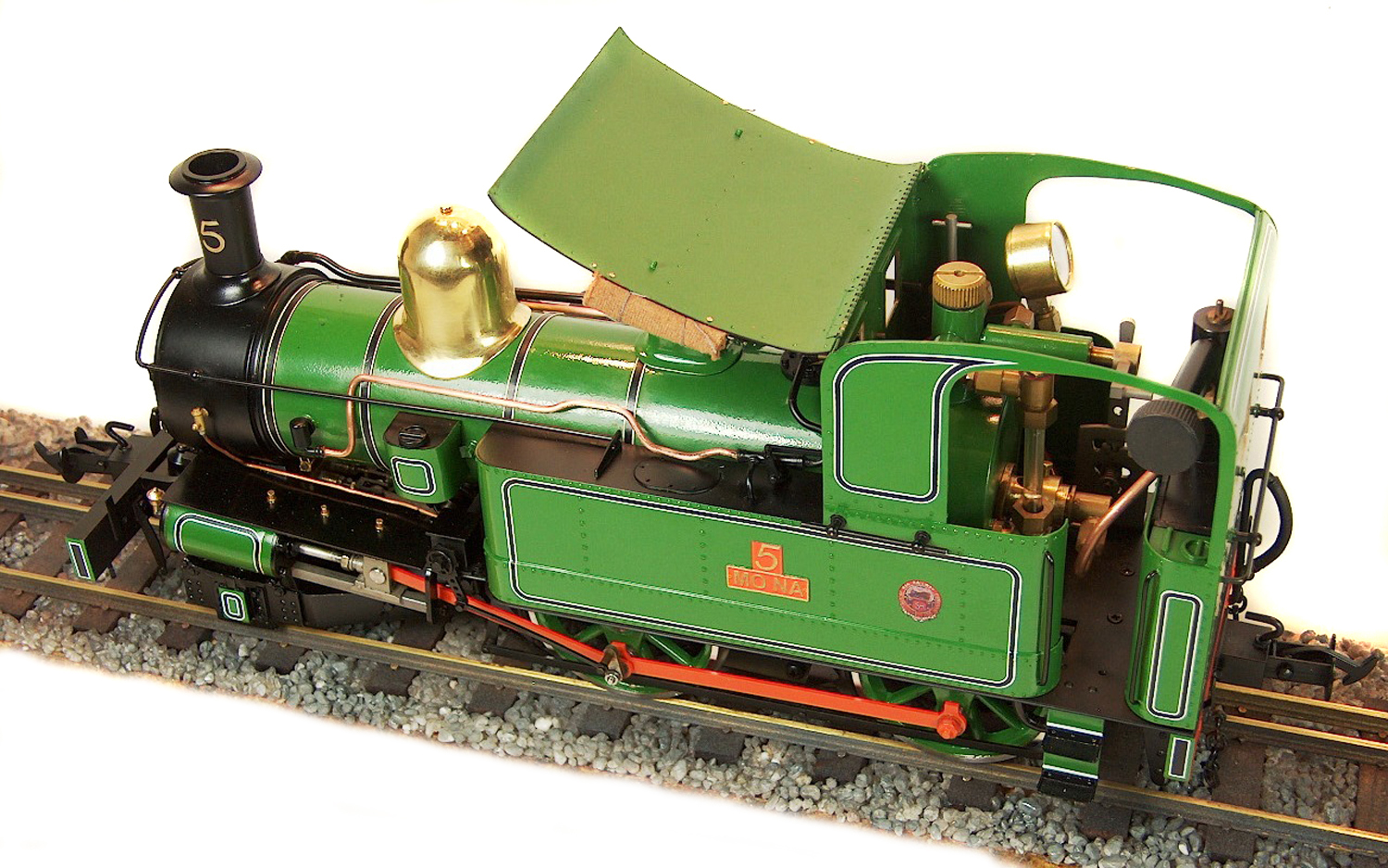