This has been an interesting one!  Fantastically frustrating, massively time consuming, but ultimately extremely satisfying for us here at Steam Workshop.  She's certainly the loco with the most traumatic birth that we've ever encountered!

We first met this locomotive early on in it's build process when it was destined to be the second of a pair of 7 1/4" gauge professionally built 0-4-4 Tinkerbells.  We were asked on behalf of the builder to sell the locos on a commission basis which of course we were happy to do.  A customer was found for the first of the pair, but when we found a customer for this, the second build, they requested that it be re-gauged to 9" gauge for use on the railway to which they belonged.  The builder quoted for the mods along with a few other additions and modifications, the customer agreed and the loco was duly completed.

We had agreed with the customer that we would line the loco out to their specification, so when it was ready, the engine was delivered to us here at Steam Workshop for lining.  Here's a couple of pics of the loco as she arrived with us and the film of the lining going on.

Sadly there were numerous issues with the build quality, and when the loco was tested, fundamental problems that meant that the loco wasn't fit for purpose.  The main steam pipes were fed through extremely small pipes, so the loco wasn't able to get enough steam to the cylinders to perform much beyond half regulator.  The tanks were just stuck together with bathroom sealant, and of course immediately fell apart.  The valve gear was poorly bushed,.... many of the pins were simply bolts, so the threads were effectively machining away at the holes in the rods.  Within the first 100 yards of running the crosshead seized solidly on the slide bar, welding it's self stuck.  The die blocks unscrewed themselves and dropped out on both sides,.... even the center pin on the rear bogie was simply an M6 bolt, which would surely have sheered the moment the loco reversed through it's first tight point frog.  The smoke box was drawing in air, and the paint burned off down to the bare metal.

A long list was drawn up, and the loco returned to the builder for modifications.  Frustratingly, when delivered the second time, although many issues had been addressed, it still didn't work.  The modifications appeared to us both rushed and poorly resolved, and although the loco ran round the track for a few hours, the die blocks still fell out several times, the tanks still leaked and the engine still wasn't steaming as freely as it should have been.

Disappointingly, the builder refused to do any more, and as you can imagine, the customer decided enough was enough.  Although technically our involvement was still purely to sell the loco on a commission basis for the builder, the reality was that the customer had been prepared to buy the loco from the builder in the first place because they trusted our good name.  So on that basis the decision was made to take control of the situation in the only way that we could, by buying the loco from the customer ourselves.  This way we could deal with the locos problems in house here at The Steam Workshop in our own time, and in the ways we felt sensible.

So now, with the loco in our ownership, we had the decision to make whether to go the simple 'fix the problems and sell on' route, or whether to go down the more serious and costly route of a full re-build to make the whole thing the loco it should have been in the first place.  A full rebuild would necessitate a higher end value to make it viable commercially, and therefore it'd have to look like a much better loco as well as physically be one as well.

Ultimately the decision was made for us.  As always we were so busy at the works, that after a few months, we decided to ship out the bottom end for another company to do the re-gauging work and to re-bush and 'sort' the motion.  Again, when it came back, the flanges were now cutting into the main external steam pipes necessitating a boiler off fix,..... and once we'd gone that far in, economically there was no way back other than going the whole hog!

Now,..... you'd think the story of poor Tinks woes would be over by now, but no!  The further we got in the more we unearthed!  The wheels on the leading wheelset were found to be offset to the right,.....not by a few thou,.... but by a whole inch!  The internal spring hangers had simply been hack-sawn off in order to get the wheels wide enough for the 9" gauge such that they were no longer able to hold the springs captive.  The outsides of the wheels presumably being relied upon to do so by rubbing up against the springs!?  The loco now re-gauged to 7 1/4" there was nothing to retain the springs which were now able to drop out at will,.... so of course, new hangers were made and fitted, the wheels were pressed off the axles again and the axle re-machined to centralise the wheels and the whole thing could then begin to be re-built from the bare frames up.

More to follow shortly, but for now enjoy the film of her first steaming and runs post re-build. 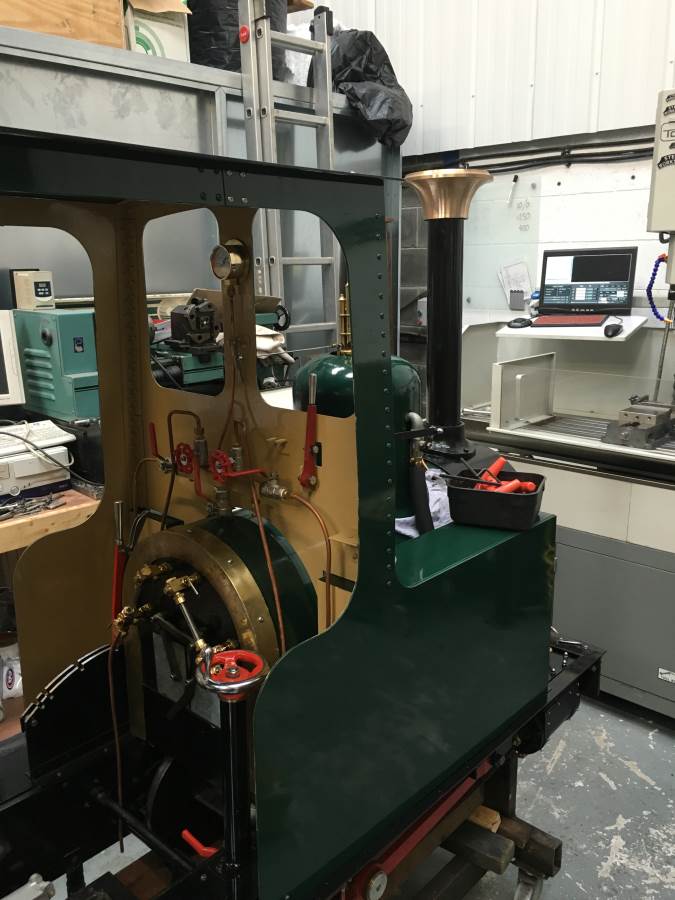 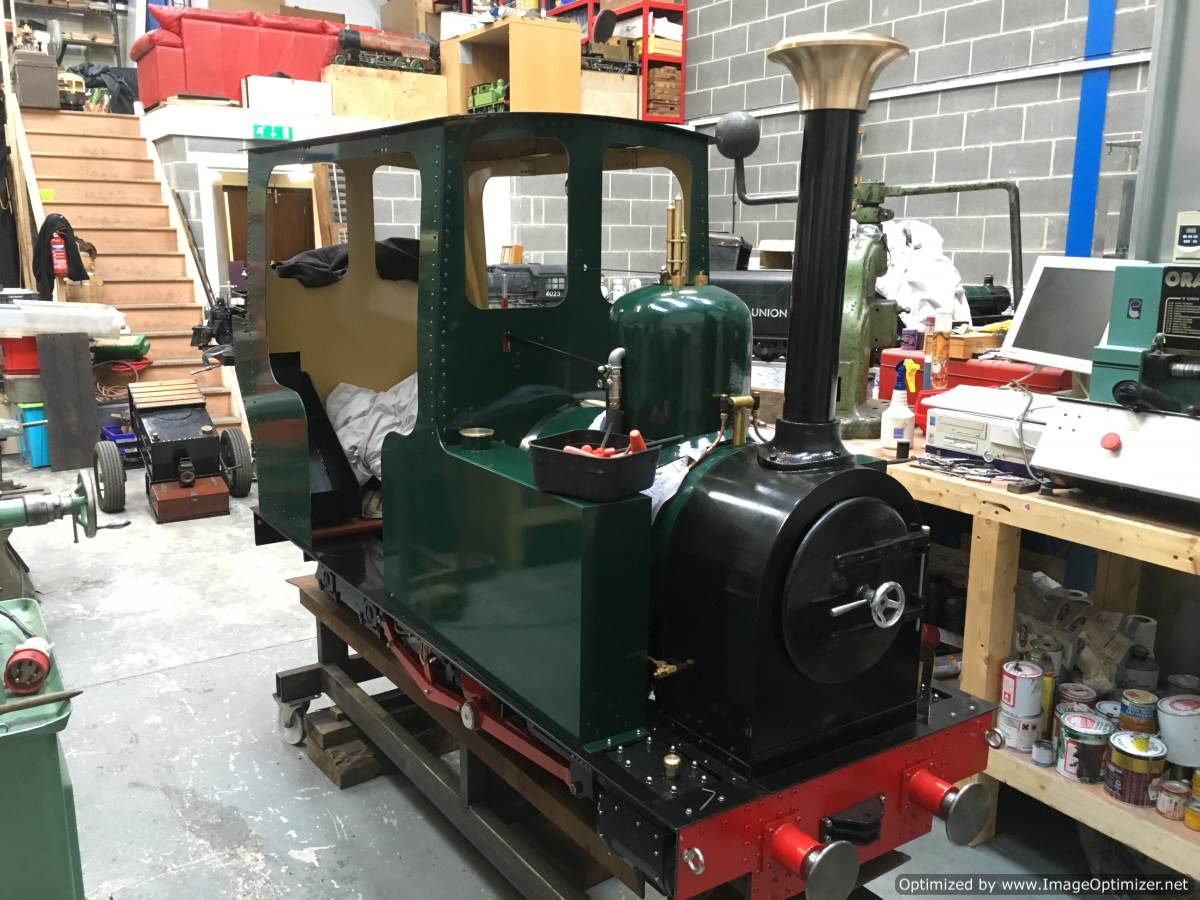 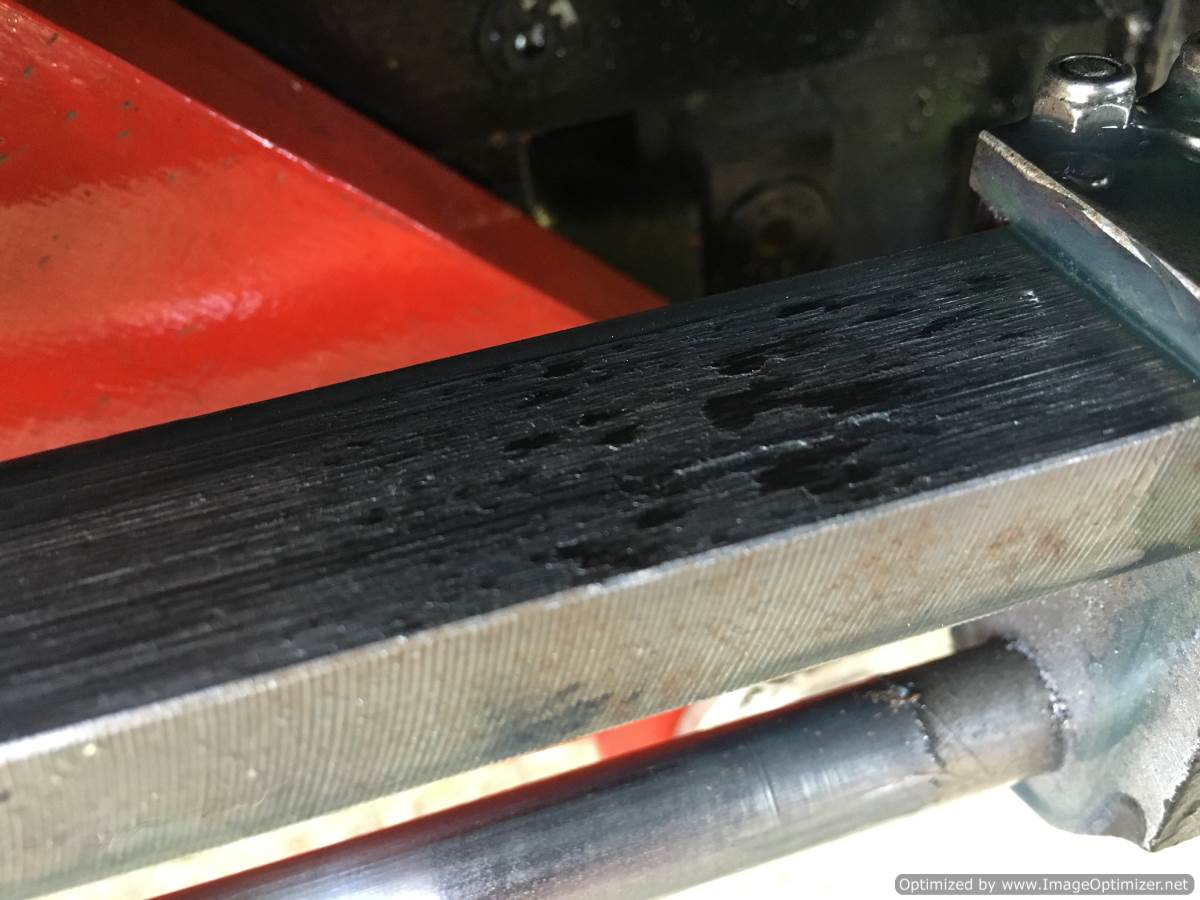 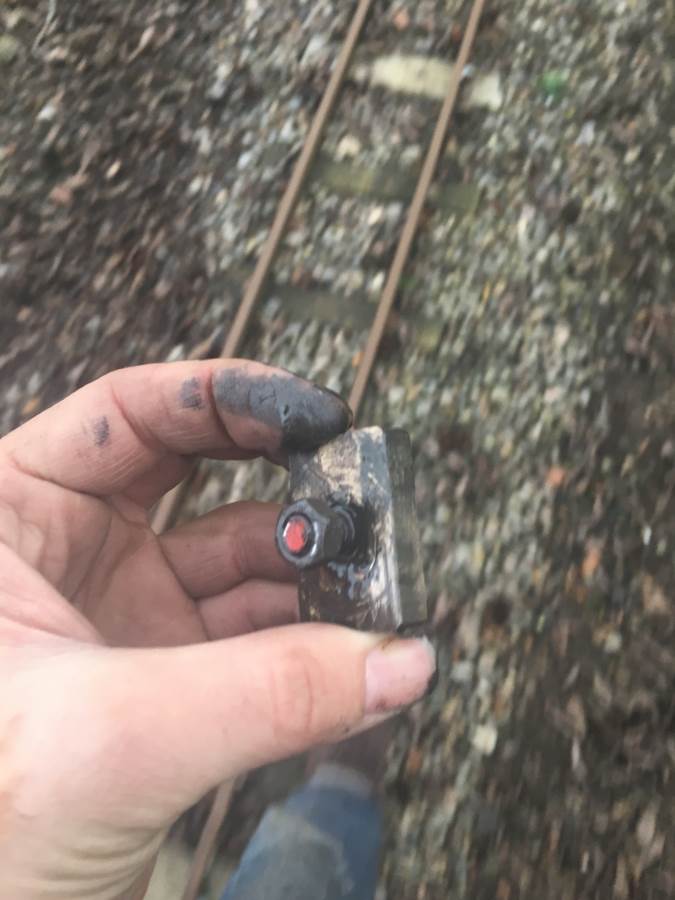 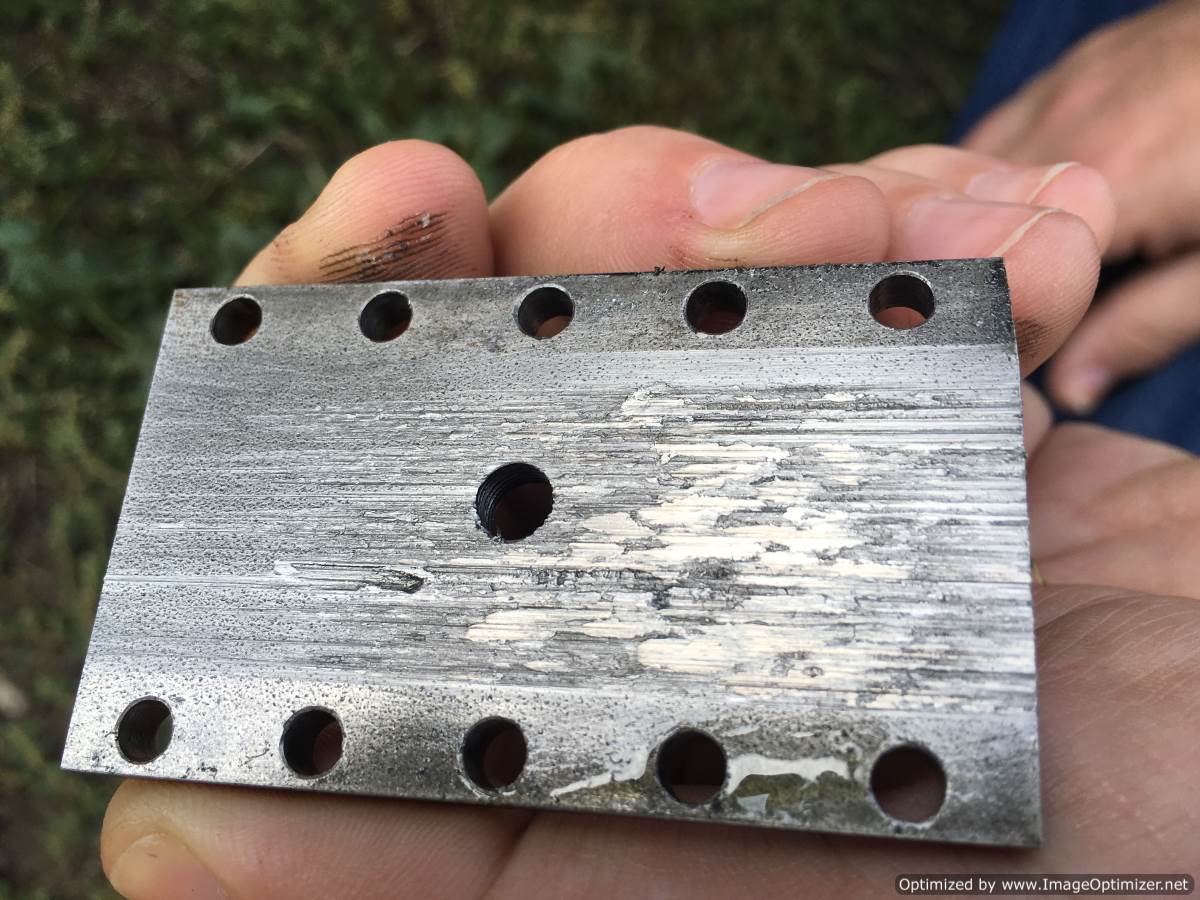 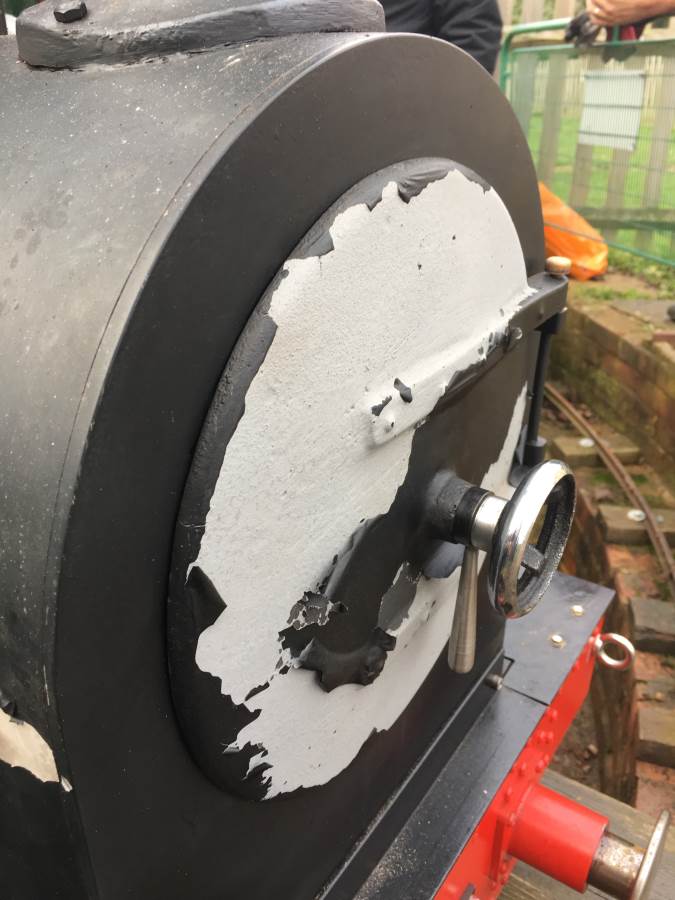 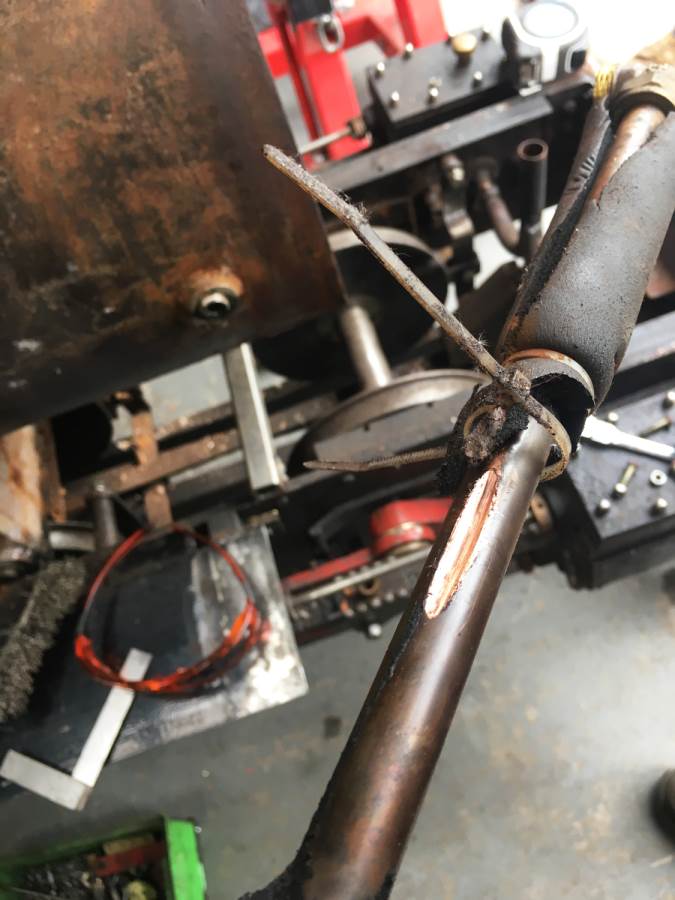 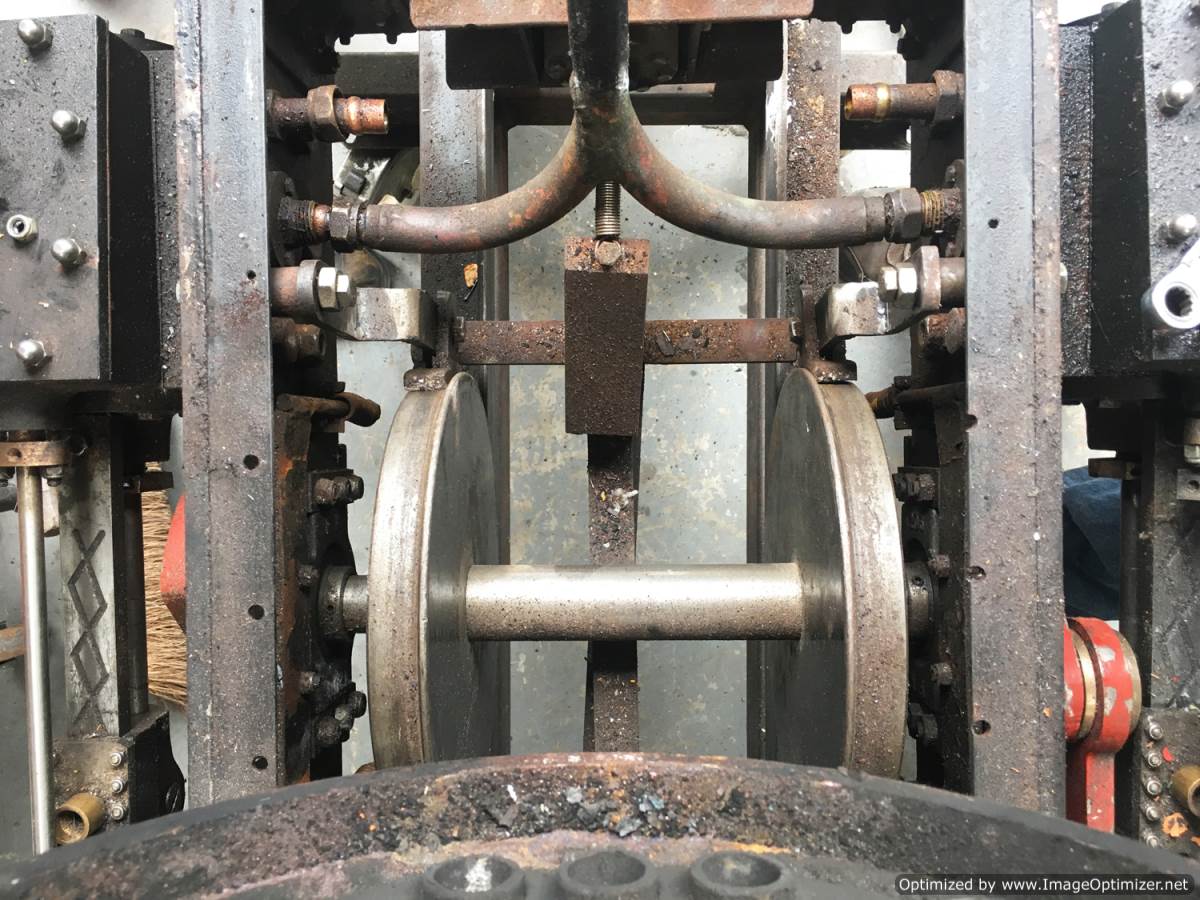 Tinkerbell wheels off centre on the axle-Optimized 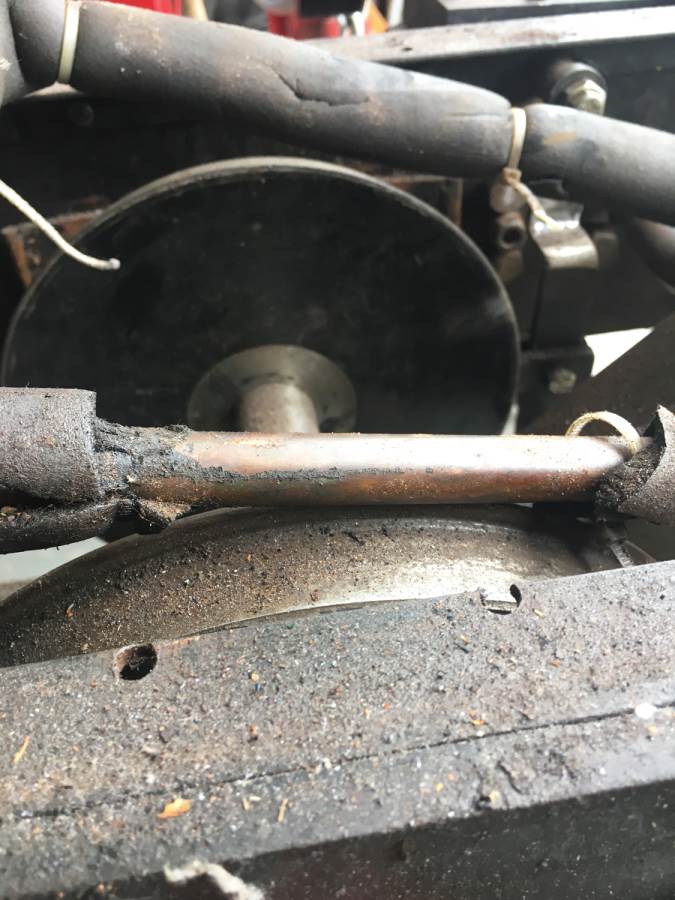