It's worth having a brief look at some historic photos of the other locos from the batch of 5 supplied to Tully Mills by Fowlers of Leeds in 1924.  They were  delivered as identical engines but obviously gained individual modifications and subtle differences over their working lives.  But ostensibly they are identical to our loco so well worth including in this little delve into history.

As far as we can determine, the livery for much of the locos' lives was a dark green with red frames, and although we don't have a colour photo of our loco to show her like that, we do have a photograph of Tully number 2 (16339) to show us exactly what they were like as running in the 1950s.

The Tully fleet were at some point (presumably in the late 1950s) re-liveried into yellow and red, which the diesel locos they run today still wear.  Certainly Tully No.3 (16338) retained her green livery until retirement though, and is seen pictured here in 1966, along with a very yellow Number 4 (16340) on the far end.  So it seems reasonably likely that our loco, having retired earlier in 1961 probably never made it into the yellow.

Number 1 is photographed here we believe in the 1950s, (in the dark green) and then the last photo is in the yellow and red livery as languishing in the scrap line in 1965.  Sadly Number 1 was not saved by preservation.

This is the works photographed loco.  Number 2 is photographed here over a range of years.  We can date the colour photo from after 1956 because of the repair patch to the smoke box door, and a good few years before the last 1966 photograph in a rather tired yellow livery.

Lastly, here's a more recent photo from 2010. Number 2 in her current condition.

Sadly Number 3 was not saved for preservation.  The 1948 photograph showing the loco fitted with a large spark arrestor is an interesting one.  It can probably be explained by coal shortages caused by industrial disputes during and after World War II, necessitating the burning of wood fuel.

Sadly Tully number 4 was also unable to escape the cutter's torch, and was scrapped at some point after the last photograph was taken in 1966.

Then of course there is our loco, Number 5.  We've just included these photos of our engine at work here as well, but obviously the bulk of the story of our engine is back on the main page. 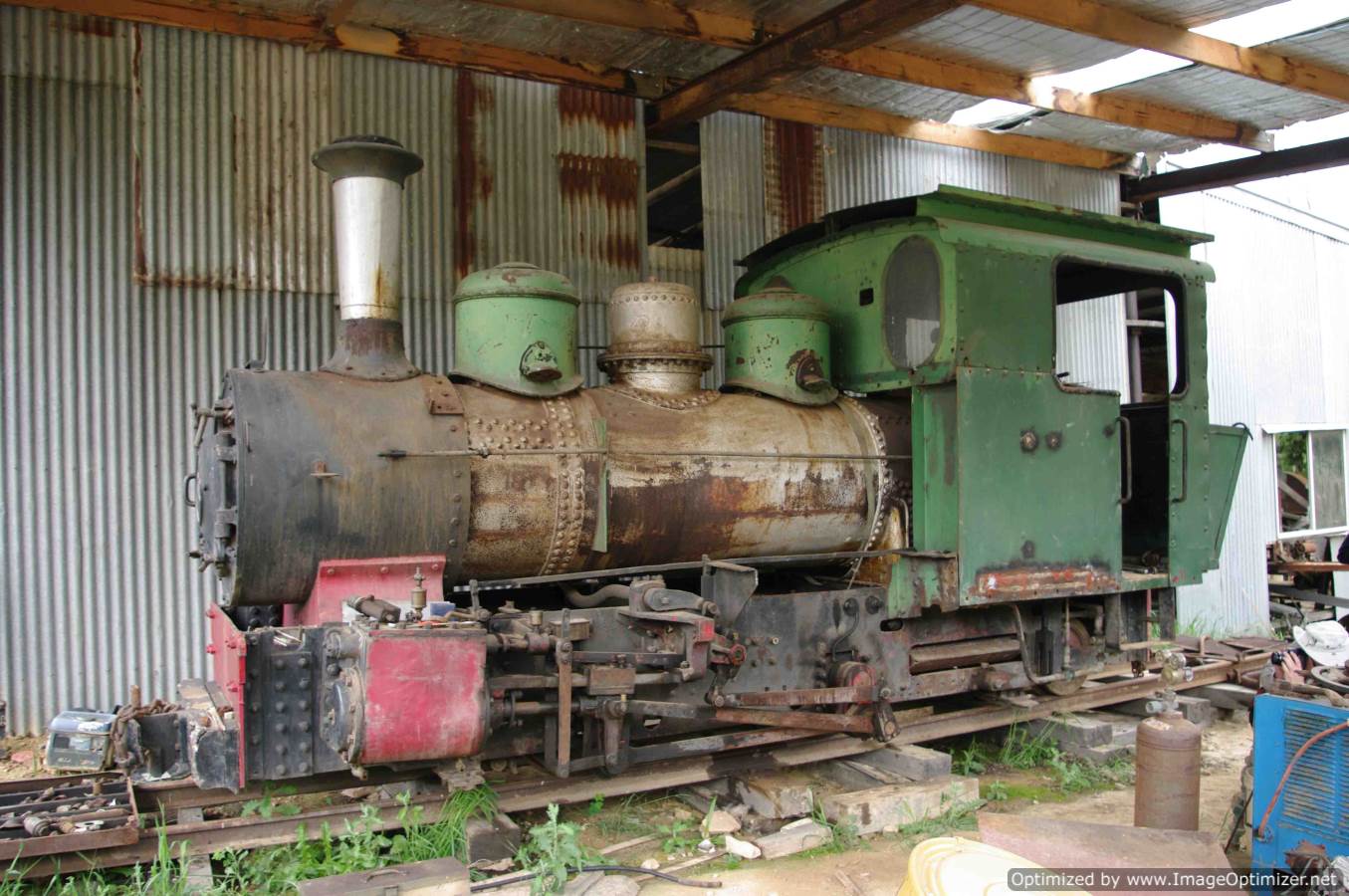