Here we have another 5″ gauge BR Britannia!  This one is again built from a Winson kit, but the builder went through the process of changing the known bits that the original kits had particular problems with, including in this case the fitting of PTFE piston and valve rings.  That said, although the build was finished back in 2003, it is more or less a new engine, having only been run around 6 times, spending much of it's life plinthed at the builder's home.  The last time it was run being 7 years ago.  It’s obviously a professional silver soldered professional copper boiler from Winson, (which can come with a fresh 4 year hydraulic cert), and generally speaking, apart from the mechanical ‘tweaking’ (!) it is essentially a standard Winson Britt.  By that we mean that if you wanted to throw another £3000 worth of Hewson detailing bits at it (which we now supply,.....  Just saying.....!), it could be made to look pretty much right!

There are two injectors fitted, and axle pump and a hand pump in the tender.  Lubrication is mechanical under the running boards and plumbed into a tee piece to feed both cylinders.

(we’ve added a link below to one we had in a couple of years ago, so that you can see what they can look like with most of the bells and whistles added):

Photos to be taken and added shortly, but for any more information please don't hesitate to give us a bell on 07816 963463 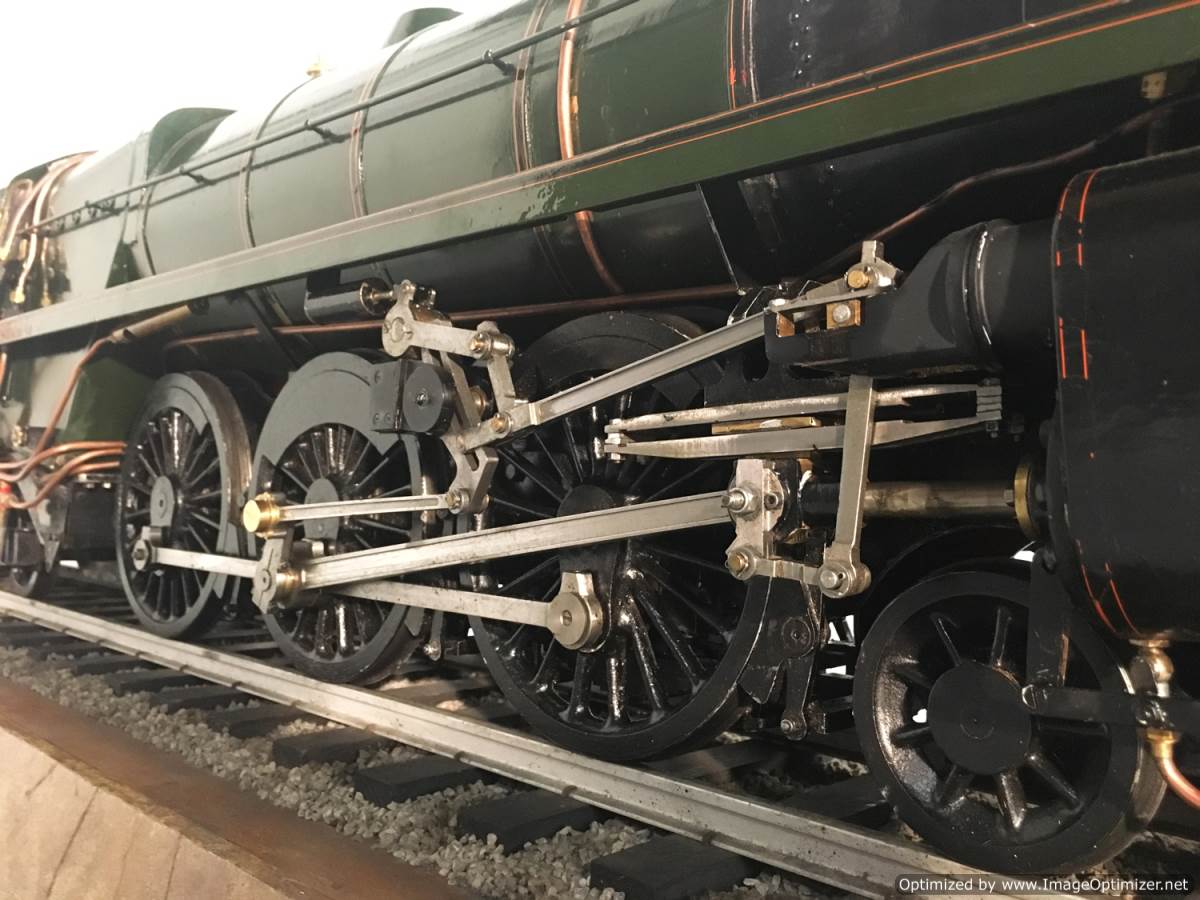 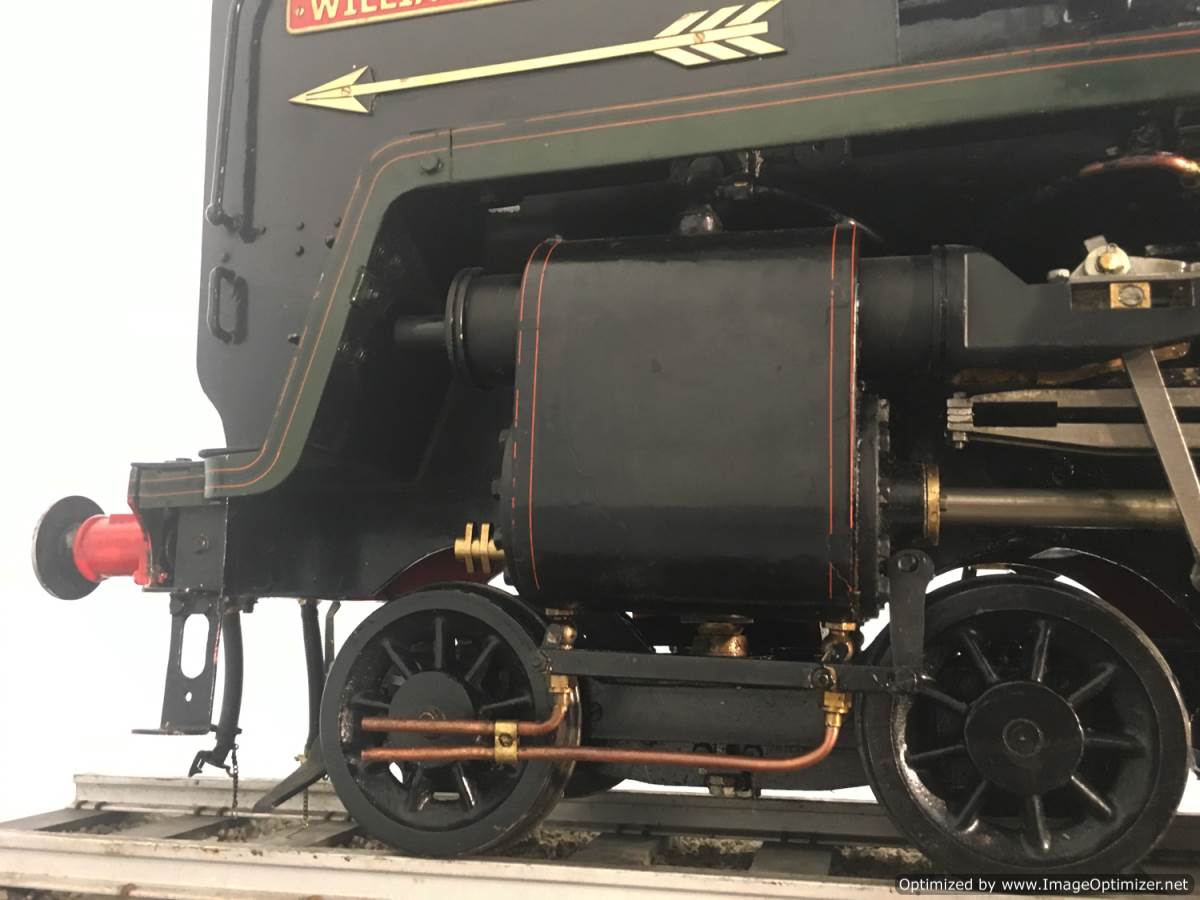 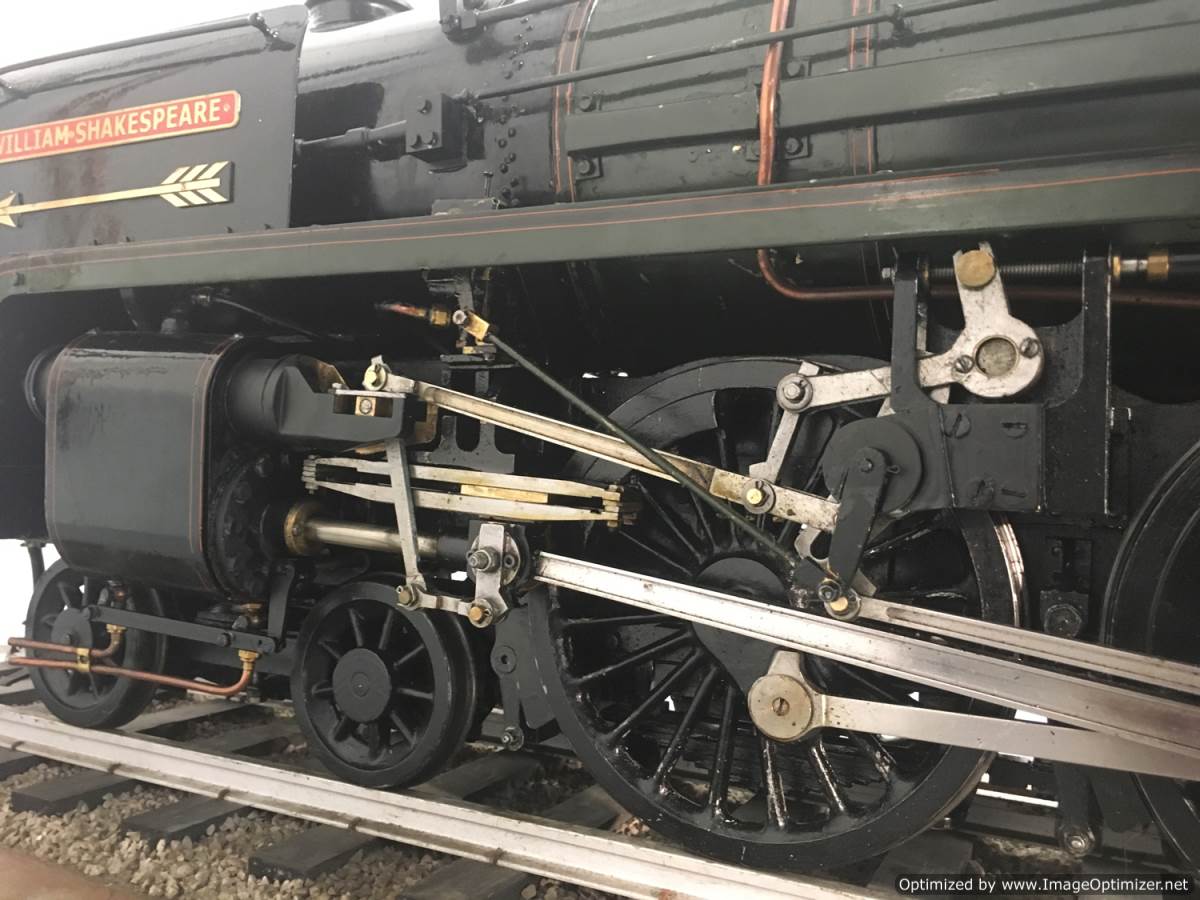 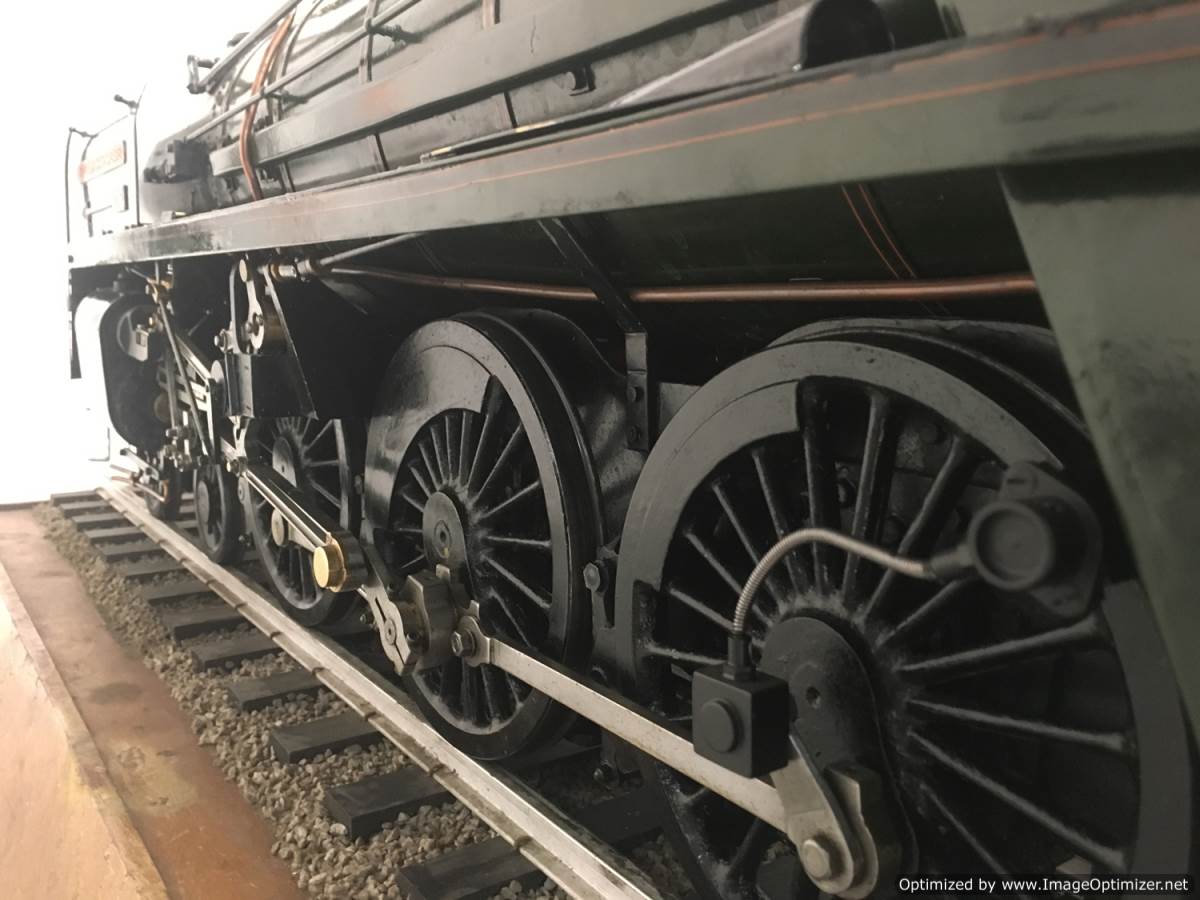 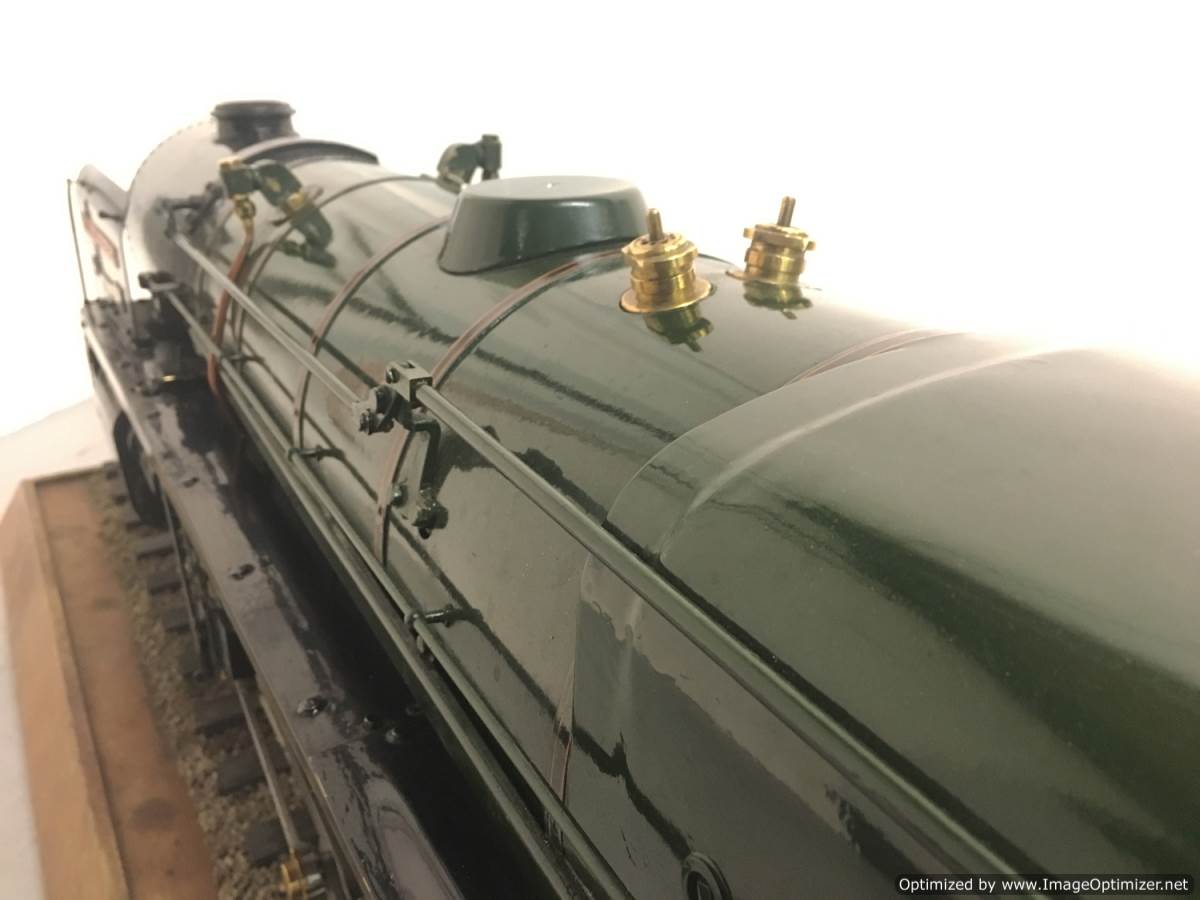 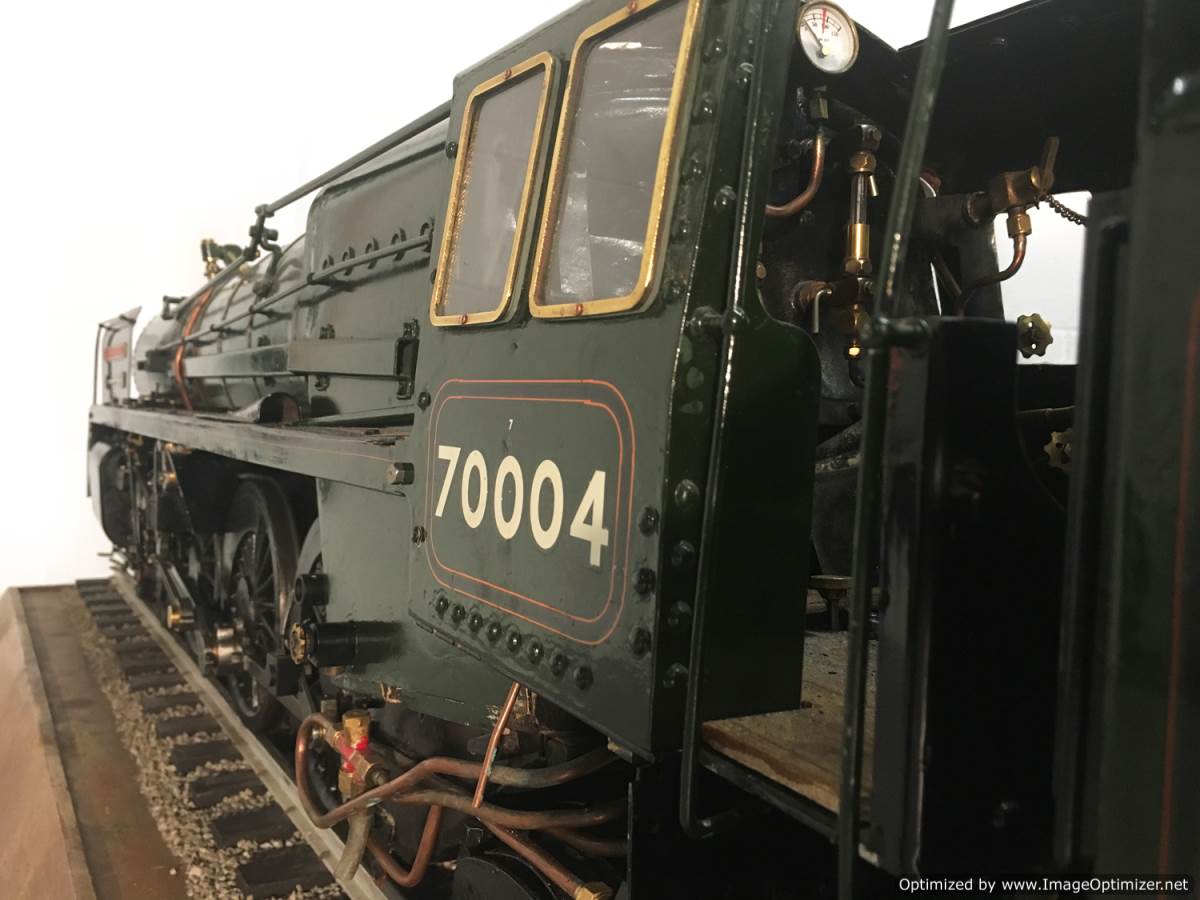 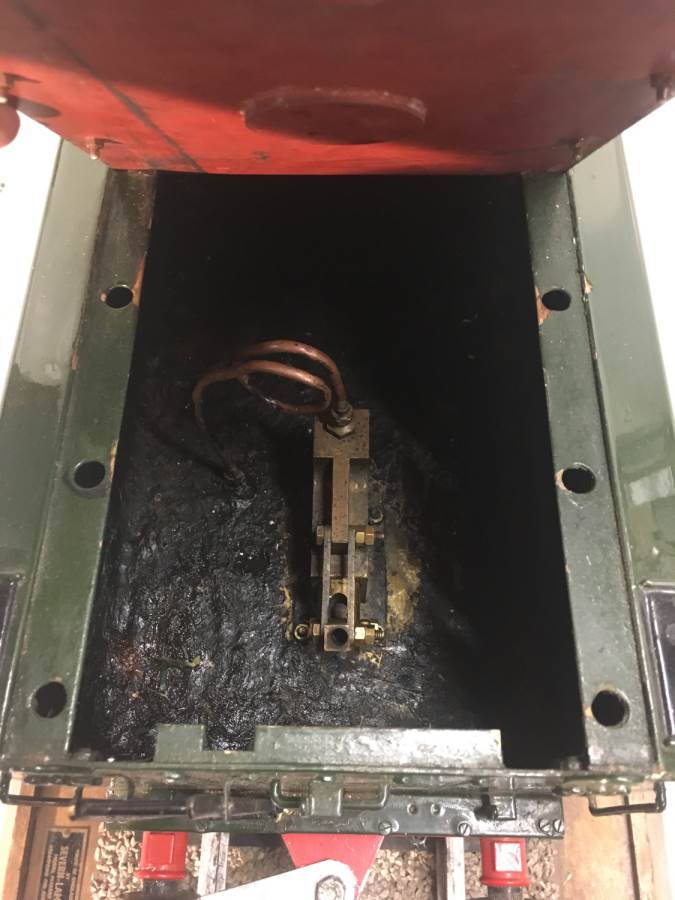 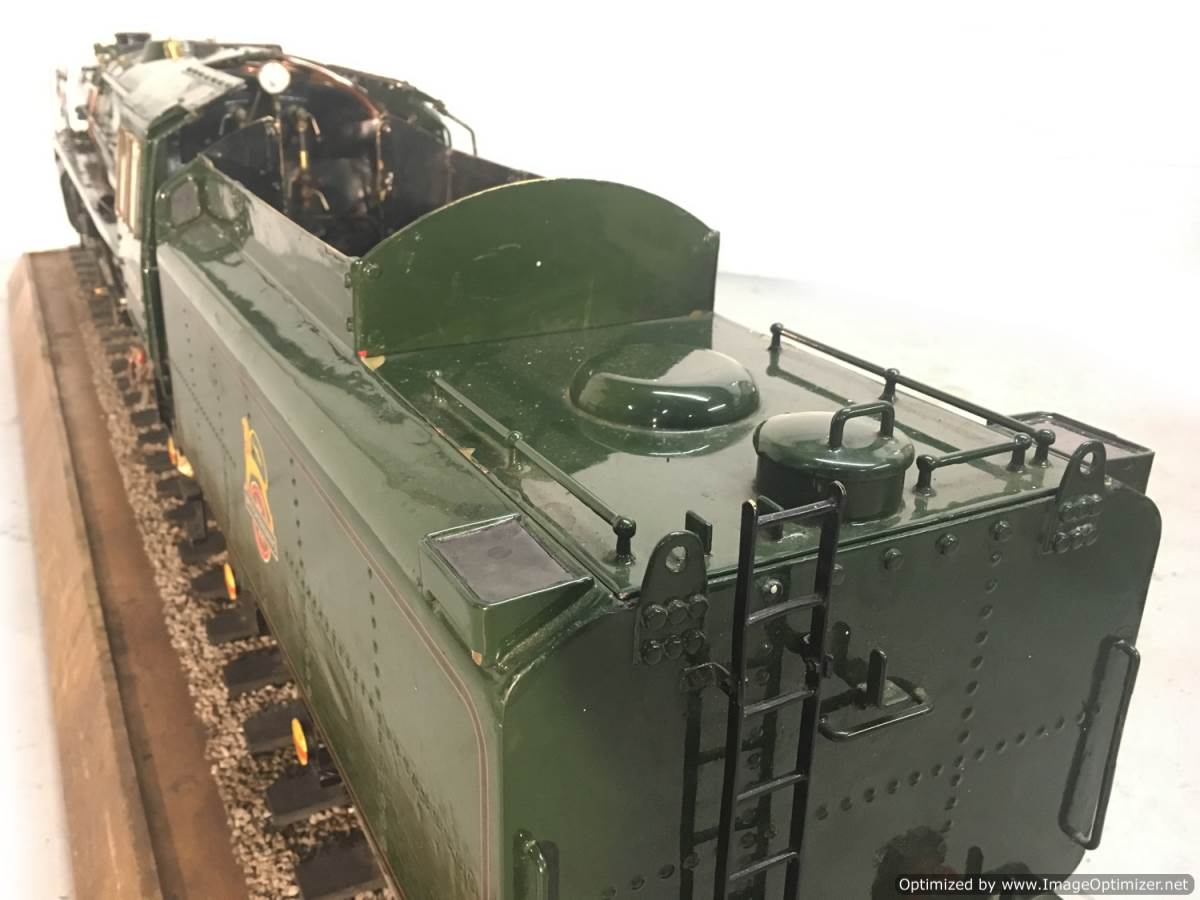 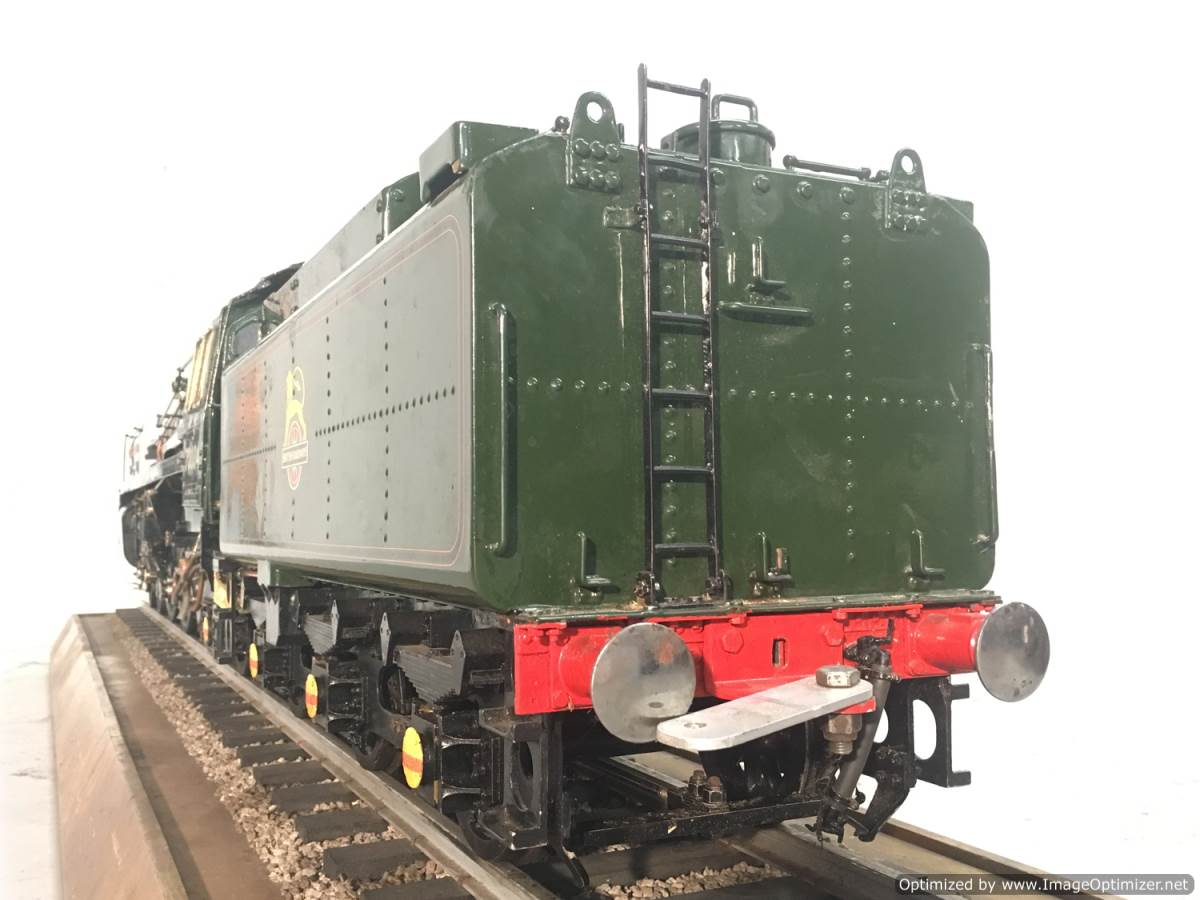 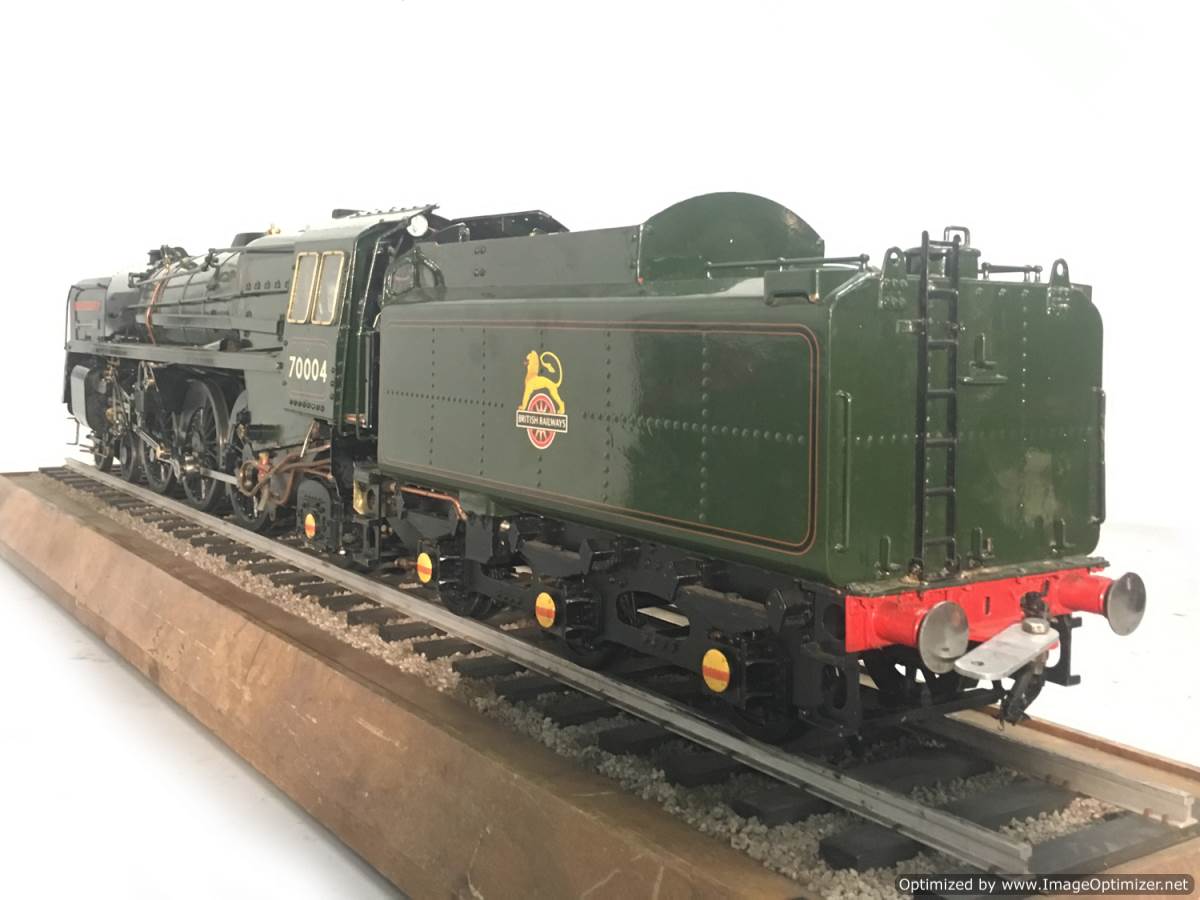 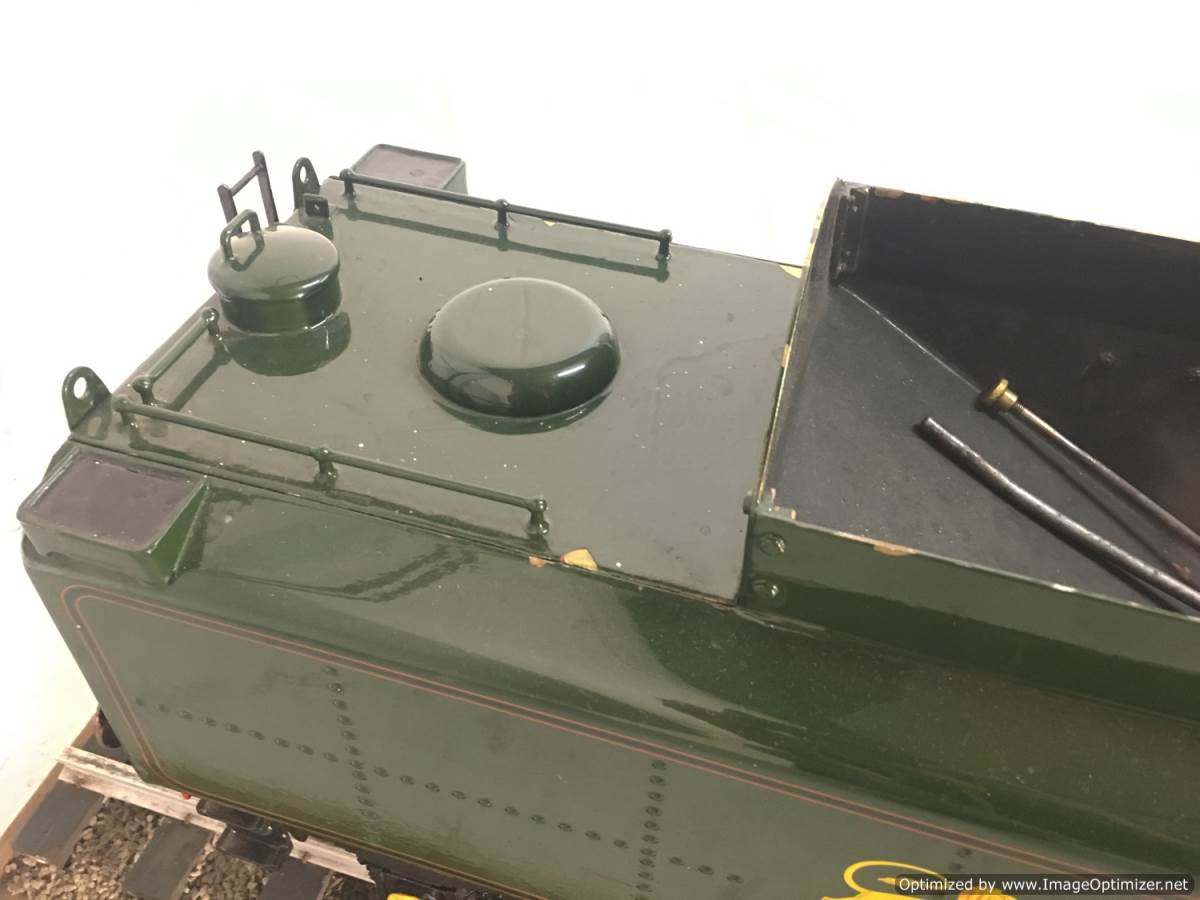 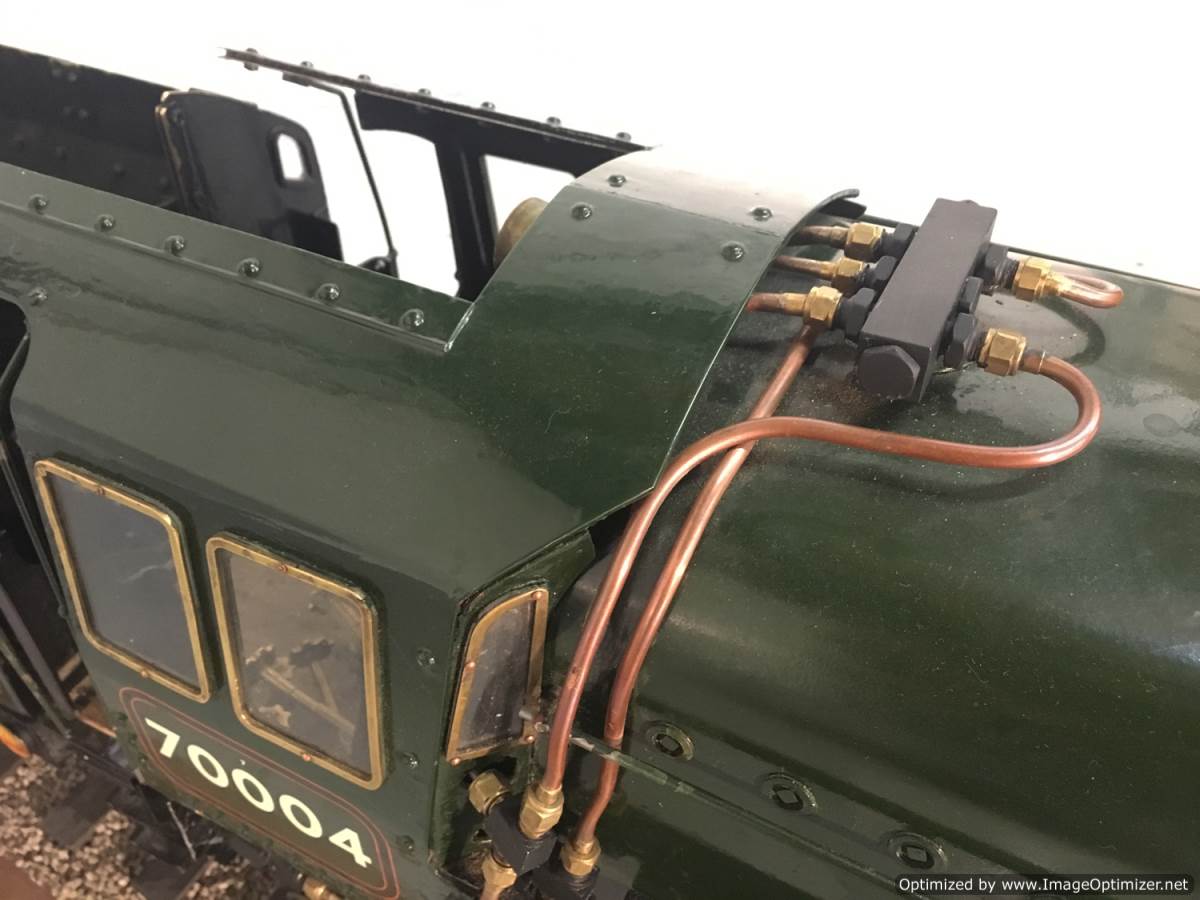 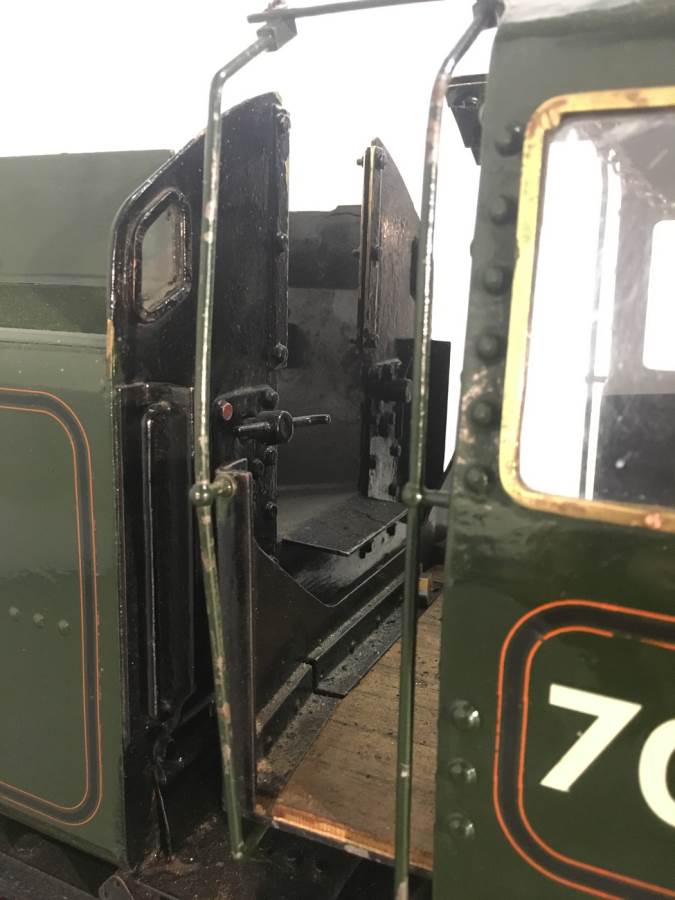 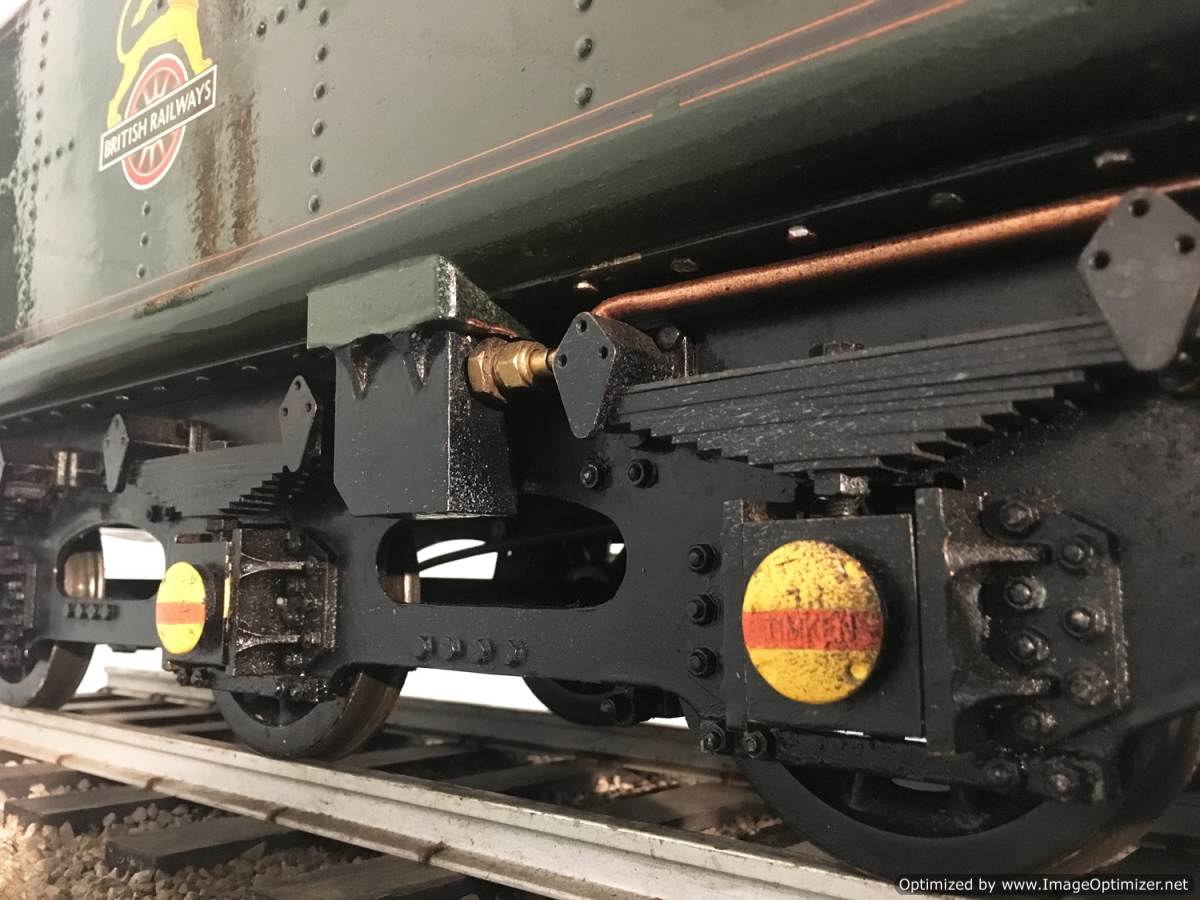 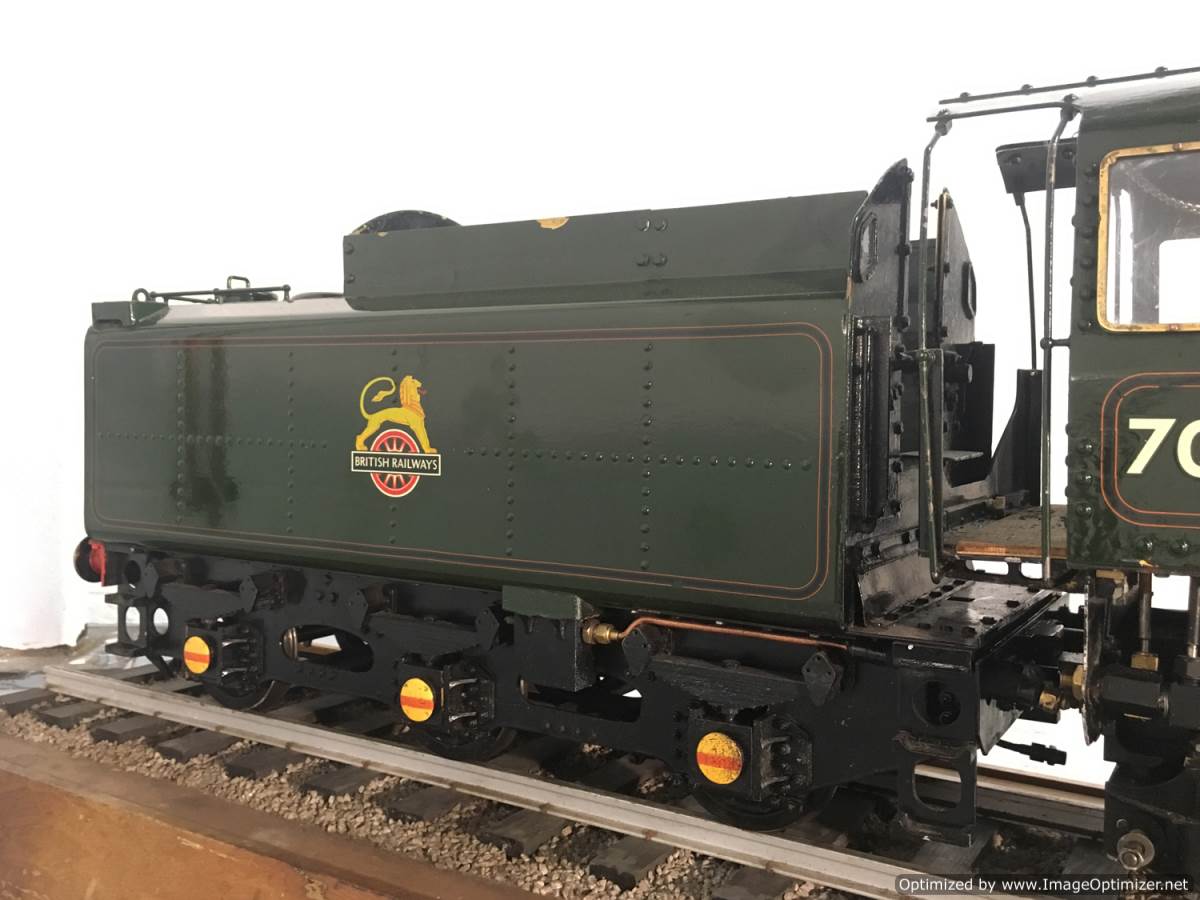 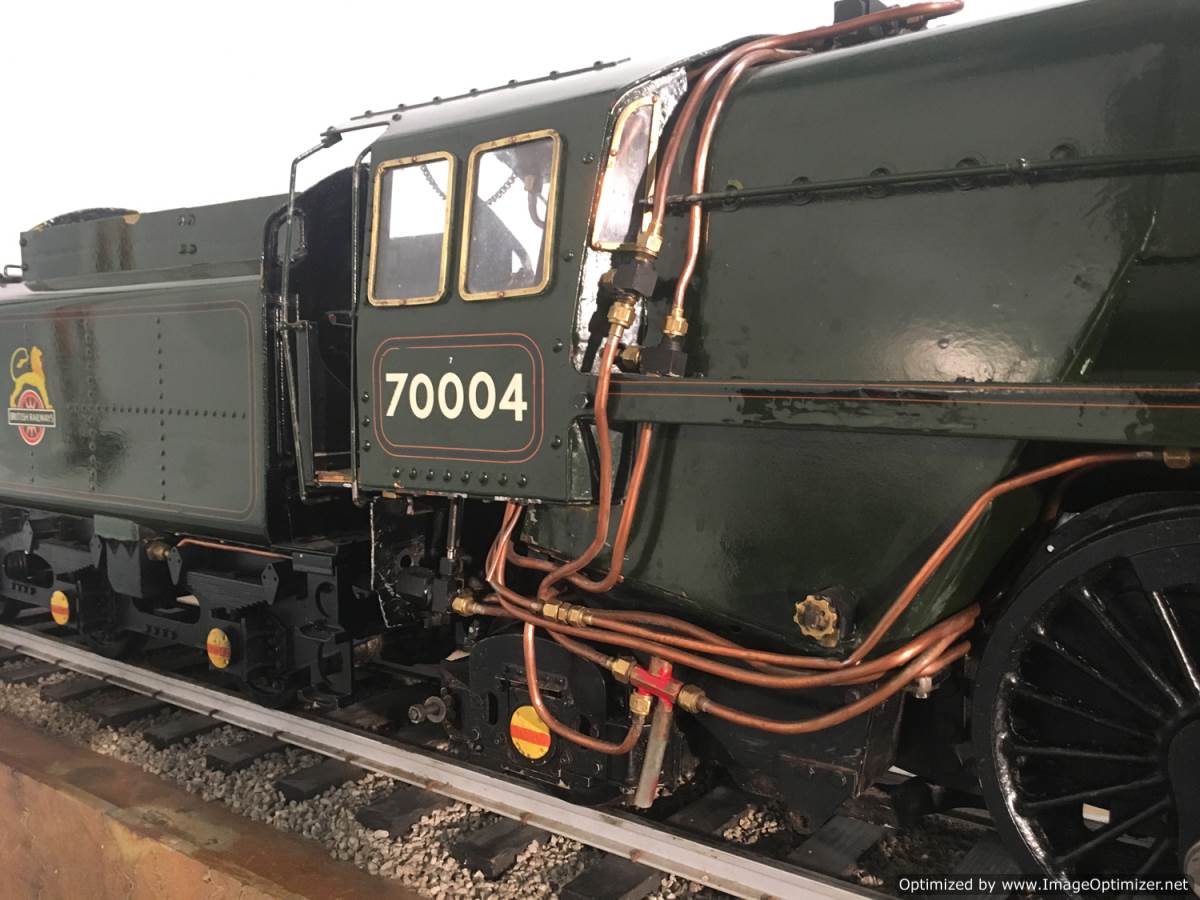 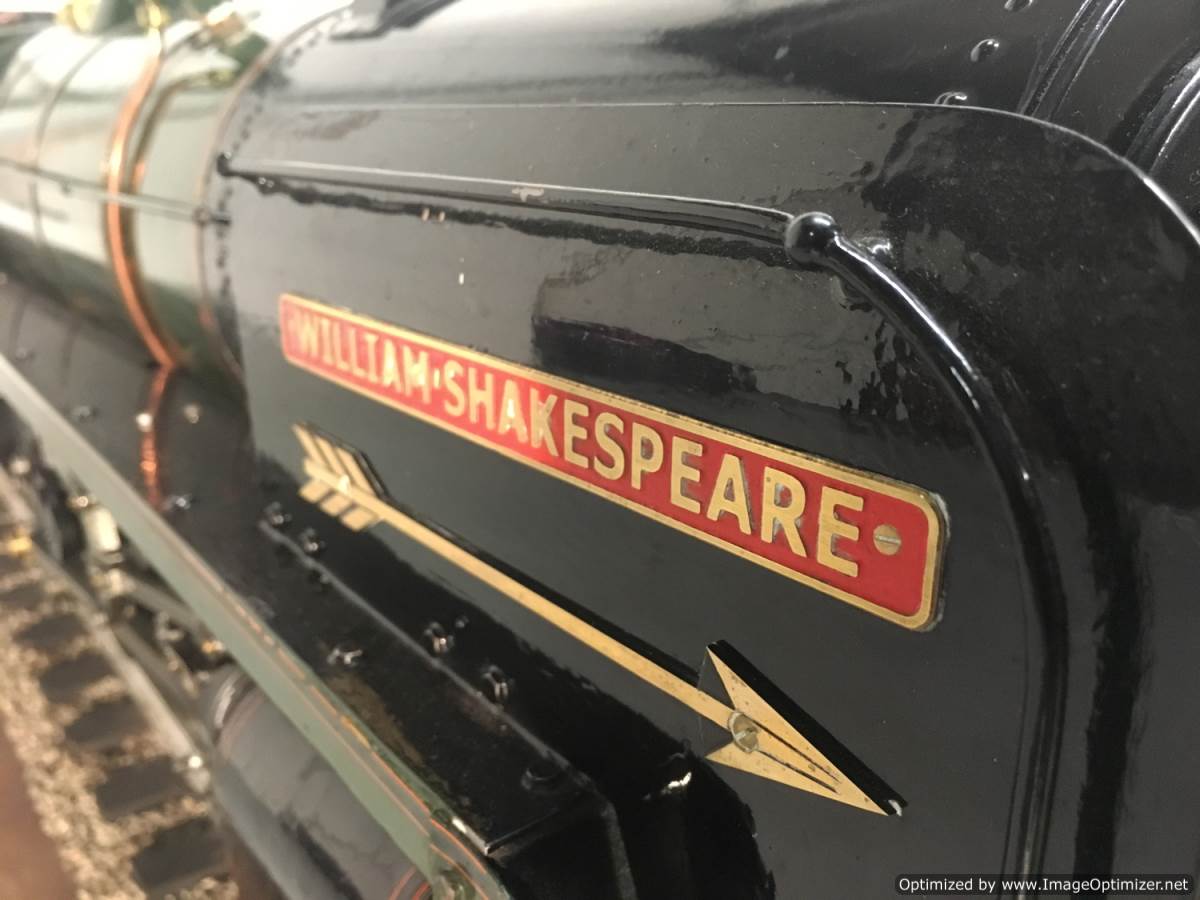 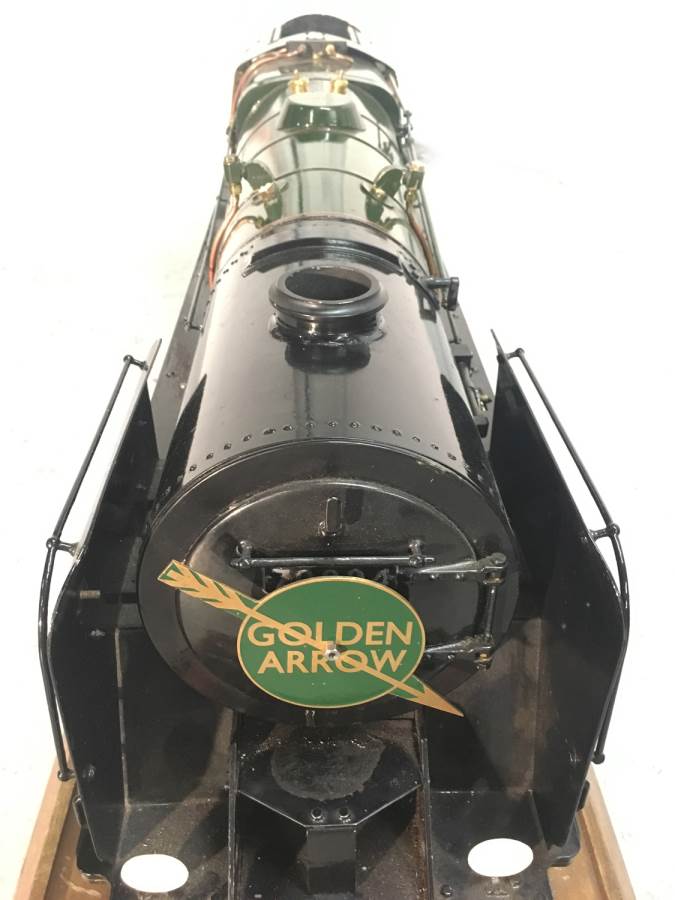 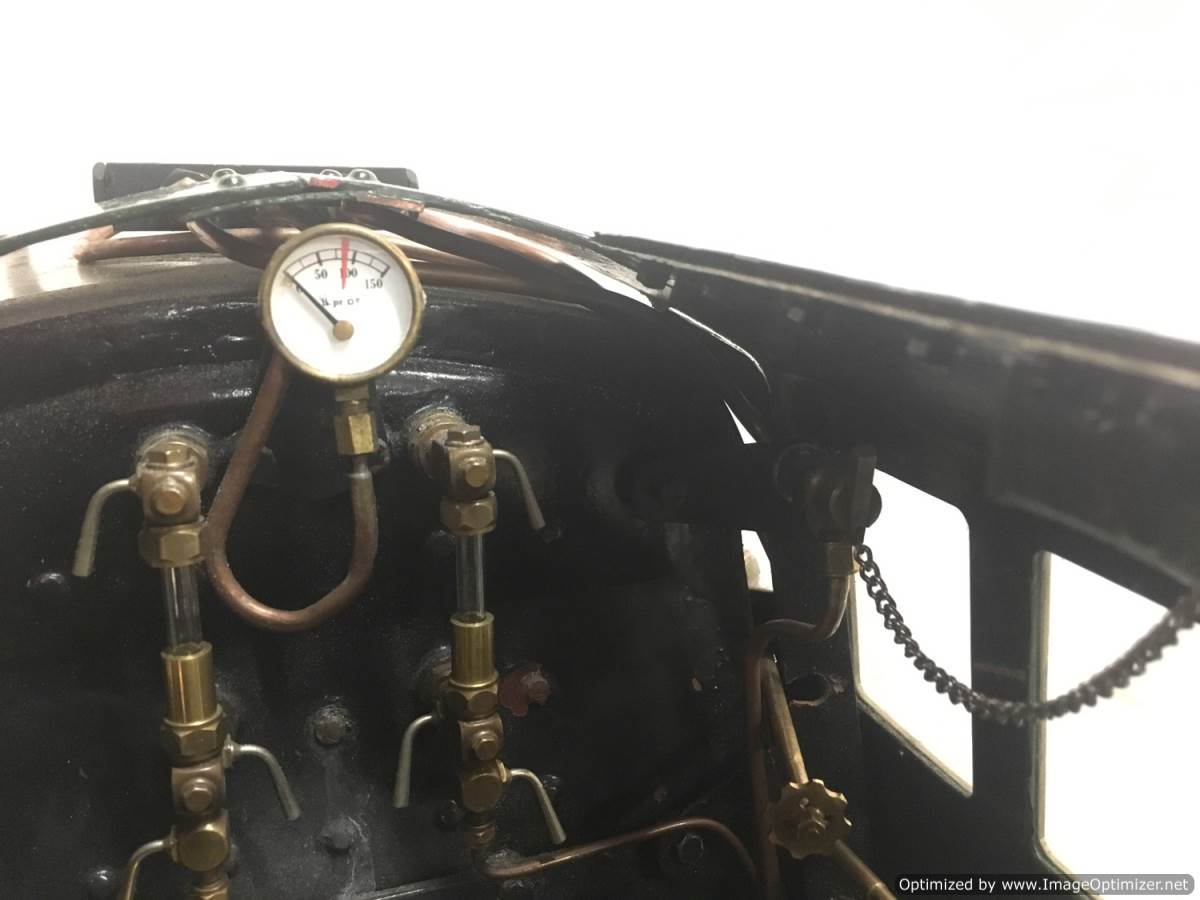 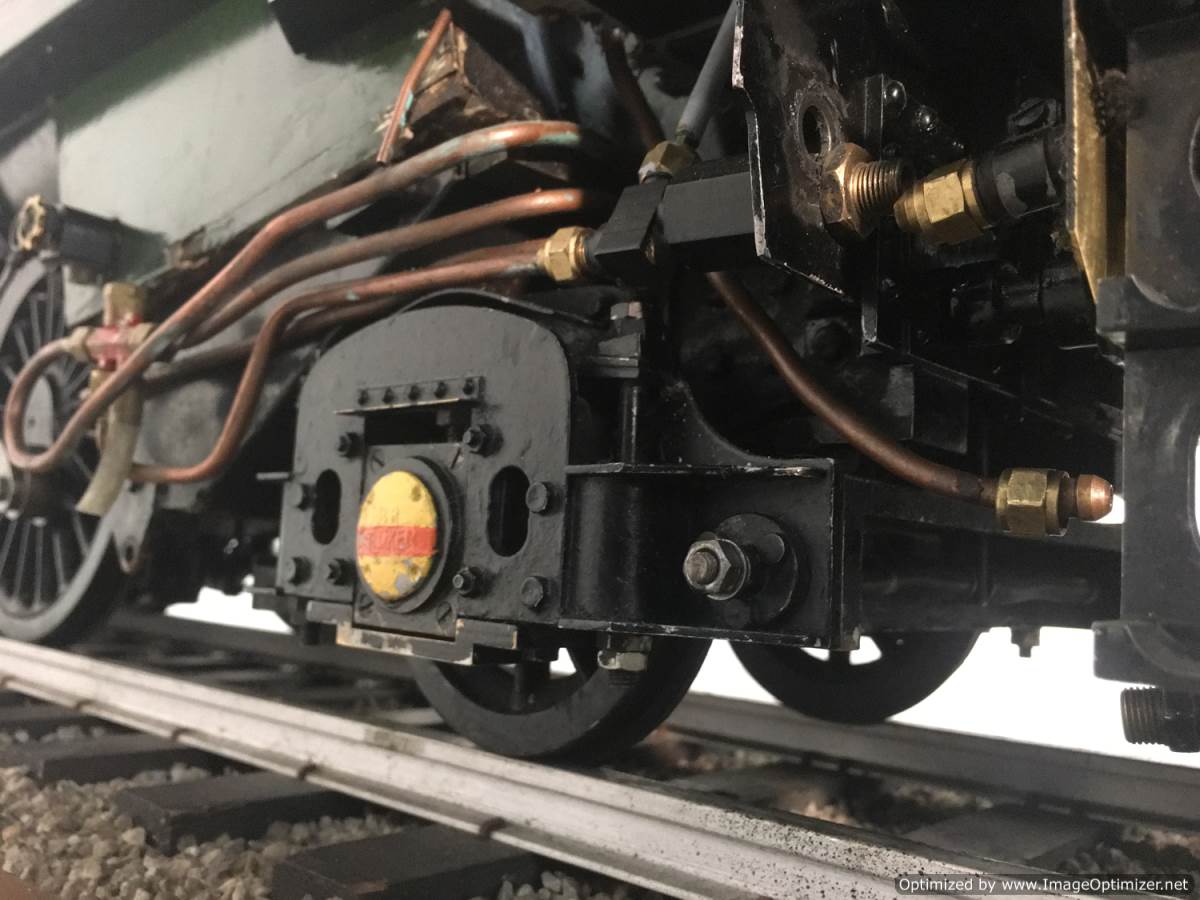 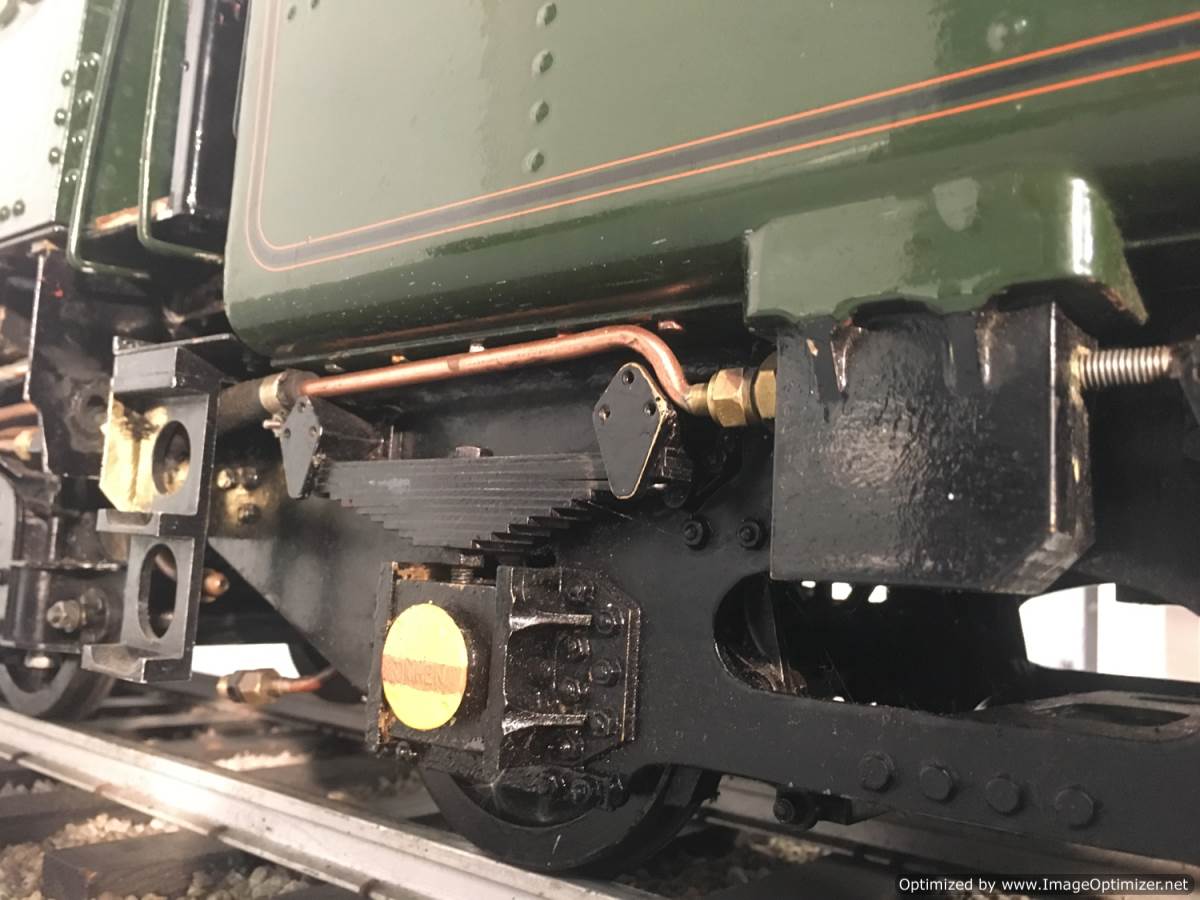 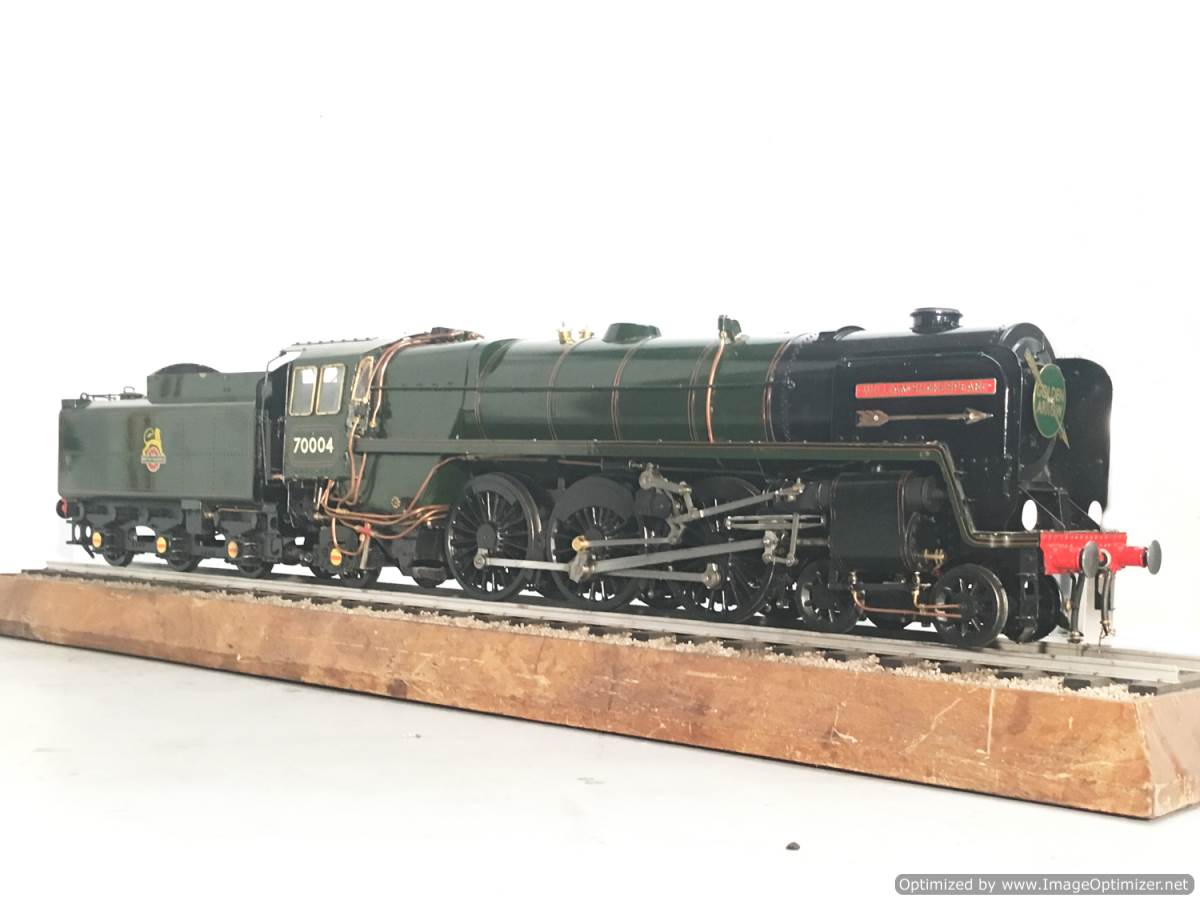 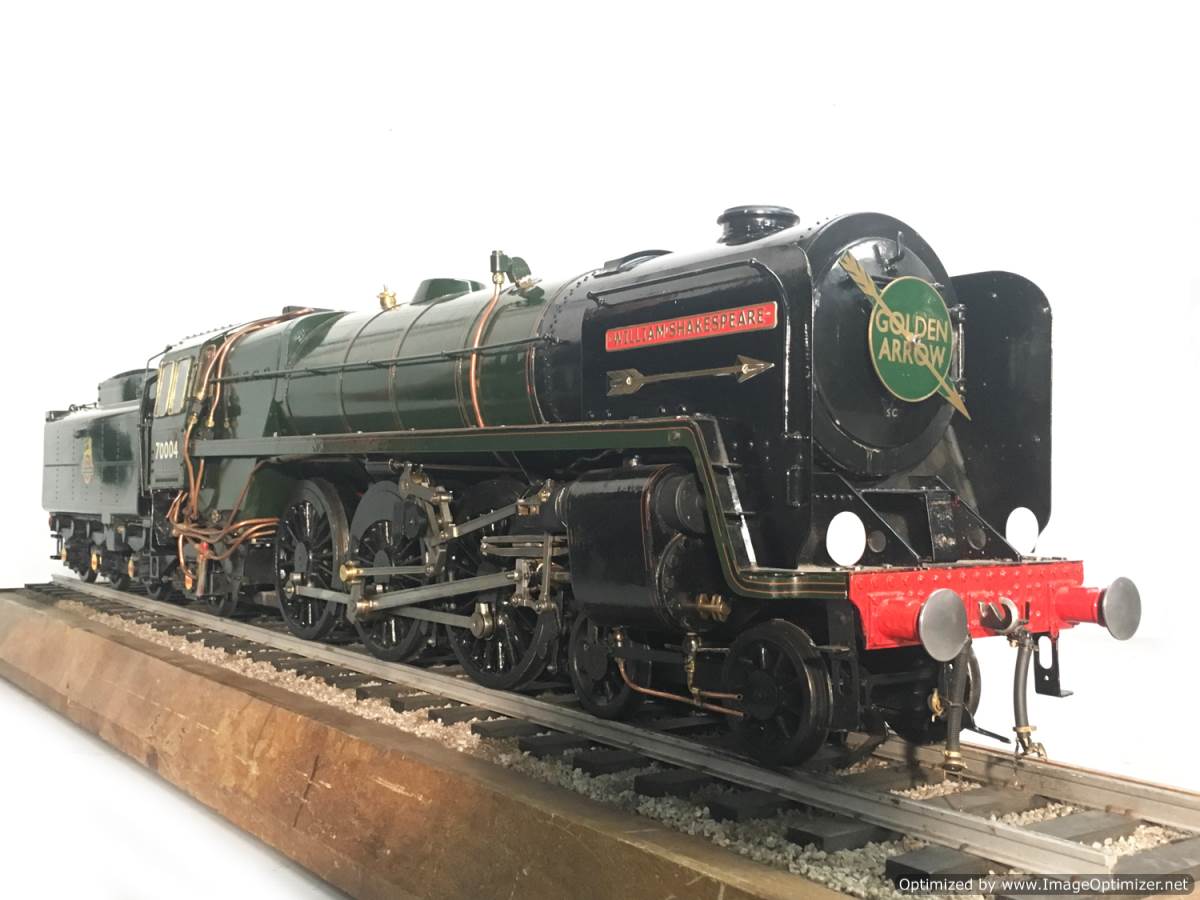